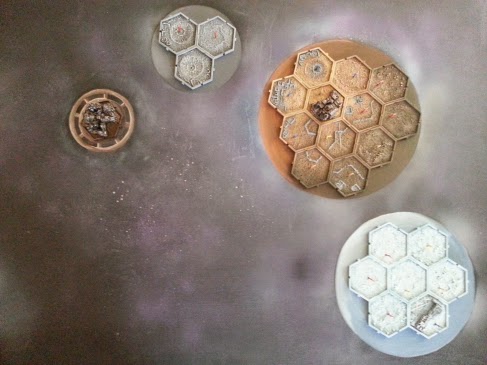 "They're preparing to enter real-space" said Lucian. "Stand by for the co-ordinates."
Nestor roused himself from his his ennui at the Chief Sorcerors words. For three days the Veritas Invicta had tracked the Death Guard ship, the Corpus Mundi, through the Warp. A feat that had not been without its costs, evident by the shrivelled dessicated husks of the Sorceror's Acolytes that littered the chamber.
"On my mark prepare to enter real-space."
The skirmishes for the Underhive of Toil's End had not gone well for Nestor. The Death Guard had secured three transponders while the Castigators had managed to retrieve only one. The Death Guard had triangulated the position of the jamming transmitter and had boarded their flag-ship entering the Warp to seek it out. Nestor had immediately boarded the Veritas Invicta to pursue them, but they were still 12 hours behind them.
"Mark." commanded the Sorceror.
The ship groaned and shuddered as the stresses of traversing the barrier between real-space and the Immatarium threatened to tear the ship apart. Just as it seemed that the Veritas Invicta would break apart the vibrations ceased and calm was restored.
"Report." demanded Nestor.
"The Corpus Mundi is 12 Hours away holding position. Probe already launched, we will receive visual confirmation in 5....4....3....2....1.....visuals coming on line now my Lord."
Nestor looked at the view screen. The Corpus Mundi was dwarfed by the space station that it was docked alongside. Nestor cast an inquiring glance at the crewman.
"The station is not showing up on sensors, my Lord."
"Prepare Boarding Torpedos and assemble my War Council.....I want that Space Station."
Read more »
Posted by Castigator at 01:04 No comments: 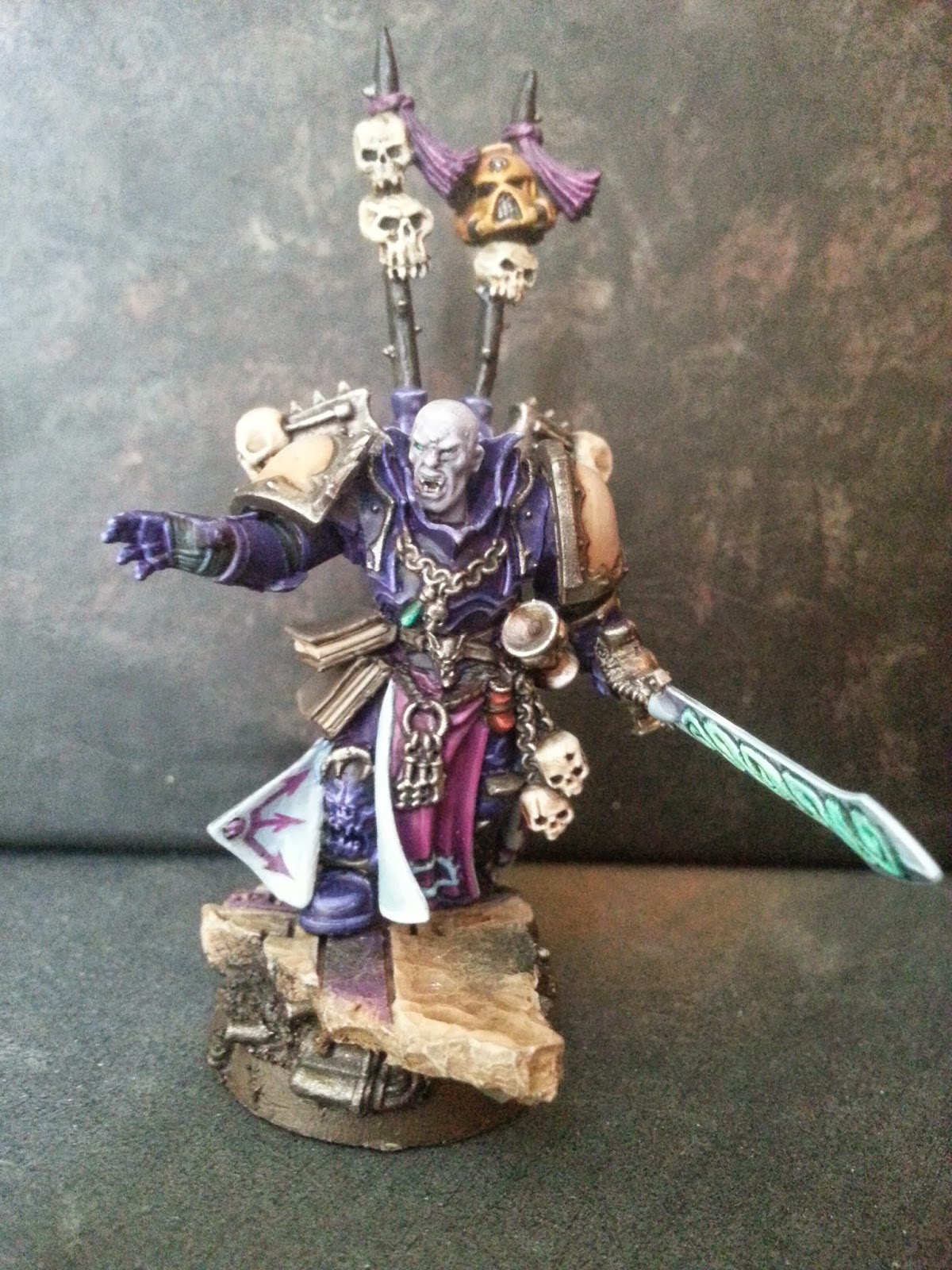 “I shall cut many threads this day” boasted Sven as he fastened himself into his harness.
“None shall escape our murder-make” agreed Hjad with a raucous shout.
The rest of the pack merely smiled at their youthful exuberance. It was their first mission as a Grey Slayer and although Heinrik had no doubt that they had earned the right to join the pack, their eagerness must be tempered, they still showed the wild abandon and occasional recklessness that typified a Blood Claw.
The deck vibrated. There was a dull, dead sound like a giant gong striking arrhythmically in a distant palace of echoing marble. As one they donned their helmets and prepared themselves for the trials ahead.
“For Russ and the 13th” Said Heinrik as the Drop Pod hurtled towards the Hive city.
Read more »
Posted by Castigator at 09:59 5 comments: 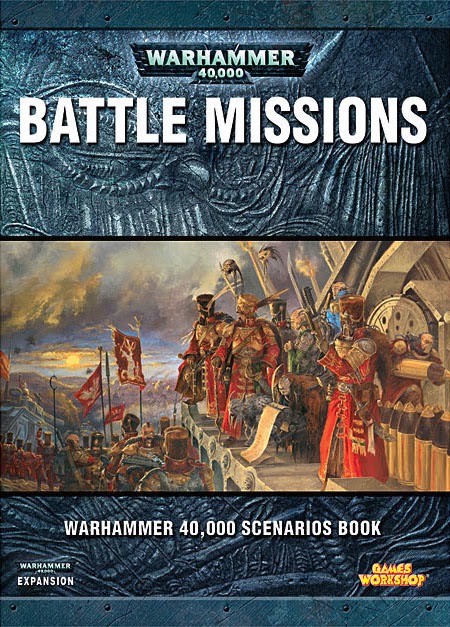 Shards of data shattered against Janus’ defences. With contemptuous ease the Warpsmith turned aside the scrap code as it attempted to repel him. Janus played with the idea of allowing it into his mind to experience the wondrous agonies that such a battle would bring, but the foreboding presence of Nestor stayed his hand. Instead he teased it into a new direction, toying briefly with its singular desire to destroy him, Janus lured it back to its source. A flicker of satisfaction sparked within as he twisted the scrap code’s program into devouring itself. Surging past the remnants of his assailant, Janus entered the data-stream. His consciousness swam in the sea of data, plunging its depths in search of the engrams that would lead to his goal. Exhilaration coursed through him as he skirted eddies and located his prize, pausing only to activate the transmitter, the Warpsmith’s consciousness followed the signal into the void and found…..nothing!
“Do you have it?”
“No my Lord, I have followed the transmitters signal, but it will require another two communication relays to triangulate the position.” said the Warpsmith in his customary monotone voice.
Nestor nodded and opened a comms channel. “Assemble the war council, our work has just begun.”
Read more »
Posted by Castigator at 04:03 No comments:

Storms of Judgement - The Storm Rages 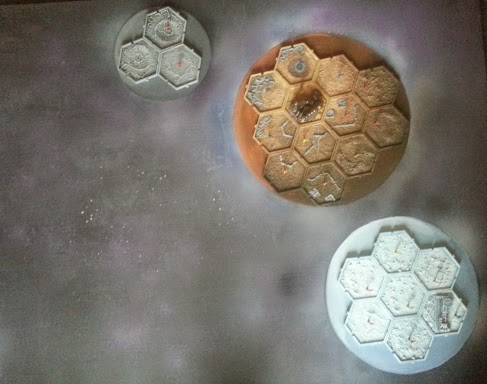 Singed flesh, ozone and sacred unguents assaulted Nestor’s nostrils. He breathed deeply savouring the sickly sweet aroma as he waited impatiently for the Warpsmith to uncover the secrets within the communication relay.
“Shackle the soul and forge the flesh. Bind the machine and butcher the rest.” chanted the Warpsmith as his Mechatendrils caressed the relay, their data spikes penetrating the relay’s data-ports, eager to become one with the machine. Nestor watched with mild curiosity as the Warpsmith fell silent, his body swaying to an unheard rhythm.

The battle for Toil’s End had been a stimulating experience. Seventy per cent of Lathe’s Hive city was firmly under his control, but it had not been without its costs. Darius had lost most of his squad to the accursed Death Guard and was even now having a new augmetic limb fitted by the Fleshsmiths. N’kari had been banished back to the warp and it would take many sacrifices to open the way and allow the Keeper of Secrets to rejoin them.
With the main communication relay in his hands it was only a matter of time before he pin-pointed the source of the transmissions that hampered off world communications. Because of the interference no ship could venture further into the Pandora Cluster lest they be ambushed by another ship or lost in the receding warp storms. Where ever this transmitter was located he would find it and control it, revealing the system to the Dark Prince’s desires….
Read more »
Posted by Castigator at 11:03 No comments:

The Colours of Chaos - Squad Prurient

I love Noise Marines and I've always had at least one unit in my Castigators. A Slaanesh Chaos Space Marine army without them isn't really a Slaanesh army as far as I'm concerned. So I thought I'd take the opportunity to introduce you to Squad Prurient, formerly of Vorlath's Emperors Children, but who have now pledged their allegiance to the Chosen of Slaanesh, the Castigators.

Storms of Judgement- Encounter at Fahrenheit 451 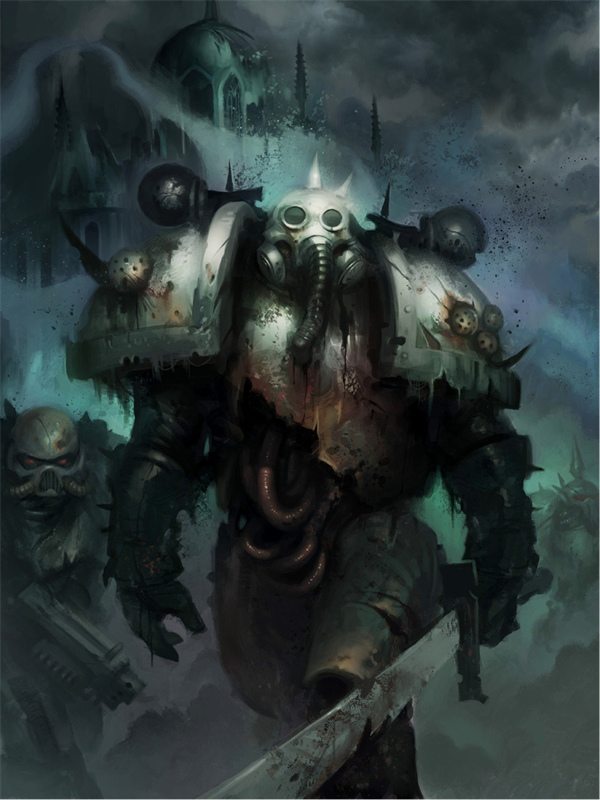 Tosis Mire's disdain of his orders to pick through the rubble of this shanty town was clearly evident. He wasn't even sure if what he searched for was of any use. This little foray was probably just a ploy to keep him busy while Festus concocted another of his delicious serums. He would however, have to bide his time, if only he could see combat today. He needed to hone his skills,  Festus could not be blind-sided easily and he would need all the practice he could if his coup was to be successful. Just as his frustration was about to be exacted upon an unfortunate member of the Eidos Loimos cult,  movement was detected on the other side of the compound and although this was supposed to be a recon mission, his impatience got the better of him.

Read more »
Posted by Castigator at 13:10 No comments:

Taking a break from their Storms of Judgement campaign, the Castigators made the perilous journey to the Preston system to do battle with countless rogues, villains and miscreants. Many, lured by the phantom shrieks of the fabled Dragon and Golden Turkey echoing throughout the warp, answered its call. Some coveted the glory and power that only the Dragon can bring, whilst others sought solace in the strangely alluring and comforting talisman that is known as the Golden Turkey. For Nestor and his Castigators, these trinkets paled into insignificance next to the prize of defeating his Brother Vorlath the Forsaken and reaffirming his divine title of Chosen of Slaanesh. Here is the tale of the Castigators exploits.....

Email ThisBlogThis!Share to TwitterShare to FacebookShare to Pinterest
Labels: Tournament

Storms of Judgement - The Storm Breaks 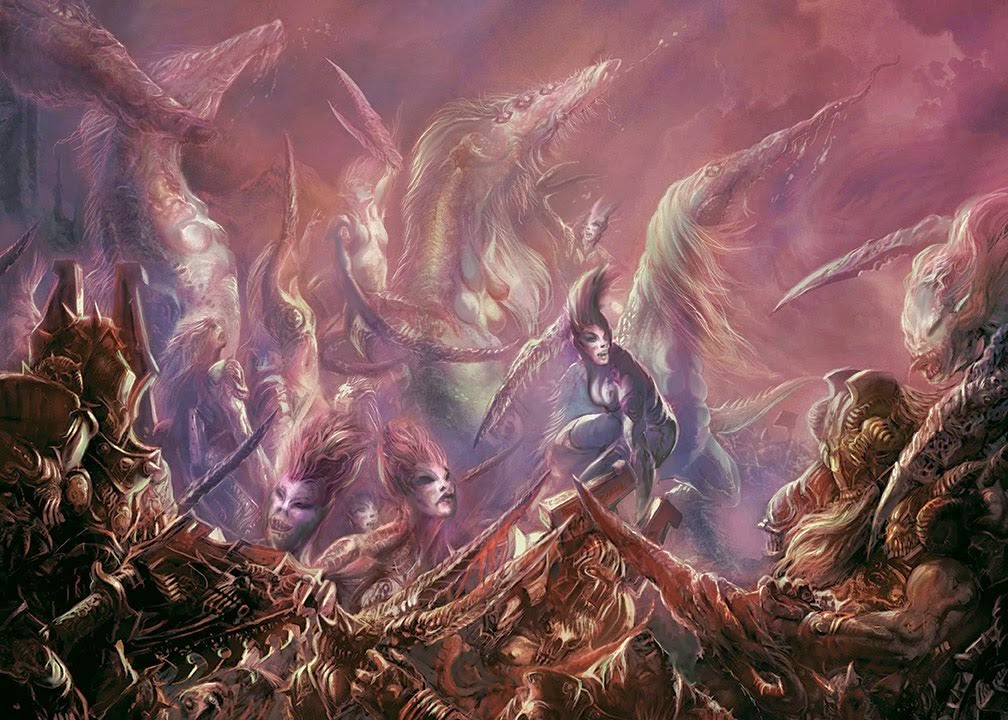 Nestor surveyed the scene before him and smiled. Rising to the heavens stood a tangle of blistered metal, fused stone and tortured flesh twisted together into a perversion of sculpture offering sweet praise to She Who thirsts. Daemonettes danced and cavorted around the obscene monolith, taking it in turns to hang the bodies of fallen Space Wolves and Black Templars onto its grotesque protrusions.

Nestor watched with amusement as the Daemonettes dropped their macabre trophies at the sight of N’kari approaching them. The Daemonettes rushed towards the Keeper of Secrets, encircling him like eager children who run towards a parent, all ready to tell them all about their day. The beguiling daemon held aloft the body of a marine in its lacquered claws, laughing as his children leapt into the air to try to claim their present. The Space Wolf let out a moan and a squeal of delight pierced the air as the Daemonettes realised their present still lived. Within a heartbeat their impish glee turned to wanton lust and their arousal threatened to bring down the mighty daemon. An orgy of violence erupted as N’kari tossed the marine into their midst.

Nestor’s comm-link crackled into life…..”Area secure, my Lord. Shall we make camp?”

“Negative, our allies are not yet spent, prepare to move out.” Replied Nestor as he turned towards his troops. Behind him the Space Wolf began to scream….

Read more »
Posted by Castigator at 11:39 No comments: 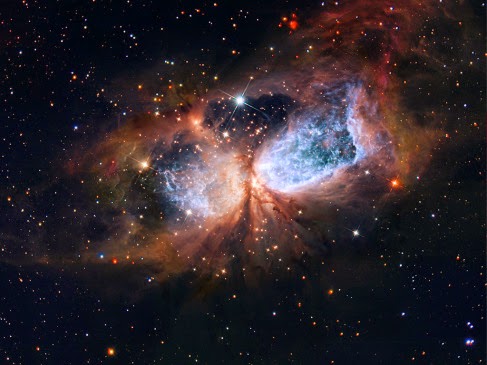 Read more »
Posted by Castigator at 12:34 No comments: