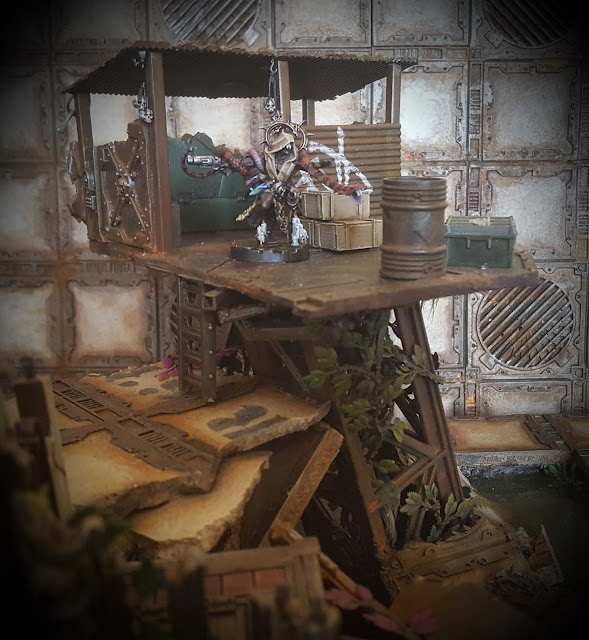 The Sump Swamp of Stranglevine Creek is a dank and dangerous place. Grapple Weed, Barbed Venomgorse and Shardwrack Spines thrive in the swamp's fetid environment, deterring all but the most fool hardy or desperate. Even the most experienced of locals occasionally fall prey to the sump-snakes, sludge-jellies and the myriad other fauna of Stranglevine Creek. Those who venture deeper into the sump swamp face the greatest risk of all, the Voodoo Dolls of House Escher.
Despite this, one man moves freely throughout the region, impervious to the dangers that Stranglevine Creek holds....Danh Bokor. 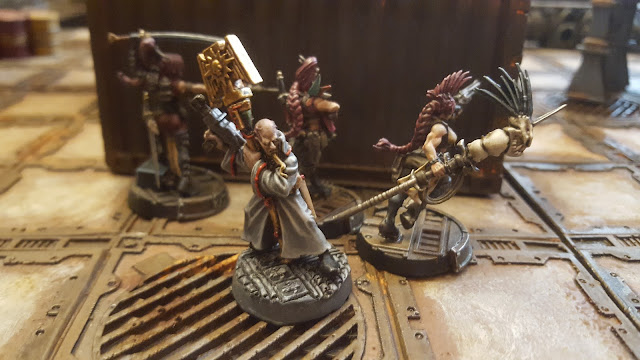 Rumours about an enigmatic off-worlder being escorted by the Voodoo Dolls through the Tunnels of Payne's Labyrinth were circulating last cycle. Witnesses claim that the mystery figure had an otherworldly air about him and spoke with a distinct accent. "Whoever he was, he gave me the creeps, had eyes that seemed to bore right into ya." Declared one witness from a local drinking hole.
"He tipped real good, so he ain't all bad!" Stated the owner of said drinking hole.
A spokesman for the Guild of Coin refutes the claim that the Dolls are negotiating an off-world trade deal, adding that "They'd be in serious trouble if they didn't run it by us first!"
The local Enforcers confirmed that there was no new investigation involving the Voodoo Dolls although they asked the Herald to convey that there is still a substantial reward for information leading to the arrest of any gang members.
Further rumours claim that he was an agent of the Magos Biologus researching the flora and fauna in the Underhive. Witnesses report that he had an 'unnatural way' with the local wildlife, with one witness describing him as "all freaky like....as spooky as a Ratskin Shaman on Shrooms!"

Whatever the truth is, he picked the wrong district to meet up with the Voodoo Dolls. The Kindred had chosen that time to make a move for the rights to Payne's Labyrinth.