Rockridge News! Cycle of violence sweeps through the Underhive. 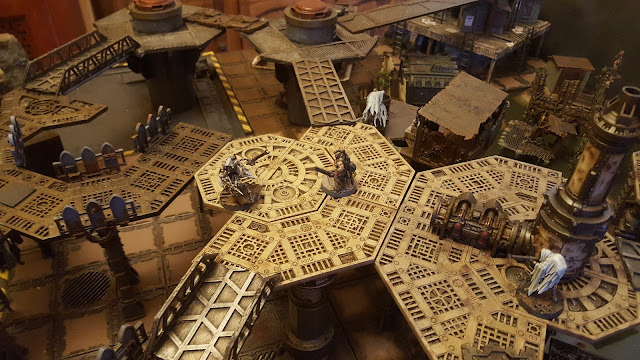 Pausing only to retrieve his weapons, Dexter charged into the Marionettes champion and quickly took him out of action. 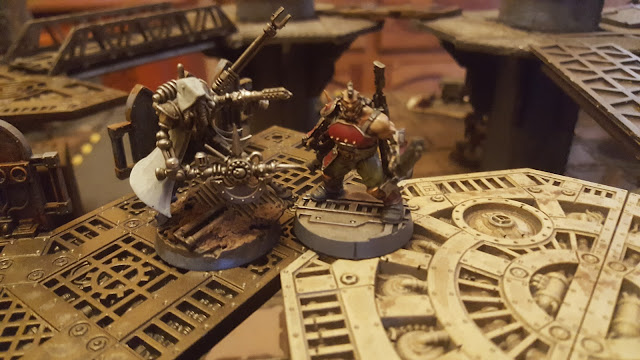 The Goliath's victory was short lived however, as the Puppet Master plunged his Shock Stave into the back of the Goliath champion's skull. The Clean-up Crew watched in horror as their champion's lifeless body plunged into the sump swamp below, leaving the Renegade Mech firmly in control of the collapsed dome of Dustmere.

Ambush at Guilder's Reach.
The Voodoo Dolls met with a stranger of dubious character in the Tech Bazaar of Guilder's Reach while under the watchful gaze of the Kindred of the Dawn Shadow. 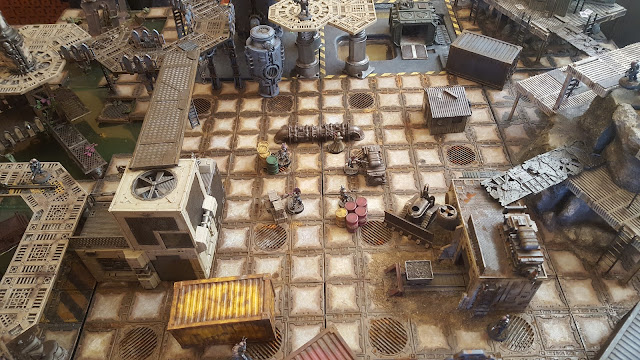 As the mysterious stranger approached, the Kindred opened fire on them. Their contact made a swift exit leaving the beleaguered Escher to the attentions of mining syndicate. 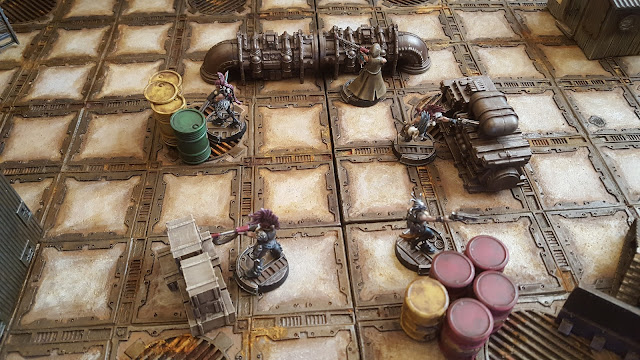 As the Voodoo Dolls attempted to break out from their predicament, they were mercilessly gunned down.... 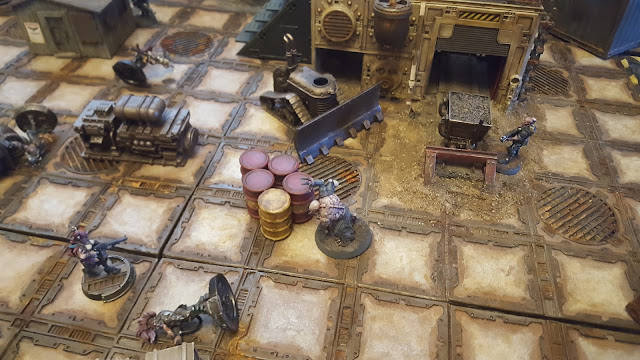 ......leaving the Escher gang with little choice but to flee Guilder's Reach and leave the Tech Bazaar in the firm control of the Kindred. 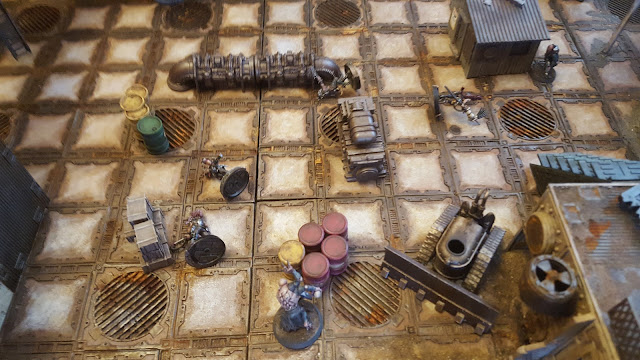 To add insult to injury, the Dolls' juve Cinders had to receive treatment from the Kindred's doctor. The young juve was said to be recovering well but the Escher gang's reputation was severely undermined.