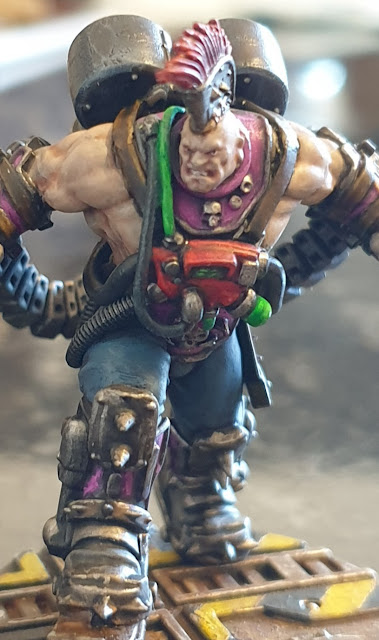 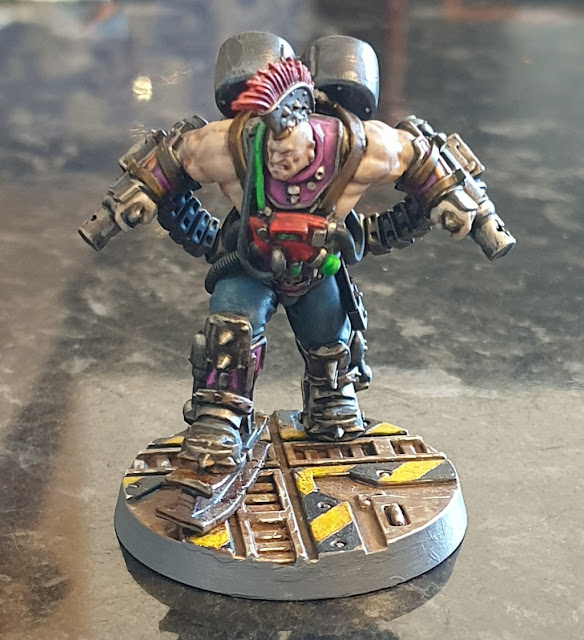 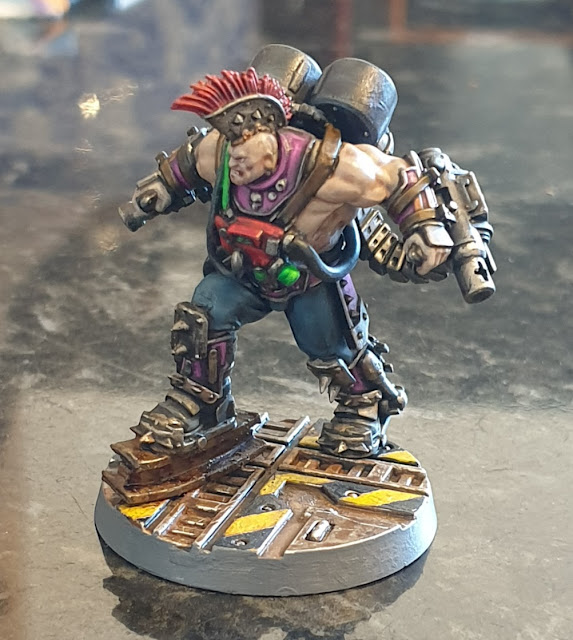 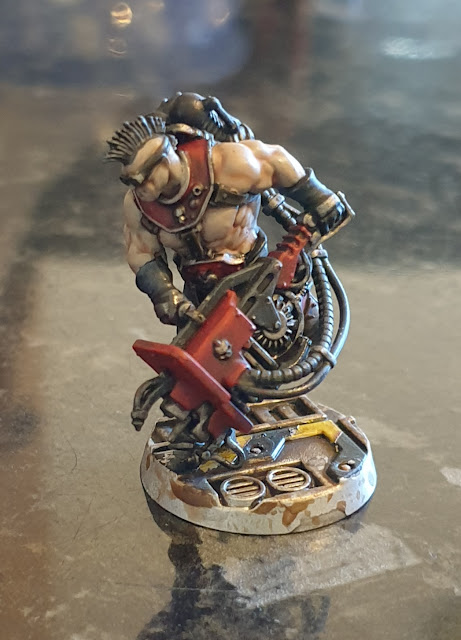 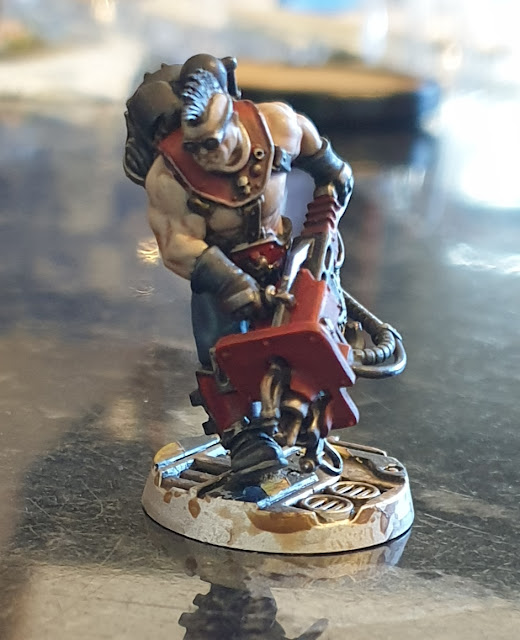 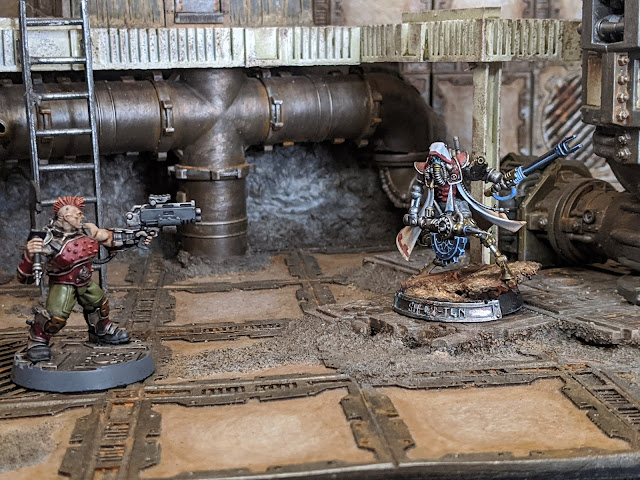 Like a Phoenix rising from the ashes, Zenith rose to his feet, casually patting himself down to extinguish the flames that had engulfed him.
"Is that all you have tin man? I had worse burns on my first day in the forge." Mocked the Goliath.
The Princeps activated his power axe by way of reply.
"That's a real pretty axe you have there, think I'll keep it for myself and sell the rest of you for scrap tin man."
Zenith raised his bolter and fired two shots at the Mech Champion.
The first round tore into the Princeps' arm and his power axe dropped listlessly by his side, the second blew chunks from the coolant tank as the Mech Champion dived for cover. 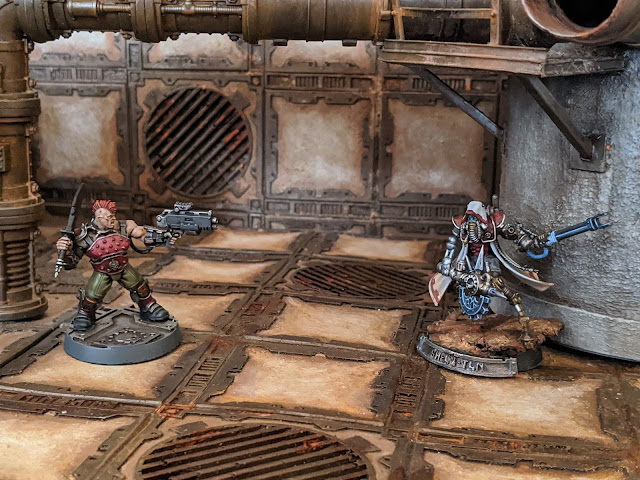 Zenith leapt over the pipe work to follow up his attack.
"You're quick tin man, I'll give you that. Now let's see if you can fight as well as you move."
The Princeps emitted a burst of binary static as the Goliath closed the distance.
"Squeal all you want tin man, there's no one else here. So if you want to beg for your life, you better make it in Gothic." 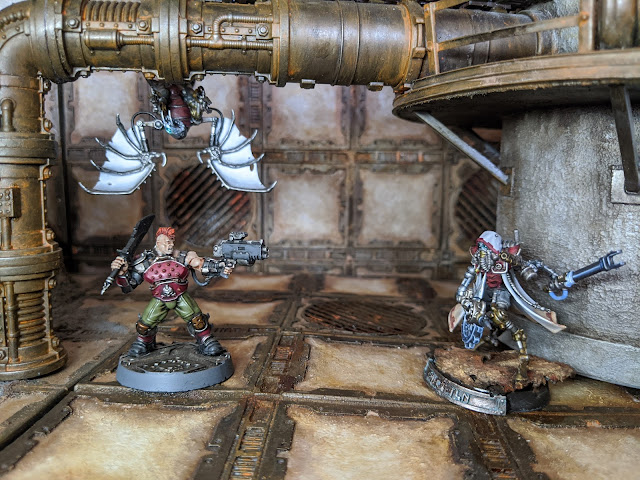 "Time to die tin man." said Zenith with a grin.
As the Goliath carefully took aim once more with his boltgun, the Princeps' Grapplehawk dropped silently from the overhead pipework. 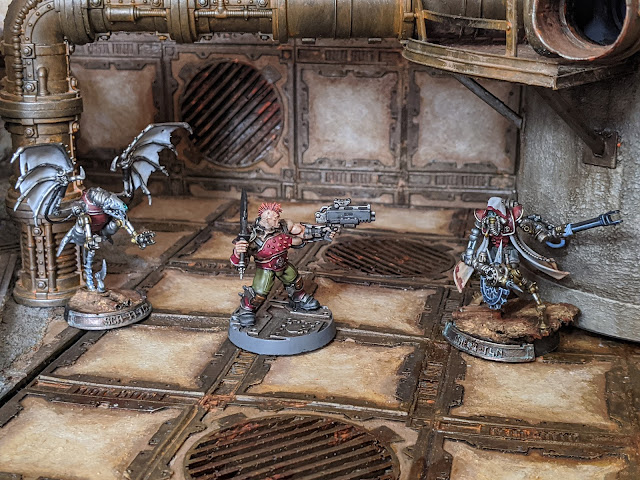 As one, the Grapplehawk and Mech Champion struck. The Princeps sliced through Zenith's wrist with his power axe and the Goliath's bolter fell to the floor, his hand still twitching upon its grip. At the same time the Grapplehawk clamped on to Zenith's left arm, it's fangs biting deep, severing his nerves and several of his fingers.
"I will not yield tin man!" Screamed Zenith into the Mech Champions face as the Princeps plunged his Shock Stave into the Goliath rending him unconscious. 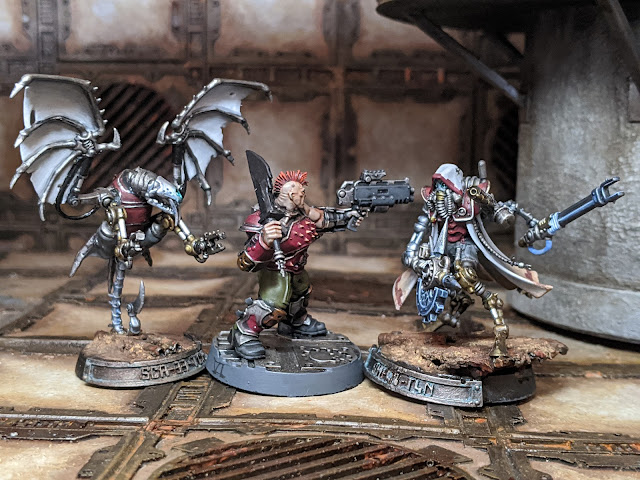 Zenith awoke strapped to a gurney. Before him floated a Medicae unit, the likes of which he could never imagine in his wildest nightmare.
"I'll tell you nothing tin man" spat Zenith. "I am born of the Forge and you will not break me!"
Another burst of binary static, no doubt aimed at the Medicae unit, before the Mech Champion turned to face the Goliath.
In broken Low Gothic the Princeps addressed the Goliath for the first time.
"Break you? we're not here to break you Goliath. We're here to fix you." 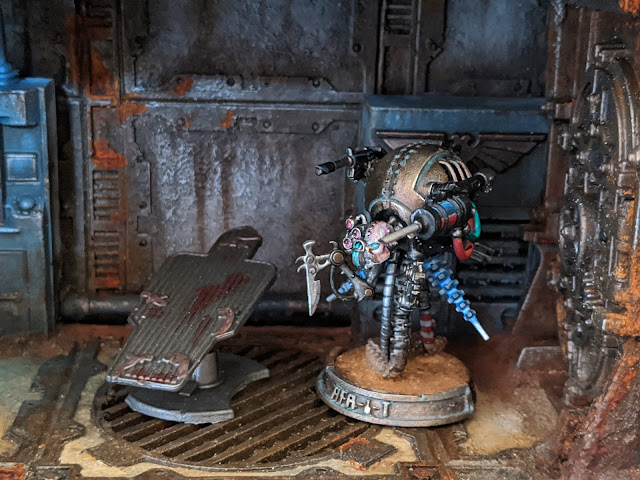 
The masquerade are a tzeentch cult I've been working on lately using the models from the Blackstone fortress game. 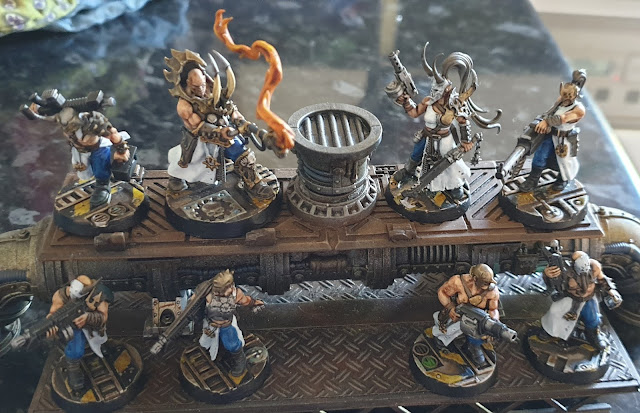 These were a real struggle for me to paint. Not particularly the models as the way I started painting. All the colours were applied over a wyldwood  contrast paint and in hindsight this was far to dark for all the pale flesh and white. 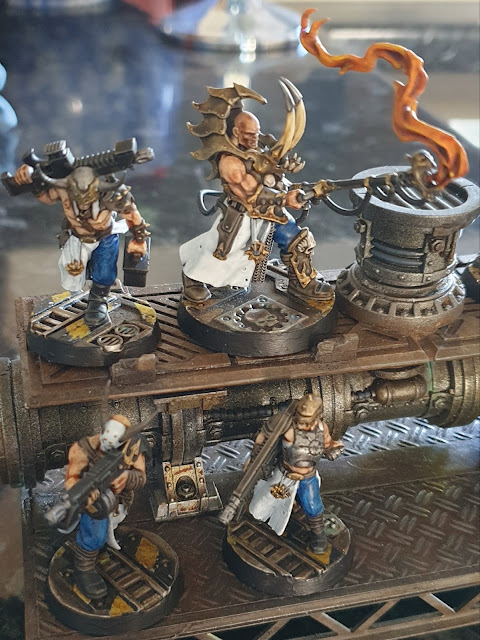 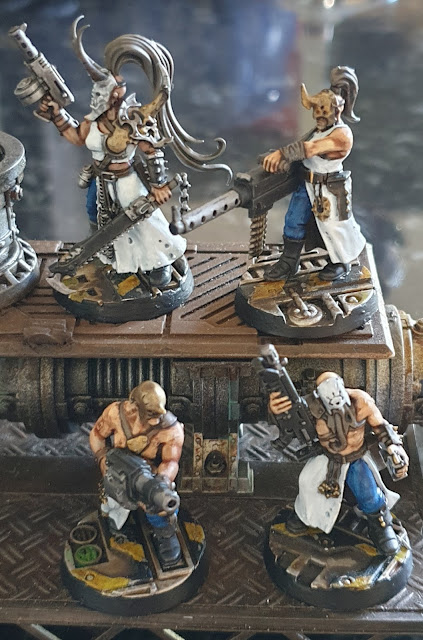 As I'm now inspired to start building the stimmers of the house of chains to show a little love to my goliath gang.

The Skintights are my latest creation born from a need to paint some of my collection before I buy any more models and having lots of spare time on my hands. Although I'm back to work now I'm so glad I spent my time getting these girls done as they may well have lingered in my hobby desk for quite some time. Not sure how much table time they will receive and I'm still to build a satisfactory background for them. The models are exquisite in detail and I dont think I've gone half way to realy getting the most from them partly due to my artistic limits and part due to having seen what Gary acomplished with the voodoo dolls. I am however extremely happy with how they look maybe they can make guest appearances in our games in the near future . 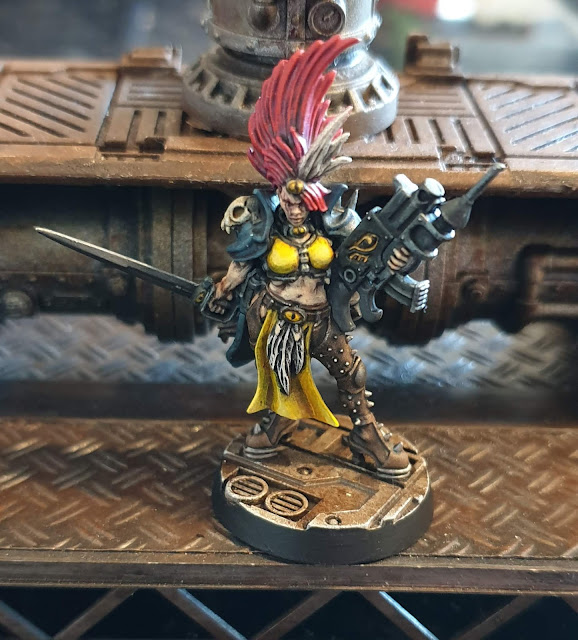 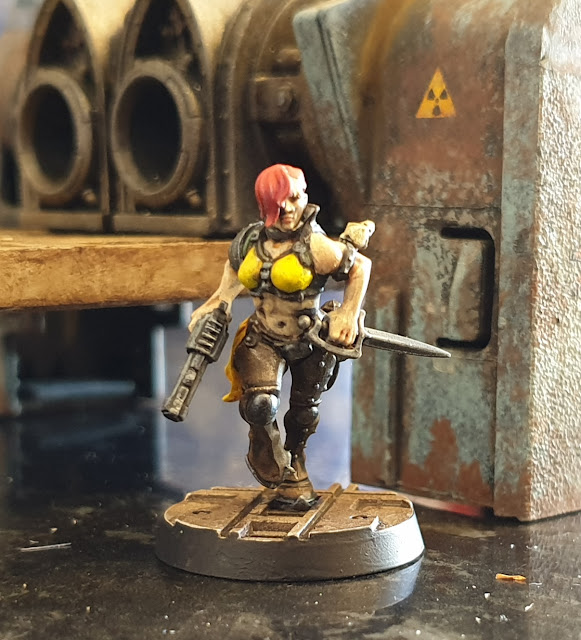 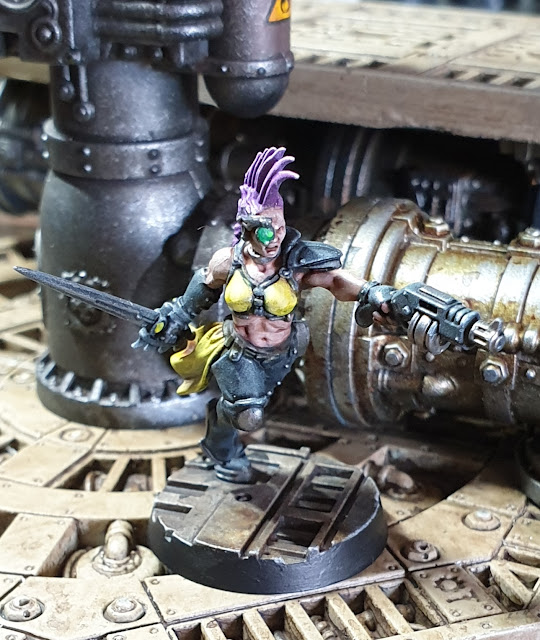 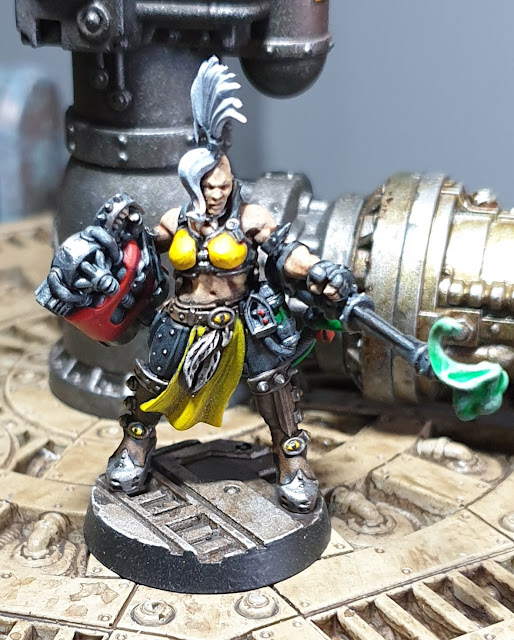 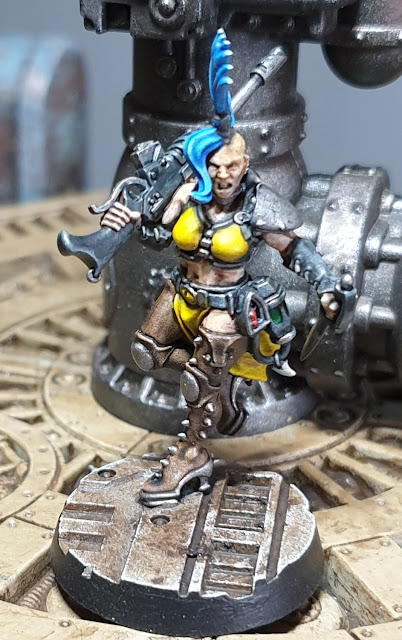 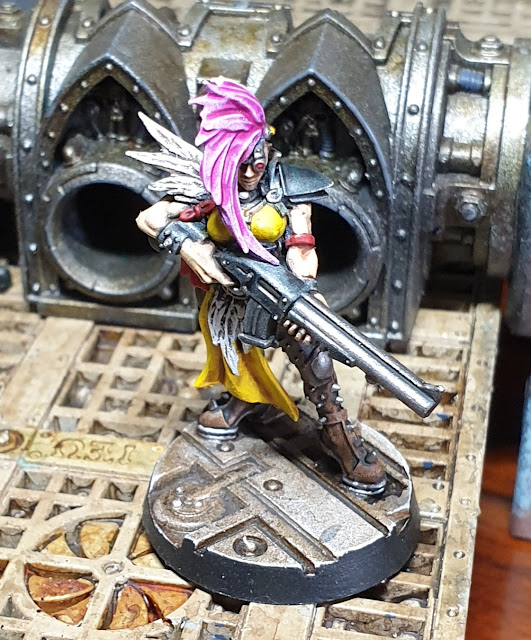 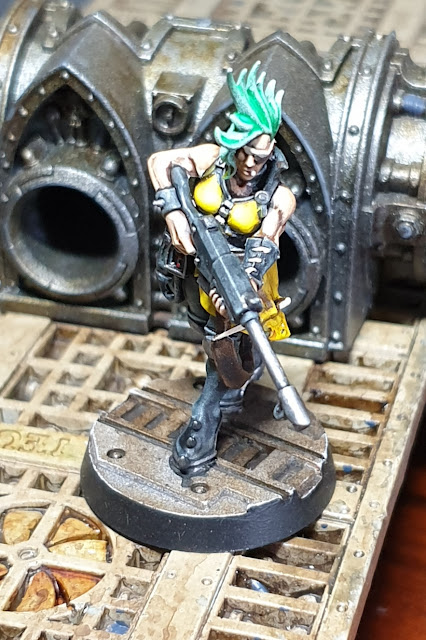 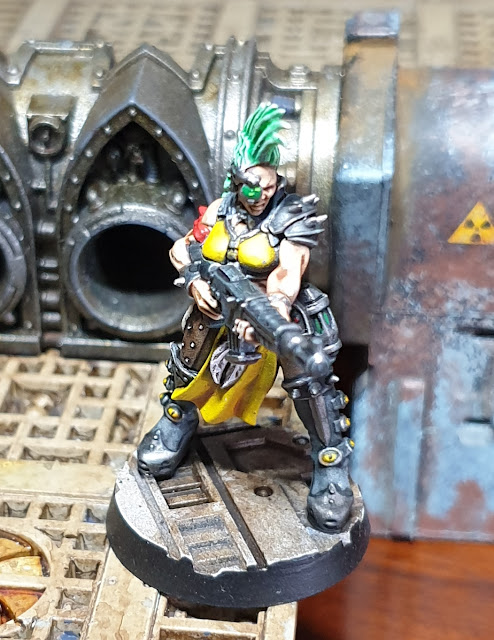 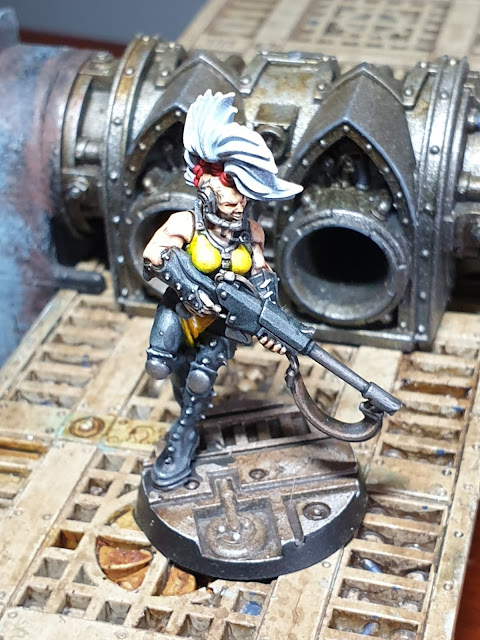