It's been a while so apologies. I seem to have neglected posting anything recently and have just got on with painting. Gary gave me a kick up the arse a couple of days ago so here we are.

The armies of the Blood God have been expanding over the past few months so I thought I'd start with some background and some pics.
The Red Tide is led by Sladiç Blood Eye, a former World Eaters legion praetor who, although a berzerk slaughterer to rival any in the legion, has more moments of clarity than most of his fellow officers. He can see and appreciate what is necessary for his men to prosper more than simply collecting skulls. To that end, he left the legion and took his cohorts with him before the massacre on Skalathrax, which left the World Eaters torn apart. Over the centuries, The Red Tide has garnered a reputation for battlefield tactics of some complexity, beyond mere frenzied assaults, which comes as a surprise to the unwary enemy. Sladiç appreciates the need for fire support, the need for correct timing, the right unit for the job, when to attack and when to defend...
There have been pacts made with various allies. Hellforges have contributed daemonic machines, conquered worlds supply slaves. Even the Blood God himself has noticed the slaughter wrote by Sladiç and his men and favoured him with daemonic support. 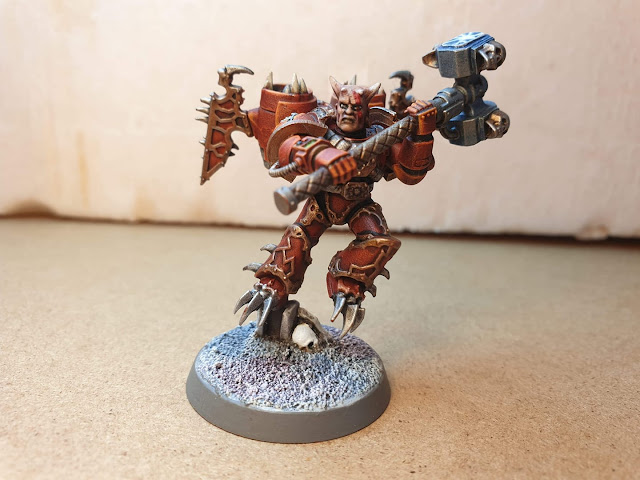 The warp is fickle and the flow of time can take many turns. The journey of Sladiç from legionary to daemonhood manifests itself in many ways. Sometimes he is a marine, other times a mighty daemon prince. Occasionally he will appear in terminator plate, occasionally descending on pillars of flame wielding his favourite hammer. 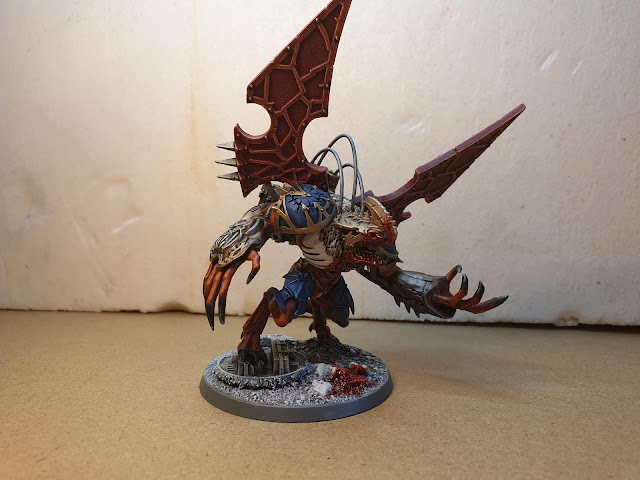 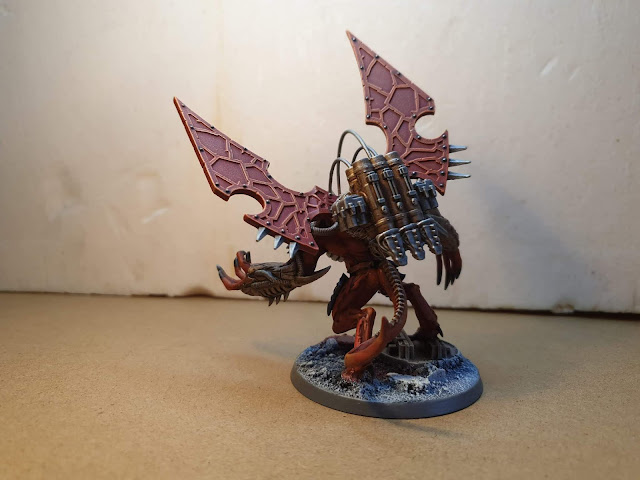 Sladiç, Ascended. Rewarded with daemonhood after the massacre of the entire population of Fizar III, a hive world in the Thanos sector.


That's it for now, I'll be adding more from The Red Tide in the next few days.