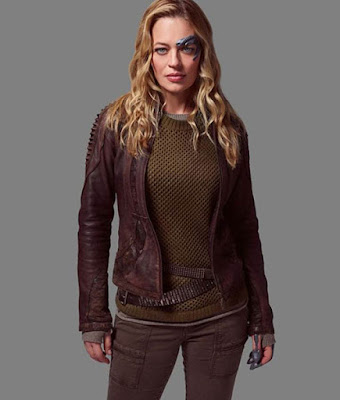 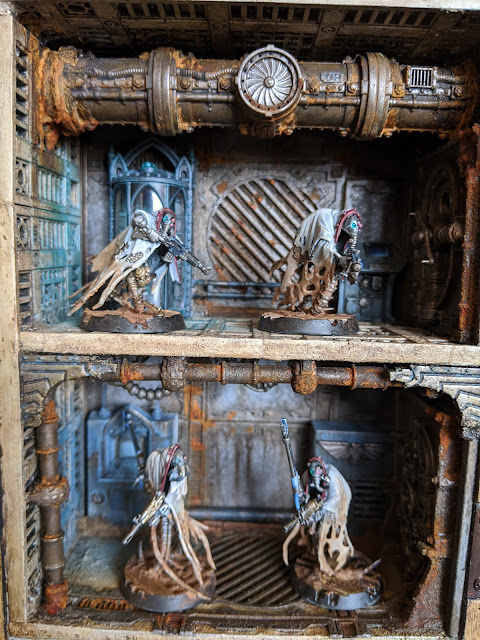 This brings the gang to 7 of 9 members.....actually there's a Rogue Doc and a pet to add making 11 in total but who doesn't want to see an excuse to show a photo of Jeri Ryan from Picard? 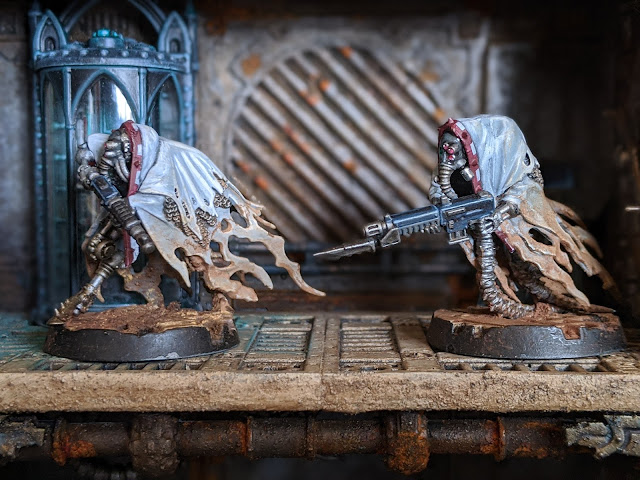 First up are a couple of gangers (or grunts) toting Autoguns. 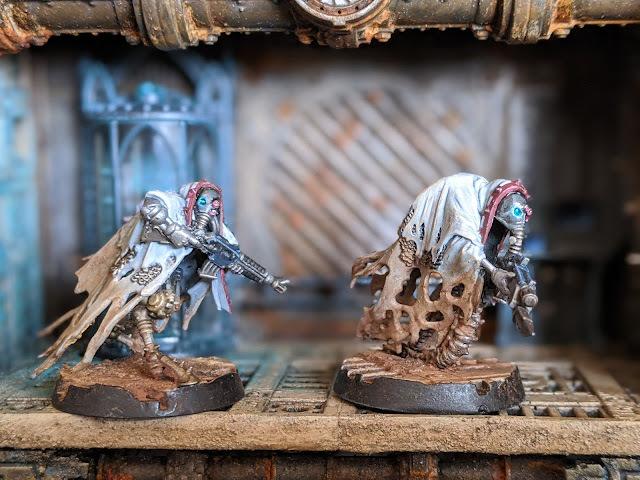 Their armament may seem a little underwhelming.... 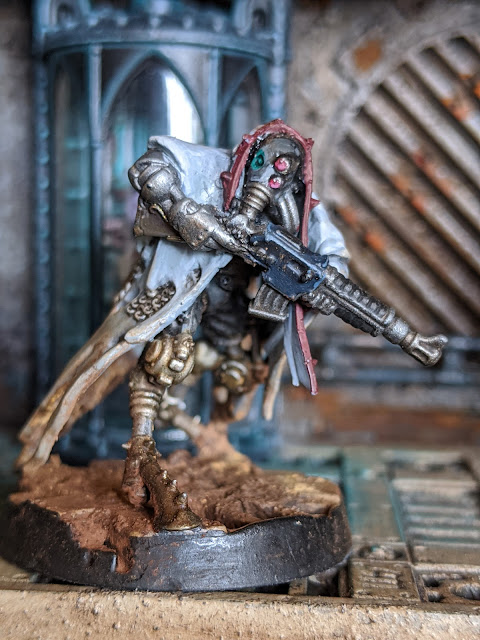 .....but their ocular implants mean that their accuracy can be relied upon to pin their foe. 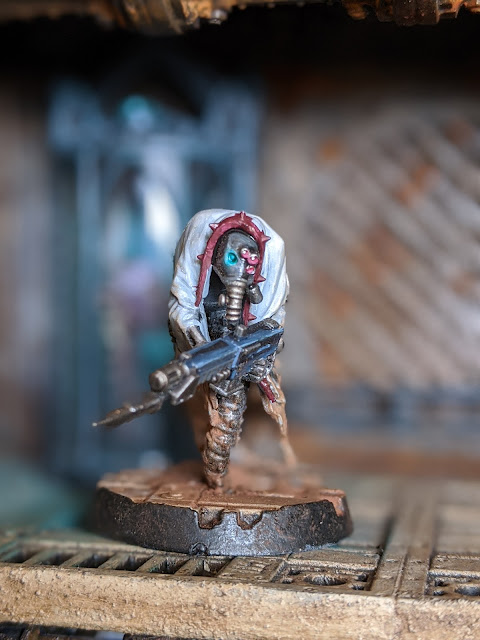 The next couple of gangers are my assault specialists armed with a Flechette Pistol, a Shock Stave and Smoke Grenades. 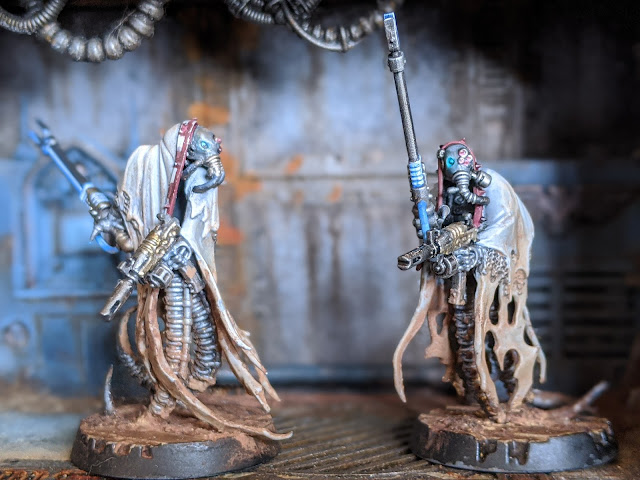 These cost way too many credits for what they do (165creds!) but their armament fits the Ad-Mech background perfectly. The reason they cost so much is because the only way to give them the Flechette Pistol is to give them the Delaque Legacy which makes them very expensive. 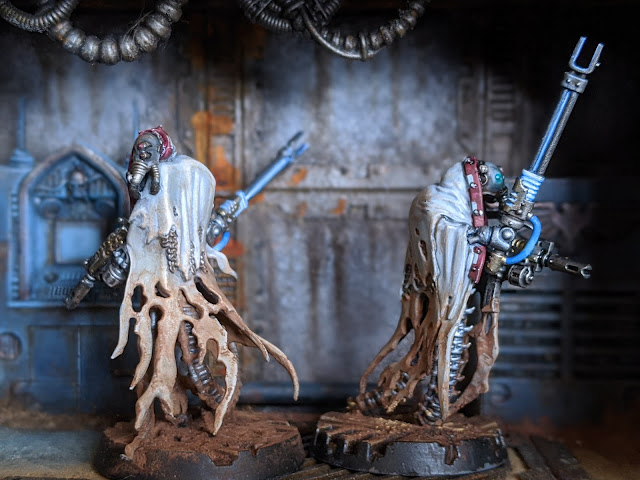 Fortunately, the rule of cool rules all in our games... 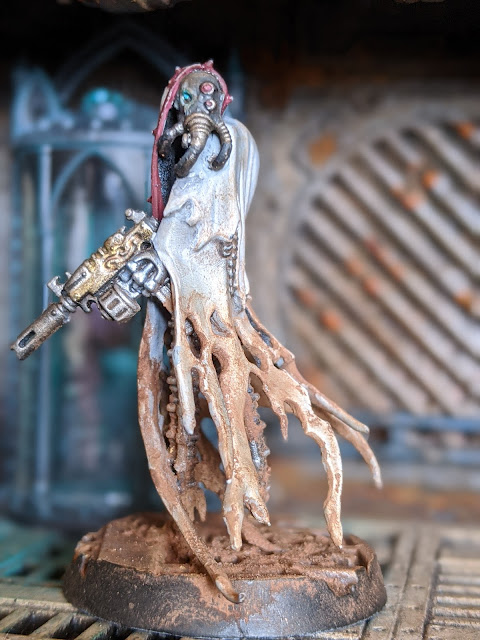 ....so while it would make much more sense to give these weapons to my champions.... 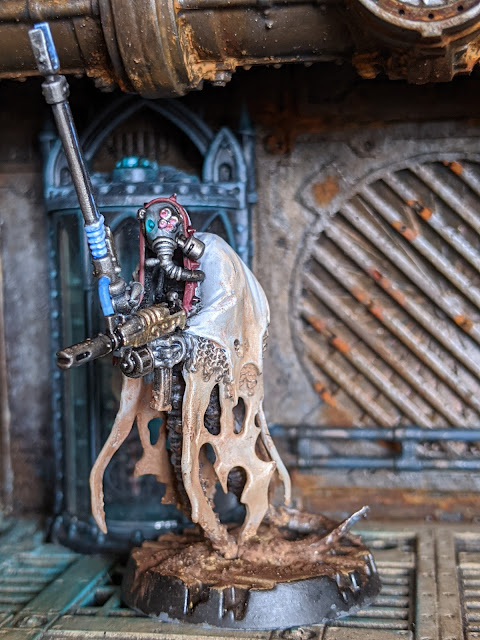 I like the models too much to bother about their lack of efficiency. 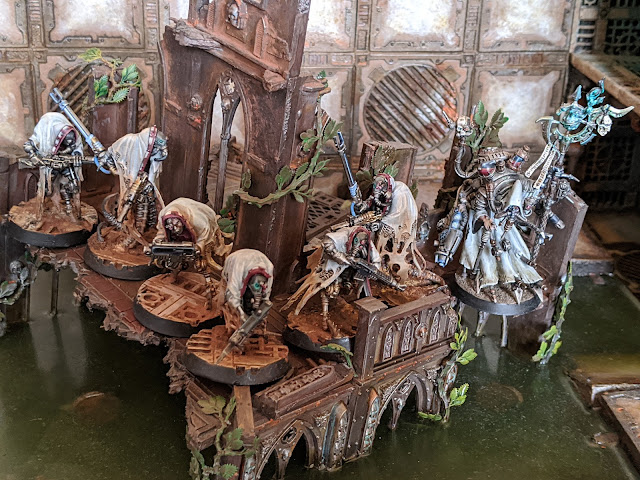 Besides, I have other plans for my two champions 😉

Until next time....may the Hive Spirits watch over you! 😉
Posted by Castigator (Gary) at 07:04