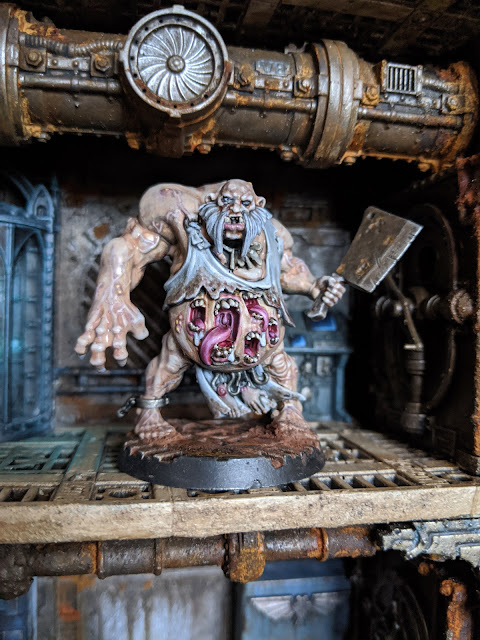 "I crept along the Corridor, the darkness beckoned to explore.
Whispers echoed far and near, when suddenly I'm gripped by fear.
The scrape of metal on the floor, the sound of footfalls as before.
Portent's warning I ignore, and raise my lamp to see some more.
Butcher, cleaver, more I saw, His name he screamed was Sirenmaw!"
excerpt from "The Coarsemen come"

Greetings Sump-Dwellers and a belated Happy New Year!
Now that the palaver of Christmas is out of the way, I can return once more to de-chaosifying the Gellerpox to look more like mutants and less like the warp-touched monstrosities that they originally were. 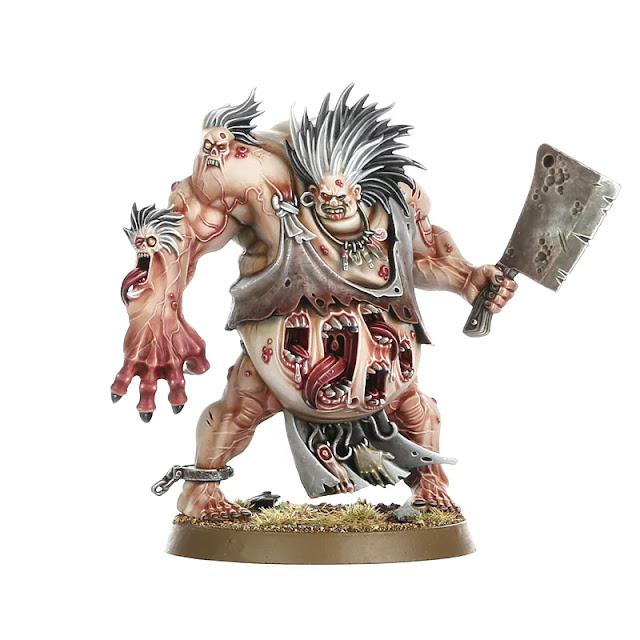 While the original model looked great, the heads detracted from the horror of his stomach and were a little too cartoony for my tastes, so they had to go. Fortunately Rob had an old ogre head kicking around so I used that and removed the heads growing from his arm which I think accentuates the maws squealing from his stomach.....and so Sirenmaw was born! 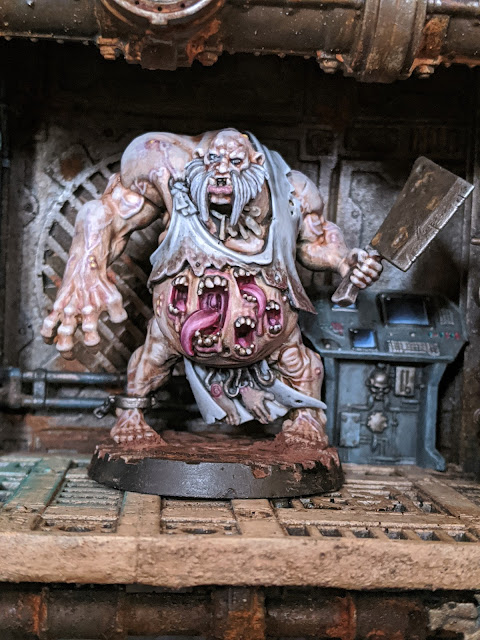 Once again I experimented with contrasts paints for his skin and once again I stayed away from green or the lurid colours that are associated with chaos. 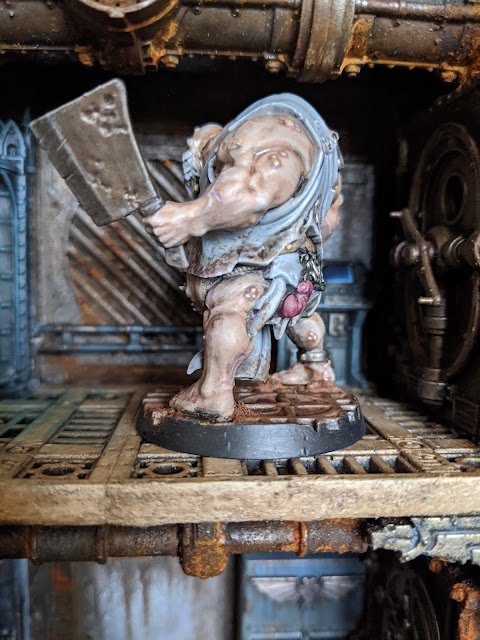 The contrast paints are great for models with a lot of texture but one thing I have noticed is that their satin finish can distort the colour when photographing them. I might slap on some matt varnish to see if that helps. 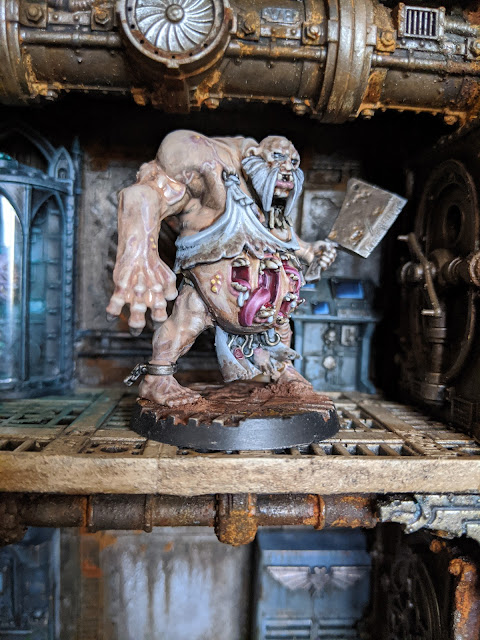 Because the Coarsemen will be  NPC's for out next adventure, I didn't spend as much time on him as I would for a ganger but I think they'll look good enough when they make their presence known. 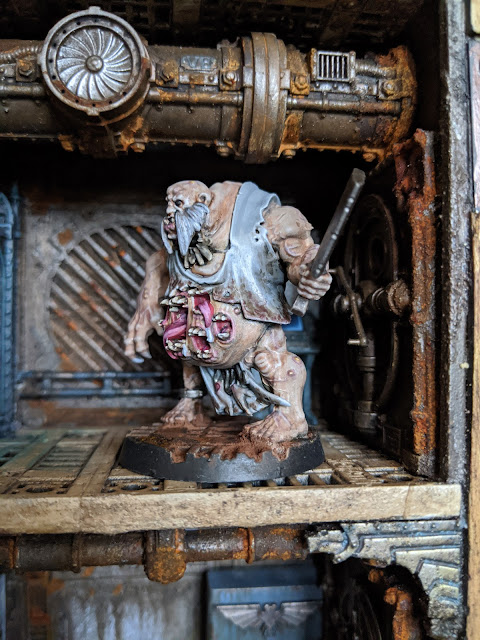 He's quite the monster when it comes to size as well, towering over Maman Brigitte as you can see... 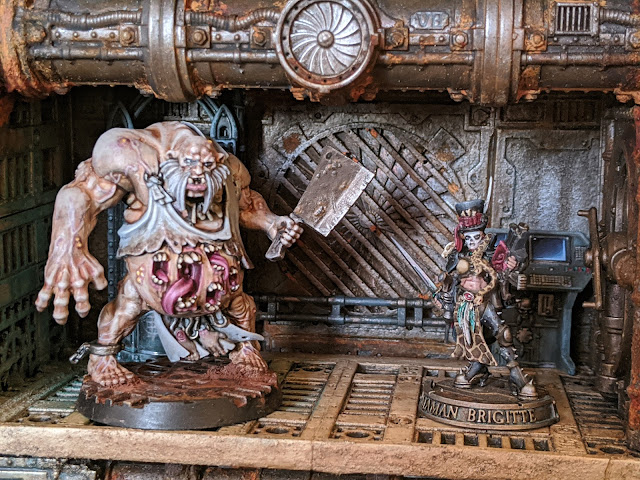 ...and is noticeably bigger than his brother Rhinox. 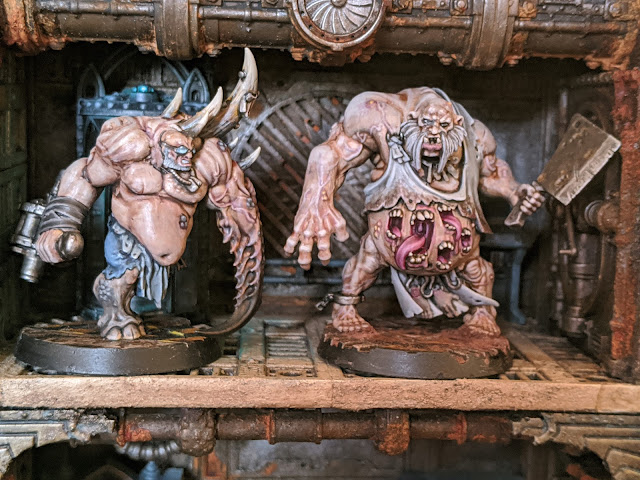 Until next time....may the Hive Spirits watch over you 😉