Necromunda Backdrop - The Thing In The Tank 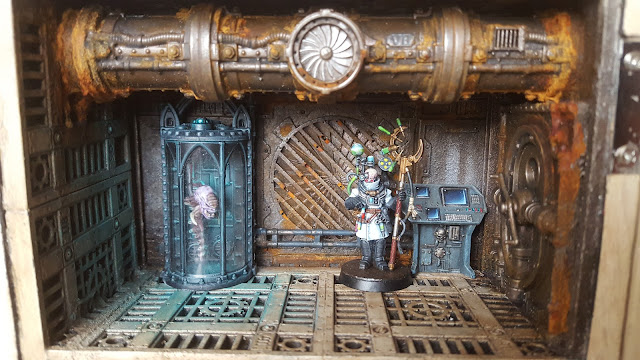 Most of the uninitiated population of the Spire are unaware of the existence of aliens such as Aeldari or Orks, let alone the autonomous race of Necrons or the T'au. Those well travelled have heard mention of Ambulls, Sumpkrocs or the giant spiders on the sump seas but to the teeming masses of Hive Primus the existence of alien races is unheard of.
Not so with Fellon Black.
As an Adept of the Divisionis Biologis, Black had heard whispers about strange races and read reports on ancient lost cultures unearthed over the years. But never had he read anything about something so abhorrent as the thing in the tank.
Now staring into those glassy lid-less eyes, he imagined it was looking back. It wasn't of course ... it couldn't. All the stasis locks were closed with both primary and secondary power conductors firmly attached.
Yet the thing in the tank's cold, black, unfathomable eyes burned with a keen intelligence. Even after all these years it excited him. Fellon could feel the hairs on the nape of his neck raise as he stared into those alien eyes. The flicker of a lume globe, a trick of light, his imagination ran wild that it glared at him with anger. He allowed himself a chuckle.
Where it had come from he didn't know, what he did know was that its biological makeup was immeasurably more complex than that of a standard human being. It had taken him to the limits of his intellect and no small measure of time to synthesise a biophage that would not be rejected by the human immune system. The regenerative capability of the thing in the tank's immune system was a revelation, some less scientific minds might even say miraculous or divine: And, he supposed, if not this creature, then what else would be deserving of such adoration?
A faint murmur from below lifted him from his reverie.
For a moment he had forgotten all about the man who lay dying on his gurney.
"You know" he said "I think you might just be the luckiest man alive" as he drew 300ml of thick green liquid into a large syringe "You won't be dying today sir!" 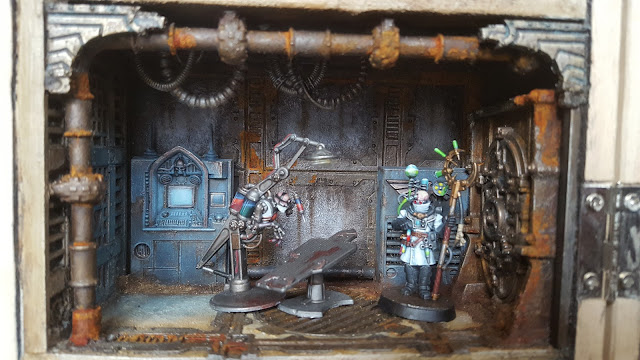 Greetings Hivers, Scummers and Mutants!
With the finale of our Black Legacy campaign drawing to its conclusion, I've been busy working on the interior of my Necromunda backdrop. 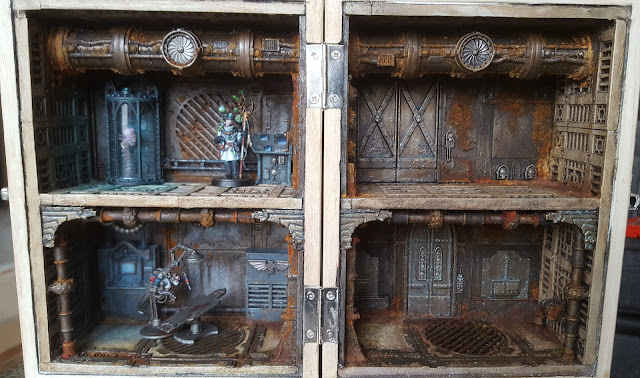 I was pretty happy  with how it turned out....until I started to take some photos and realised that my old Samsung S6 camera can't handle the orange rust. It looks fine in some photos but in others it looks like I've used luminous paint! 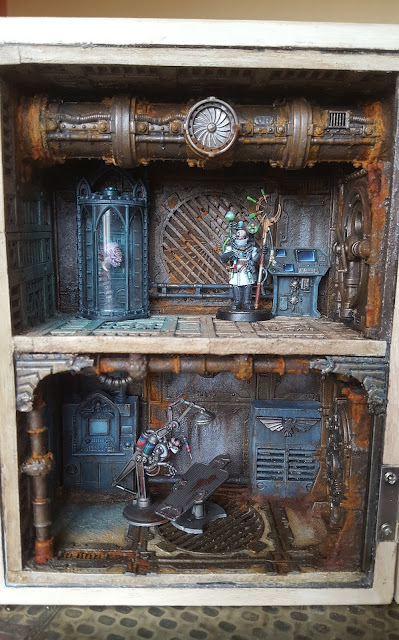 I might have to go back and tone it down with some brown glazes...or I could just buy a new camera phone as the auto-focus on my current phone is knackered when I use it in low light (our night time gaming sessions are taking much longer because of it). 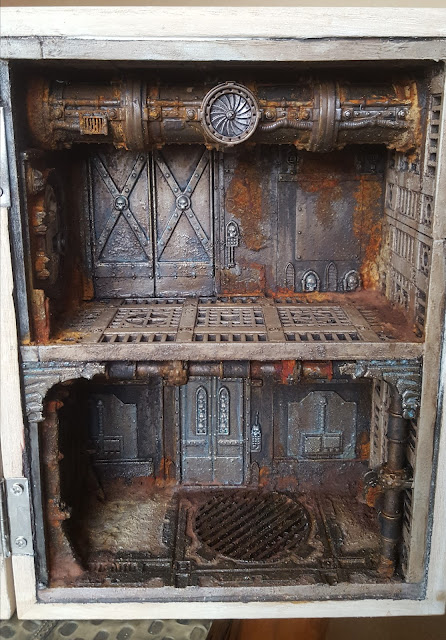 I still need to stain the box and I'll be blackening the hinges to eliminate the glare that they're causing. 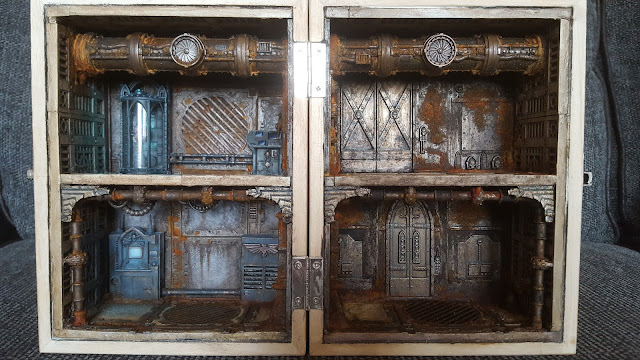 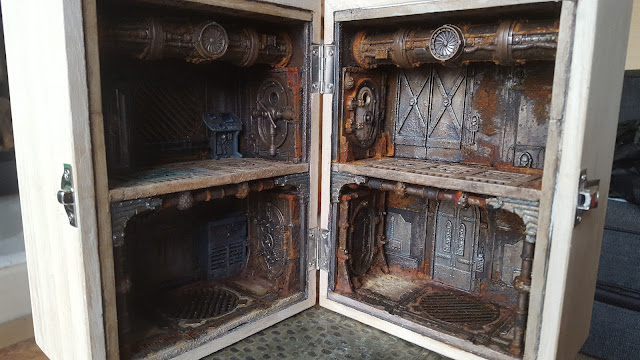 ....and I think it will make a decent backdrop to show off our gangs in the future 😉 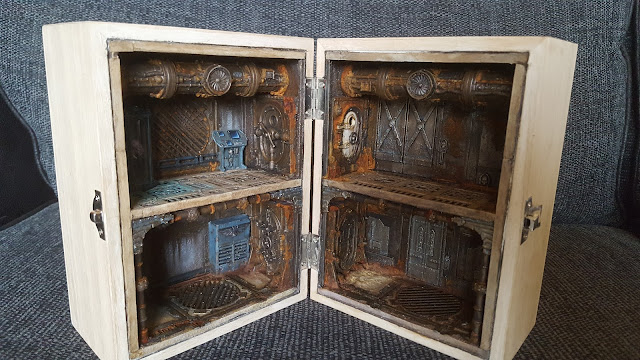