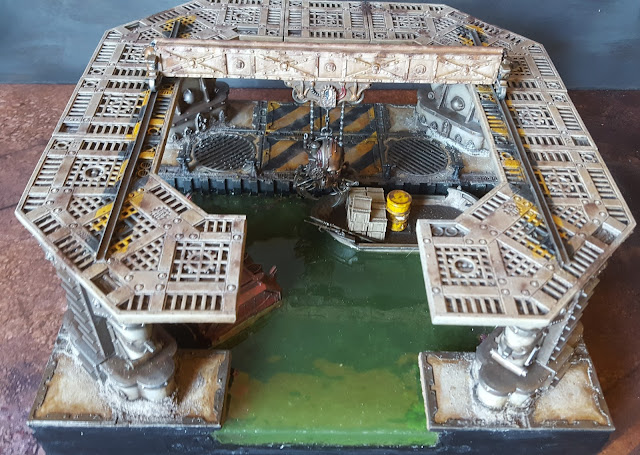 "Chewer says you're looking for passage out of Rockridge?"
"Yes indeed,if it's a fast ship"
"Fast ship? You've never heard of the Hail Mary?"
"No, should I have?"
"It's the ship that made the Kessel Run in less than 12 Cycles, I've outrun Imperial patrols and Sumpkroks, not the local pets those Goliaths are fond of, mind you. I'm talking the big 20 footers. She's fast enough for you old man. What's the cargo?"
"Only passengers. Myself, the boy and two Servitors.....and no questions asked."
"What is it, some kind of local trouble?"
"Let's just say we'd like to avoid any Imperial entanglements."
"Well that's the real trick, isn't it? It's gonna cost you extra. Ten thousand, all in advance."
"We'll pay you two thousand now, plus fifteen when we clear Rockridge."
"Seventeen? Okay, you guys got yourself a ship. We'll be ready when you are, Smugglers' Wharf."
"Smugglers' Wharf." 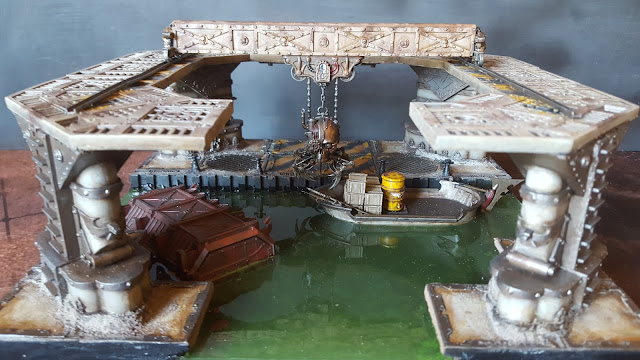 Like all of Rockridge's territories, Stranglevine Creek was formed from the aftermath of the Great Cataclysm. When the Krakatoa heat sink went critical, the walls holding back the Sump Sea were breached and toxic effluent flooded much of Rockridge. Over the Millennia the aftershocks and hive-quakes subsided; the Hive settled once more and the 'waters' receded to leave a labyrinth of half submerged passageways leading all the way to the Sump Sea. 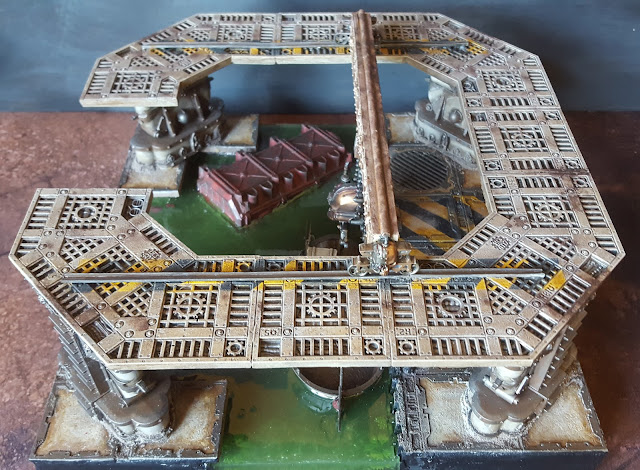 Early prospectors were quick to make use of these 'waterways'. Docks were soon established to ferry recovered Archeotech to more accessible parts of the Underhive and bring in more prospectors. For a time the canals thrived and small settlements littered the canalways as a result. 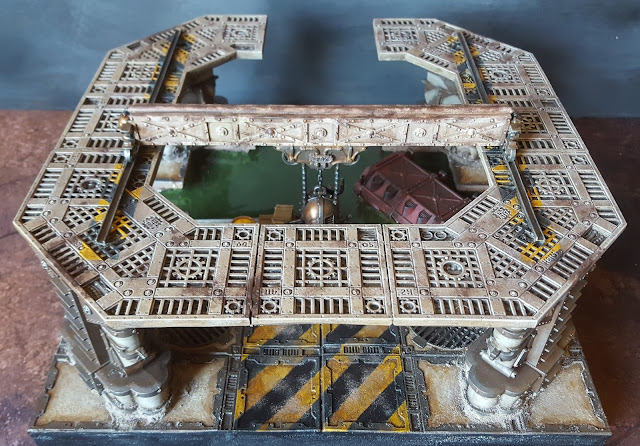 As the discovery of more Archeotech slowed, so did the use of the canals and it wasn't long before the passageways became blocked with debris and choked with Stranglevine. 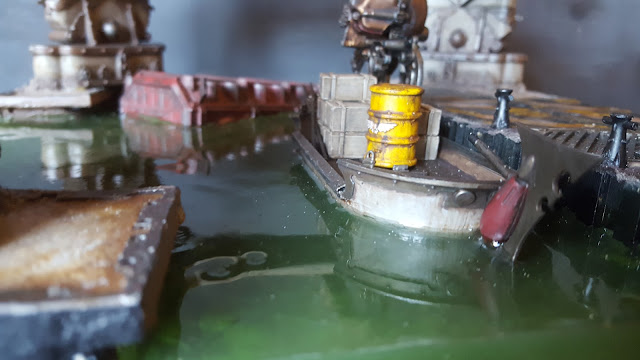 Over time the choked canals closed, the docks fell into disrepair as scavengers stripped them for scrap and the settlements were abandoned. The canals passed into history and the native flora and fauna claimed them for their own to form the Sump Swamps. 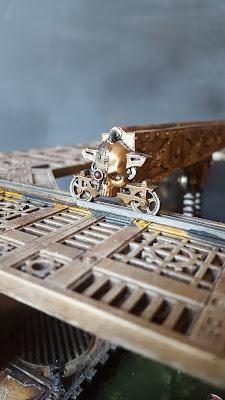 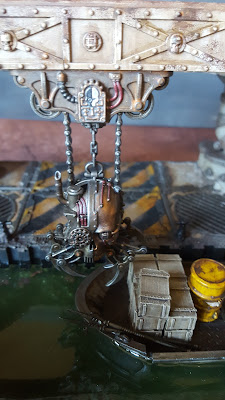 Not all of the settlements were abandoned however, Stranglevine Creek has thrived despite the closure of the canals. 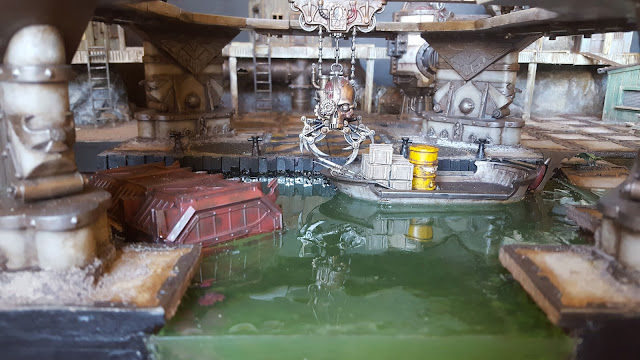 On its outskirts lies Smugglers's Wharf, a place where Skiffs still explore the swamps for Archeotech or offer passage to other settlements. 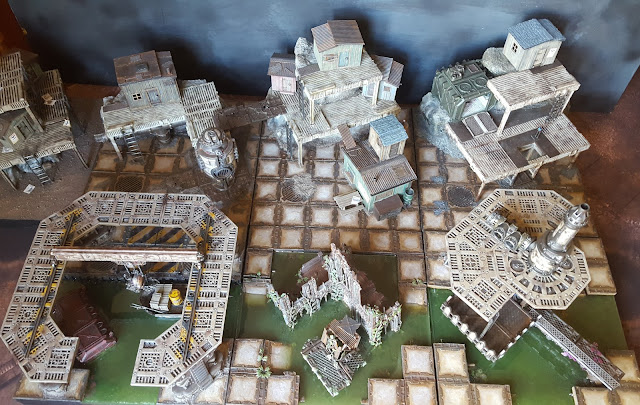 It is said that some know of a route to the Sump Sea and still trade with the captains that sail them. 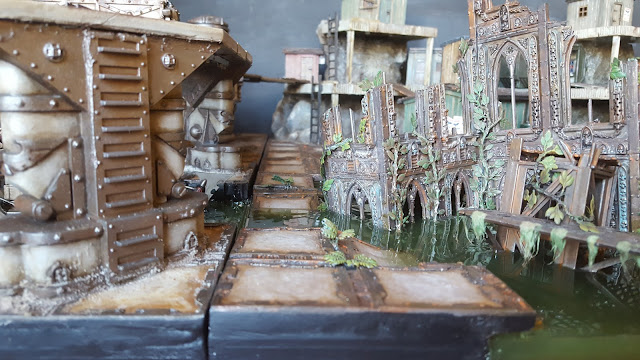 The close proximity of several Trading Posts with their exotic wares certainly gives some credence to this...... 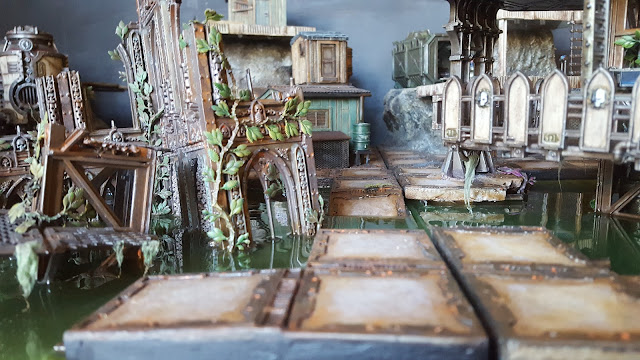 ......and Smugglers' Wharf is a bustling and integral part of Rockridge. 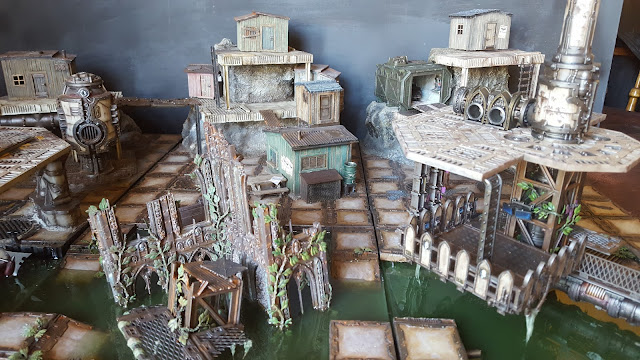