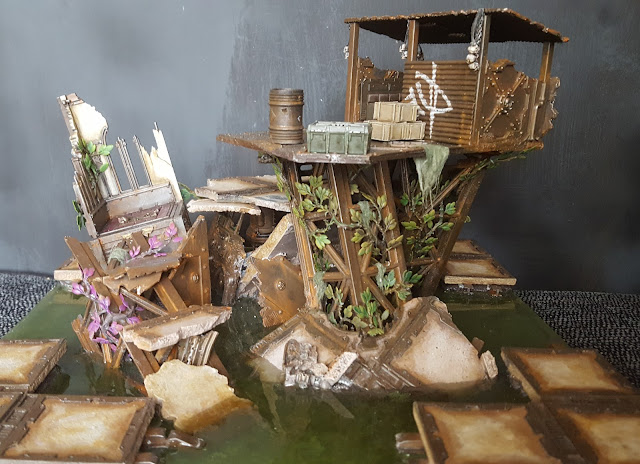 "Oh, we've all seen it.
Many say they've heard howls and ear splitting shrieks coming from it.
Some claim they've been real close and swear the girders whisper to each other.
But very few have been up there.
And if they do, they ain't the same...
....if they ever come back."

Greetings sinners!
At the risk of boring you all to death, I thought I'd show you my 8th terrain tile.
Tumbledown Rise, lair of the Voodoo Dolls. 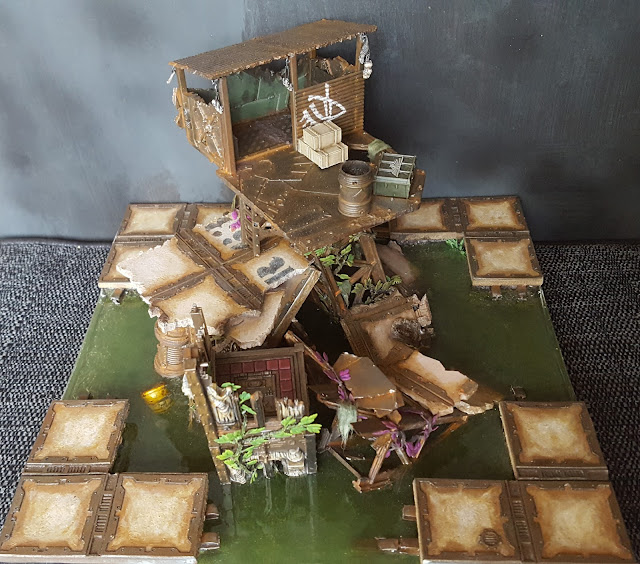 Having played quite a few games against Rob's Goliaths, we both discovered that the taking of prisoners was a regular occurrence. Because of this, the need for a gang hideout to hold our captives in became obvious. 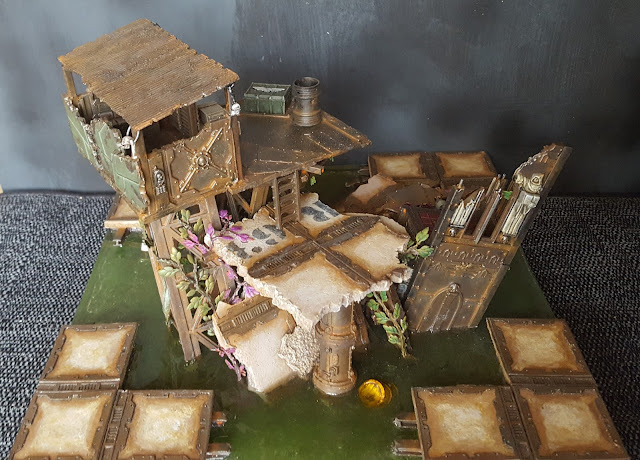 Rather than just build a shack that could be placed anywhere I thought it would be cool to incorporate it into one of my swamp tiles. 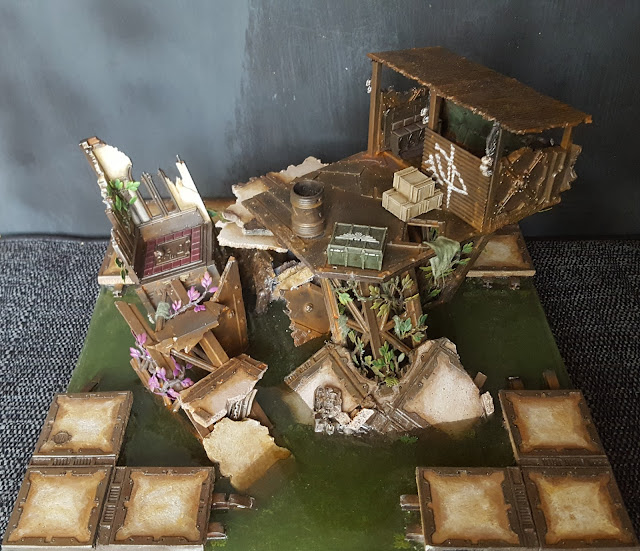 Hopefully, my Escher gang will be able to hold on to it in our upcoming Dominion campaign.....if they can't, well there's plenty of room for some degenerate to add their gang tag to the structure. 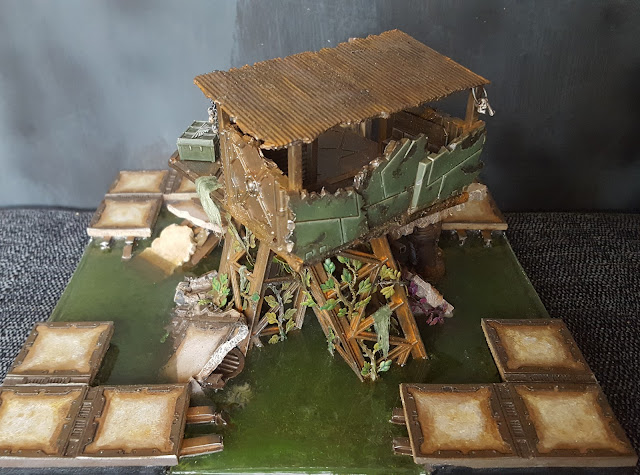 ....but until then, the Voodoo Dolls' Escher tag and voodoo fetishes are the noticeable features. 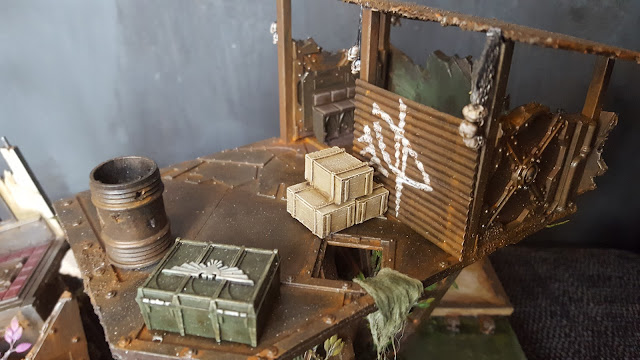 However, despite Tumbledown Rise belonging to the Voodoo Dolls 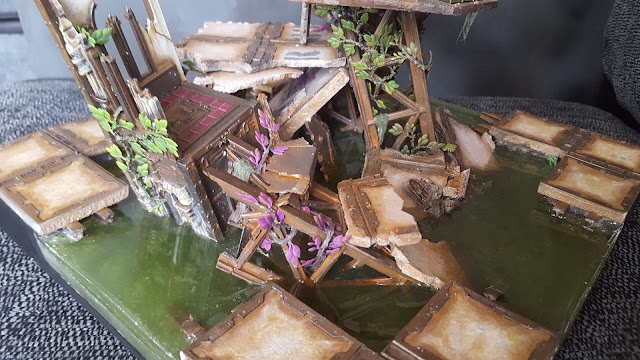 ......just like everything in Stranglevine Creek, the local flora seeks to reclaim the structures rising up from the swamp for its own. 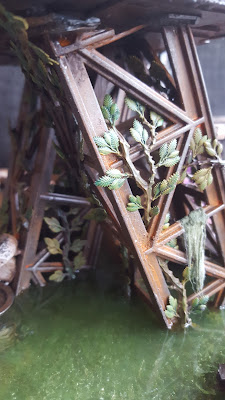 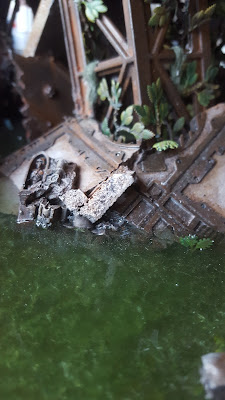 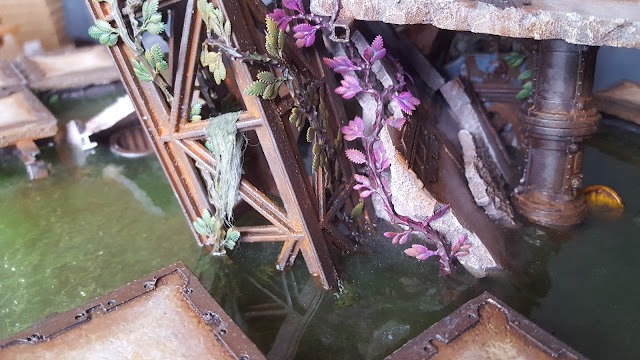 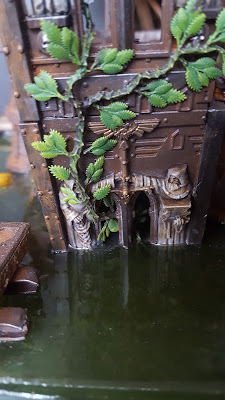 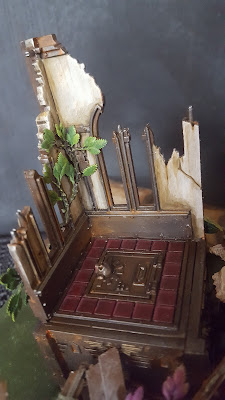 This is my 4th swamp tile and my original plan was to build four separately themed sections consisting of  four tiles each. A swamp zone (Stranglevine Creek), a raised hab-zone (Grubbers' Heights), an Industrial zone and a Zone Mortalis styled zone. 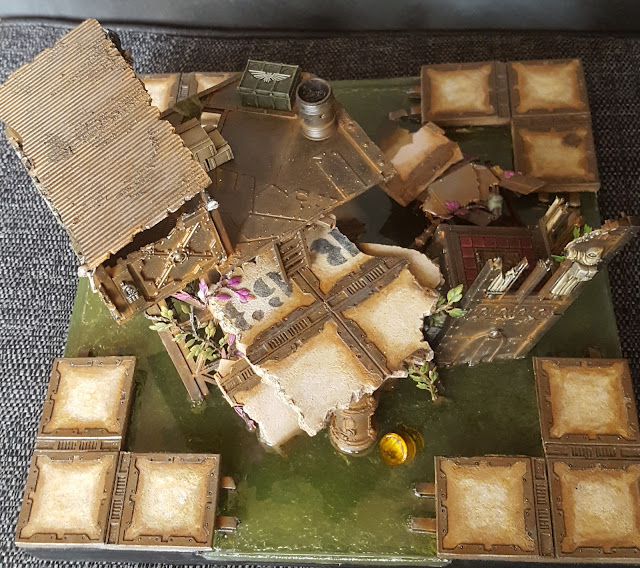 Now that we have a few games under our belt, we have come to realise that it's good to have areas that are a bit more open to allow easy access and check line of sight. Aesthetically, it helps to blend in the different tiles with each other and adds a certain amount of realism to the table. 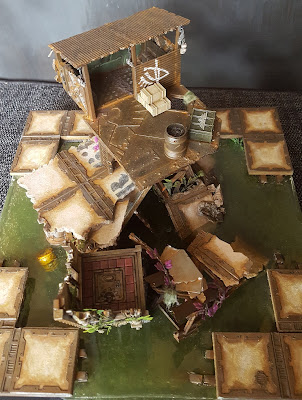 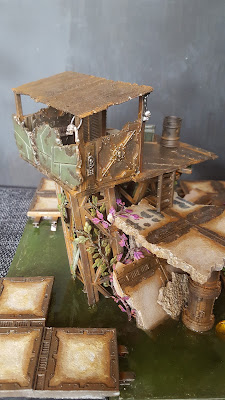 With this in mind, I've decided to amend my original plan. I think four differently themed tiles will look too eclectic or disjointed. I'm going to drop the Zone Mortalis theme and focus on just three themes. Of course the industrial and swamp theme can be mixed together on the same tile so it gives me some leeway on what to do next. 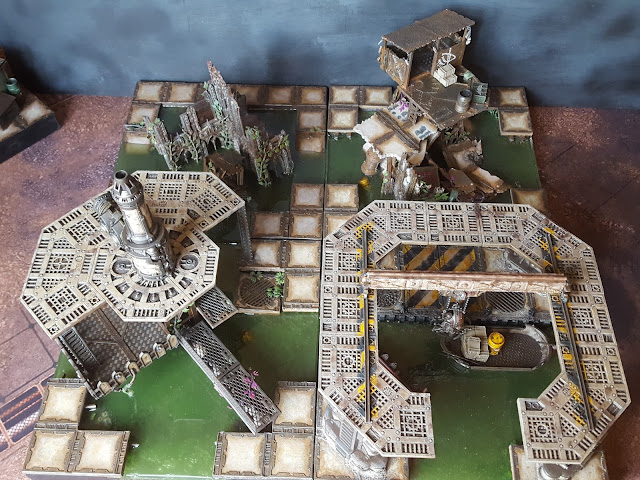 I'm happy enough with how the four swamp tiles look together but feel that two more swamp tiles will give more gravitas to the theme and allow for more set-up options......and I have plenty of clear resin that needs using up as well 😉 (there's nothing tighter than a Yorkshireman).
This will be my last terrain post for a while, as I concentrate on painting my gang/s for our upcoming Dominion campaign.
Until next time.....may Our Lady grant you her number!😄