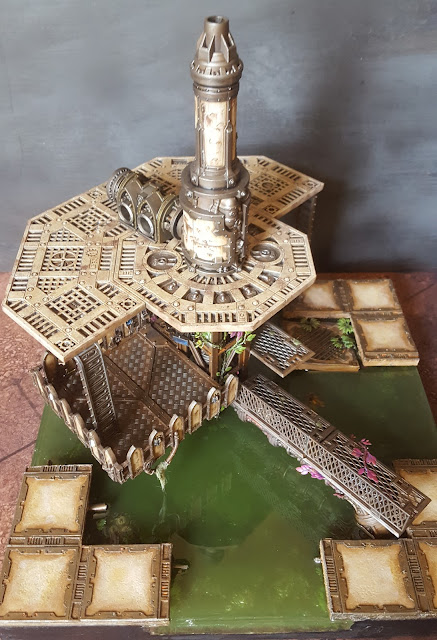 The Anak Krakatoa heat sink lies within the sump swamps of Stranglevine Creek and supplies much of the light and power to Rockridge. 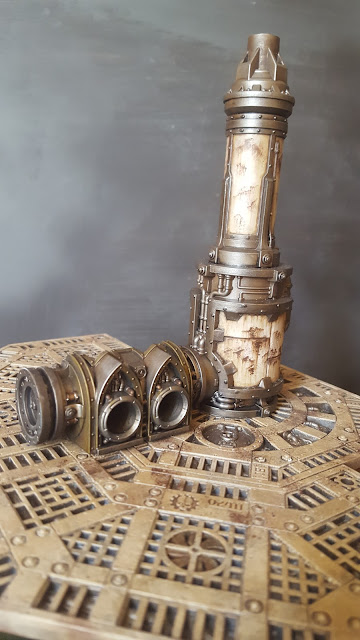 Despite its importance to the inhabitants of Rockridge, it is a fraction of the size of the original Krakatoa heat sink. 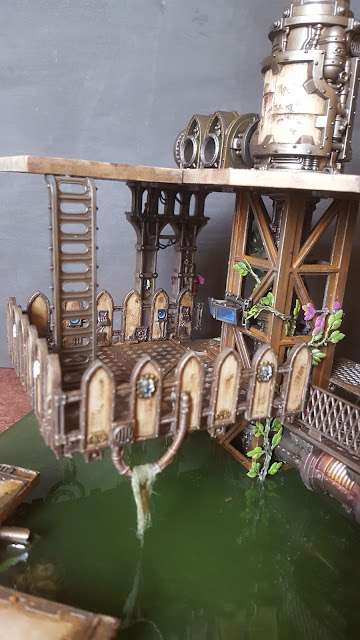 The original Krakatoa heat sink was so vast that it supplied almost a sixth of the power to Hive Primus back in its day before the Great Cataclysm that consumed it. 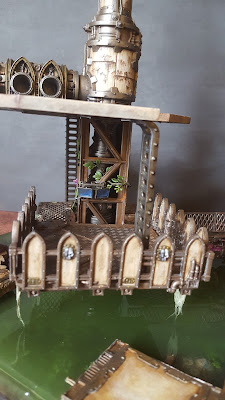 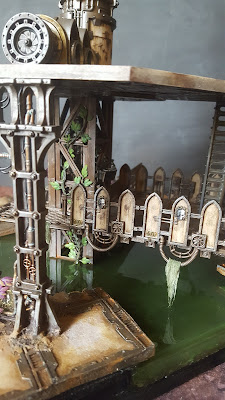 Nobody knows the reason behind the Great Cataclysm, an event that saw Krakatoa erupt and destroy many levels of the Hive. Some speak of poor maintenance by the Tech Adepts; others, of sabotage by a rival gang; ply a Ratskin with Second-Best and they tell of the legend of the Sky-Gods come down to do battle with their kin. The truth is lost to the mists of time and shrouded in mystery. 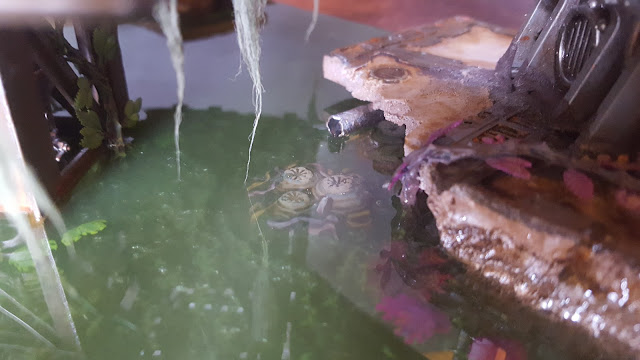 What is known is that the Great Cataclysm gave birth to Rockridge's unusual topography. As the Heat Sink went critical magma was forced up through fissures to form the distinctive rock formations that give Rockridge its name. 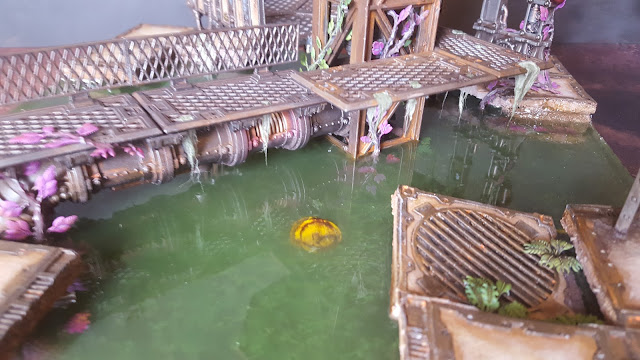 Estimates put the resulting loss of life at a fifth of the workforce when Krakatoa erupted. Those not caught in the blast were buried under several kilometres of rubble or drowned in the toxic effluent as the Sump Sea walls crumbled from the shock waves and flooded the region. 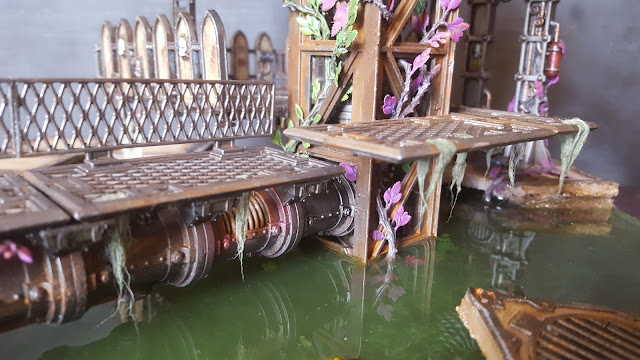 Despite the Great Cataclysm, (or maybe, because of it) after two millennia, the zone of Rockridge was unearthed, rich in resources for those brave enough or foolish enough to prospect there. 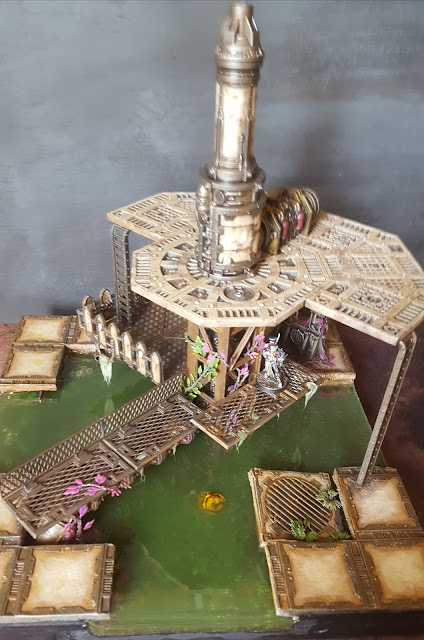 As new territories were discovered and settlements established, the Anak Krakatoa heat sink was constructed to supply these freshly discovered territories and their need for light and power. 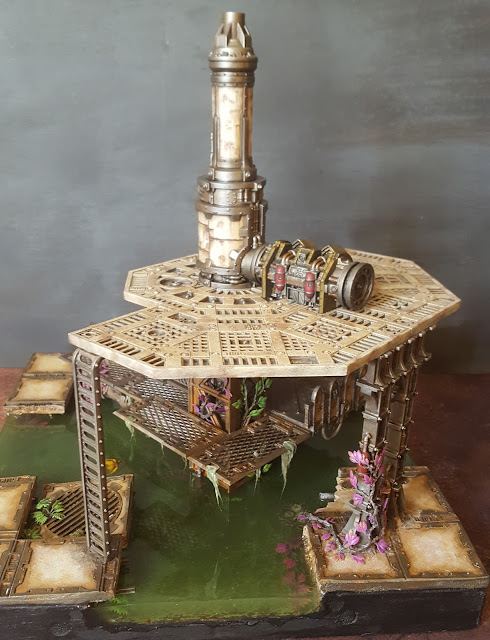 Anak is a common enough name used by the Ratskins that means child of. In honour of the Great Cataclysm it seemed a natural enough choice to name it after its parent. 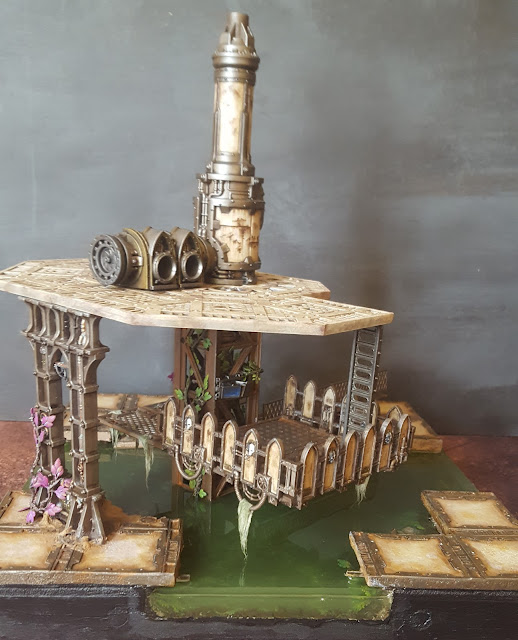 Because of its importance to Rockridge, and perhaps to prevent any recurrence of history, the heat sink is regularly maintained by Tech-Adepts....... 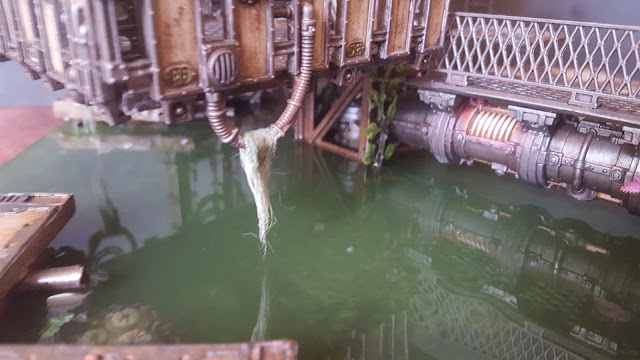 .....but being located where it is, the sump swamp tries to reclaim it for its own. 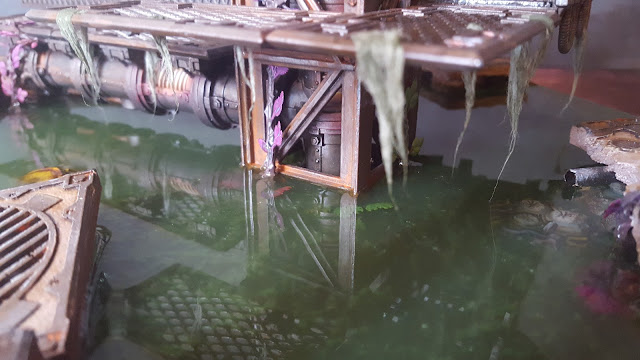 Stranglevine, moss and fungus thrive around the structure, drawn by the heat emanating from it. 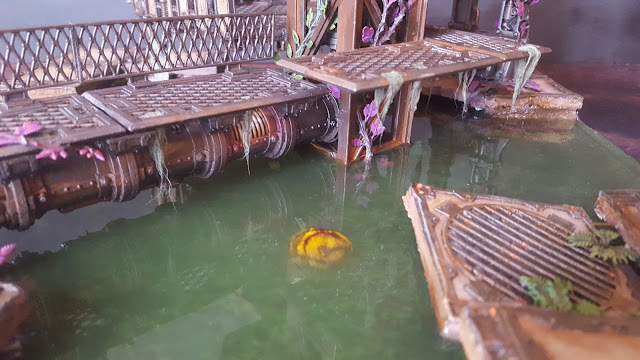 The Tech-Adepts regularly cut away the stranglevine that clings to it but despite their best efforts the sump is ever eager to claim it for its own. 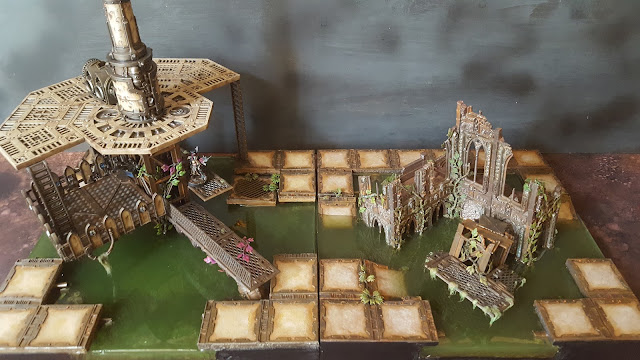