The Wait Is Almost Over

Greeting Sinners!
After what has felt like an eternity, the official release of 8th Edition is just a few days away. I say official because most of us downloaded the rules nearly two weeks ago.
For me, 8th Edition has been something of a mixed bag. The game mechanics appear much stream-lined and far more elegant than 6/7th, which has long been overdue.
Alas, what Our Lady gives with one hand,she takes away with the other claw. The loss of the Legion rules has taken a little of the shine off of this new edition for me, but I'm hopeful that we won't have to wait for too long before GW releases a Codex with more flavour. This lack of flavour will only be temporary and it certainly won't stop me enjoying all that 8th has to offer, but there is one thing that has eclipsed any concerns I might have over the potential abuse that Detachments could bring or the loss of my Grande Cavalcade or Legion rules and this one thing has pretty much destroyed my hobby mojo.....The Primaris Marine....... 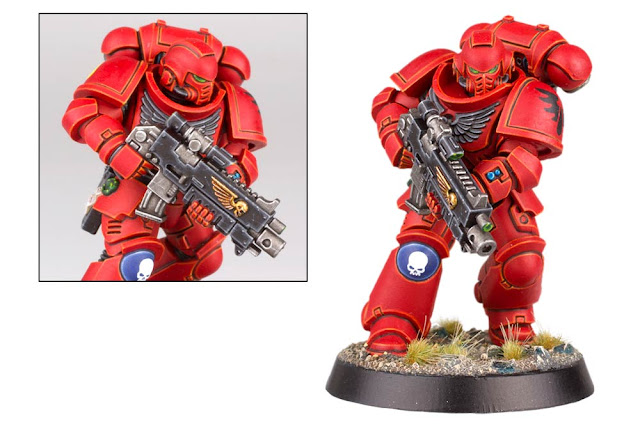 .....or as I like to think of them, the bastard love child of Guilliman and a T-Rex!
I cannot express how much I dislike these Sigmarines. I can't even work out what it is that makes me detest them so much, something just looks wrong, but I don't know what it is.
I realise that there's a storm cutting the universe in two, but I never realised it was a snow storm that was the problem, I mean why else would you put skates on a Space Marine? 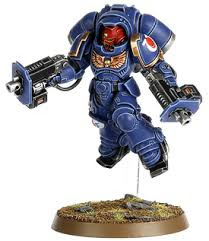 ....or build them a sledge to get around in? 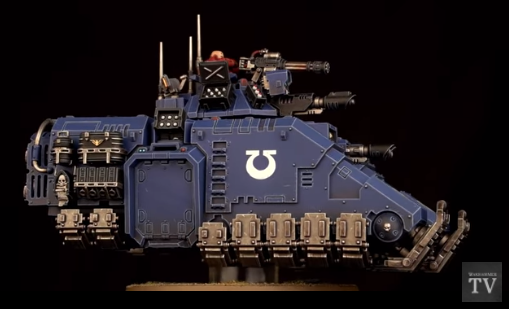 But hey, that shouldn't be that big a deal, I can inwardly laugh at my opponent's choice of models as he places them on the table and think to myself that the T'au are no longer the ugliest models in 40k, I mean I don't like them, so I don't have to use them right?
The problem I have (apart from the laughable background on how they came into being or that they look like they're in the wrong game system) is that I now look at regular Marines and think that something looks 'off' with them as well. I don't know what it is, I know it's something to do with the scale, but I can't put my finger on what it is exactly.
Thanks to this new design, my modelling mojo is at an all time low. I don't want to build or paint anything even though I have a room full of unpainted models just screaming to be painted.

So if you've been wondering why things have been a bit quiet on here, you can blame it on Guilliman's bastard love children while I look for my missing mojo ;-)

There is however, a glimmer of hope on the horizon. A few of us will be heading over to Element Games to pick up our 8th Edition orders at the weekend and we'll be getting a couple of games in. I'm hopeful that a couple of games will help me locate my missing mojo and give me some ideas on what to paint next.
We've decided to bring along a 1500pt army using the new Index books and my first game of 8th will be against my good mate Neil. He'll be bringing a 1500pt Khorne Daemon list.
I'll be using a Slaanesh list that mixes my Castigators with Slaanesh Daemons, so it'll be Slaanesh against Khorne for my first game of 8th Edition!

I've tried to build an army that uses a lot of different units so that I can get a feel for how they play. I'll share my thoughts on my games next week, but for now here's the list I'll be trying out. 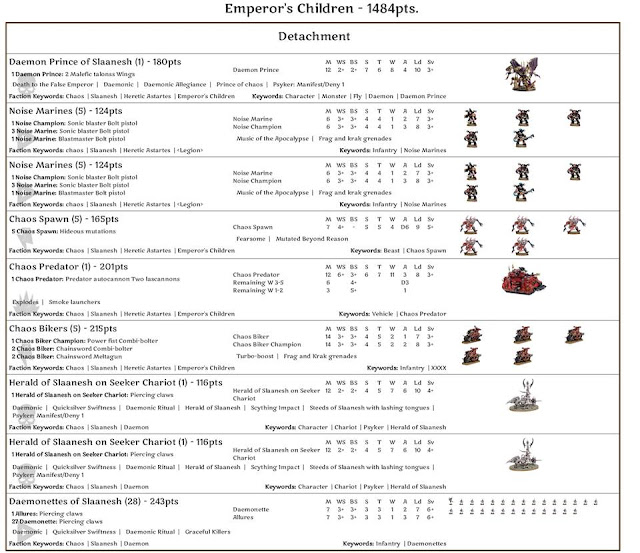 I don't know if anybody is interested in the Army Builder Program but a big thank you to Michael for putting me on to it ;-)

So until next......may Our Lady grant you her number....unless you plan on using Primaris Marines ;-)
Posted by Castigator at 11:56