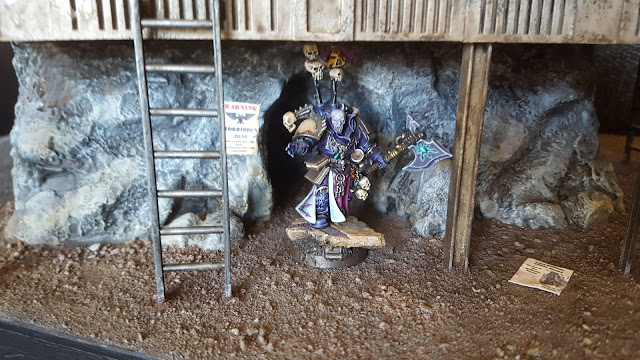 
You're probably wondering why I would want to use terrain tiles instead of using free standing terrain and just setting it up however I want?
There are a few reasons for this.

I scoured the internet for gaming tiles and discovered these from TT Combat. 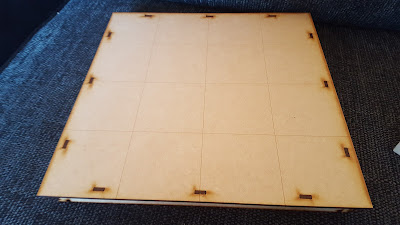 They were reasonably priced, £34 for 16 tiles that would give me a 4' x 4' gaming area. When they arrived I was a little disappointed to see that each tile had a lip when they were built.... 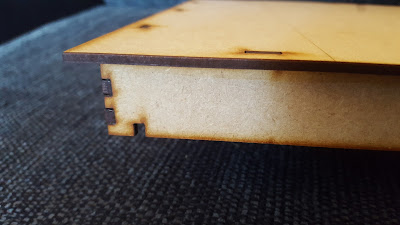 This wouldn't have been a problem except that I was planning on using the terrain tiles as stand alone terrain in my regular games of 40k as well. Fortunately, I had an idea to build up the sides and incorporate magnets so that the tiles locked together instead of using the clips that came with the tiles. I added a strip of cork tile and a strip of Balsa wood to fit flush with the tile edge. 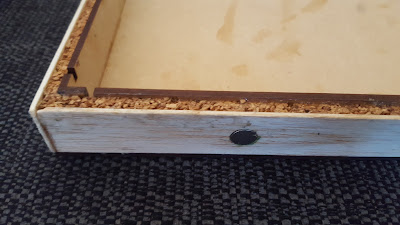 And drilled holes for the magnets 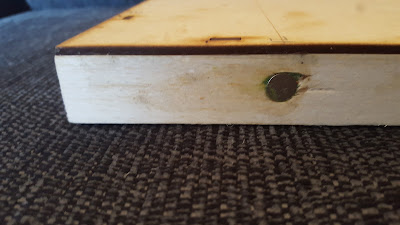 So after considerably more work than I had planned, I ended up with a lot of these. They stand an inch high, which is higher than I would have liked really (I think 15mm would have been better) but at least I won't have to worry about them warping now. 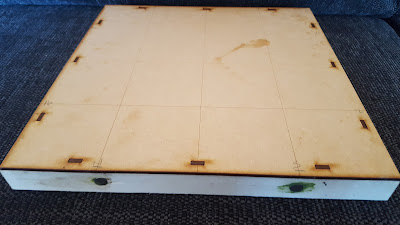 These tiles will primarily be used for games of Path to Glory, Necromunda and Shadow Wars: Armageddon, so with this in mind I want them to reflect the confined nature of an Underhive or heavily populated industrial complex.
I've had this idea of a favela style area where gangs, Underhivers and countless other miscreants would live for quite some time. The terrain that GW produce is excellent stuff, but it was hardly the place where the low-lifes would live. Obviously a sprawling town isn't really achievable but two or three tiles would (hopefully) convey a district that was (until recently) inhabited or that gangs would fight over and claim it as their turf.


Tile 1 - The Favela
I had taken more photos as I was building this but unfortunately my mobile has recently updated and I've lost the photos somehow (grrr.....), so I'll just show you tile 1. 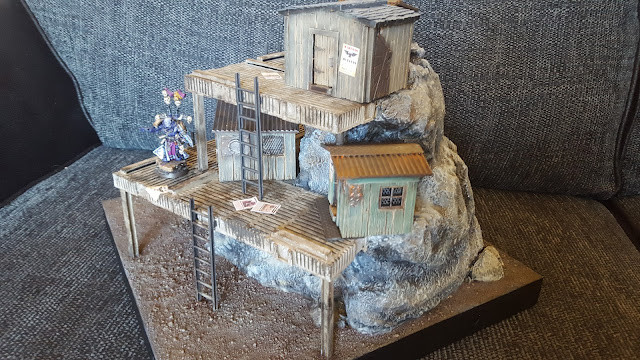 I bought a couple of shacks from Microarts and used them as a template to build more..... 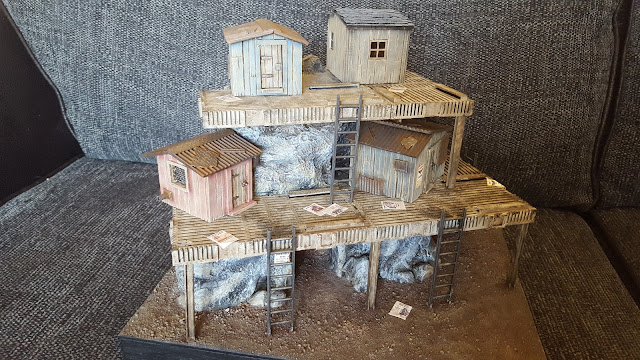 The platforms are plastic aquarium filter trays (a big thanks to Bronislaw Czevak for putting me on to these) that cost about a fiver for 16. 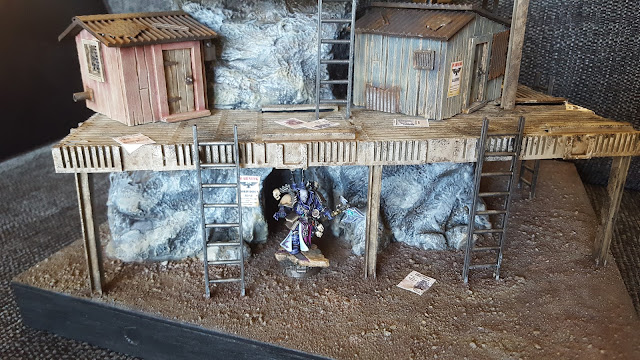 You'll notice that the walkways are offset to the tile....... 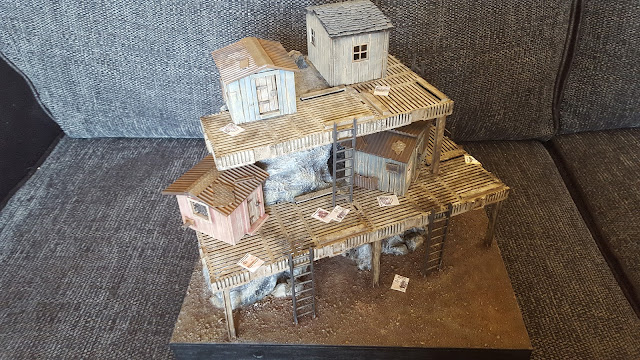 ......We've found that it really does help with game play and helps terrain have a more intractive role rather than just a place to stick a heavy weapon. 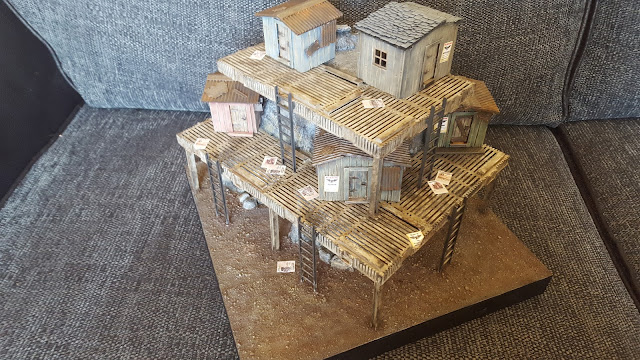 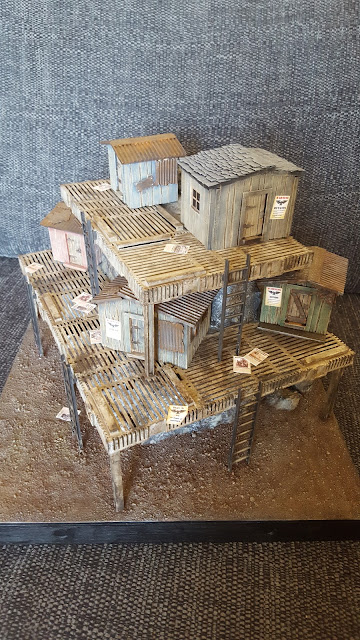 There's even the entrance to a cave, the notice reads "Warning: Forbidden Zone." 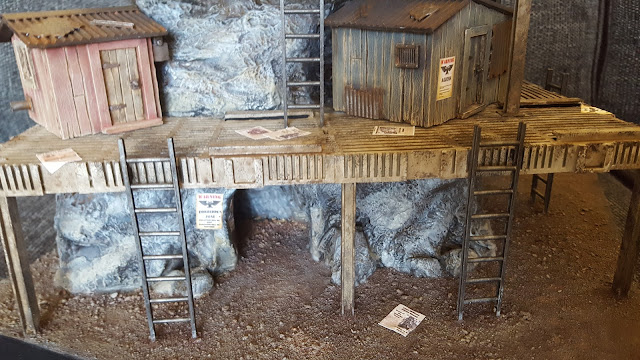 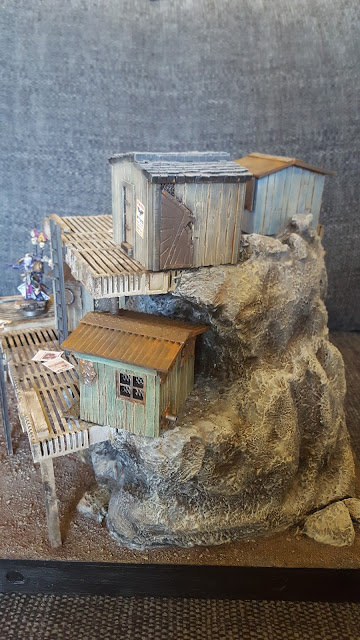 So that's what I've been up to just lately. Hopefully I'll get another tile built up next week and I'll be sure to upload any work in progress shots next time around ;-)

Until next time.....may Our Lady grant you her number!
Posted by Castigator (Gary) at 11:42