Civvy Street in the Underhive - Down and Dirty 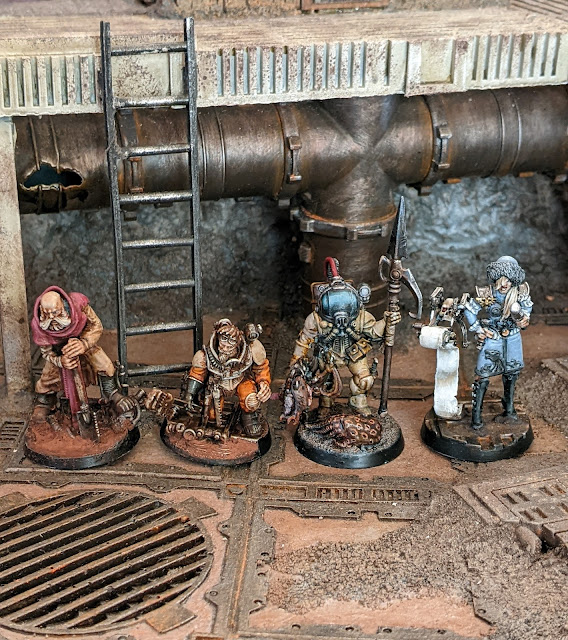 I wanted to take a break from painting Zone Mortalis sections of our Underhive and chose to return to the civilians that I built a couple of years ago.

I decided to use the three models that I had built to experiment with some speed painting techniques...here's how they turned out...

Nobody knows how old Jebediah really is. Some think he may be as old as 40 but most dismiss this as pure fantasy stating that no known Grubber survives into their thirties. Many claim he harbours a secret stash of Archeotech that he discovered during his numerous digs. Whether there's any truth to this nobody knows but what is known is that he always has the creds for a bottle of Wildsnake. 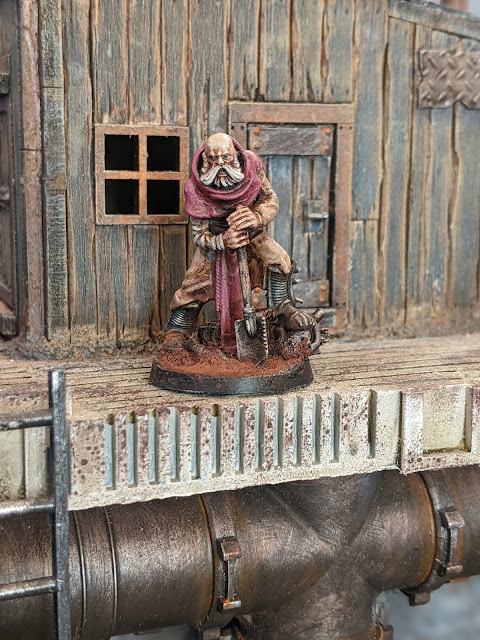 For 'Old Jeb' I quickly base coated the model and added a few rough highlights. 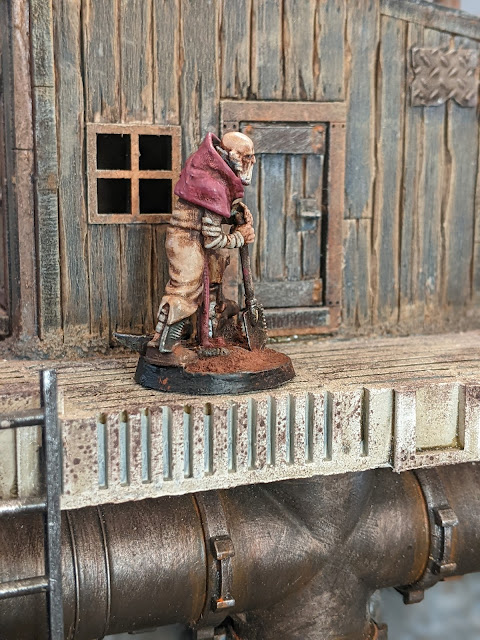 I then covered the model with Burnt Umber oil paint. 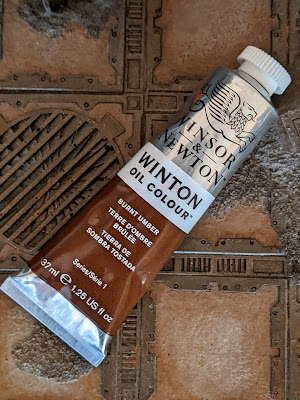 This was then wiped off using a cotton bud dipped in white spirit. 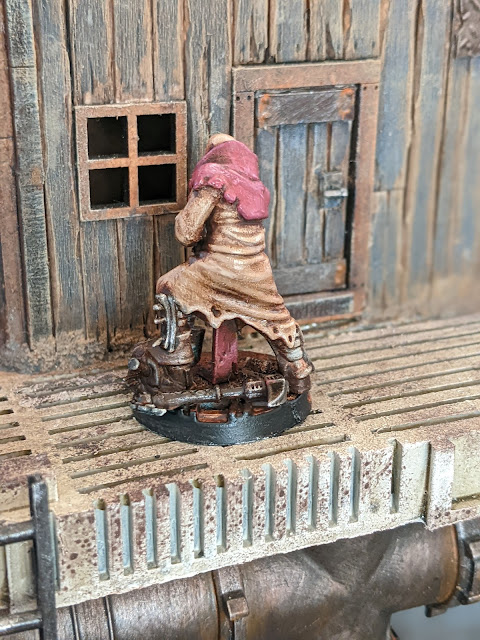 There are areas where I rubbed a little too hard to reveal the white undercoat underneath.... 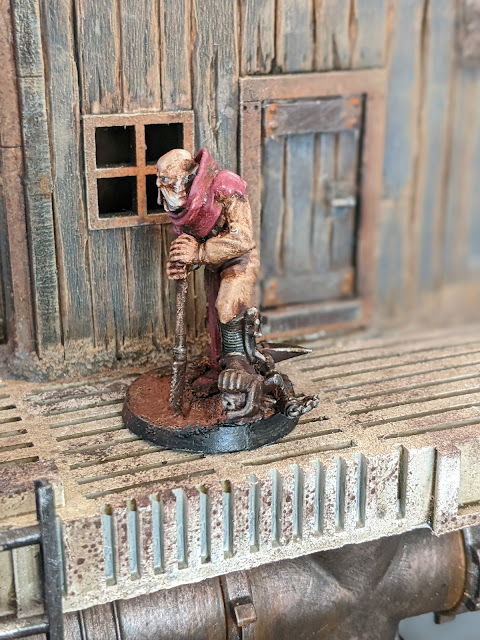 I retouched these areas with a little of the base colour where they were prominent.

Tasked with maintaining the Underhive's minor systems and repairing the various leaks that plague Rockridge, this Tech-Monkey is probably responsible for more leaks than he ever repairs. The creds he earns from his official work is supplemented by his thriving scrap side line, specialising in lead and copper piping. 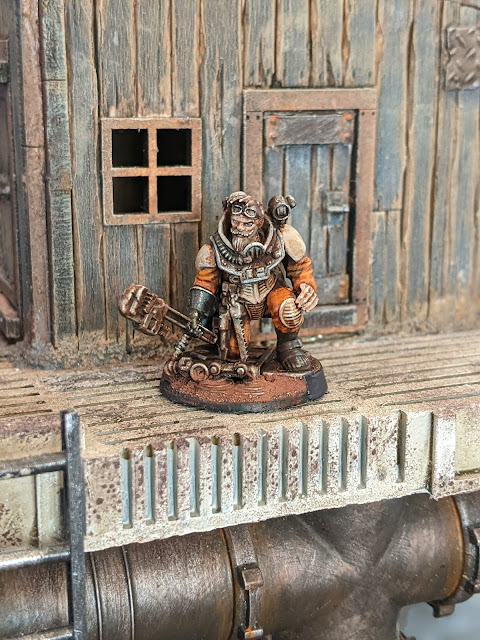 I used the same technique for Greasy Joe. 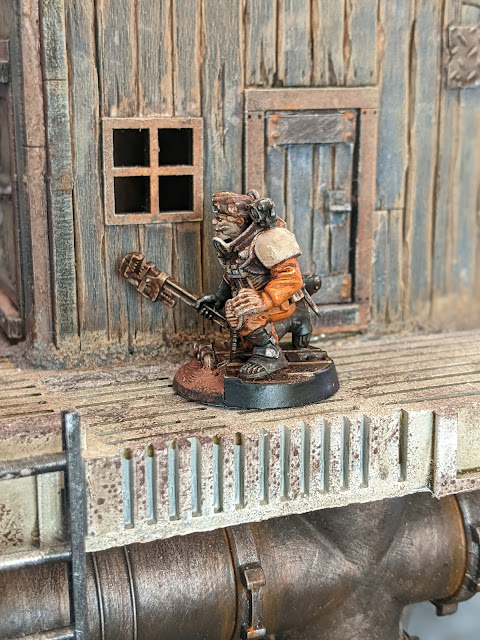 I discovered that leaving the base coat to cure for longer helped when it came removing the oil paint. 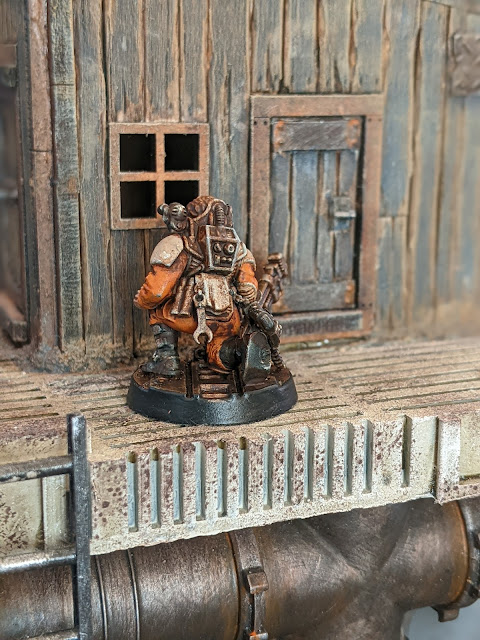 There are still areas that show the undercoat but these are NPC's and I was going for speed over quality. 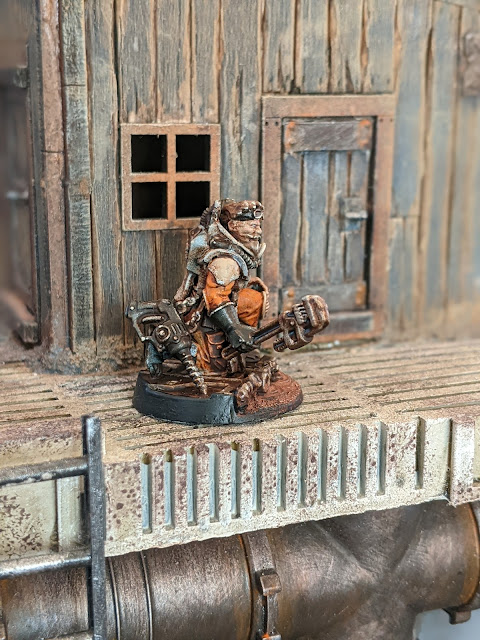 Overall, I'm reasonably pleased with the results. It took 3 hours to paint two models which is incredibly quick for me.

When I do it again (and I will be doing it again) I will forgo the highlights before using the oil paint and add them after. I can go back anytime to increase the contrast but I'm happy enough for NPC's.

Often found around the Sump Harbours and canals, Dredger's primary duties involve scraping the hulls of sump vessels and dredging the canals. Dredger is also a purveyor of fish and squid to many of the diners close to the harbours. 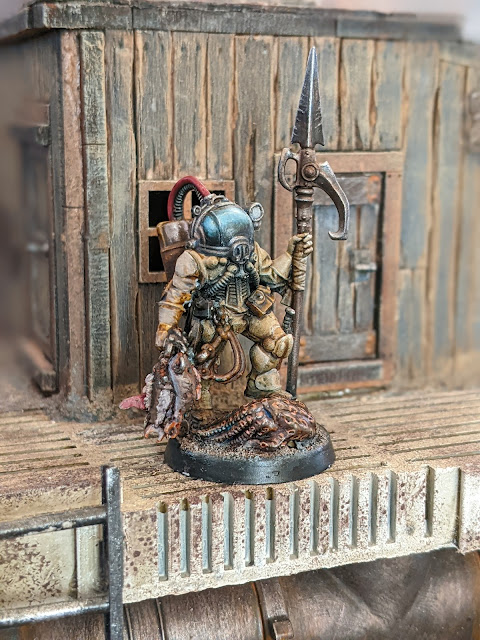 For this model I used a different approach. The model had some Zenithal highlights added. I used Contrast paints to basecoat the model with a mix of blue and black for the diver helmet. 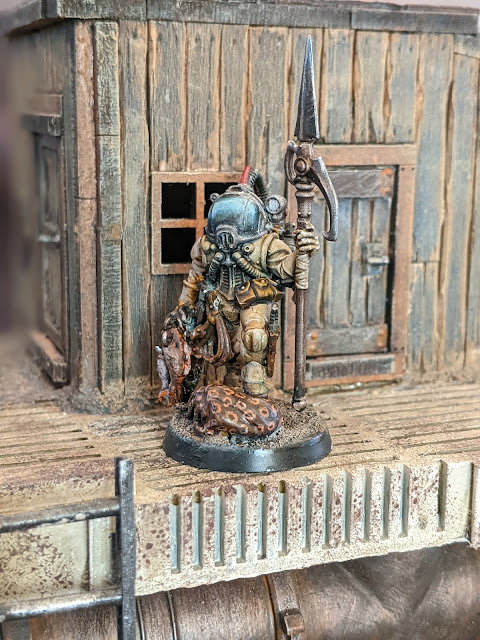 I spent around 4 hours painting this model.... 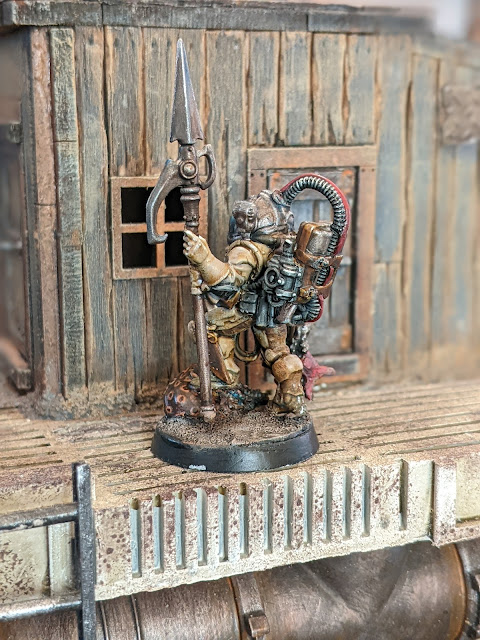 ...and in my opinion it shows. There are certain areas that I like but overall there are too many 'muddy' areas for my tastes. 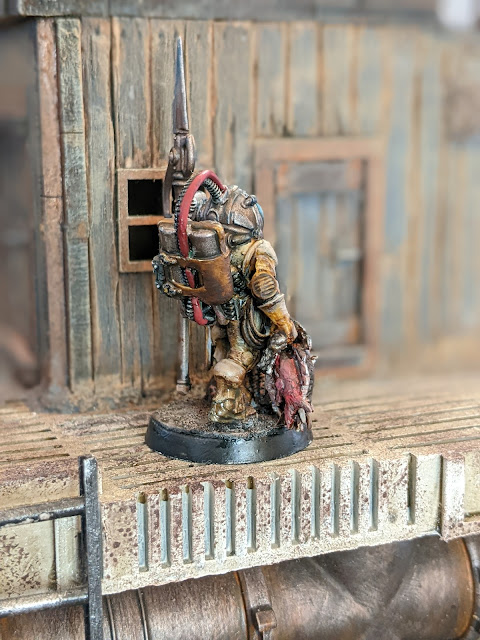 I'm still not convinced by Contrast paints, but this model has given me another idea on how to use them and there'll be more experiments before I decide whether or not they're my cup of tea.

Karina's name is a byword for integrity and truth in the Underhive. The Reporter is often found all over the many districts that make up Rockridge much to the chagrin of the Mayor Ikabod Lickspittle. 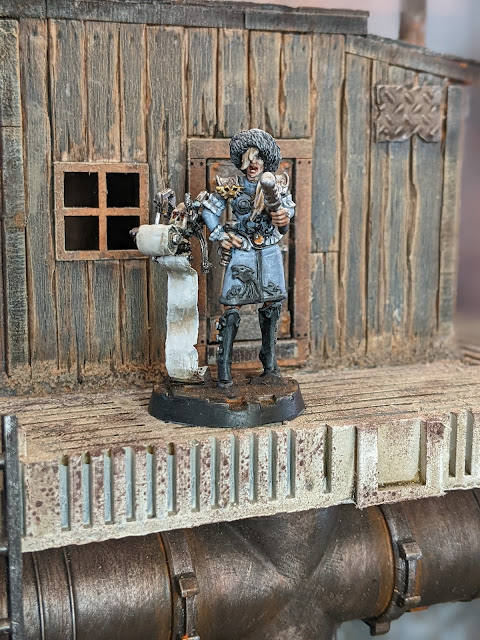 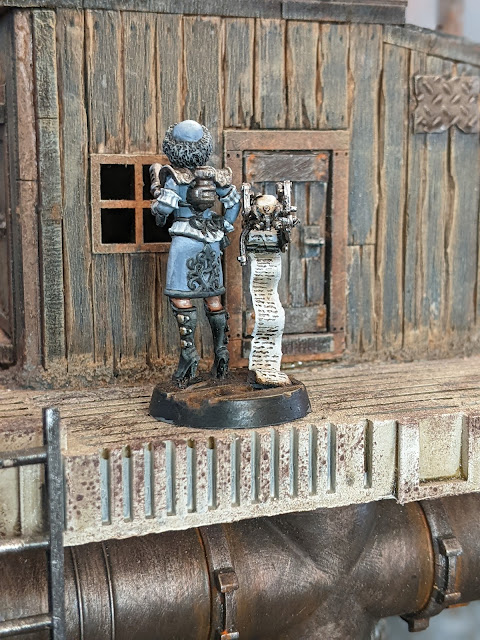 Old Geb, the Tech-Monkey and Dredger were painted in the same amount of time that it took to paint Karina, so in that regards I consider the experiment a success.
They all look good enough for our adventures in the Underhive and it's another three models removed from my pile of shame.
I have many more NPC's and adversaries to paint and I'll definitely using these techniques on some of them. 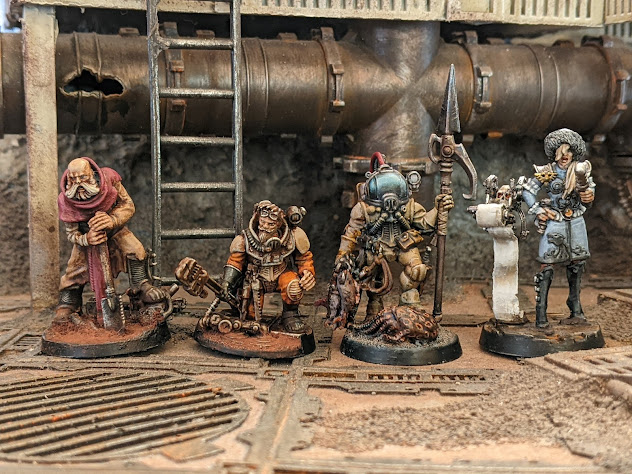 Until next time....may the Hive Spirits watch over you 😉
Posted by Castigator (Gary) at 05:28