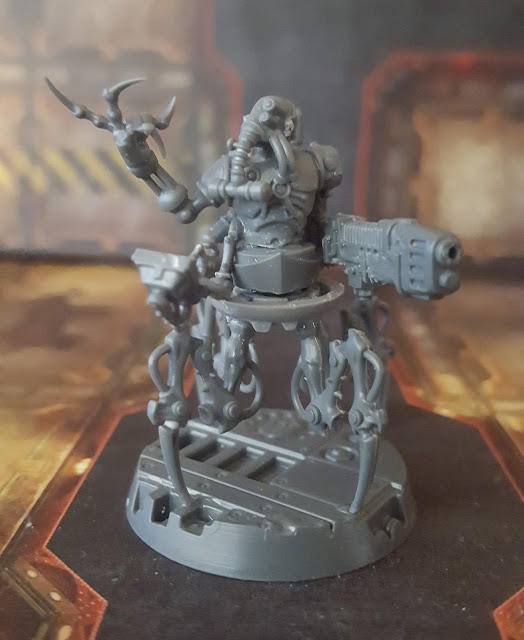 RH-03-TUS
As you can see he's changed quite a bit. The head swap is probably the most noticeable. 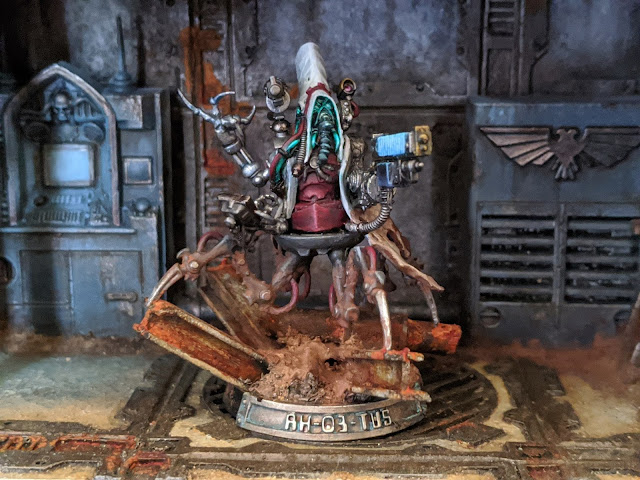 Armed with an Arc Rifle and an Autopistol, he is strictly built for laying down covering fire. 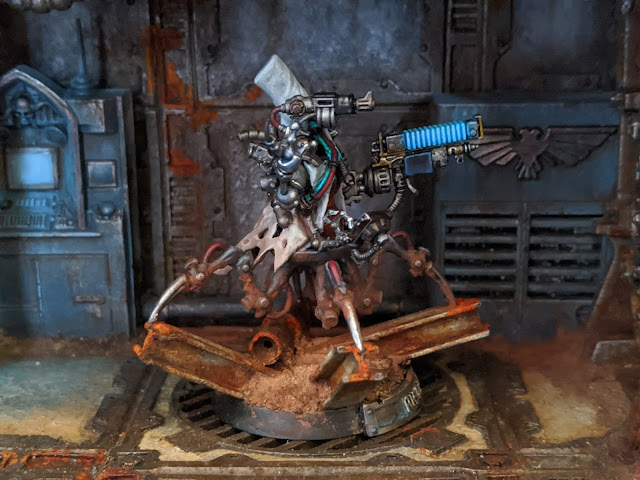 I decided to add a tattered raiment to help tie him in with the rest of the gang.... 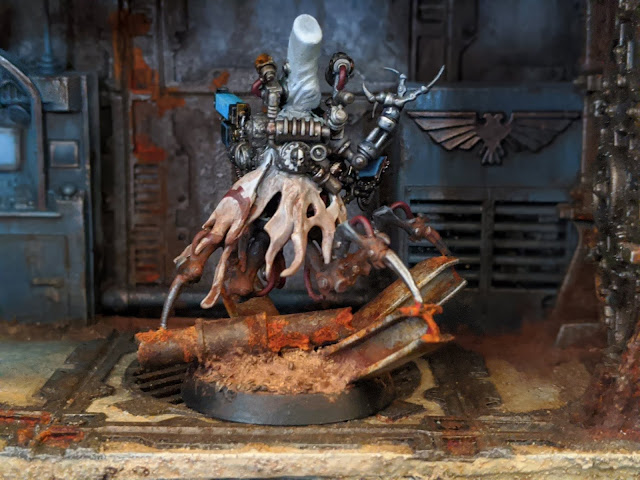 ...and added the blooded cog for interest. 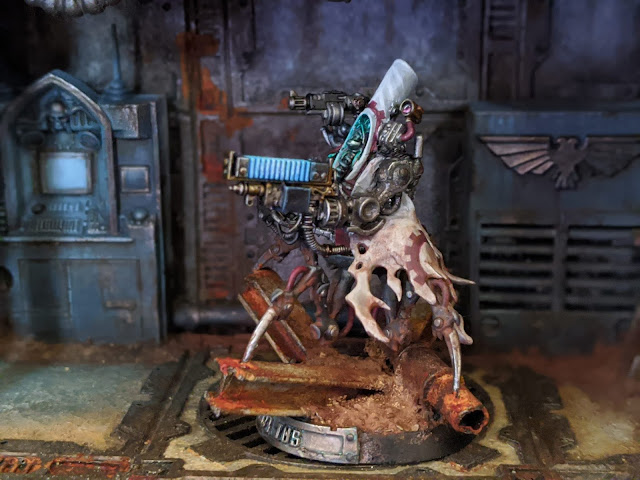 His face was a bit of a bugger to paint. It is so small and intricate that it isn't a natural focal point, so I added a limited jade glow to it in attempt to draw the eye to it. I'm not convinced it works that well but I like the effect and overall I'm happy with how Rhoetus came out. 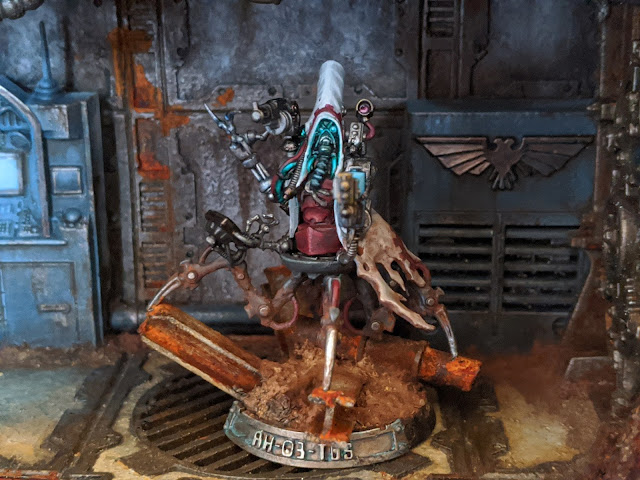 I was hoping this would be the final model for my Renegade Mech gang but after playing many games with them, both Rob and I realised that the gang was too short on numbers to survive one of our 'Necromunda adventures'. They're great for one off skirmishes but as soon as they fought a battle their lack of numbers meant that they struggled to compete once their numbers had dwindled.

I've managed to fit in another two gangers, which are built and already for an undercoat (if it ever stops raining!). So the final picture of the Marionettes will have to wait until I've finished them.

Until next time....may the Hive Spirits watch over you! 😉
Posted by Castigator at 05:07