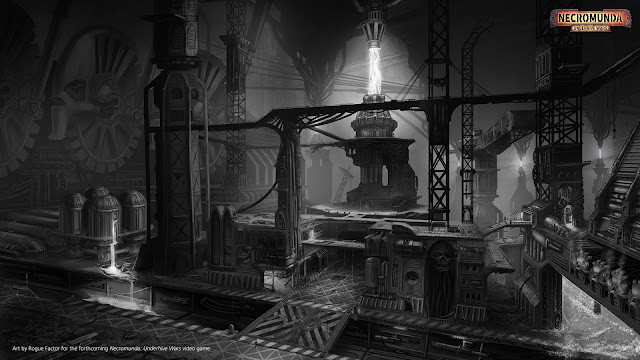 Greetings Underhivers!
For quite a while now I've been thinking about building a small backdrop to make taking photos of our gangs that mush easier. The idea occurred to me a couple of years ago when reading the excellent Blog Gardens of Hectate (a blog that I highly recommend if you like your Grimdark turned up to max!). Ana built a backdrop to show off her many wonderful creations and I filed the idea away to be used at a later date, when/if I ever had the time 😉
I later stumbled across the incredible work of Nicholas Grillet and his display boxes. It immediately dragged Ana's idea of a backdrop to the front of my mind and the idea once again hung around on the edge of my consciousness. Then Mordheim 2019 happened and Nicholas built a magnificent Battlefield in a box (I'm sure you'll agree that this is truly outstanding!). So once again the idea was dragged to the front of my brain, but this time the idea found purchase in the barren soil of my mind....
Rob and I are about to embark on a new 'Munda campaign called the Black Legacy. Despite having more terrain than we can use in one game (and without giving too much away 😉 ) I needed a small, claustrophobic and enclosed space for the finale. I messed around with Zone Mortalis tiles for a while but it wasn't really working and I felt like we needed something slightly different to our usual terrain, something that would focus the eye on the action and help with the story.....and then it hit me....a Battlefield in a box/Display Box/Photo Backdrop (catchy huh?).
I scoured the internet for small wooden boxes and finally managed to pick up a couple for £15. 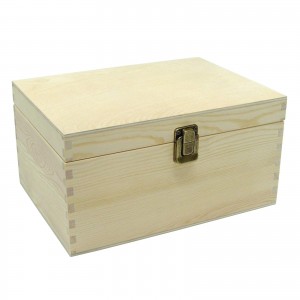 I had to buy two because every box that I came across had a lid that was too shallow to use for anything but decoration. I unscrewed the hinges and joined the lower part of both boxes together with the hinges to get this.... 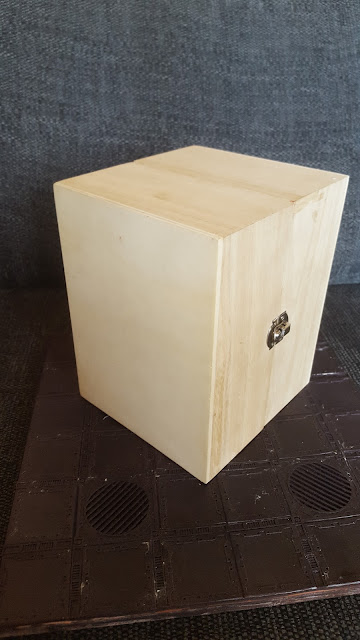 With that done, I raided my terrain bits boxes and started the fun process of building a part of the Underhive in a box. Here's where I'm at after a day. 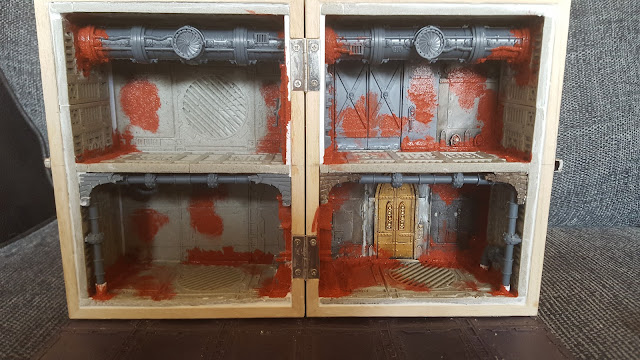 I lined the back of the box of the left-hand side with an off-cut from the Zone Mortalis casts that I made for our 'Munda table. You'll notice that the box is exactly the same size as the Zone Mortalis tile that I had bought from Forge World, I want to say this was planned but really it's just a happy coincidence 😉. The right-hand side lined with some old 40k buildings that I had lying around. I cast up some Sector Mechanicus walkways to line the sides and added some pipes that I had left over from our GW/Mantic kits.. 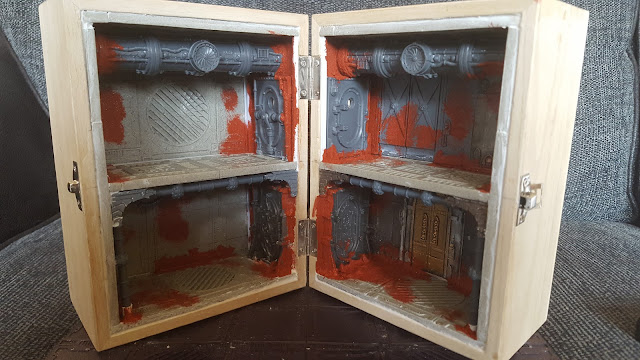 I added some doors from the Rogue Trader Kill Team expansion and the Necromunda boxed game. These will play a pivotal part in our campaign 'should' the Inquisitor get that far (oh no, I'm giving the story away! 😉 ). The idea is that a fighter will have to unlock the door with an intelligence test and move from bottom-left through to bottom right, then up to top right which finally leads to the top-left and the REDACTED. Of course who knows what will be waiting for them once they enter the room 😉 .
So there we have it. There are a few pieces to add to it but they'll be painted separately and added later but overall this is as far as I'm prepared to go (too many models, so little time 😉 )
I'll be painting it in very subdued colours as it will be used as a backdrop for photographing miniature and I don't want it to overpower the model.
Here's a piccie of the box with some models on to give you a sense of scale... 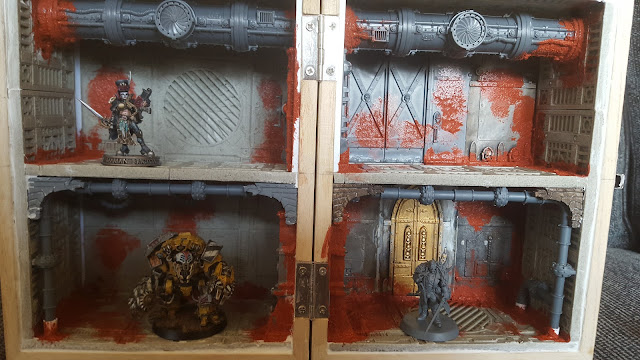 Until next time.....may the Hive Spirits watch over you! 😉
Posted by Castigator at 06:56