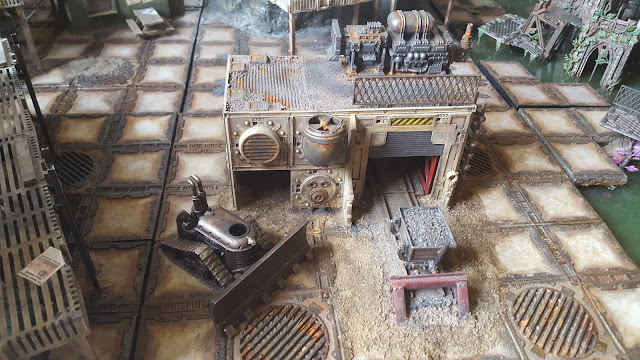 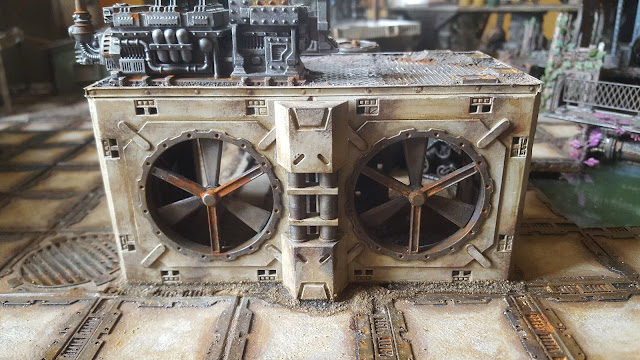 The structure was made from Mantic's Deadzone terrain. At the time of release it was relatively cheap as Rob bought it as part of a kickstarter deal but I believe it isn't quite the bargain that it originally was. It goes together pretty quickly and has proven to be a great asset for our early games of Necromunda. 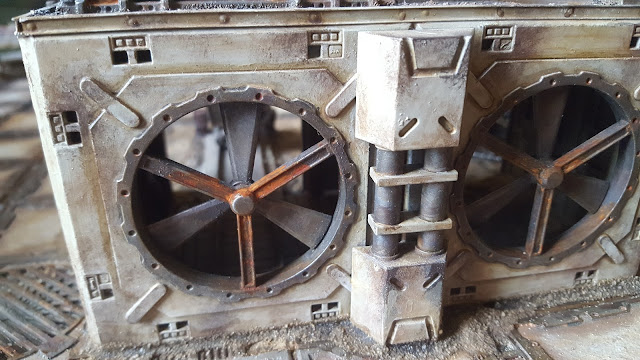 Since Mantic's initial release, GW have really stepped up their terrain game. Sector Mechanicus and the new style of ruins have pretty much blown away Mantic's terrain but I like the idea of the Underhive having an eclectic mix of terrain and I feel that this adds to the ancient archeotech feel that 'Munda is all about. 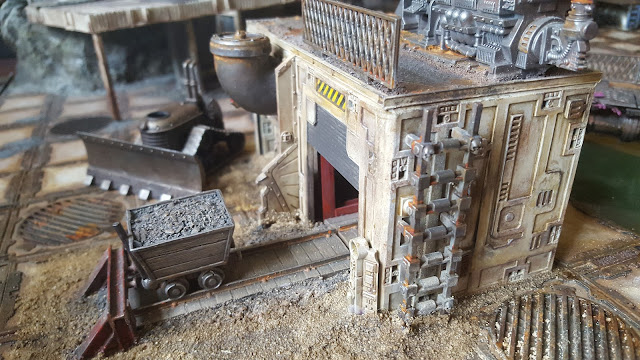 Of course, being a mine shaft, it had to have an old mining cart to dispose of all that rubble the locals would sift through. I'm not too sure why I originally had this piece but I do remember it was made by a company called Ainsty Castings and as I was building the structure I knew I had it lying around in a bits box somewhere.....never throw anything away 😉 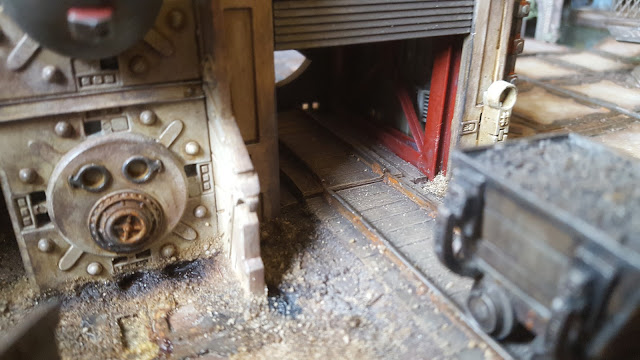 The rails lead inside the structure to a lift that descends to the depths below. Only the miners of the Kindred of the Dawn Shadow know just how far the shaft goes but rumours abound about what lurks beneath Rockridge. Where ever the shaft leads to, it has certainly proven to be lucrative for the Kindred, judging by the recently acquired Dozer unit that they have purchased. 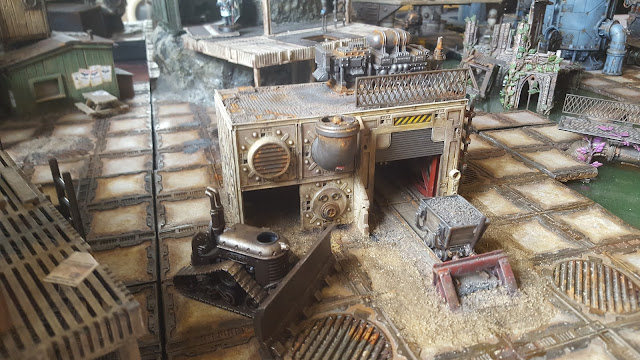