February is turning into a busy month 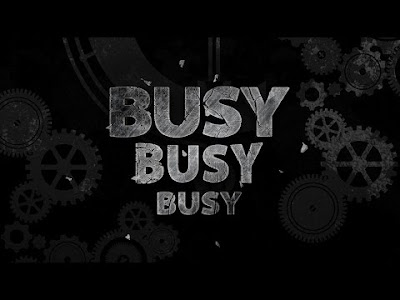 Greetings Sinners!
My HBS (Hobby Butterfly Syndrome) is once again threatening to overwhelm me and bring any progress to a standstill as I flit from one project to another.
Fortunately, there are a couple of events being run by fellow bloggers that will hopefully help me focus a little and help shoo away those flittering urges.

First up is Azael's Neglected Models challenge a great Blog (which I've embarrassingly only just discovered) that has plenty to read as well as some gloriously painted models.....I'm pretty sure he has a small army of painting daemons locked away in a hexagrammically sealed room because his work rate is somewhat prodigious to say the least!
For this Challenge I plan on finally finishing my Voodoo Dolls. I've ordered some name plates for them and I'm hoping they arrive before the end of the month. There isn't a massive amount to do on them, both champions and a Juve need a bit of work but the rest just need finishing off....having just watched this seasons climatic episode of Vikings, I'm thinking of experimenting with some war paint like this.... 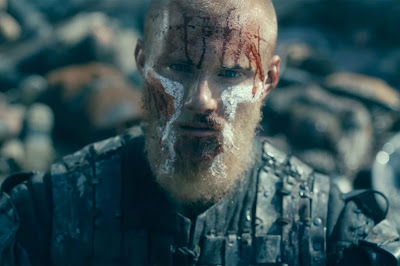 I'm not sure how well it will translate to a model, so I might just stick to the red eye strips that they currently have. So expect to see a full post on the Voodoo Dolls by the end of the month.

The next Challenge is from Rory's Stepping Between Games and is the Squaduary Challenge. Some of you may remember that I pledged my Voodoo Dolls to this last year and being that I've now pledged them to Azazel's challenge, I think it's fair to say I failed miserably! 😉 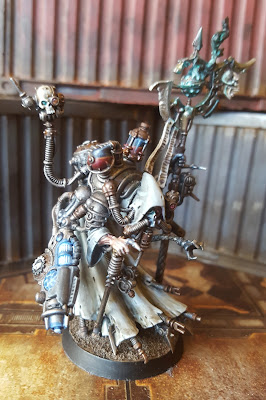 .....and I have a couple of Techno Cultists base coated, but everything else is still on the sprue, so for a procrastinator like me, this still represents quite a challenge (one that I'm not overly optimistic about)...But hey, if I get them built and base coated I'll be satisfied.

Of course, on top of all that I have another Cruelwater Chronicle to type up.....this penultimate episode took a seriously unexpected turn that both of us never saw coming....Our intrepid Reporter manged to obtain a pict-feed from the action.... 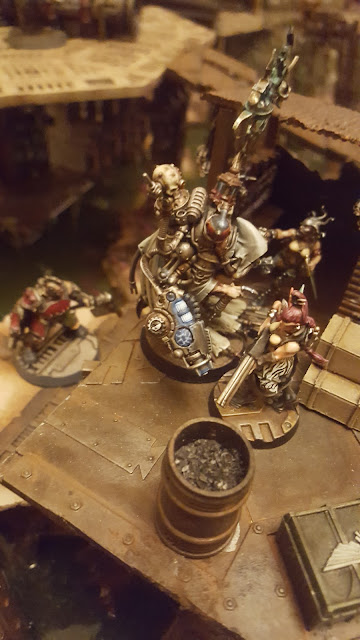