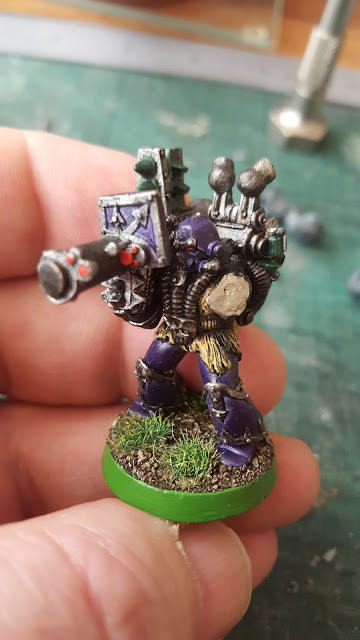 
You're probably wondering what in the name of Slaanesh would possess me to paint the rim of the base Goblin Green? Well back in the day, If you wanted to play in an event at Warhammer World you had to paint the rims this garish green!
Fortunately, GW realised that this was a bit OTT and allowed us to paint them whatever colour we wanted after a couple of years.
Despite it's beaten up nature, nostalgia got the better of me (nothing to do with working on a tight deadline) and I decided to keep him in the unit....I even found his original arm and shoulder pad.....17 years and I still know which bits box holds which model parts! 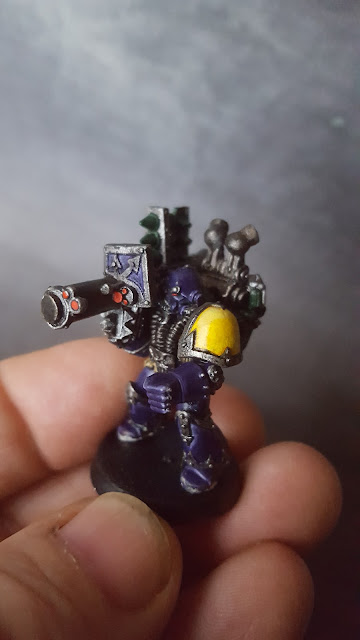 All well and dandy I thought. I had a rummage around and found 3 push fit Missile Launcher Marines......Slaanesh alone knows where they came from..... 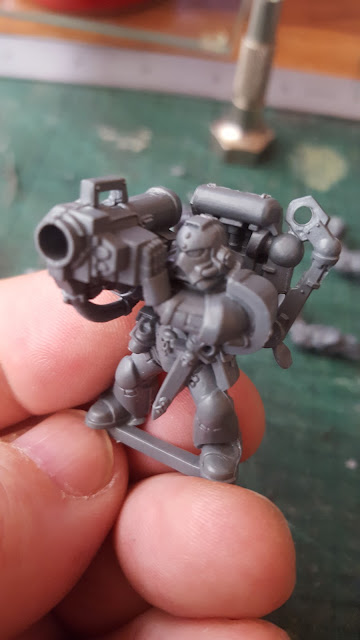 I dug out my Chaos bits box (I can't be the only person that has a Chaos Marine bits box, a Daemon bits box, a Sisters of Battle bits box, a Elda.....anyway, you get the idea) and added a couple of bits to overcome the thin-blood look ;-)
It was after I had embellished them that I realised just how pronounced the scale creep has become...... 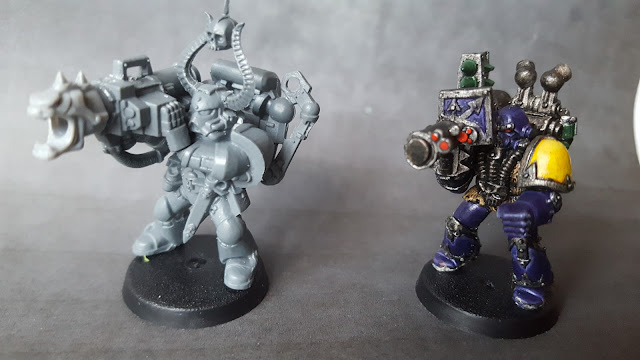 It doesn't look that noticeable in this photo, but believe me there is a considerable difference in size. The size becomes more noticeable when 'shorty' is surrounded by more of his comrades..... 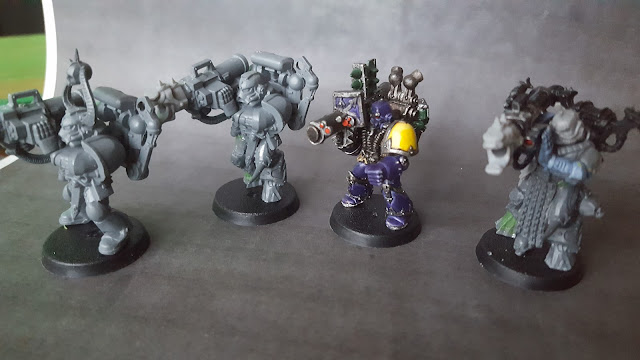 .......it gets worse when I put them on 32mm bases, so much so that I'm now considering retiring 'Shorty' and ripping his Missile Launcher arm off and putting it on another model.
Logically, I know this is the best option. Shorty was painted 17 years ago using the old Citadel Imperial Purple which no longer exists, so he'll be slightly off shade compared to the others.....but a part of me is loathe to give up on him after all these years spent alone waiting for his time to come again.

So what do you think, should I bin him or keep him?