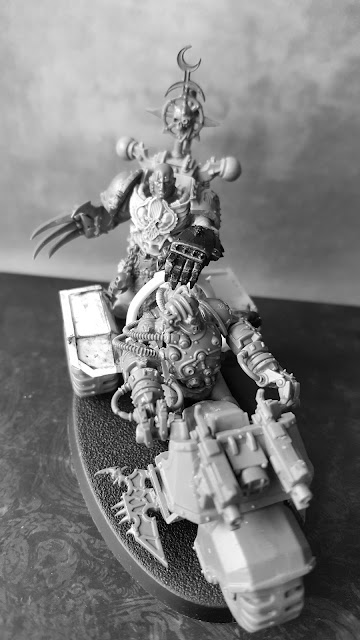 Work continues on Nestor's new ride, not quite at the pace I was hoping for but the build is almost complete. One or two people have been asking how it's going (so many impatient readers on here!), so I thought I'd show the progress I've made...... 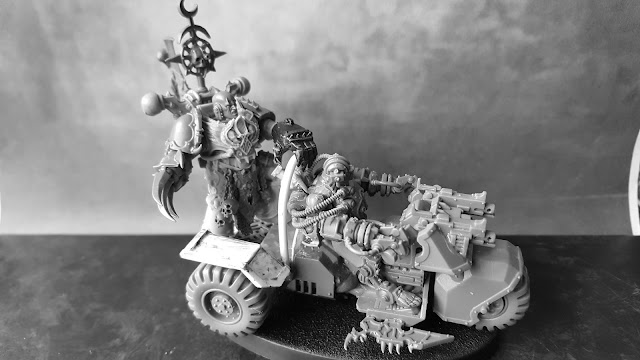 I've tried so many different bits and pieces for this project, that it has slowed me down much more than I expected it to. I'm pretty happy with how this has turned out. The poor unfortunate rider (I can't get the name Alfred out of my head!) has a new bionic lower leg which emphasises just how little was left of him after his 'death race' with Korath Vilehorn. 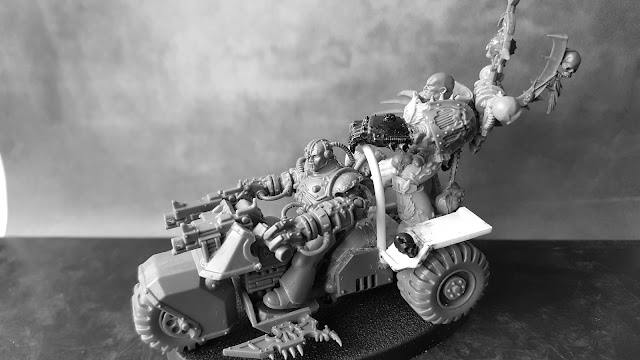 The right leg, will receive some daemonic flesh, forever fixing him to the bike (but I'll do that once the bike and rider have been painted separately).....it's better than being interred inside a Sarcophagus, at least he can feel the wind on one side of his face and his bare shoulder ;-)

I've kept the bike purposely 'plain', so that it appears typically Space Mariney. I keep looking at the front mud guard and thinking it needs something to chaosify it a bit, something subtle rather than something over the top.....but I'm unsure what? 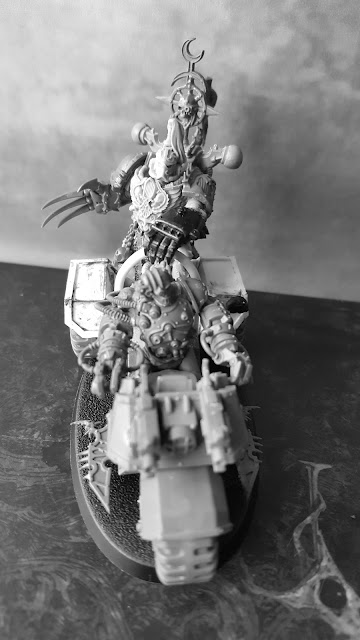 Nestor himself, is sporting his new armour that was taken from his brother Vorlath....this champion of Slaanesh once held the title of Chosen of Slaanesh until Nestor defeated him and cast him from Our Lady's sublime gaze.
I'm happy with the pose and his wargear, but I'm still undecided on which head to use. I'm leaning more towards the bare head (Cassius from the Deathwatch if anybody is interested). I think it looks more menacing and I usually build all of my characters without a helmet. 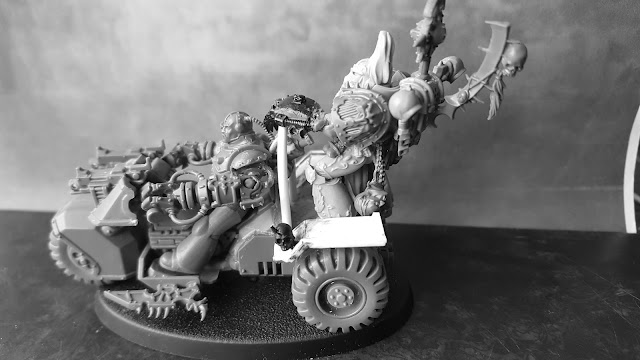 I do like the helmet from the Emperor's Children Palatine set though.
So, helmet?.... 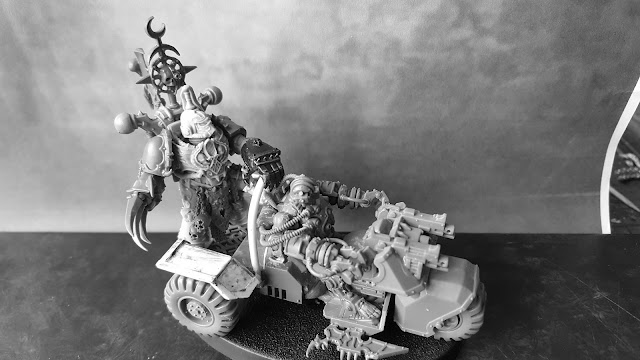 .....that is the question?
Opinions would be greatly appreciated......and while you're at it, what about tarting the front of the bike up? Yea or nay?

Until next time, may Our Lady grant you her number ;-)