The Fall of Terra

Greetings Sinners!
Bolter & Chainsword have a great little event going in the Chaos Space Marine Forum called The Fall of Terra. It's a project designed to encourage Chaos Warlords to start or add to their Warband and give each other a (much needed, in my case) incentive to complete our forces.
I jumped at the chance to participate, so I decided to start off with a small manageable project so as not to over-face me. Unfortunately, the best laid schemes of mice and men gang aft agley!


I soon discovered that Photobucket has changed their Phone App and it is no longer possible to upload photos to it. To make matters worse, my B&C interface keeps throwing up error messages whenever I try to upload to my gallery, so it seemed that my project was over before it got started.
Fortunately, I have a blog!
So I've decided to participate through my blog and hopefully, the error messages that Bolter and Chainsword keeps throwing up will sort themselves out soon enough.
So here's my pledge:

Squad Rapture - 3 Combi-Plasma Terminators.
The completion of Squad Sublime's replacements - 2 Noise Marines with Sonic Blasters & 1 Noise Marine with a Blastmaster (to add to the Noise Champion & Sonic Blaster toting Noise Marine already finished)
Lothar Von Gottlieb - Slaanesh Sorcerer on a Bike.
New armour to accommodate the deserving gifts granted by 'Our Lady' & a mechanical steed to carry my magnificence (a new Lord of Slaanesh on Bike).

This is my vow.

So first off, I decided to tackle a new bike for my Lord. I already have a bike for him and although I like the model, he doesn't really stand out as 'I am Warlord!' 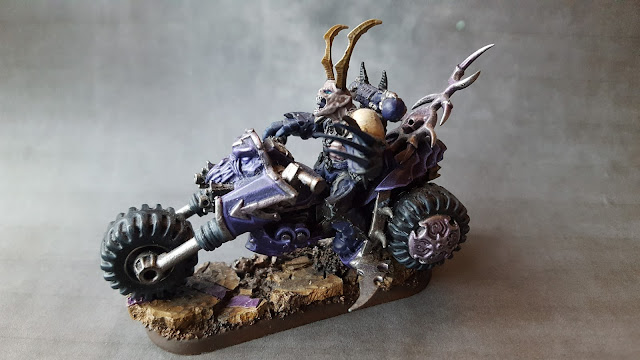 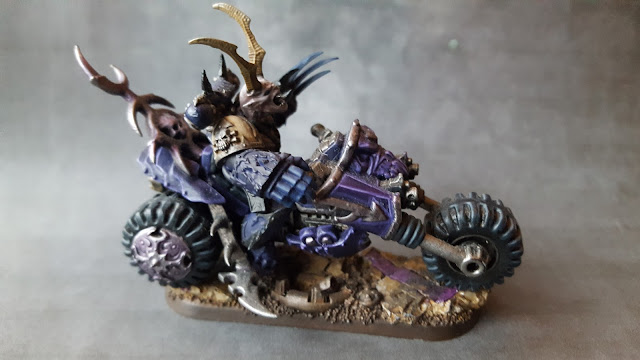 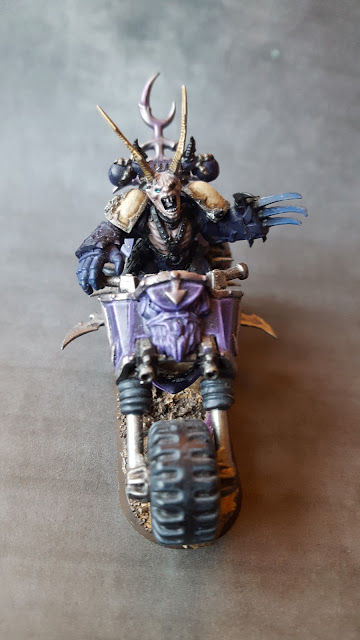 I want a model that people will know is my Warlord and was a bit stumped on how to achieve this.
Fortunately, GW released the new (ish) oval bases which look a bit more imposing.... 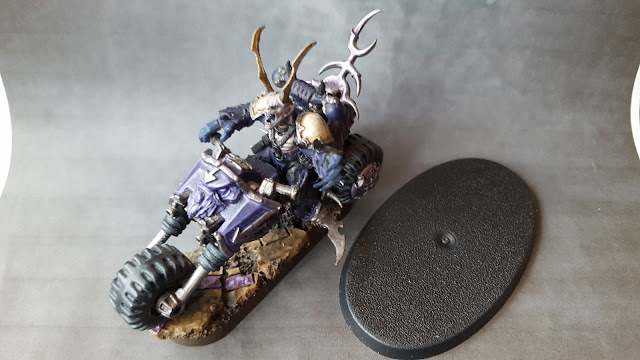 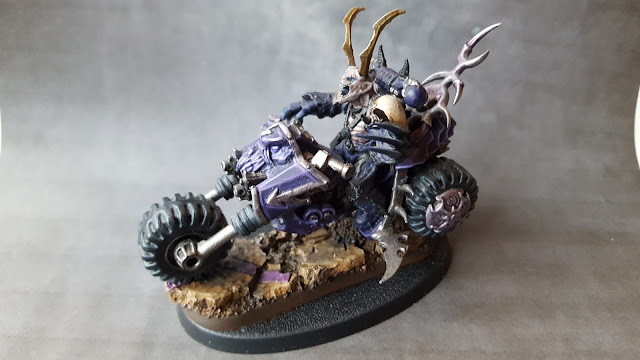 As well as the lack of 'presence', I was also unhappy with how a Lord would actually ride a bike armed with a Powerfist and a Lightning Claw.....I mean it looks unfeasible to use a bike with those weapons.
After a bit of thought, I decide to keep the oval base and exploit the extra space if afforded me and design a bike that would show off my Warlord in all his glory.....he is the Chosen of the six Lords of Slaanesh after all ;-)
So I broke out the plasti-card and here is what I have so far. 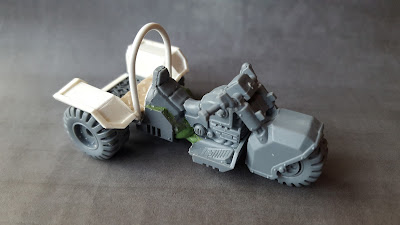 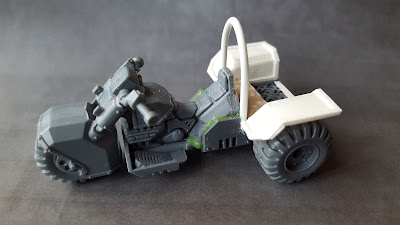 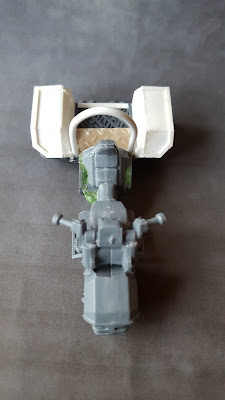 Obviously, these are early work in progress, but it gives you an idea where I'm going with this. The rider will look like he's been in one too many battles and has been rebuilt by the Castigators' Fleshsmiths to become Nestor's personal chauffeur.....hey, it's better than been interred in a Helbrute! 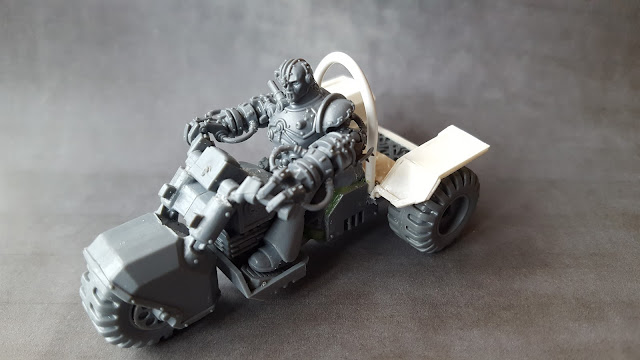 I'm thinking of replacing one of the legs with bionic parts and I might model daemonic flesh to meld him with the bike.
For Nestor, I will be using the FW Eidolon body that I got for a song on ebay. This will go perfectly with his background. When Nestor defeated his fallen brother Vorlath, he stripped him of his armour and cast him into the six hells of Slaanesh. The Castigators' artificers have been busy working on this armour and will soon present it to Nestor to remind him of his great victory over his wayward brother. 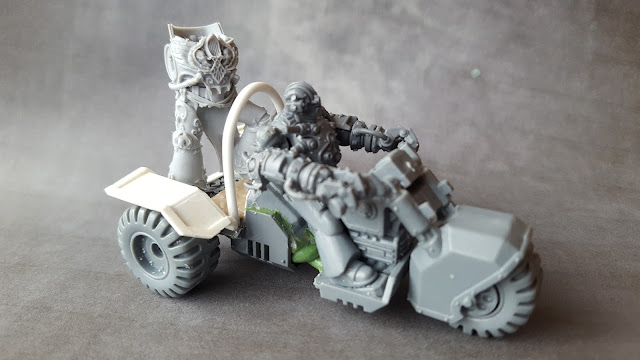 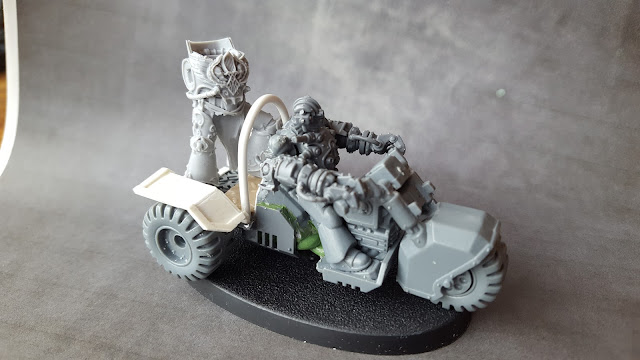 So here's the first part of my vow, I've still lots to do, but I like the direction this project is heading in already.....groan ;-)
Until next time......may Our Lady grant you her number!