Rise of a Chaos Lord 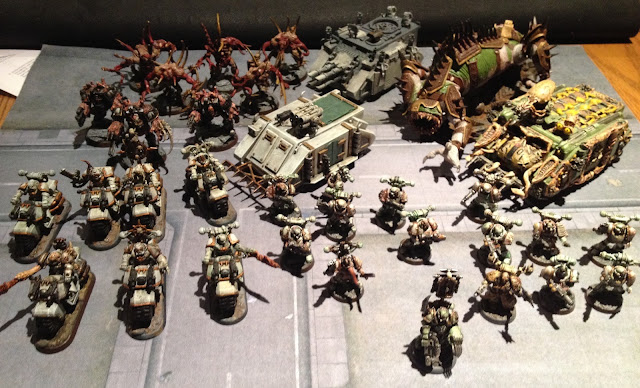 I would like to take this opportunity to introduce some of the death guard that I will be using in our next game, as our story unfolds squad leader Tosis has been doing rather better than Lord Festus in many games and this has not gone unnoticed by the Grandfather!

In our last encounter Festus was laid low and is now in the lascivious clutches of the Castigators.

Tosis sees his opportunity to wrest control of the dusk raiders but with half of the renegades still loyal to Festus the only way for him to unite the rapidly fracturing forces is to rescue his erstwhile leader by pulling together a fast hitting assault force to smash its way into the Castigators bunker and bring his Lord back into Nurgles foetid folds.

Tosis Mire,
Festus' right hand man who's been taking more liberties than is good for him in the eyes of his liege Lord. 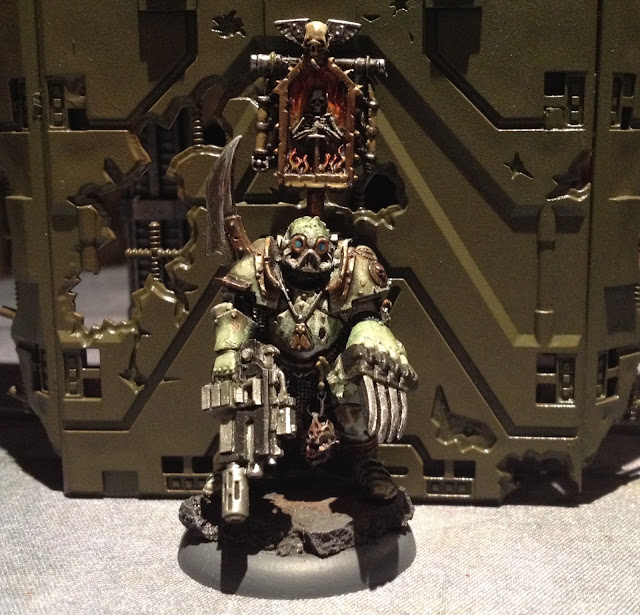 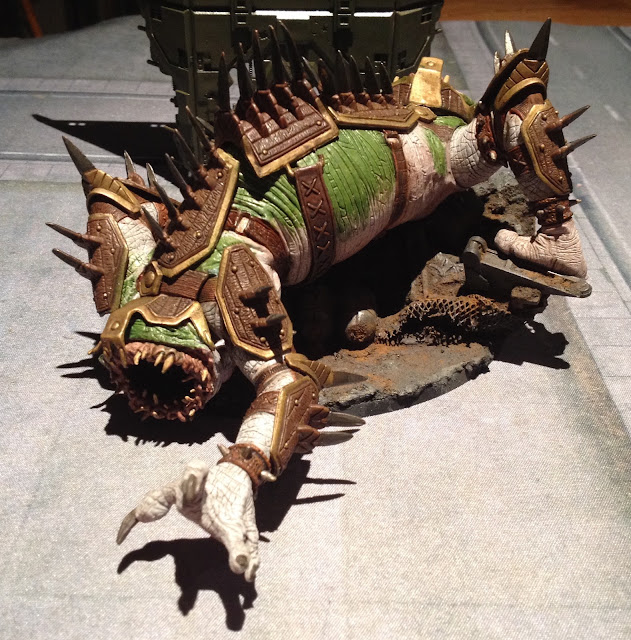 this is a model from Mcfarlane toys I had intended to add all manner of mechanical bits to in the same way as I did for my heldrake.....but haven't yet. 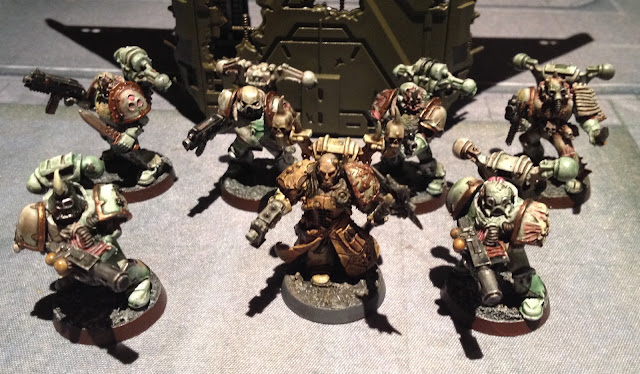 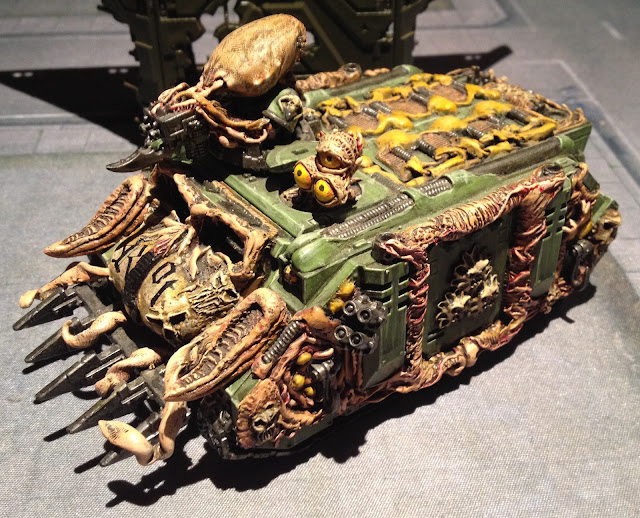 Squad Contagion
led by Septus, fiercely loyal to Festus since given command of the squad. 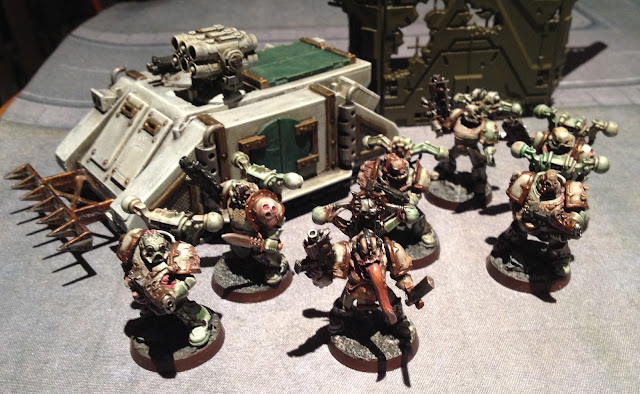 The Languid
spawn of Nurgle imbued with inhuman resilience thanks to Lo'mos viral serum. 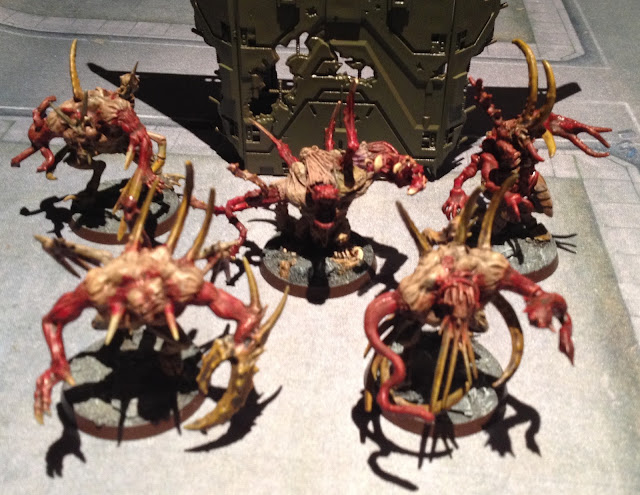 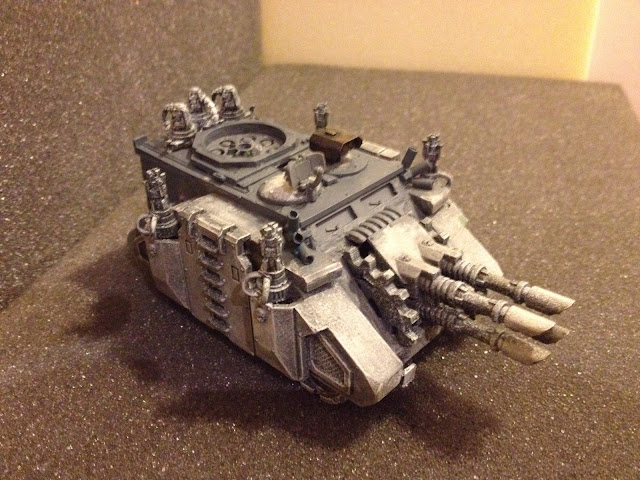 still very much a work in progress 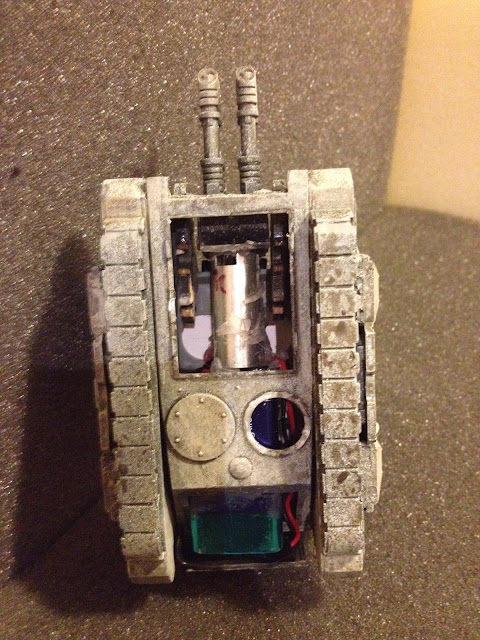 Squad Viralim
Bikers of Nurgle led by Lo'mos the genius behind the phage, a serum so virulent it causes instant continuous mutation in its unfortunate hosts. 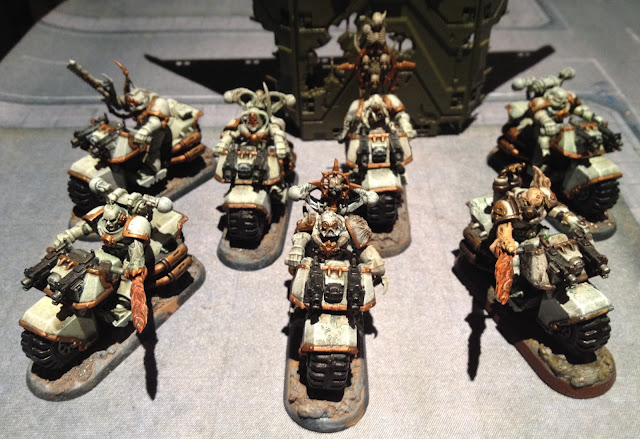 Hopefully with the return of their lord the dusk raiders will be united and able to plan for the conquest of the pandora system once again!
Posted by RobKanci at 06:26