The Knight is Coming 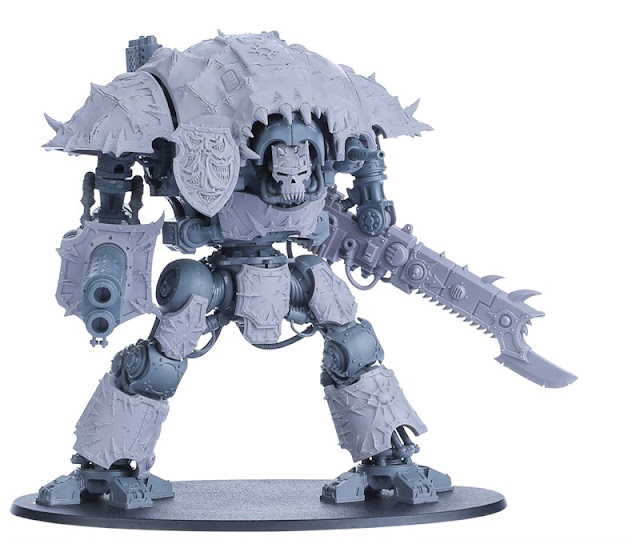 Pre-orders go up for the new Chaos Knight a week from today.
"These vile engines of destruction will have had many gifts bestowed upon them in return for their devotion to the dark gods. Some Chaos Knights may be refitted with powerful and tainted weaponry, augmenting their already fearsome strength in close combat with foe-reaper chainswords, barbarous corruptions of reaper chainswords adapted to gouge and eviscerate all who get within their reach. Whilst those who have given themselves over fully to one of the Chaos gods receive malevolent powers, granting them unnatural and terrifying abilities that few can match and defend against." 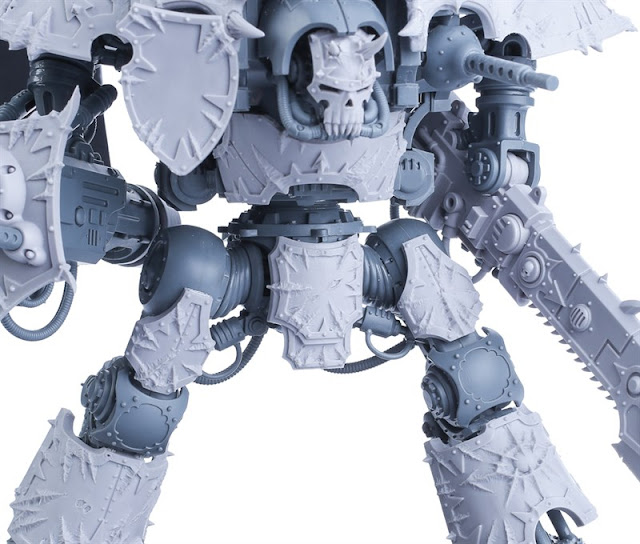 The rules are still experimental, I'm not sure why because it looks just like a regular Knight with the customary Marks of Chaos granting it a Daemon save and another costly benefit (the Khorne one looks reasonable). Here's the rules for them http://www.forgeworld.co.uk/Downloads/Product/PDF/C/Chaos-Knight.pdf 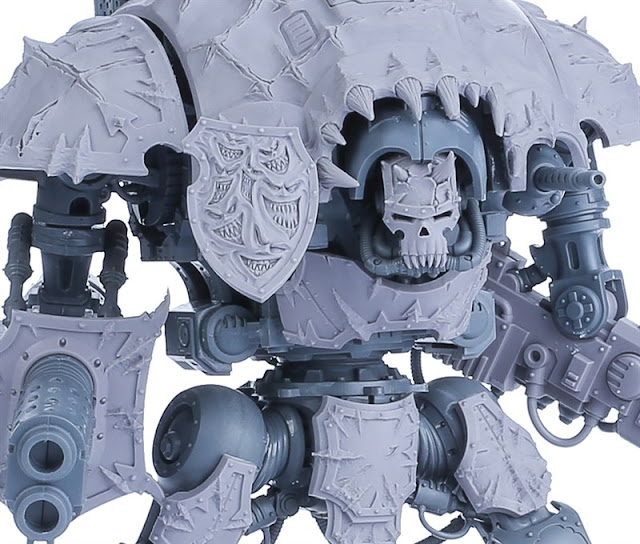 There's a choice of shields and I'm not sure if I like the one above. It looks a little cartoony for my tastes. 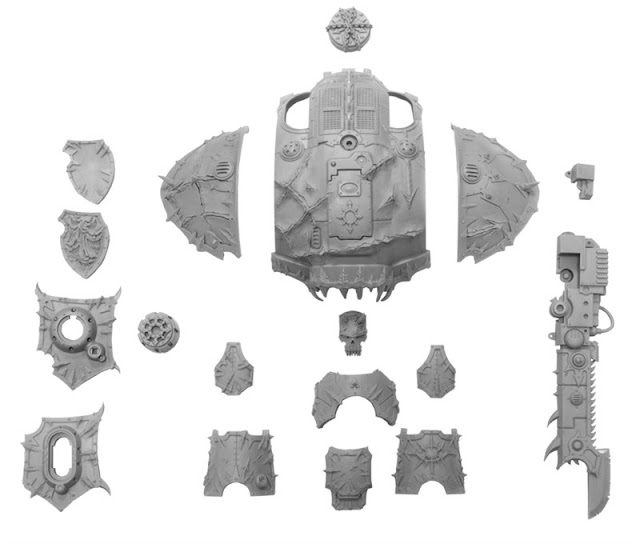 Here's the money shot showing what the extra £20 gets you. It shows off the ridges on the carapace perfectly. In the photos that I'd previously seen, I hadn't realised that it was part of the Chaos Star. One of the leg plates has the Eye of Horus, which has never been suitable for my Castigators but I suppose it would be suitable for a Knight that turned during the Heresy such as House Devine. Those recently turned would be unlikely to have such an icon. The Chainsword (Foereaper) looks sweet and adds +1 to the result when rolling on the Destroyer Weapon Attack table against enemy Monstrous Creatures and Gargantuan Monstrous Creatures. I'm not that well up on Knights so I don't know if Imperials get that rule. 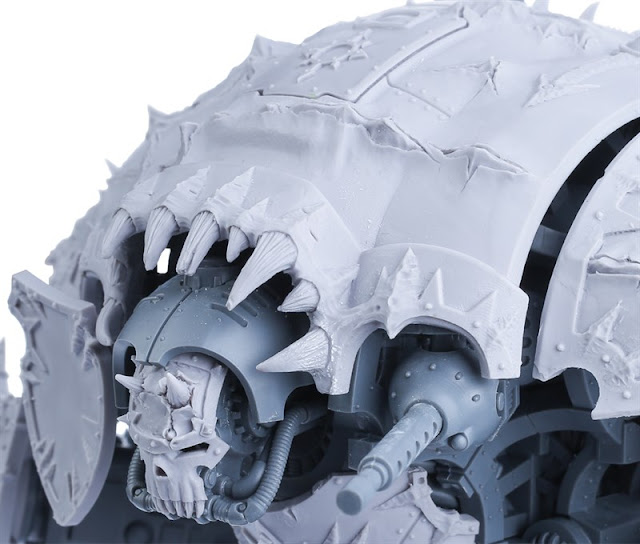 Overall, it's a lovely looking kit that adds some much needed clout to a Chaos Space Marine army and as much as I'm trying to resist buying one, I know it will only be a matter of time before I succumb to temptation......Although word is that the Warp is rife with rumours that the Castigators have captured a Greater Brass Scorpion of Khorne and are busy trying to break this vile abomination.....but that's another story.....