Uncovering more of the Underhive 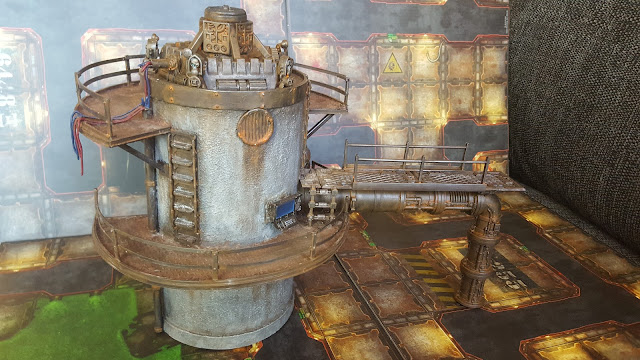 Greetings Sinners!
We've both been busy beavering away on an assortment of projects for our corner of the Underhive and I thought I'd share the latest piece to be uncovered in Rockridge's expansion. 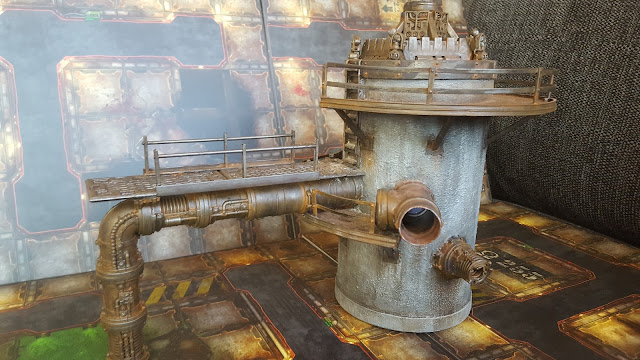 This is the first piece of terrain that I built for the Underhive and it's taken this long to finally get some paint on it! The structure is made from a Christmas Cheeselets tube with Vallejo paste stippled on it. I added a Drop Pod base to the top that was left over from when I built a Dreadclaw (ah, the good old days when 40k was entertaining 😉) and various bits and pieces I had lying around. 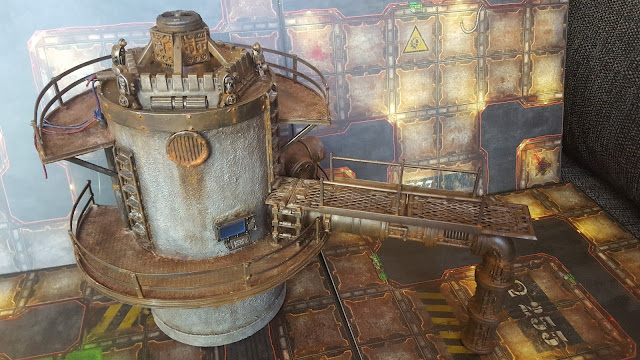 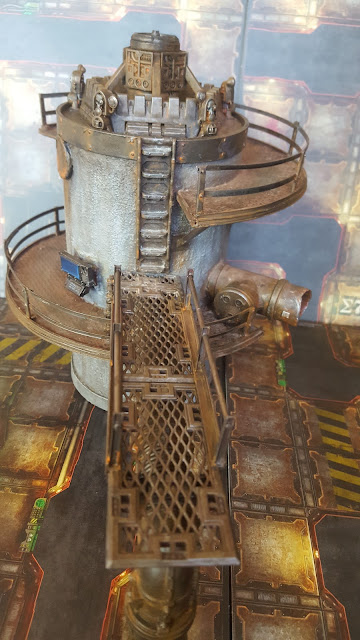 This made it much more user friendly and allowed me to get my big hands in without causing a Hivequake every time I moved a model on it. For those of you who have thought about building their own Necromunda terrain, I would urge you to play games on the pieces you design before finalising your plans. There are some great Terrain pieces out there on Facebook/Instagram/forums and they look gorgeous, but I'm often left thinking that some are too impractical to actually play a game on. You have to be careful that a terrain piece doesn't become nothing more than a piece of eye candy that blocks off a part of the battlefield.....don't get me wrong, there's nothing wrong with eye candy, it helps with the immersion, but it's even better if you can interact with it as well 😉 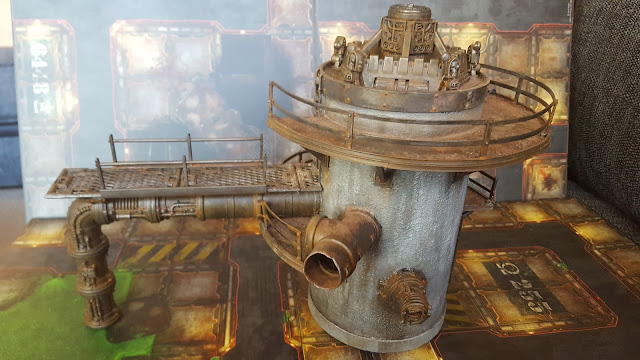 You might have noticed that the end of the gangway has been left open. Ideally, I would have disguised this by putting some ladders on either side of the vertical pipe, but unfortunately I haven't found anybody that makes them (yet)....and they're either too expensive to buy or too time consuming to make when there is so little time....if someone was to make a sprue of ladders, they'd sell like hot cakes!
The reason for leaving the gangway open was so that we could use it as a freestanding piece or add it to another piece of terrain like this... 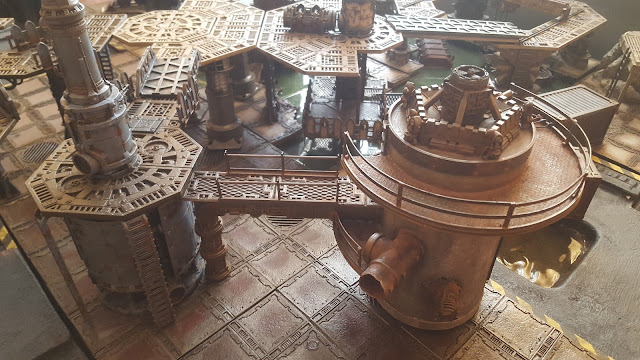 When I get time, I'll come back to it and add some graffiti and posters (honest!) but there are just too many things going on in the Underhive competing for my attention at the moment..... 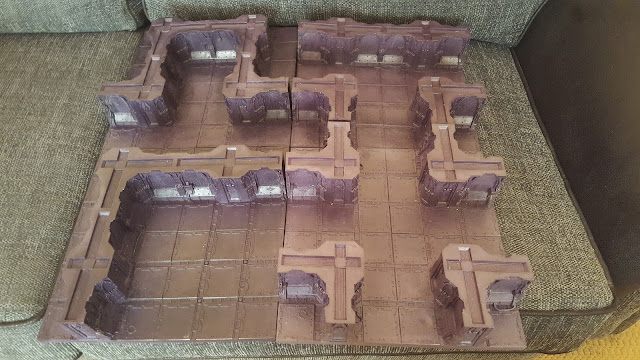