Dozer was always big even by Goliath standards but his propensity for the ultra-violence was sorely lacking until the Janitor fixed him with a combat skull chip. Now he revels in the brawl abandoning ranged weapons in favour of reaching out and touching his opponents. Not many can go toe to to with the 'Dozer especially when he flips his stim rig up to level four. 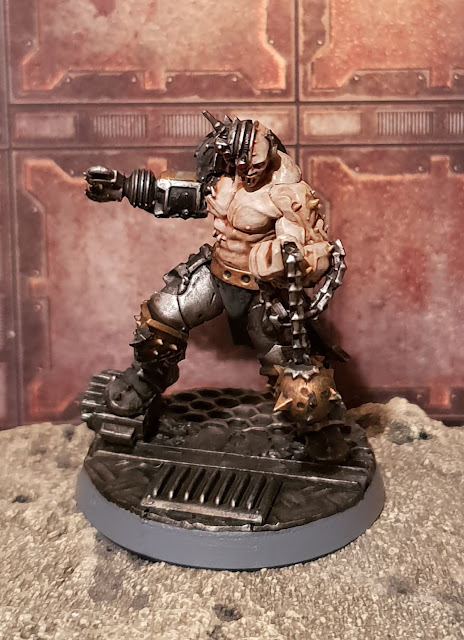 Having played a few games in the Puppet Master narrative I have accrued some creds and I've decided that with the toughness of the Puppet Masters servitor bodyguards I'm going to need some serious oomph in close combat, what better way then to utilise the brute rules. 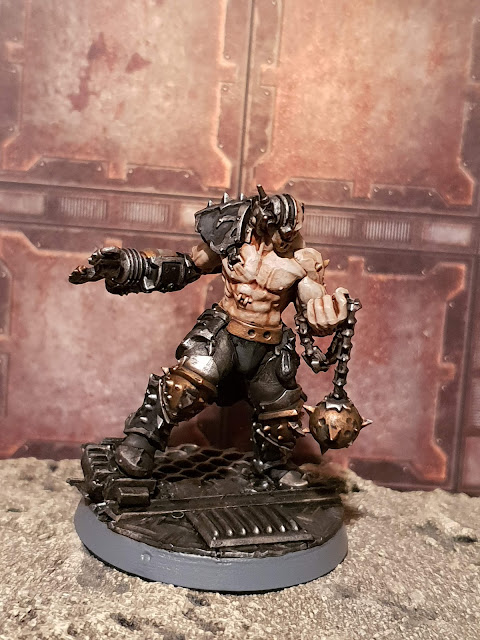 The ball and chain will represent the upgraded reach you get with the mutated fists and bone spurs. 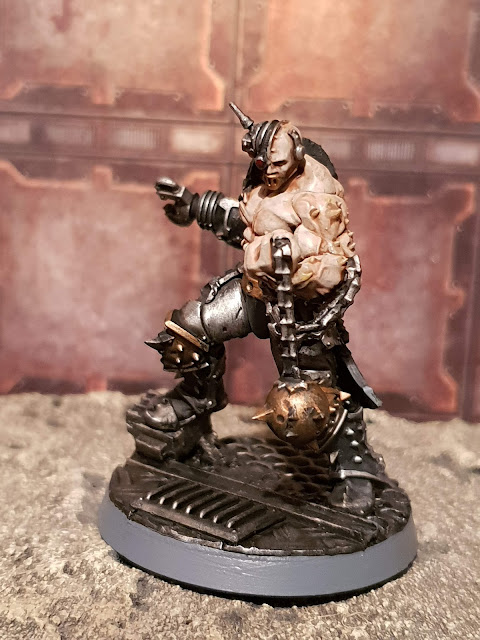 The cranial augmetics will be the stim slug stash.

Hopefully this new addition to the clean up crew will enable me to push through the bodyguards to take on the puppet master himself.
Posted by RobKanci at 05:54