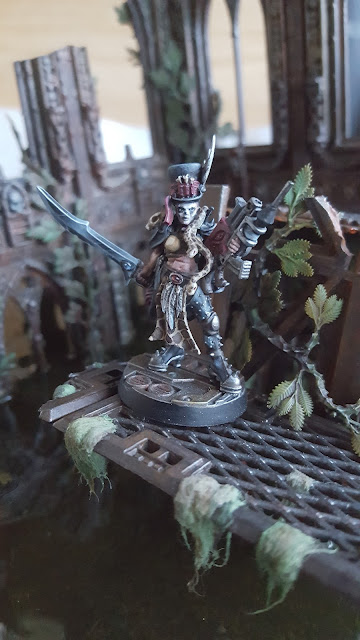 "Stranglevine Creek ya say?
Ya don't wanna find yourself down there, lessen ya got an invite from Maman Brigitte herself. Those Voodoo Dolls don't take too kindly to strangers, no Siree!
But hey, ya seem a likeable enough fella, maybe Brigitte will take a shine to ya.
Carefully does it though, such a purty mouth like that an' she might like ya too much.....and if that happens, well......ya ain't never coming back! 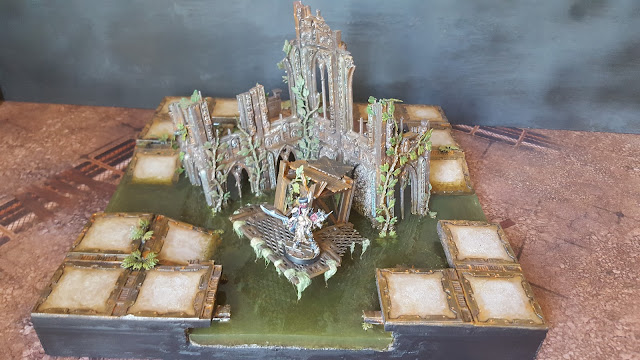 Greetings Sinners!
After soaking up the ambience created with my Mood Board, I've been feverishly creating my first Sump Swamp tile for my Voodoo Dolls gang. 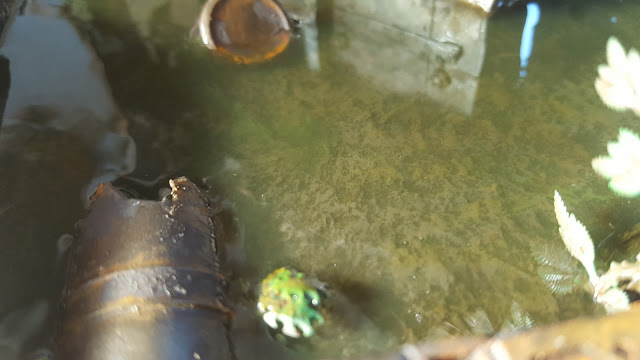 The entire tile has been something of an experiment using techniques and products that are new to me. One such experiment was the algae effect which has turned out rather well.....even if I do say so myself 😉
This was created using Liquitex acrylic paste mixed with tea leaves, dried thyme, dried coriander and sand. The acrylic paste sets solid but is flexible so it won't crack. 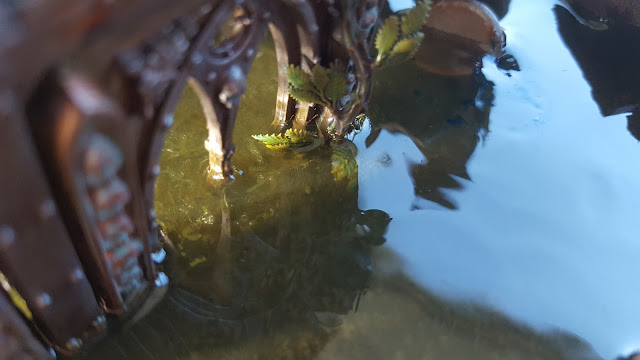 GW's Creeping Vines were added to the sunken building. These are incredibly flexible and were painted on the sprue and then clipped them off. I bent them every which way when attaching them and the paint never cracked or came off. 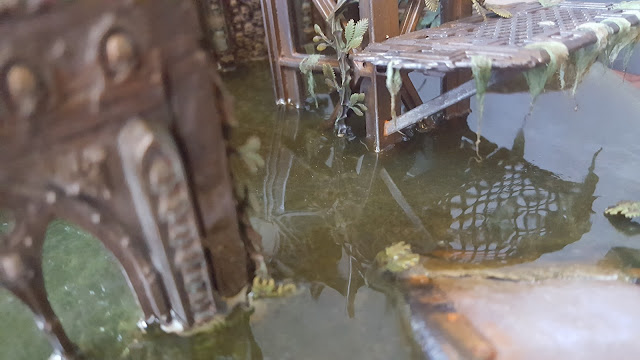 The Spanish Moss was simply a cotton wool ball pulled apart on dunked in PVA glue with green paint added. I draped it on to the structure and then teased it to hang down. 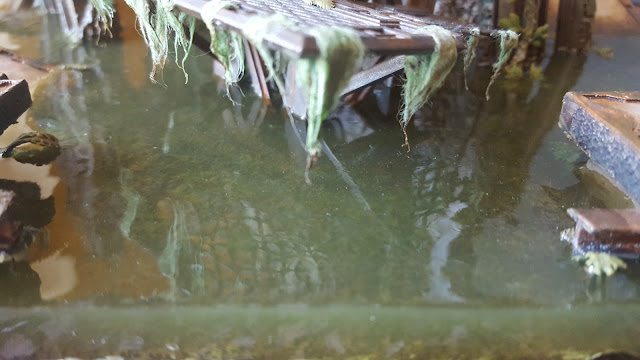 The water effect is clear resin with a very small amount of green paint added to it to give that murky, stagnant feel to it......it's a bit of a bugger to photograph (especially when all I have is a mobile phone camera) but hopefully it conveys the derelict, forgotten backwater feel that I was looking for 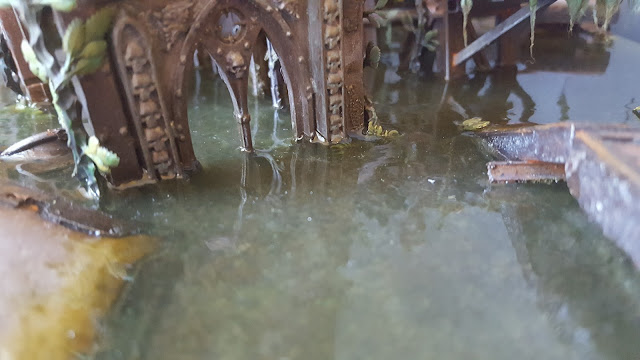 Not all of my experimentation proved successful though. I added some ink to one of the floating barrels hoping that it would mix with the clear resin to form a cloudy effect but for some reason the resin was having none of it. Fortunately I soaked most of it up with a paper towel and filled in the hole it left with a bit more resin. 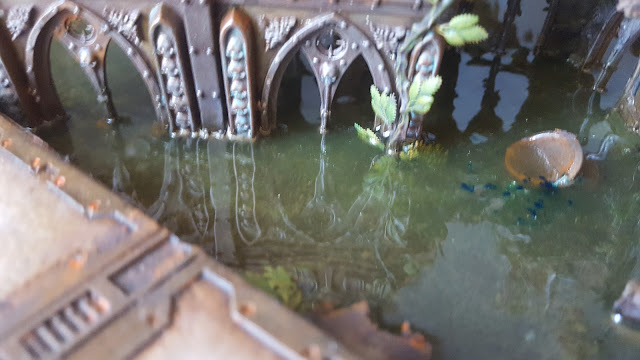 Overall though, I feel that my first experiment with bringing some flora to the Underhive has been a success. 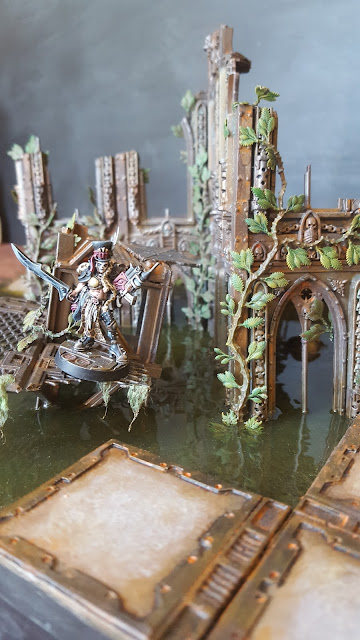 The layout has been designed so that models can move across it from one side...... 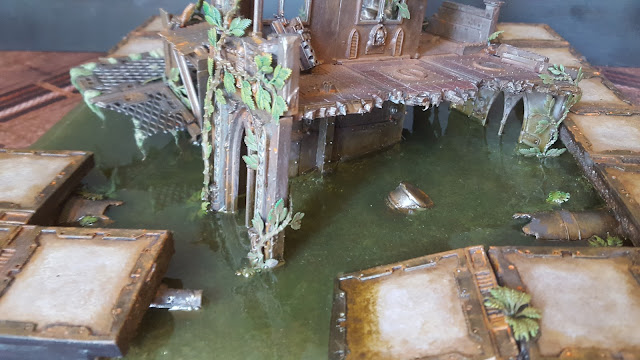 ....to the other with relative ease. 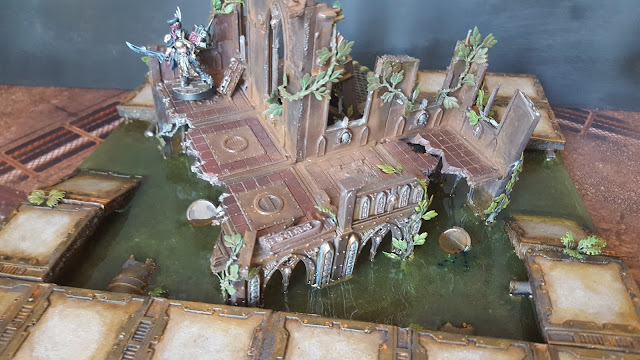 All of the gaps between the building and the Hive floor are less than an inch so there are no issues for models climbing all over it..... 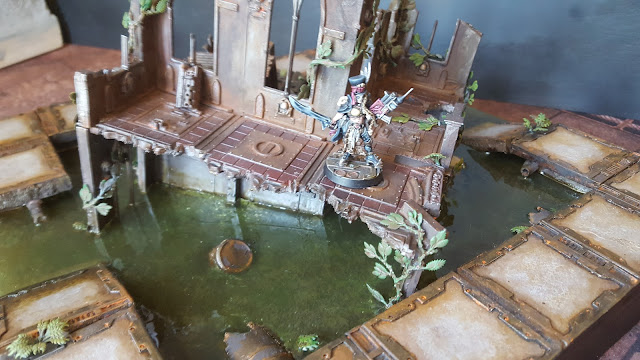 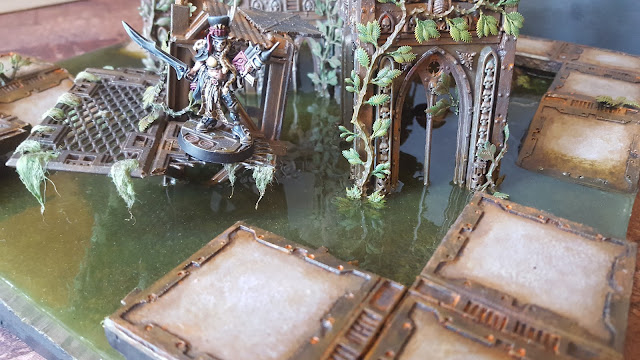 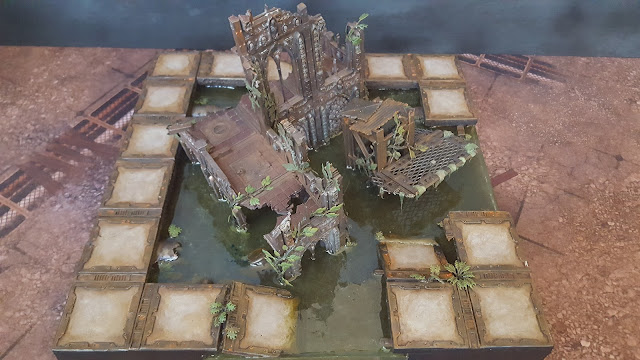 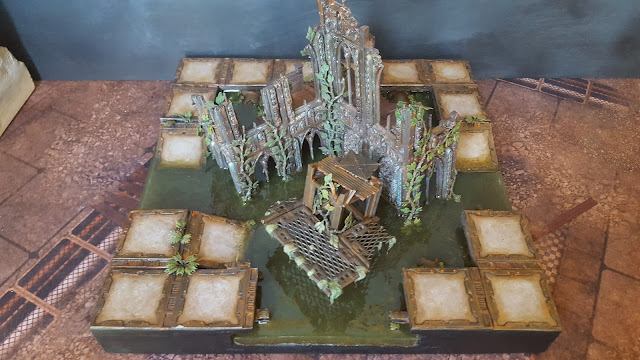 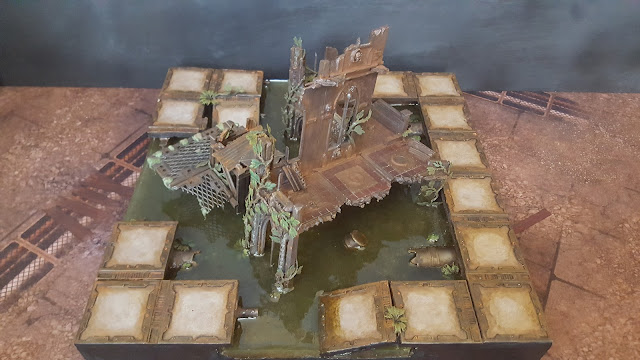 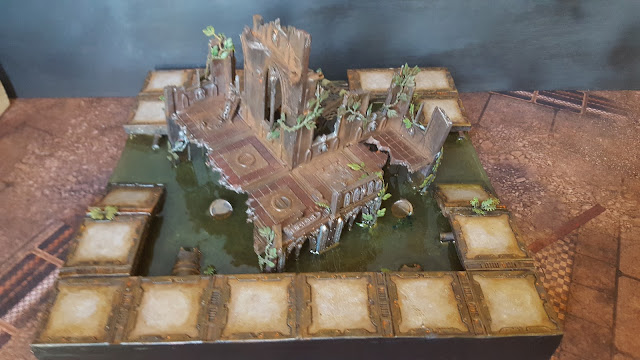 This is the first of four tiles that I plan on creating and has been designed to connect with the other swamp tiles as well as my other terrain tiles...... 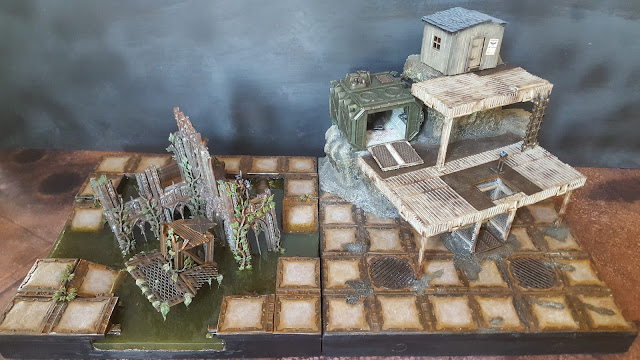 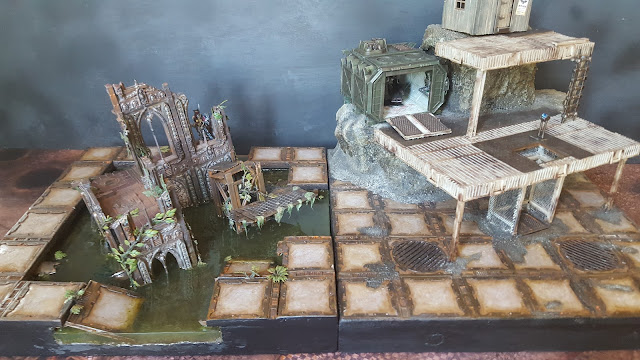