The Quick and the Dirty

Greetings sinners!
Heat 2 of the UKGT is fast approaching and once again a tournament is dictating what I'm painting. I have a week to get everything table top ready and it's looking a bit of a tall order. Fortunately, my mate Rob has lent me the ten Cultists above to help me out. So for the last couple of days I've been busy sorting out another 10 Cultists, a Dreadclaw and for some bizarre reason I decided I didn't like the Force Sword on my Sorceror and chopped it off to replace it with a Force Axe.....great timing eh?

I'm finally getting around to building and painting the Cultists that came in the Dark Vengeance box. It's not that I don't like the models, it's that I have 24 cultists already painted that I like but can't use any more. They're the old Clan Escher models from Necromunda that are still really cool looking models. Unfortunately, they were built many a year ago (the time of the fabled 3.5 Codex.....all hail Pete Haines!) when cultists could all be armed with shotguns. I still use them as proxies but unless I can find enough pistols to convert them back (which is proving somewhat difficult) they're unusable in a tournament setting.
Fortunately, the Vengeance Cultists are really quick and easy to put together. I've only built the auto pistol & CCW chaps though, but I've discovered that these models are really nice and easy to paint. I've gone for a very quick and dirty paint scheme with very little detailing but considering the amount of time spent on them I'm happy with how they've turned out.
So without further ado, I present "The Violated." 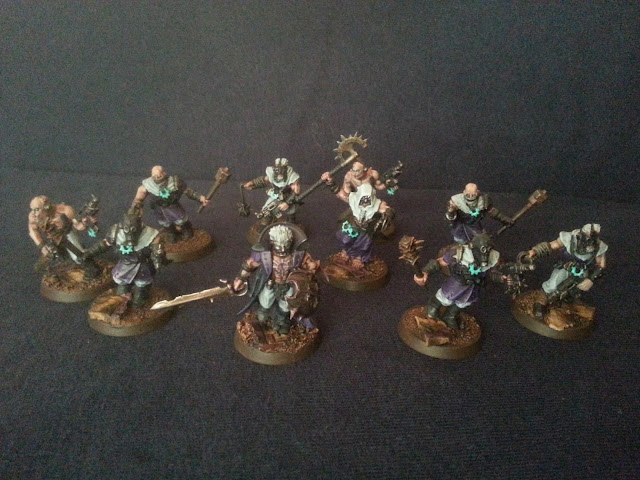 Known as "the Violated", this rag-tag band of misfits are the last remnants of the Mammon Planetary Defence Force.
Located in the Pandora Cluster, Mammon's inhabitants welcomed the Castigators as saviours from the invading Death Guard. The ruling nobles of the Medici family, enthralled by the wondrous experiences the Castigators had to show them, revelled in their new found pleasures, while all across the planet the Mammon PDF died in their thousands fighting against the Death Guard. 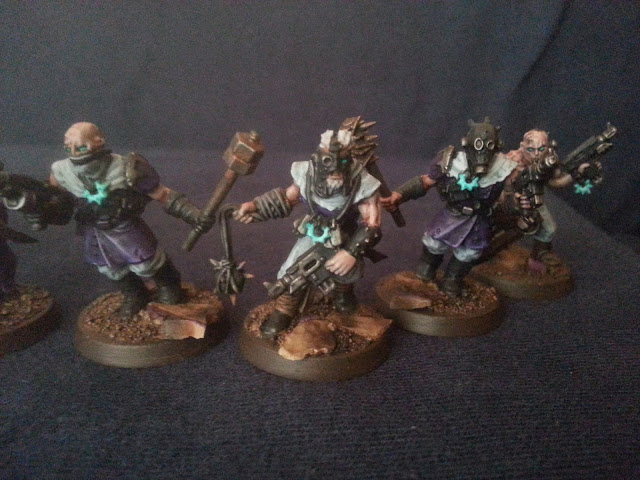 Eager for greater pleasures, the Medici's acquiesced to Nestor taking control of the Planetary Defence Force. With the might of the Mammon Guard at their disposal, the Castigators quickly pushed back the Death Guard, forcing them into the ash wastes for a final battle for Mammon. 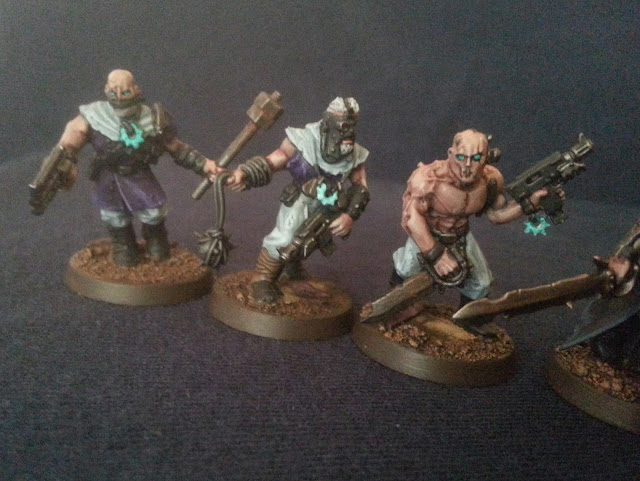 The victory that followed, proved to be something of a Pyrrhic victory for ruling Medici family. With the Death Guard defeated the Castigators claimed their prize.....the sons and daughters of Mammon. 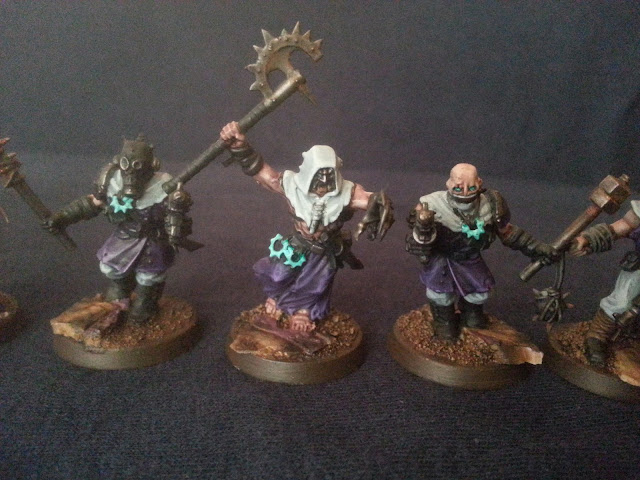 Led by the Captain of the Medici's personal guard, the Violated are treated little better by the Castigators than they are by the enemy. That they appear to relish this ill-treatment is testimony to how far these degenerates have fallen! 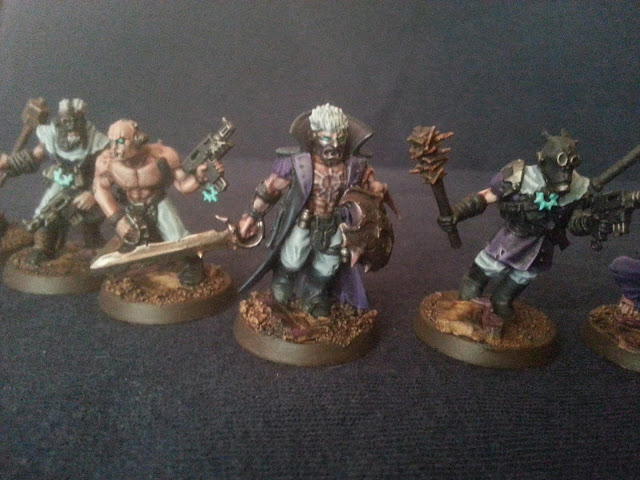 I've just realised that I haven't posted up "The Sacking of Mammon" battle report, so expect to see that posted in the next day or two.
Right, back to painting and thanks for looking. Until next time......may Our Lady grant you her number ;-)
Posted by Castigator (Gary) at 06:07