For those who aren't familiar with the Scorps, they're a Forgeworld creation and a chapter of the Badab Wars. They have quite a lot of FW history, being currently involved in three campaign books - the Anphelion project and books 1 and 2 of the Siege of Vraks. There's another book on the way, the Fires of Cyraxes, due for release later this year. Rumour has it that this new book will see a major shake up in the Scorps fluff, we'll see.

The 4th Battle company plus support elements are currently campaigning on the desert world of Vesok II in Segmentum Obscura, known locally as Pellas' World after the Knightly house who have had custodianship of the planet since chaos forces withdrew during the Scouring. During the centuries since there have been several chaos raids, from small incursions to full scale invasions. No obvious reason for the attentions of the ruinous powers are known. Speculation ranges from the planets orbit taking it across a safe warp corridor twice per stellar rotation, the recovery of artefacts left behind since the heresy,  vengeance on House Pellas for their victory which finally banished chaos forces from their world after the scouring or simple random chance. After all, chaos is fickle.

The most recent chaos landing has seen a large force of traitor marines dedicated to the blood god ravaging settlements, cities and industrial complexes. In some instances the bloodshed has been so great warp entities have been seen to manifest themselves, only to increase the slaughter. With bloodshed and carnage increasing, and the struggle of House Pellas to defend their holdings, Baron Abram, the current head of House Pellas, swallowed his pride and called for support from whoever heard. 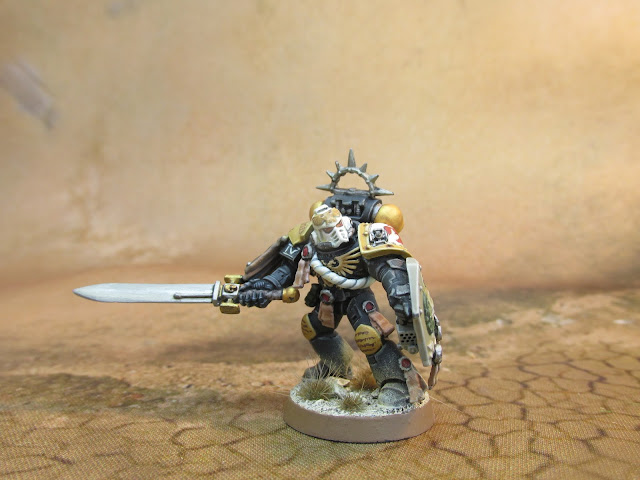 Under the leadership of Commander Varn (Red Scorpions command structure uses the title of Commander for those in charge of companies, with the chapter master having the honorific Lord High Commander), 4th company has been successful in their defence of the more important of House Pellas' holdings. This first phase, keeping the enemy away from centres of industry an population, is coming to its conclusion. Despite sometimes overwhelming ferocity from the enemy, Commander Varn knows that the time is soon to come when he must take the fight to the enemy. He is honoured to carry Venom, one of the legendary chapter relics known as Tears of the Scorpion.

Commander Varn was only recently elected to leadership of the 4th. Although his service and experience in the chapter is long and glorious he must rely on the wise counsel of Chaplain Tedan, assigned to the 4th from Reclusiam command for 26 standard years and a chapter brother for 183 terran years. As a revered spiritual leader Chaplain Tedan has some leeway in his choice of wargear. He holds a nostalgic, some would say eccentric attachment to the bolt pistol he was first issued as a novice scout. He insists the machine spirit of the weapon remembers it's link with his armour and as a result his accuracy is improved. 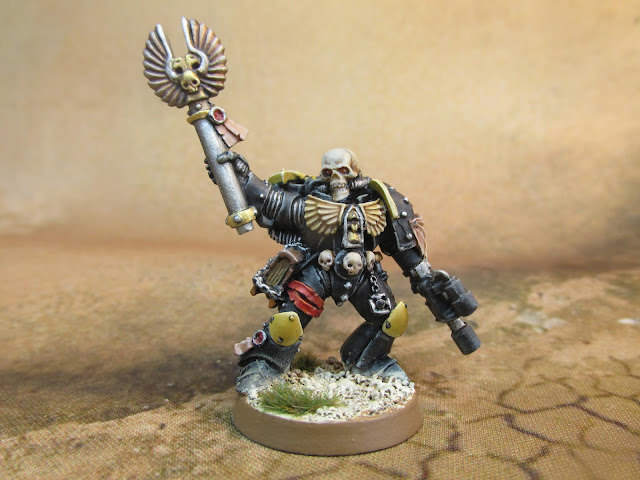 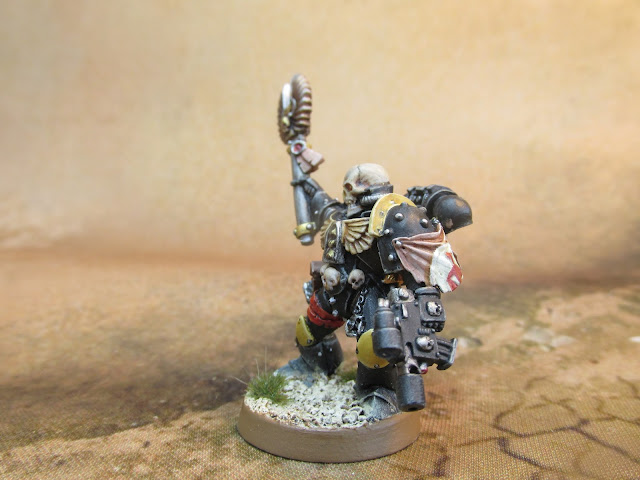 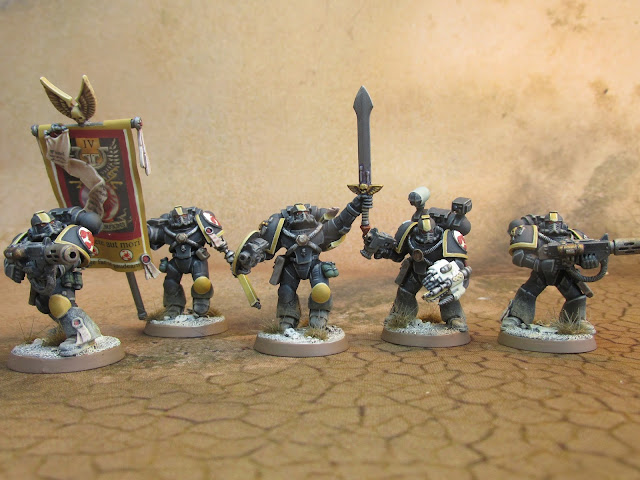 That's it for company command. Next time the companies primary strength, it's tactical, assault and devastator squads.

I hope you appreciate what I've shown so far, I've enjoyed writing it.