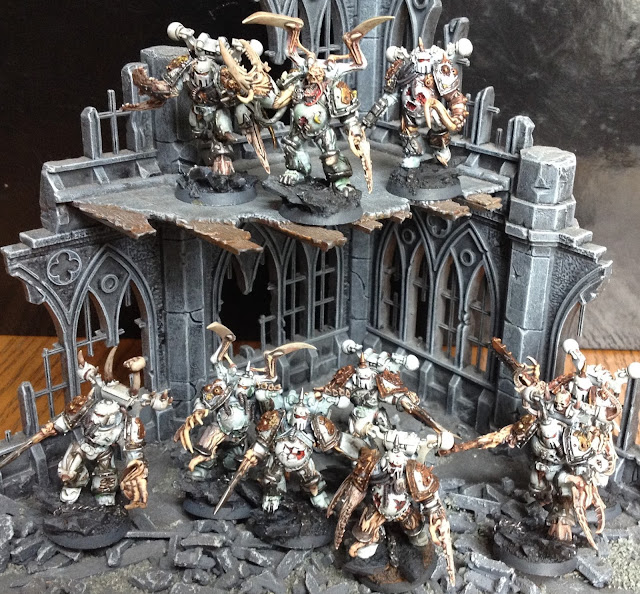 Gentle creatures, children, pretties... let papa Nurgle show you how man and daemon can live together in harmony.

The final scene approaches and Tosis must leave behind tracked vehicles bikes and such to prowl the subterranean labyrinth of bunker 12 in order to locate his scion! With the removal of these engines of destruction a void must be filled. Not just with cut and paste units, that wouldn't do to appease the gods (or make for a very interesting battle) so here are my unit of Nurgle possessed they will be making an appearance in the near future. 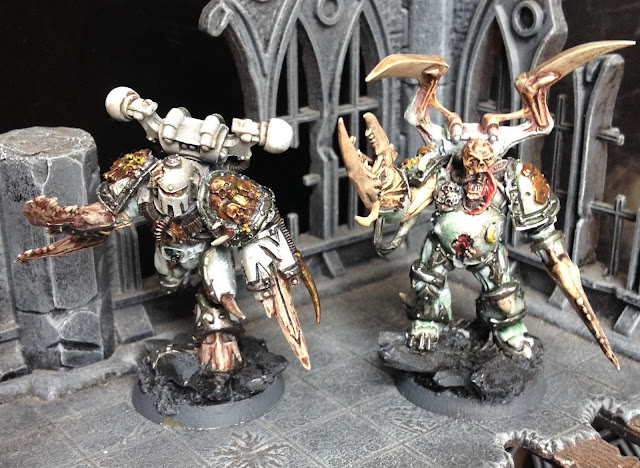 Built using the Forgeworld torsos and pads along with the plastic possessed box and mounted on Micro arts studio bases. 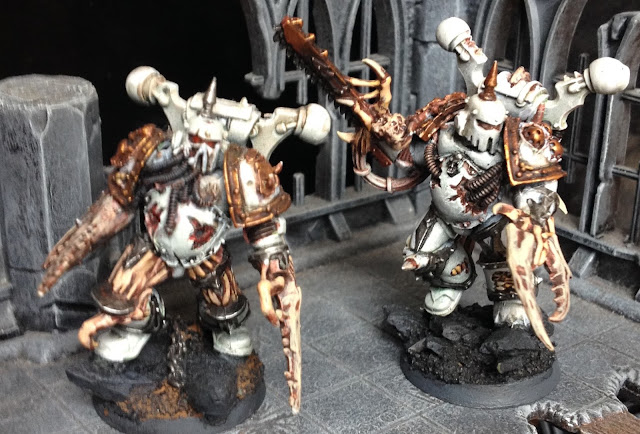 The great variety to the possessed box allows for very different looking models. 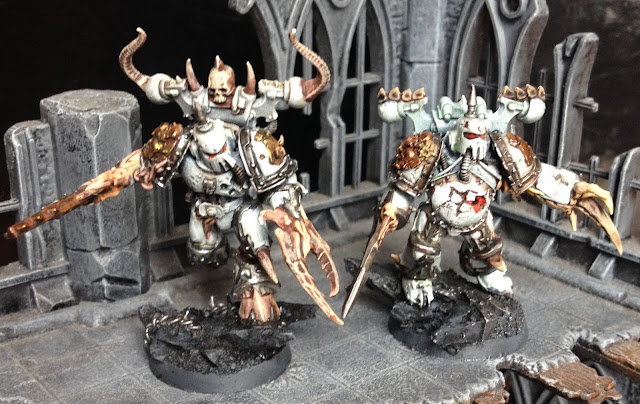 Though it can be challenging to make them appear natural. 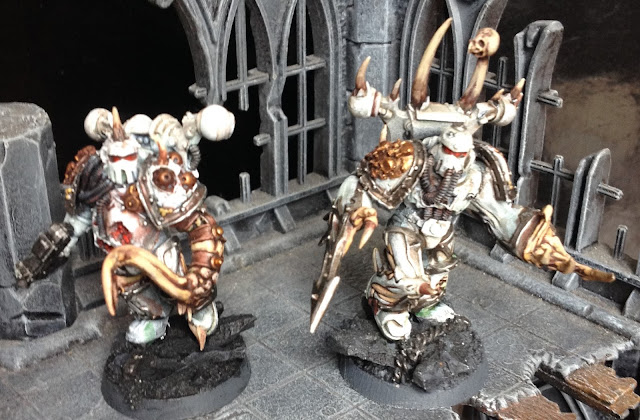 Some are more successful than others. 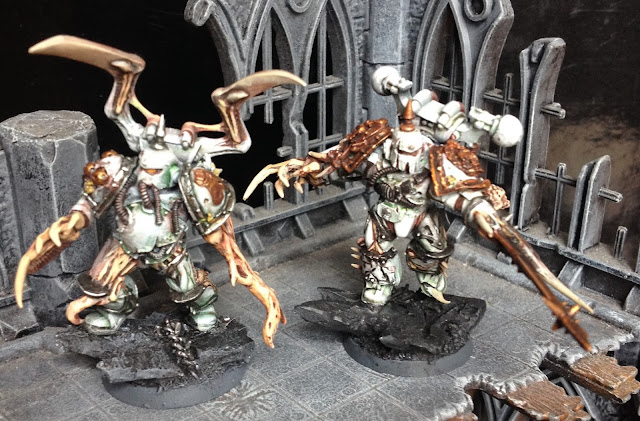 Game wise they rely on getting the right roll on the vassals of chaos table at the right time.
But if the grandfather does deign to turn his favour upon me Festus fate may not be so dark!