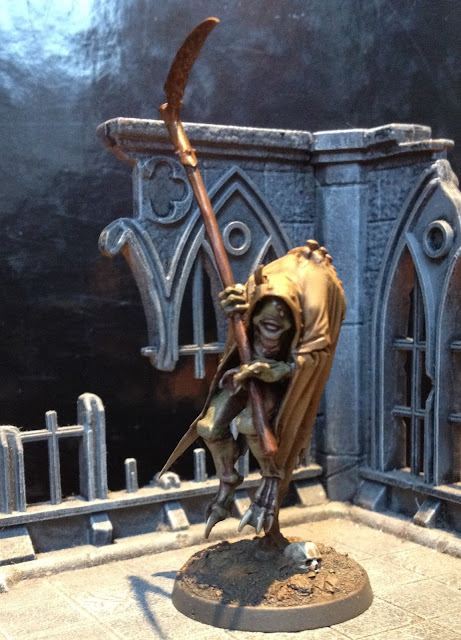 
While trawling through numerous pict screens of images looking for inspiration for conversions I noticed several models that were quite popular among modeller's. Probably because of their aesthetic value as much as their modelling potential. One of these is the warhammer wraith which I picked up with the idea of building a daemon inside the robes. A lot of the cool conversions I've seen involve floating mechanicus characters I however wanted my herald to be in mid leap scythe aloft ready to reap a tally for papa Nurgle.

I used all of the wraith except the heads the front of a zombie torso and genestealer legs along with a plague bearer head and hands. 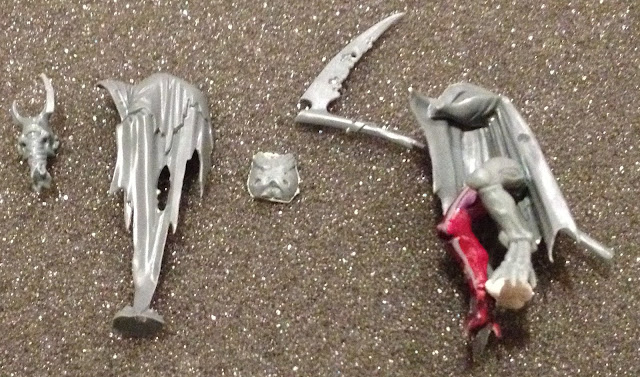 The legs were pined together to set them right and I started building into one half of the wraith. 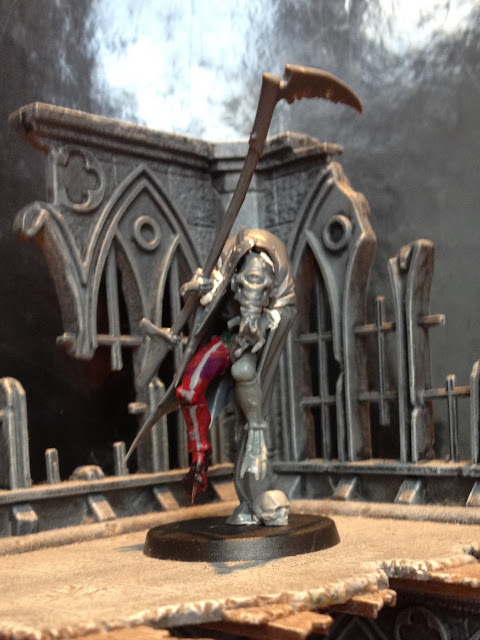 I test fit with bluetack to test out the composition. 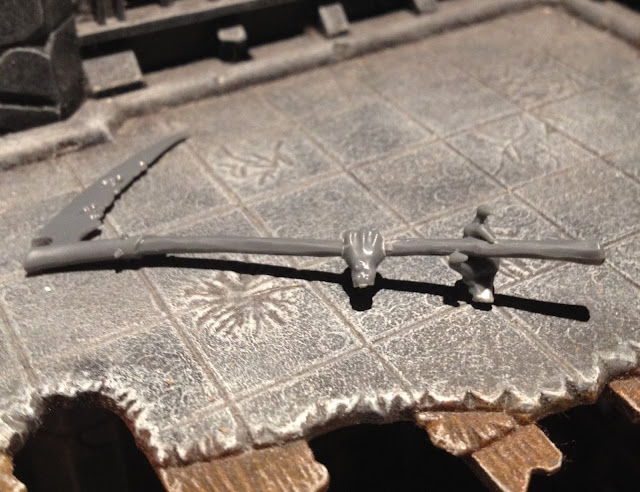 I trimmed the skeletal hands from the scyth and replaced them with those from the plague bearer. 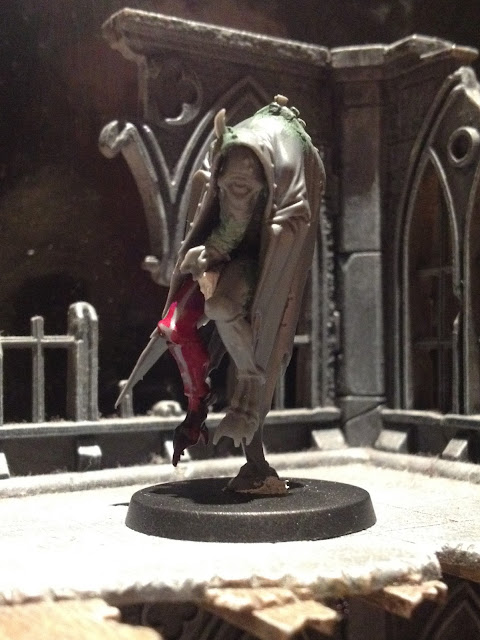 Test fitting the head I drilled a hole in the robes for a single horn to protrude. As I didn't want his trunk to get in the way I set the head deeper in the hood and (in order for the scythe to fit) extended it down and round, this also allowed me to make it follow the flow of the model. 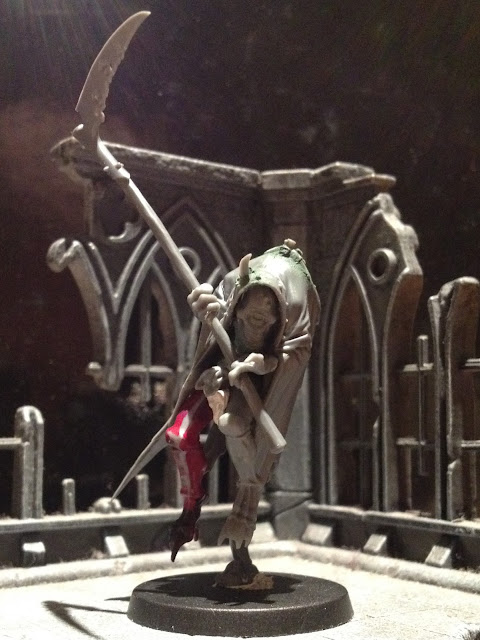 The Mrs suggested that it would be cool if his spine were prominent underneath the hump of his back and  to get this effect I sliced the spine from the back of the genestealer and blended it in using 'liquid poly' and 'liquid greenstuff'. 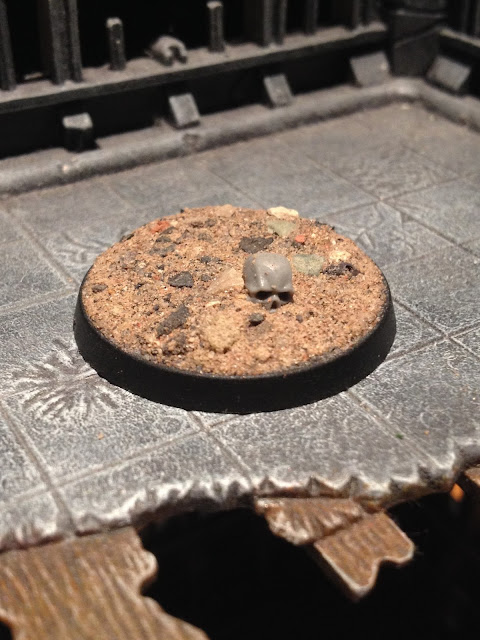 Basic polyfilla and sand for the base. 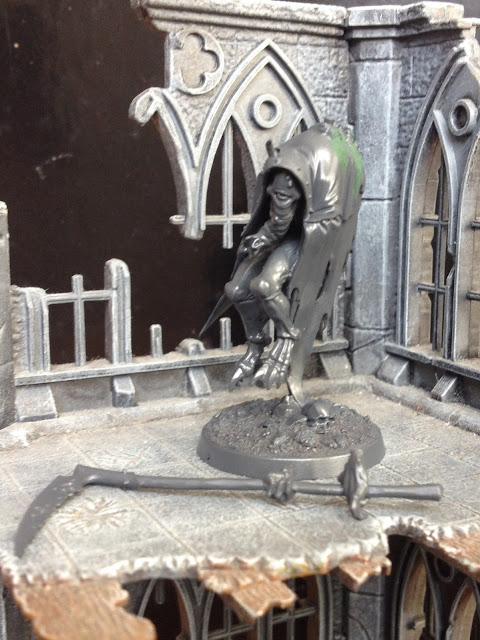 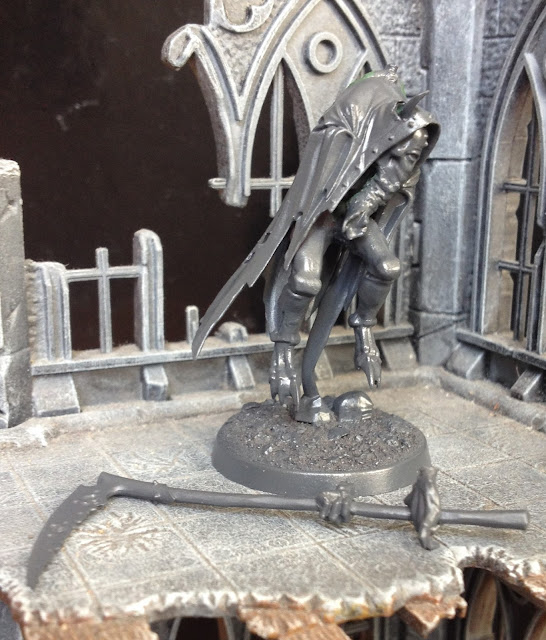 A quick spray of primer and its ready for paint. 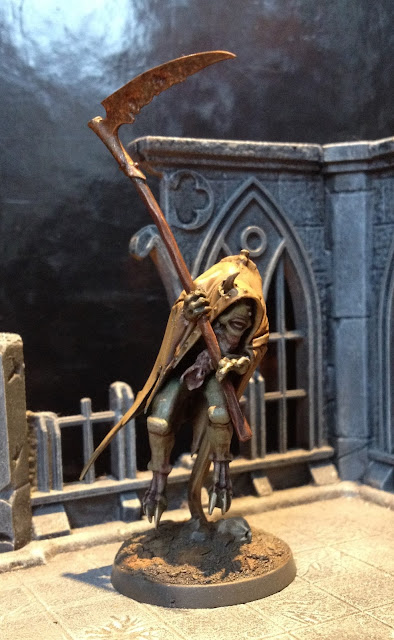 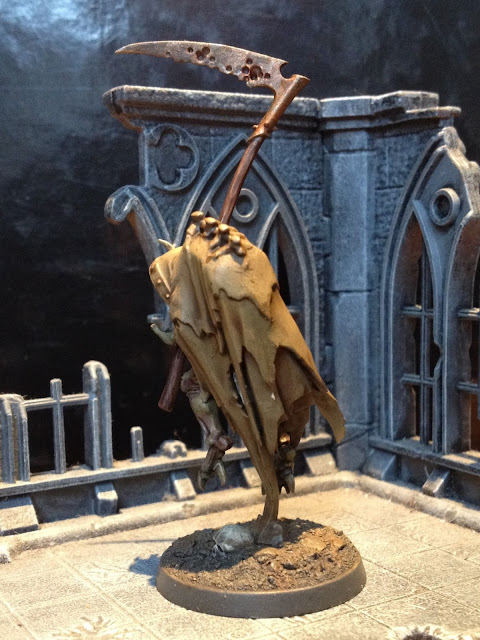 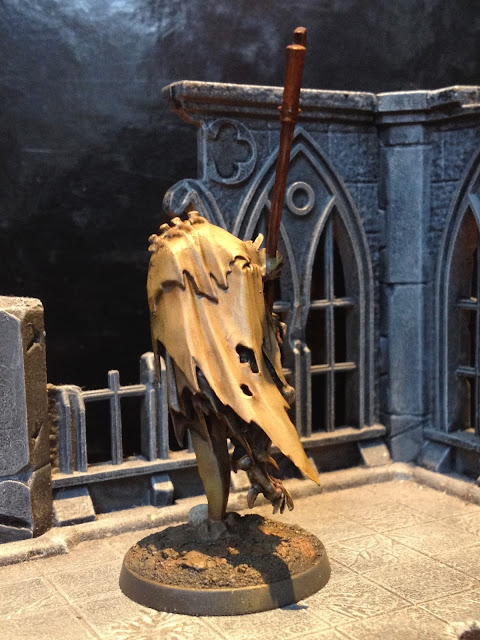 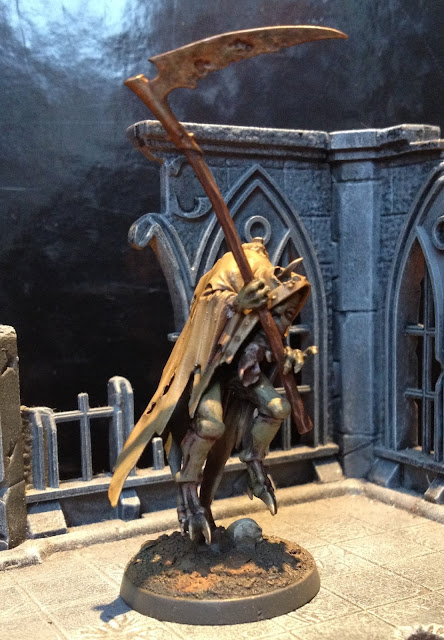 The painting I originally intended to have a contrast between the dull fabric and the bright shiny green skin like on my unit of plague bearers, but as I started to work this up I decided I didn't like how it was going and switched to a much more subtle palette of soft colours.
Posted by RobKanci at 03:07