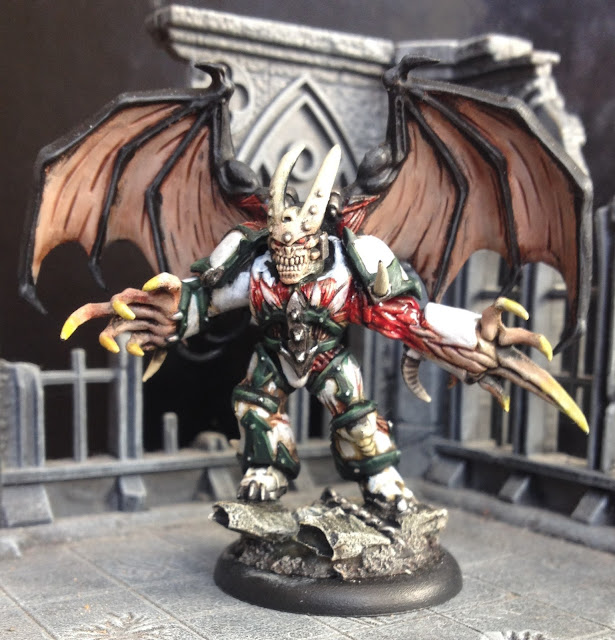 Finished painting the first model for my path to glory war-band. 'Rictus' Raptor champion of Chaos.
Nothing fancy just a standard Possessed model but its such a nice one. The wings never made it to my possessed squad (as possessed don't have wings I thought it a little odd) so here I found a good excuse to use them. I will be using this as my Raptor champion armed with a pair of lightning claws 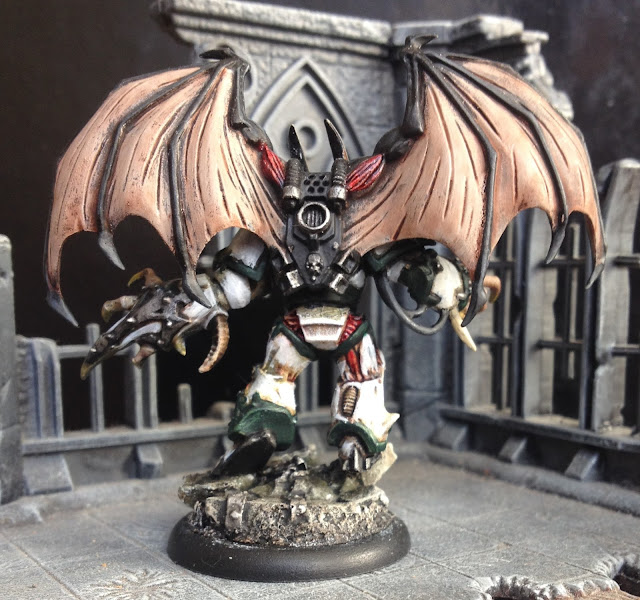 I envision the rest of the squad with jump packs (If I ever find any of them) with only Rictus gifted with the boon of Deamonic flight. I imagine the rest of the Raptors are scouring the area trying to locate the rest of the dispersed warband.
Posted by RobKanci at 04:22