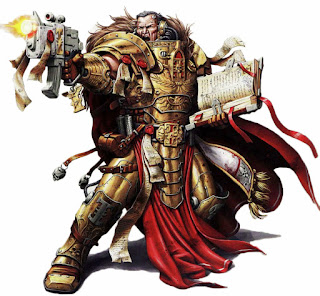 So the other day I was running over an army list with my coach and we got talking about the new Space Marines.

I asked him a question about Ultramarines because the general chatter seems to be that they’re the bees knees.

He had an interesting take on it which took a while to sink in.

His view was that Ultramarines will make an excellent gunline and will win plenty of games but won’t win many events and probably no large events will be won by them.

Because they do one thing, and do it well, but inevitably will come up against something which either does that one thing better than you (hello Tau!) or is a great counter to which you won’t have an answer.

This is applicable to any one trick pony army btw, not just Ultramarines. We just happened to be talking about them. It’s just as applicable to my wolf list I shared the other day which is really aggressive and hits people hard but won’t win an event because inevitably I’ll come up against another list which hits harder or is a great counter (hello Custodes and Orks respectively).

It took a while to sink in but hit home when I played Ultramarines at the weekend, in a shoot out I’m dead. But if he couldn’t bring me down I’d best him in combat and he’d have no answer when I got into his lines. Using terrain (another potential disadvantage of a one trick pony list, if the terrain isn’t favourable it can ruin you before you’ve even started) I got close quickly and the rest was history. Despite my opponent having, on paper, a much stronger list than me I was able to get the win.

It was only then with such a visual demonstration that it really sunk in what my coach was talking about.

And why I need to switch from wolves if I want to do better than 3-2 on a regular basis at events.

So we’ve worked on a codex marine list which has the tools to deal with a wide range of opponents,  missions and terrain set up.

It’s harder to play than a one trick pony list and I’m expecting to take a lot of bearings whilst I get the hang of it but ultimately I hope it will let me start to push for 4-1 at events and maybe if I can play it well enough a top 10.

That’s the aim anyway. Now the fun part of buying, building and painting (well getting someone else to paint it!) and then playing it begins.

Whilst I’m aiming to be more competitive the fluff bunny in me isn’t dead and buried because I’m still spending a lot of time choosing colour schemes and sourcing cool shoulder pads etc.