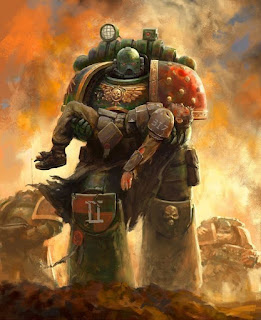 One thing that always used to bug me at events was moving tables between rounds. I’d inevitably have a bag with my codexes/iPad/car keys etc in, all the stuff that I use in game like dice bag, maelstrom cards, objective markers etc, and then my army which would inevitably be piled into a tray that was too small to do the job properly.

Factor in a room full of people moving about, some with more spacial awareness than others and the necessity to make a couple of trips for fear of dropping everything it meant I would arrive at a table flustered and with my head in a jumble from the start.

Not so great especially when using a codex which requires as much grey matter as my tiny brain could muster!

For years I’d persisted with GW carry cases because I laboured under the belief that they must be the best thing for the job if they were made by the guys who made the models.

But the last event I went to I made a change and personally it immediately killed all the stress of the inter game moving around and let me get to the table with all my stuff in one go, not worrying about dropping my army and not trying to juggle books, dice, bags etc. 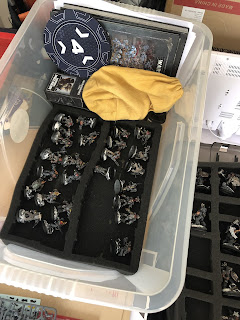 I laid the GW foam in and it kept the models perfectly safe and secure, it has space for books, dice, objective markers and whatnot, and the top doubles as a big enough tray not to have to cram my entire army on and hope nothing falls off.

It’s a simple change but made a huge difference to my stress levels between rounds.