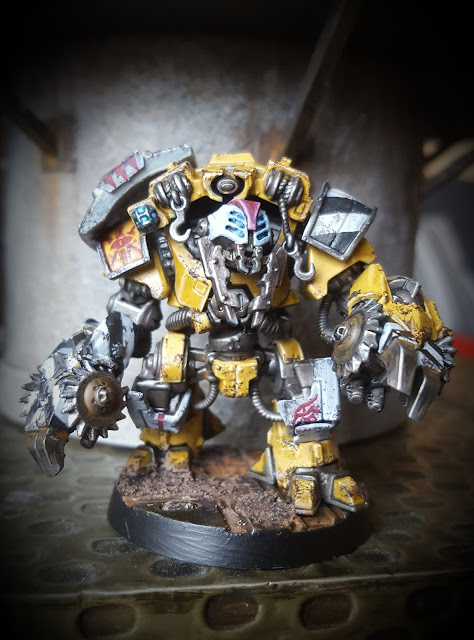 Rumours that the Voodoo Dolls have taken delivery of a Luther Pattern Excavation Automata were confirmed recently when excavation work started on the border of Stranglevine Creek and Grubbers' Heights. Locals reported seeing an Ambot at all three excavation sites along the border, the Herald has discovered that the three sites are named Tom , Dick and Harry. Just what the Voodoo Dolls are digging for remains a mystery and the gang was unavailable to comment. 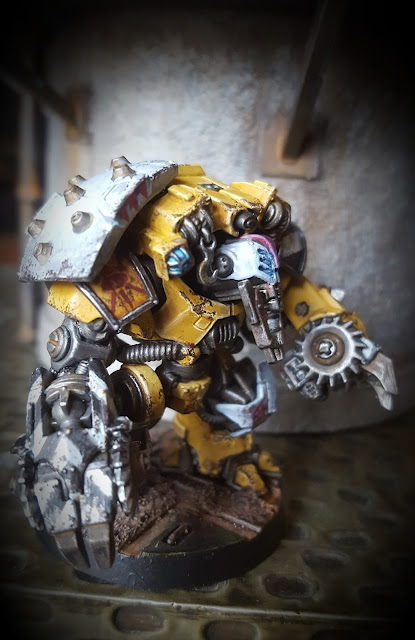 Greetings Sinners!
I finally got around to painting up an Ambot for my Escher gang. As soon as I saw the model I decided that I wanted to paint it in JCB colours although I have since been told that it looks more like Bumblebee 😃 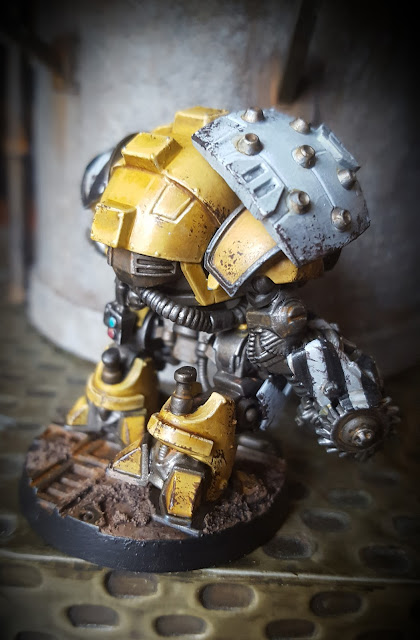 The box comes with two identical sprues and each sprue makse an Ambot. Each sprue also contains a different set of legs, so expect to see some weird walker type abomination in the future 😉 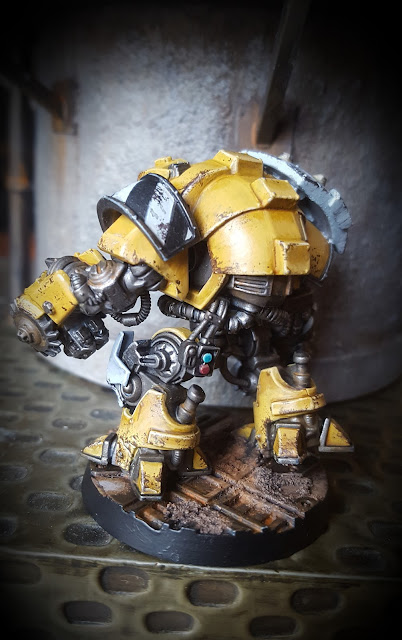 The model has a surprising amount of detail on it and some nice flat surfaces to add gang tags. I've added some tags but purposely left some spaces 'bare' so that I can add kill markings or accolades for future endeavours! 👿 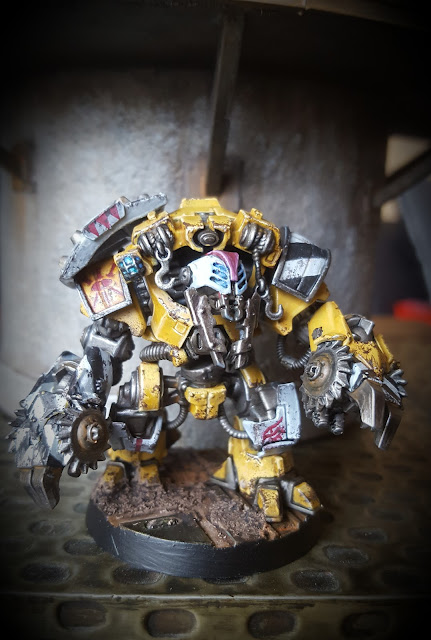 The Ambot is one of the largest models in Necromunda (at the moment) but it's still pretty small compared to what 40k can bring to the table. Of course size isn't everything and I'm sure the Voodoo Dolls will make good use of it in the near future.... 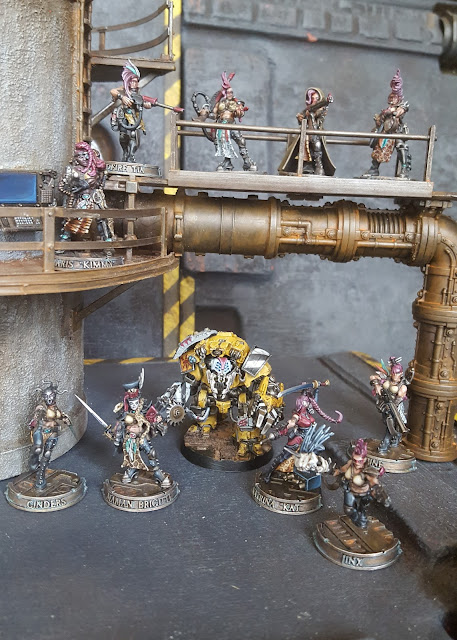