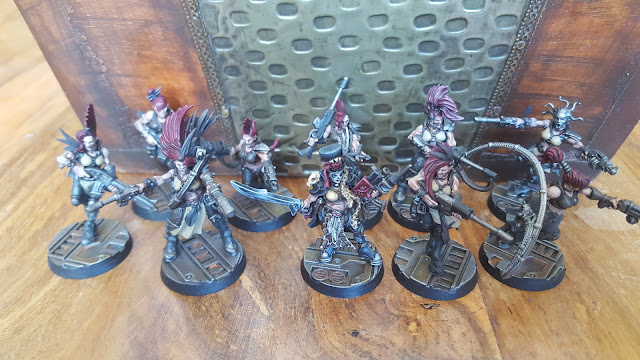 Yes, Rob is back!
He has already begun work on his Goliaths and Matty Hara managed to capture a pict-still of the WIP Goliaths. 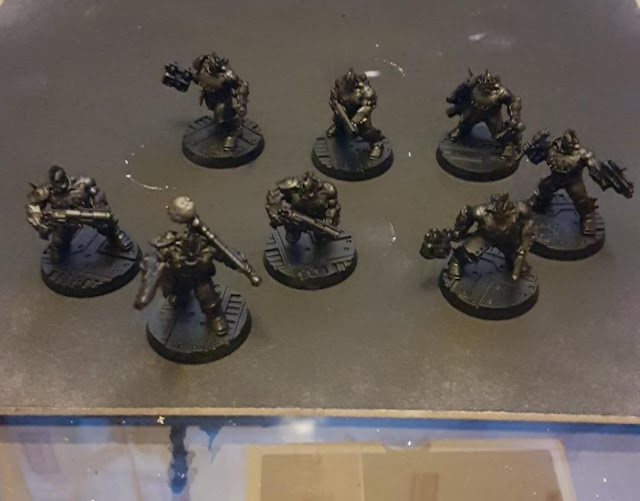 Our sneaky Delaque informant has discovered evidence of a Genestealer Cult as well but security proved too tight to reveal any early picts of them. Rob is also working on some terrain tiles to add to our part of the Hive....

The sneaky informant that he is, Matty Hari managed to track down the smell of paint fumes and discovered Rob's hidden paint factory....... 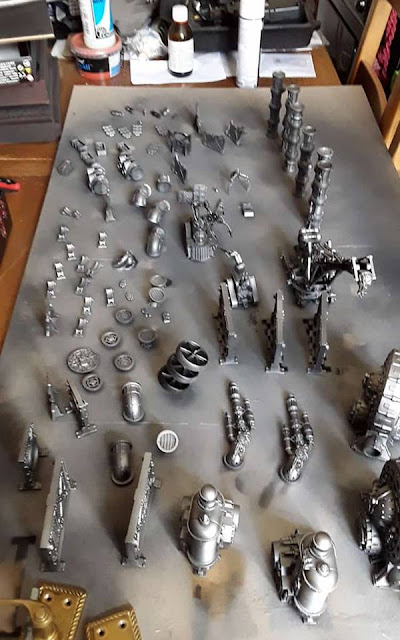 I'm glad it isn't just me that has several projects on the go at the same time! Speaking of which; I got myself a Zone Mortalis tile.
Unfortunately, the tile is wonkier than an eccentric chocolate factory owner and no matter how hard I try (submerged in a bath of hot water or gentle use of a heat gun) I can't seem to level it off. With that in mind I've decided to dip my toe into casting to see if I can level it off better. Obviously, this is for personal use only, so as far as I'm aware, I'm not breaking the law ;-)
I started by building a frame around the tile from some pallet wood lying around at work. After that I added clay between the tile and the frame to reduce the depth of the tile to around 5mm-6mm and to even out the wonkyness of it. This is what I ended up with..... 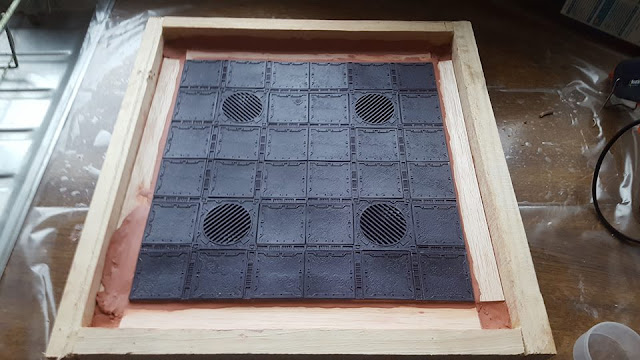 After a couple of hours knocking it together, I added some silicon to it and prayed to Slaanesh that it would work. The result was this...... 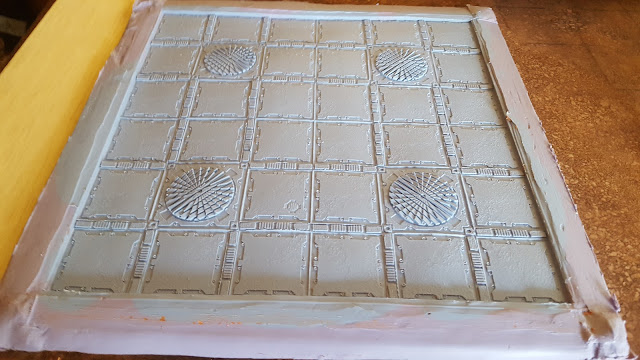 I haven't used this yet (hopefully the resin will arrive tomorrow) but from my inexperienced eye, it looks pretty good. The 5mm thickness shouldn't be a problem as I plan to glue them to my MDF terrain tiles. I'll let you all know how it goes in a future post.

As if all this activity wasn't enough, word has reached us (he's a right little snitch is Matty Hari when you ply him with enough Wildsnake) that word of Rob's awakening has reached the ears of Lord Helmawr. The Lord Commander is assembling his Hounds to root out the heretic Rob and bring the Voodoo Dolls to heel.

Paul Scott has also succumbed to the 'Munda Madness and is busy putting together his Helmawr's Hounds. Matty Hari managed to capture some early WIP pict-stills. 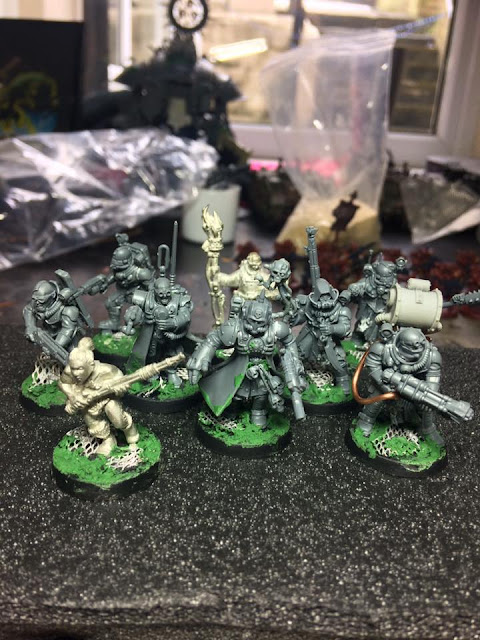 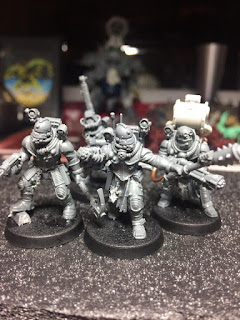 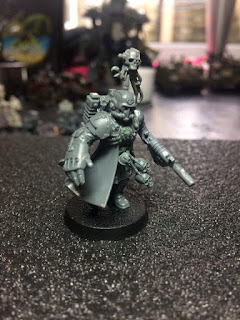 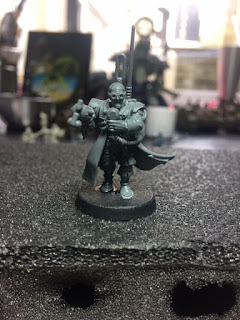 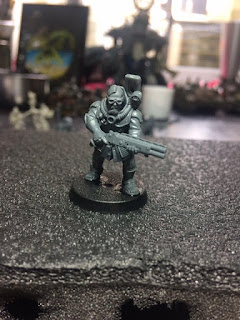 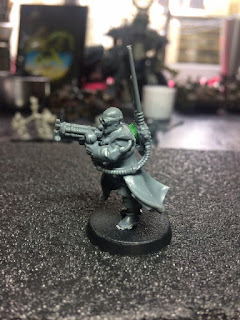 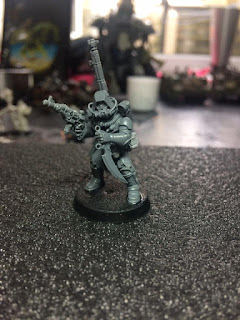 "Did you Spook addled sump scum think the Hounds would go 'Under' without the blessings of the local Proctor or a House affiliated Guilds watcher?" 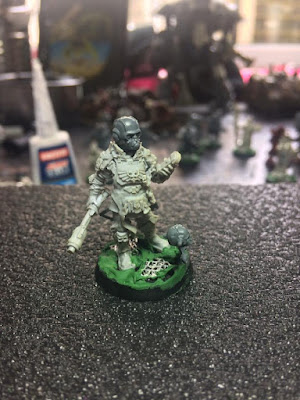 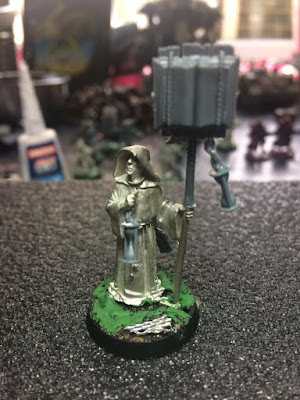 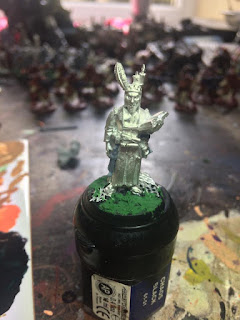 "When prepping a venture to the 'big Under' everything has to be logged and accounted for. It's all well and good putting underling scum down; after all, life is cheap.....but bullets, bullets cost creds!
And that's never cheap."
The Accountant - Helmawr's Hounds

Maman Brigitte has already given orders to the Voodoo Dolls to not to get too much blood and dirt on their uniforms. "We get more creds if they're still clean......We love us some Pretty Boys down in the Sump!"