Way back in the day gameswokshop printed a full game over two issues of white dwarf called confrontation. This was the fore runner to Necromunda and I am lucky enough to still have these five models. 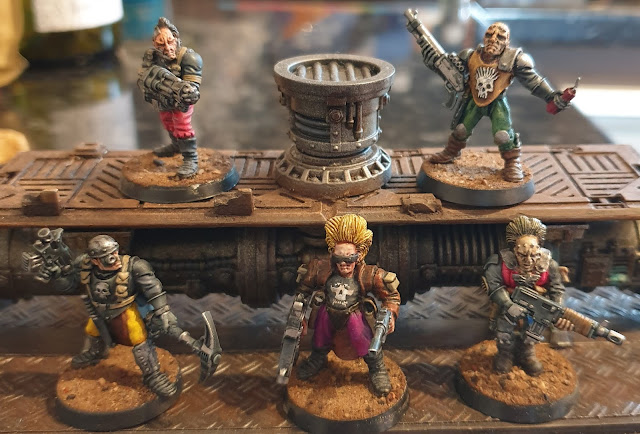 I believe the sculpts were by a guy called Bob ollie and are really full of character. 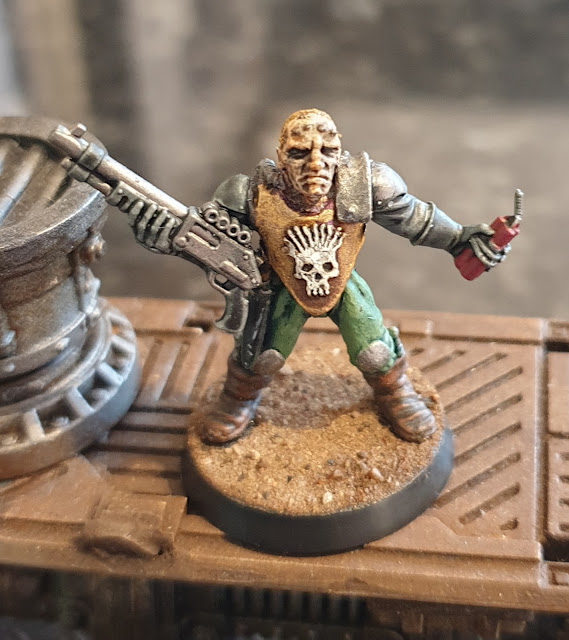 They were originally supplied with plastic imperial guard arms and weapons. 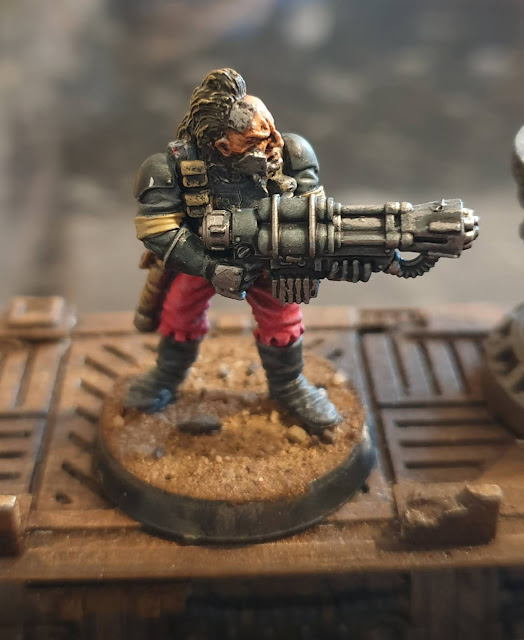 I have updated their look with spares from my genestealer cult . 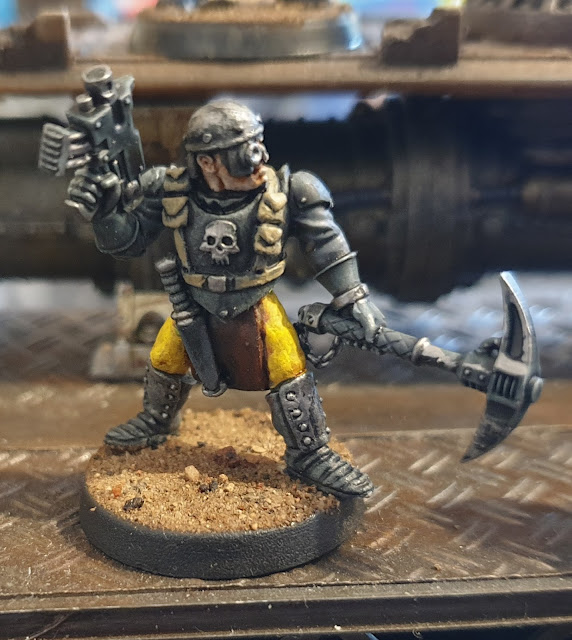 I know that somewhere in collection I have some of the original gsc sculpted buy the same guy around the same time. 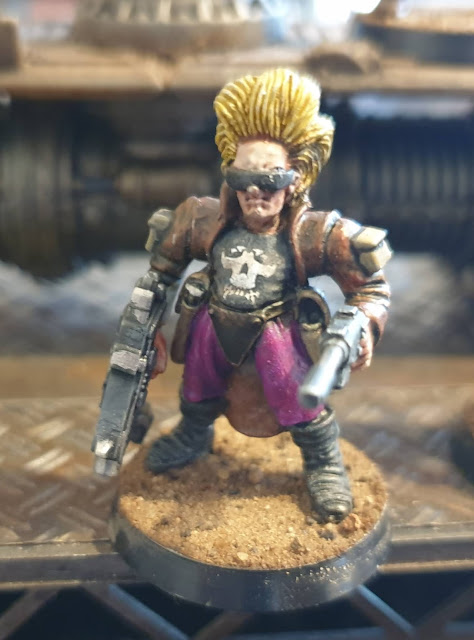 This guy has the original old guard arms. 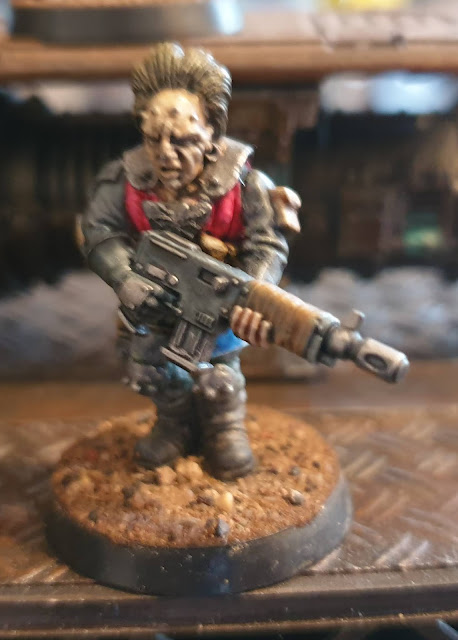 I decided to give this one a retro flak jacket in bright red just like the poor lamented squats used to wear. 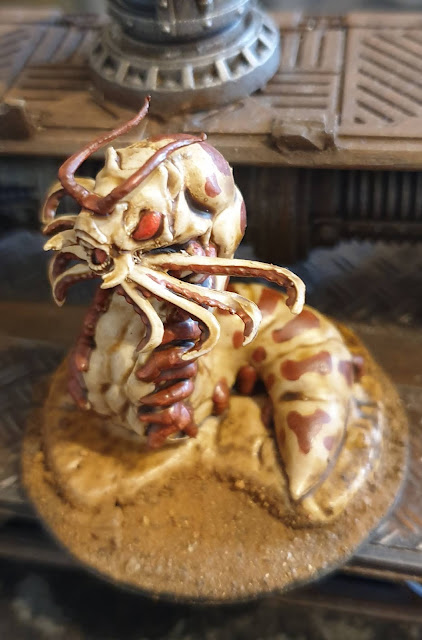 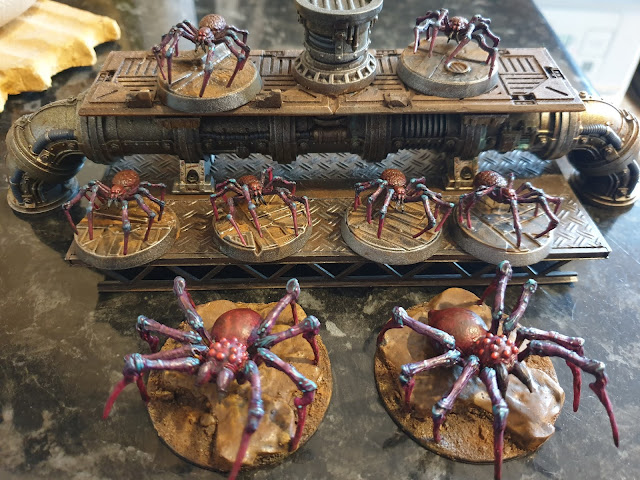 And always in every dark dank corner waiting for prey the necromundan giant wolf spiders.
Some of the larger ones are more proactive hunters.