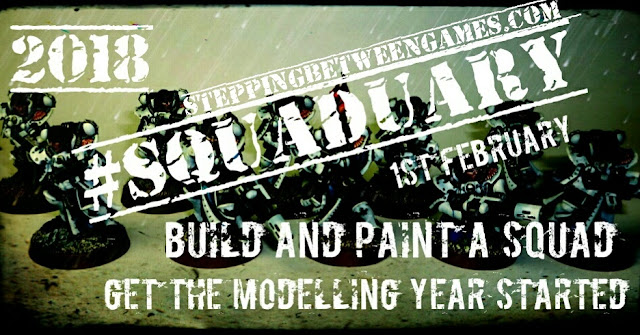 My grand plan to focus exclusively on my terrain tiles lasted all of three days....oops!
It isn't my fault...no really it isn't! You can blame it firmly on Rory at Stepping Between Games . I was casually browsing through my Blog list and stumbled across this article .....Okay, maybe I did say I was going to cut back on my Blog reading but hey, the servants of the Dark Prince have always been a capricious lot ;-) .
The idea is straightforward enough, build and paint a squad in February. Of course, it's never that straight forward: Which army? Which squad? Which system?


For a while I thought about painting up a Kill Team for Shadow Wars. It's the perfect system for this sort of project, but then White Dwarf dropped through my letterbox on Monday and I saw the new Orlock gang that is soon to be released and my thoughts turned in a different direction.
There's a good chance that I'll get every gang that GW release for this game, I love the smaller scale and intimate nature of the game and the alternative activation of models is a thing of beauty (oh, how I wish 40k used such a system....bye bye Alpha Strike and hello tactics!).
With all this in mind, I thought it was time I got a wiggle on and built one of the gangs that I already have before I buy another gang.
Once I had decided on a system, it was pretty straight forward to decide which gang I would build and paint (I only had two to choose from!). House Escher was the gang I played many many moons ago and I'm itching to resurrect my old gang the Voodoo Dolls. 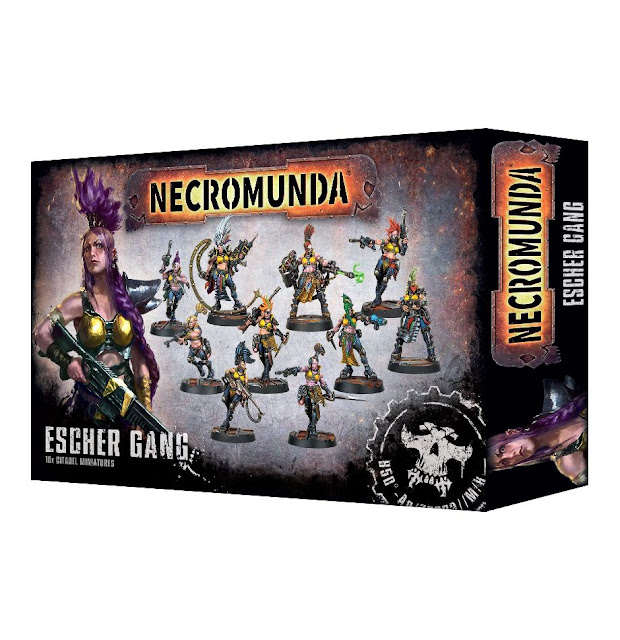 So for the next month I'll be focusing on my Escher gang. Hopefully I'll get them built over the weekend and I can show you the progress I've made.....until then......here's a sneak preview of the 3 models built so far....