Quite a while ago, Rob brought round a box of 'Old Skool' Necromunda bulkheads with hopes that I'd come up with a way to use them....turns out he had 54 of the buggers! After scratching my head for a while, The box was stuffed away in my bits room (yes it really has grown from a bits box to a bits room) to gather dust.

During Lockdown I was thinking of a way to add more variety to our corner of the Underhive and the idea of platforms or risers to vary the ground level popped into my head. I searched online for something suitable to use and, being the useless git that I am when using a computer, found nothing. The idea seemed dead before it had even started! Fortunately, I'm a lot better at finding things in my bits room than I am online. Bulkheads! They would make the ideal risers to vary the height..... 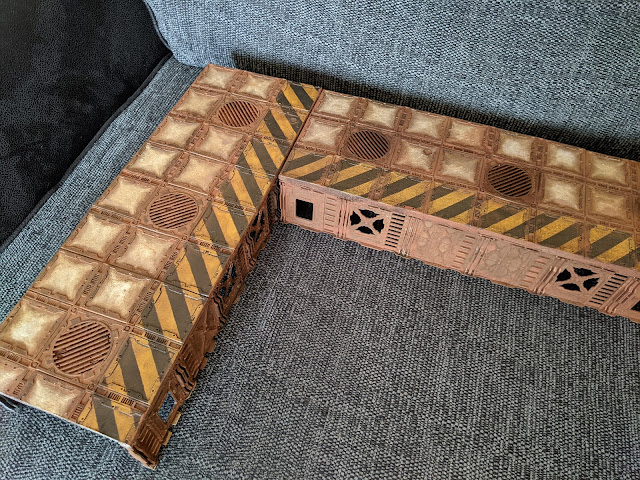 I decided to build them 6" wide or half a Forge World tile to be precise (a Forge world tile isn't exactly 12"). The length of the tile was dictated by the old Necromunda bulkheads. As luck would have it, 17 bulkheads work out at 4 feet. Obviously a 4 foot riser is impractical and it would reduce their versatility somewhat, so I built four of them 6 bulkheads long and two 5 bulkheads in length. 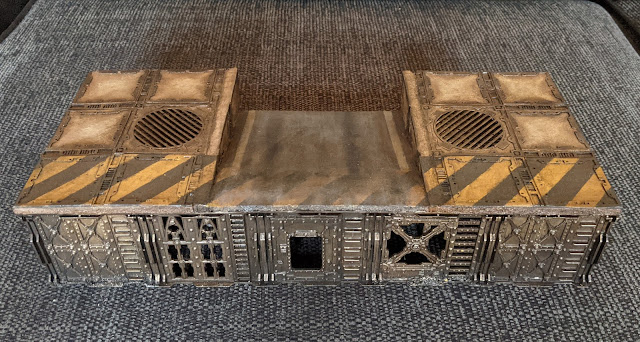 These presented a problem though. I envisioned these as middle risers. They would go between two of the 6 long risers. The problem was the Forge World tiles on top didn't line up. To get around this I added a road that would allow them to line up properly.

I had also run out of bulkheads at this point so after rummaging around my bits room I found some old Mantic bulkheads to make up the shortfall. This gave me an option to add something else which I'll show you at the end. 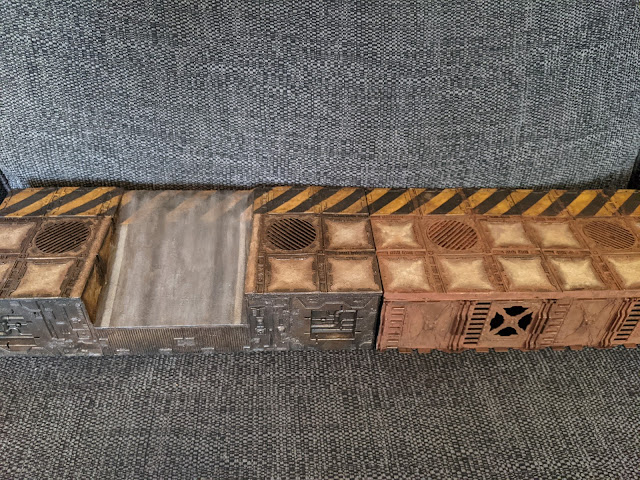 Adding two risers together creates an ideal platform if we want to build up the Underhive even further. They can sit directly on the tiles we already have....

.......or be placed alongside to create a smaller rise. 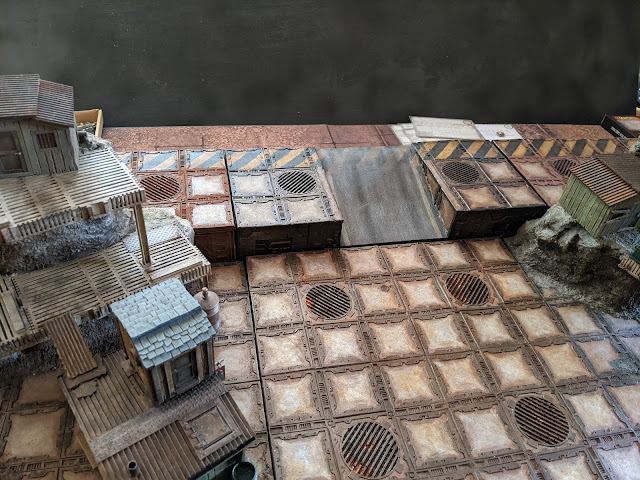 You're probably wondering why I made so many? Well here's why. 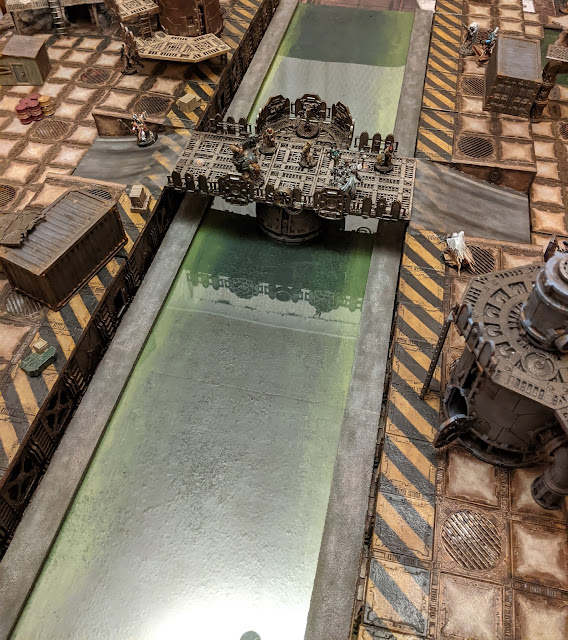 We now have enough to play the Necromunda mission Toll Crossing. We gave it try and Rob's Cawdor managed to see off the Marionettes attempt to claim it for themselves. 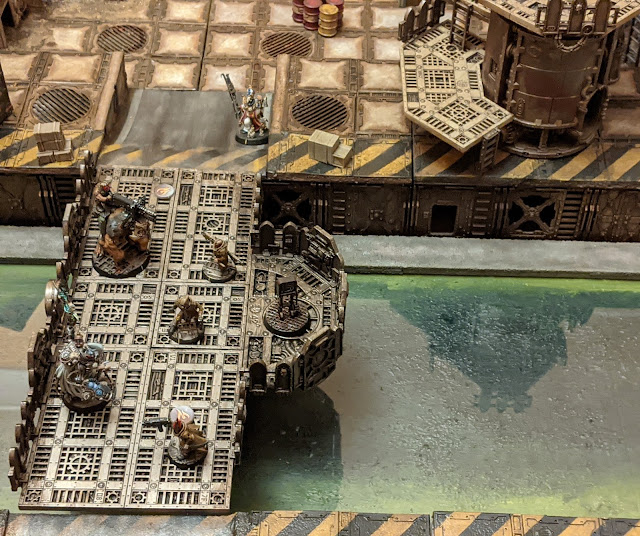 I was thinking this would be the last terrain post for a while but Rob has gone and bought the Gang Stronghold kit along with pack of the Necromunda Tiles. He's also managed to talk me into the Dark Uprising box set as well so expect to see some tunnel terrain coming at some point....bugger!
That's all in the future though, for the time being I want to focus on my gangs, so expect to see something soon 😉
Until next time....May the Hive Spirits watch over you! 😉