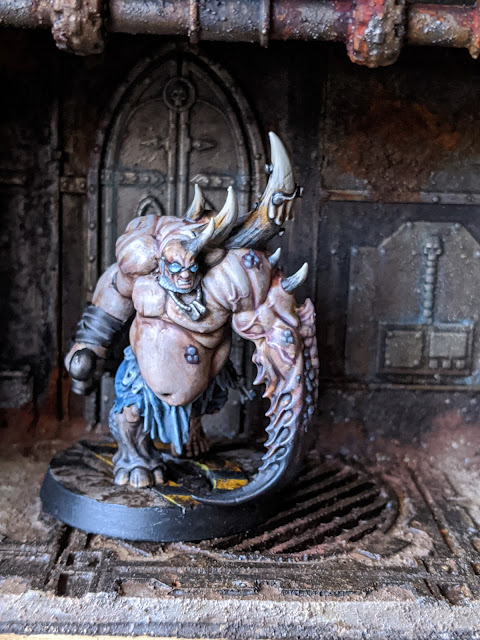 The constantly recycled air, water and food have an inevitable effect on the inhabitants of Necromunda. Pollutants and toxins build up in the bio-system causing genetic instability and mutation, and the effects of these are worse further down the Hive where the toxins are more concentrated. Because mutation is so common, minor deformities are tolerated to a degree, even Uphive.
Underhivers are more tolerant of mutants than other Necromundans. So long as mutants keep a low profile and are not obviously or grossly deformed, they can live peaceably even inside a large settlement, and for those too mutated to live in a big settlement, the lawless expanse of the hive bottom  provides ample opportunity to hide.
Deviants, Muties and Scalies are just some of the many names for the mutant, and such names are often spoken aloud by the inhabitants of Rockridge. However, there is one name that is only whispered for fear of invoking their wrath....the Coarsemen! 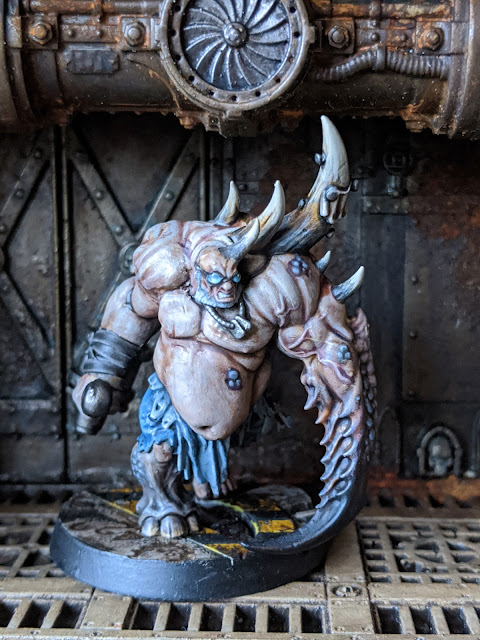 Greetings Hivers!
With the Black Legacy nearing it's conclusion, we are already looking to our next adventure.
Without giving too much away, the Black Legacy will leave Rockridge in a somewhat precarious position, one that will see various ne'er do wells try to take advantage of.
And what better than a good ol' Mutie incursion!
I bought the Rogue Trader Kill Team box when it was released but unfortunately I quickly discovered that the game didn't have the most intuitive of rules (especially when compared to 'Munda). Fortunately the models are incredibly evocative and are a perfect fit for Necromunda, so much so that we've already used the gribblies as Underhive Critters.
The big ol' nasties in Rogue Trader are the Gellarpox and I thought with a little bit of work they'd be perfect for Necromunda mutants. 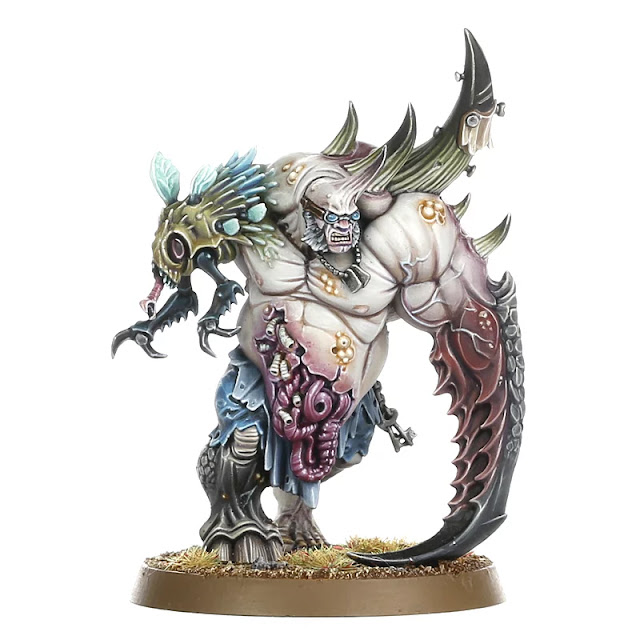 The Gellarpox are decidedly Nurgle  looking so I needed to de-chaosify them a bit to give the feel of mutant rather than chaos tainted. The fly and the intestines spilling out of the original model had to go and I replaced them with a an Ork Warlord arm holding a scratch built grenade launcher and a beer belly. To steer the model away from Nurgle even further I decided to paint him with a warm, ruddy skin tone and avoid any green. 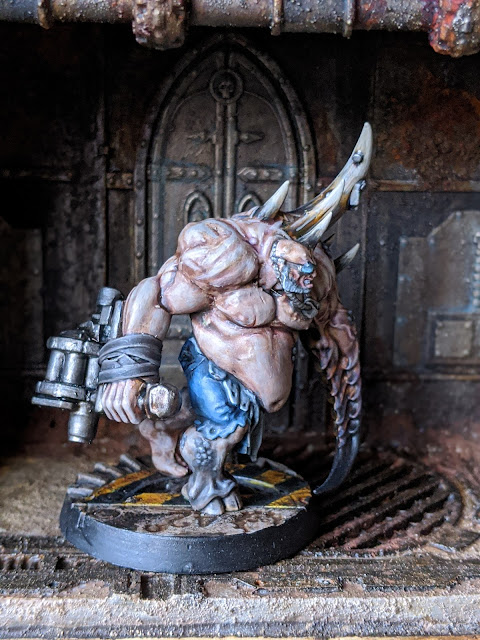 I also took the opportunity to experiment with GW's Contrast paints and I have to say I'm pretty impressed with them overall. I spent more time scratch building the grenade launcher than I did painting this model and with a few added highlights and some additional washes I think he turned out okay for 5 hours work. He's certainly good enough for a one off bad guy and I'm hopeful of getting through some of my backlog with these paints. 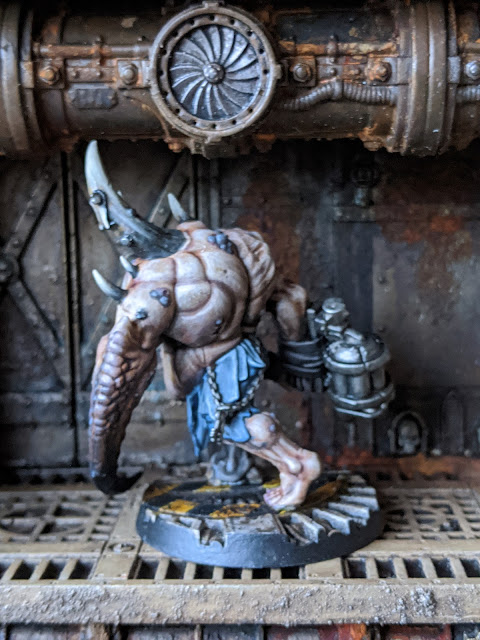 Until next time....may the hive spirits watch over you ;-)