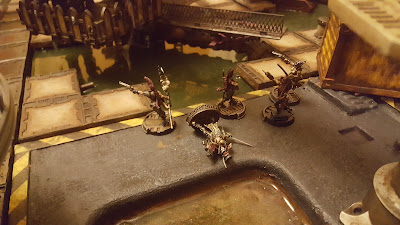 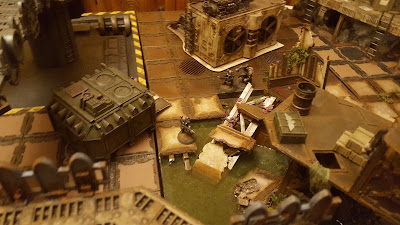 Known for their charitable work in offering shelter to mutants, one of the Kindred's Aberrants and the Dolls' juve, Cinders, came to blows. The young juve proved too agile for monstrous hulk however and quickly dodged its clumsy blows before taking it out with her Stiletto knife. 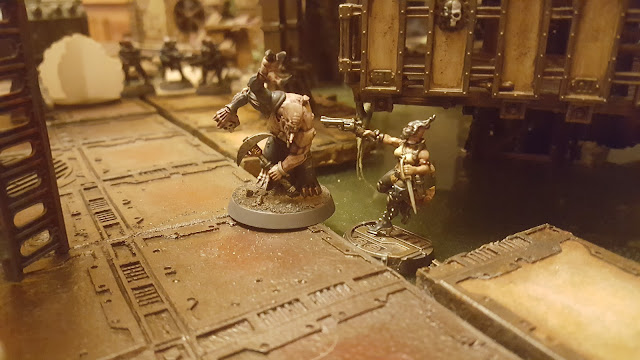 Witnesses state the last of the miners were driven off by a clutch of Hive Mites. Whether they were drawn by the blood, their nest was disturbed, or they were attracted by some other means, none can say*. The Voodoo Dolls have taken control of Tumbledown Rise and have released a statement stressing that the smelting works will be used responsibly. 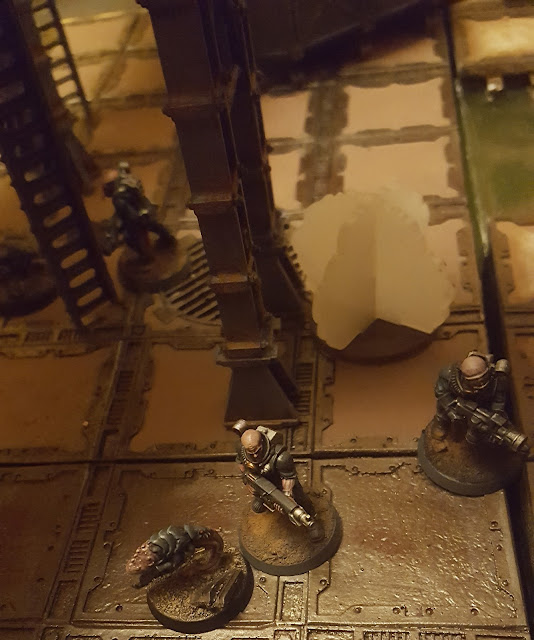 *The voodoo Dolls have strenuously denied reports that Sumpsnake Sully was seen scattering bones and calling upon the Hive Spirits to aid them and that rumours of her possessing wyrd powers are nothing but malicious rumours spread by idle gossip. 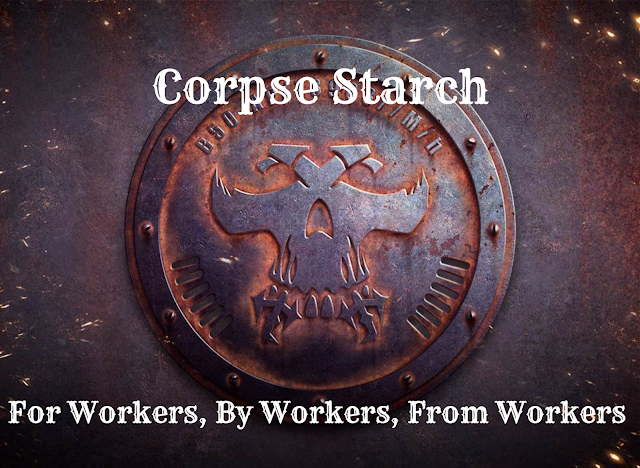 The Marionettes pull strings in Whispering Crags.
Violence erupted in the normally peaceful district of Whispering Crags. The Clean-up Crew of House Goliath tried to muscle in on a recently discovered Stinger Mould Sprawl. Witnesses report that the Goliaths suffered horrendous losses to the hauntingly attired Marionettes. 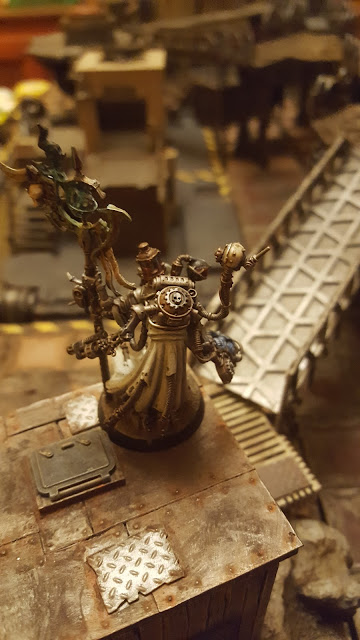 Despite the Goliaths successfully Out-Flanking them, the Mechanicus fire power proved too efficient for the Clean-up Crew to handle. 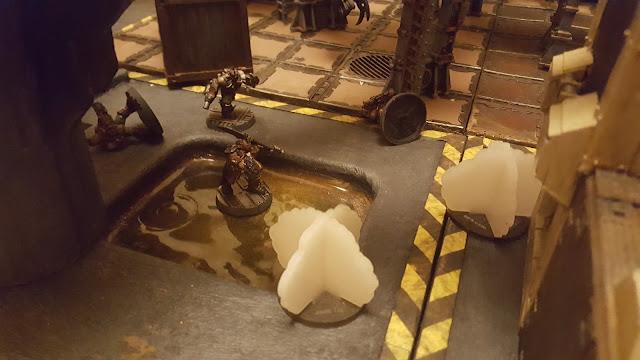 A ganger and juve died during the dispute and the Clean-up Crew's champion, Dexter hasn't been seen since the Goliath's ill-fated attempt to take over the district. 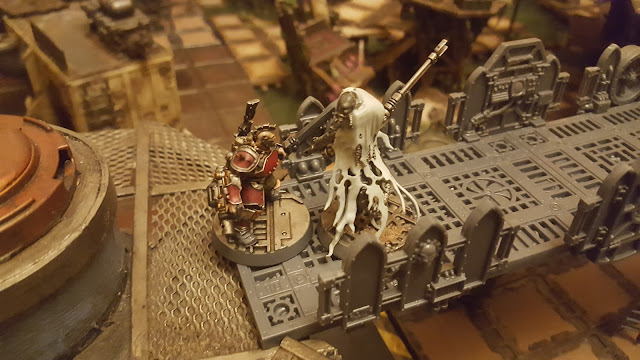 Kaius Torq, leader of the Marionettes issued a statement declaring that the district of Whispering Crags has been made safe for residents and welcomes with open arms those seeking employment as fungus pickers.
The Clean-up Crew were unavailable for comment at the time of going to press. 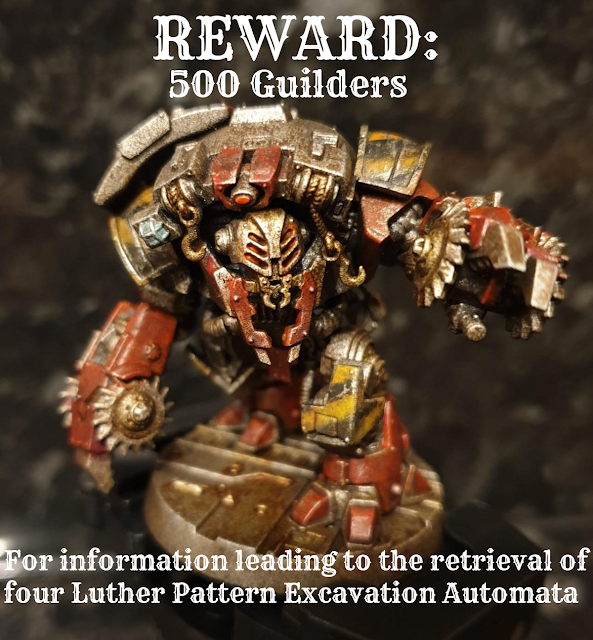 Sudden slowdown in exploration of Rockridge.
Excavation of the recently rediscovered districts within Rockridge took a turn for the worse as four 'Ambots' were stolen last cycle. A spokesperson for the Explorators explained that the loss of the Luther Pattern Excavation Automata would considerably hamper excavation and that the culprits were denying everyone the chance to share in the good fortune that such work brings to Rockridge.
A spokesperson for the Guilders announced a substantial reward and added "We'll cut their bleedin' hands off if we catch the thieving gits!"

Obituaries
R.I.P. Zenith - Gunned down for no reason while taking the air at Whispering Crags. Survived by a his brother Apex.
R.I.P. Grimey - Taken in the prime of his life. "He was a reckless fool, but his Ma said he was a lovely lad. Fortunately the Clean-up Crew has plenty of wannabe Grimeys, so we won't miss him."

Explorator Survey
Despite the recent slowdown in excavation work, the Explorators have made steady progress in their expansion of Rockridge.
The Voodoo Dolls have already moved into Tumbledown Rise and the smelting works has brought much wealth to the district.
The Marionettes have taken control of Whispering Crags and are appealing to all those who want to share in the opportunities that the Stinger Mould Sprawl will bring to the area to apply for work permits. 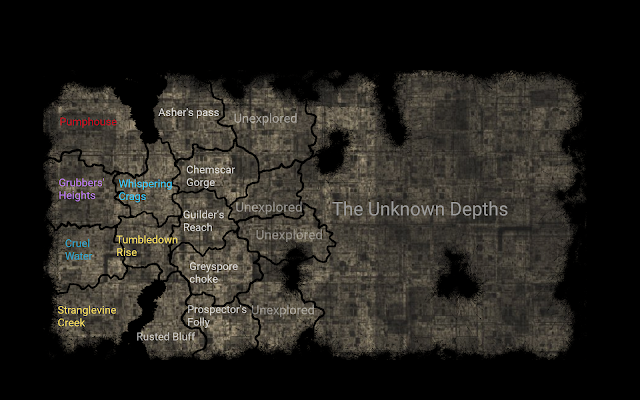