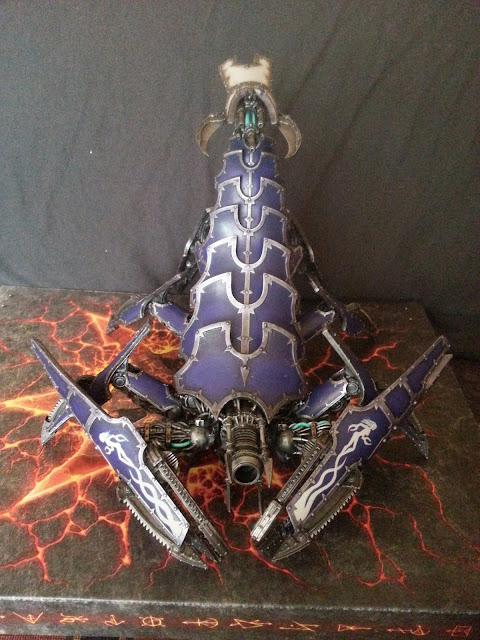 Greetings sinners! It's been a while since I posted, but as you can see I've been beavering away on my latest acquisition, a Brass Silken Scorpion. I suppose I should have taken a photo of this with a Chaos Marine stood alongside it to show the scale because this thing is bloody huge. 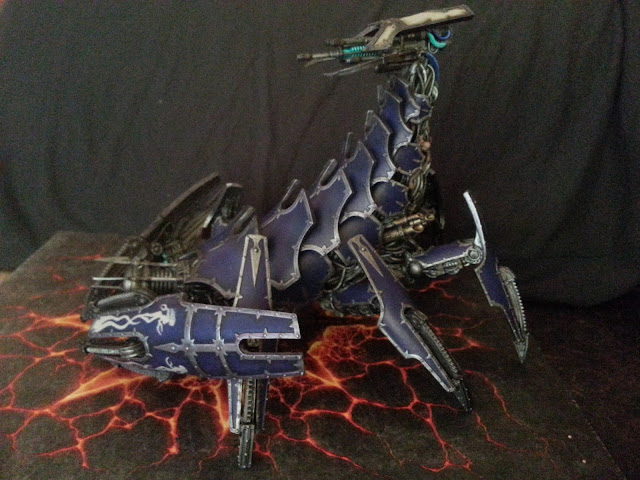 My Brother in Sin (aka Slaanesh Steve, the Forsaken of Slaanesh or Castigator's bitch) and I had decided that we would both take a Scorpion to the UKGT heat 2 in an attempt to compete at a competitive level. Unfortunately for me, the Forsaken one has reneged on our agreement and has left me with the shame of turning up with a Brass Silken Scorpion in my Castigators. That's just the sort of sneaky underhand tricksy thing I would expect from my devious brother ;-) . Instead he's managed to win a Chaos Warhound with two Turbo Lasers on Ebay and plans on taking that instead....the jumpedupdoublebentnarrowbackedgit.....Love you really brother.
Anyhoo, work has progressed reasonably quickly (for me), it's already at a basic table top standard, but I really think my Brass Silken Scorpion could do with a little more Slaaneshifying. 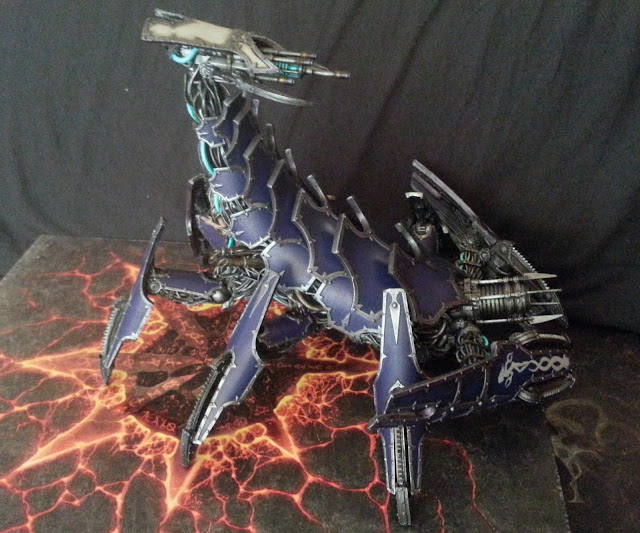 I have a few ideas on how to achieve this. I could paint the armour plates with flaming Daemonettes similar to the front claws or my Fire Raptor .
Steve and I discussed building a platform for a Herald of Slaanesh or Warpsmith to stand on directing it, so I could do something similar to what Steve was going to do before he reneged on our agreement like this..... 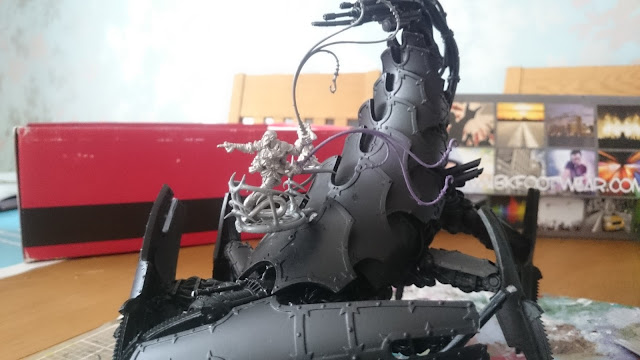 ......or I could add the daemon torso from a Slaanesh Soul Grinder I have lying around which would turn it into a giant Slaanesh Fiend.... 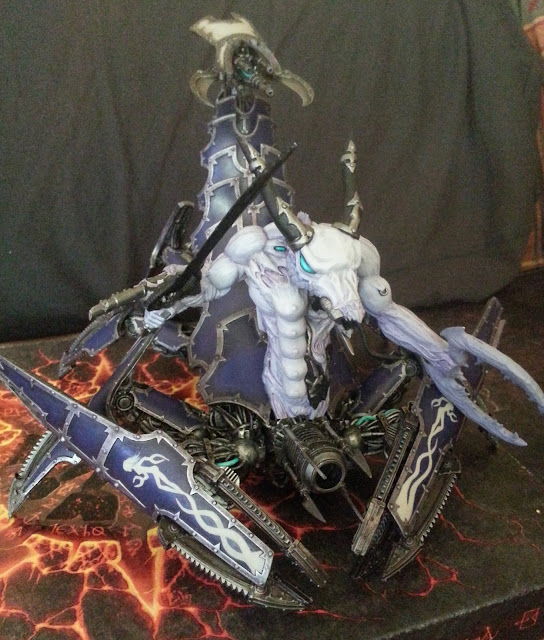 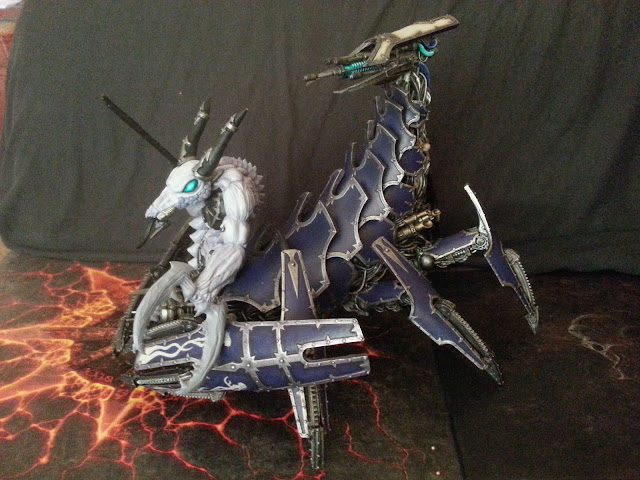 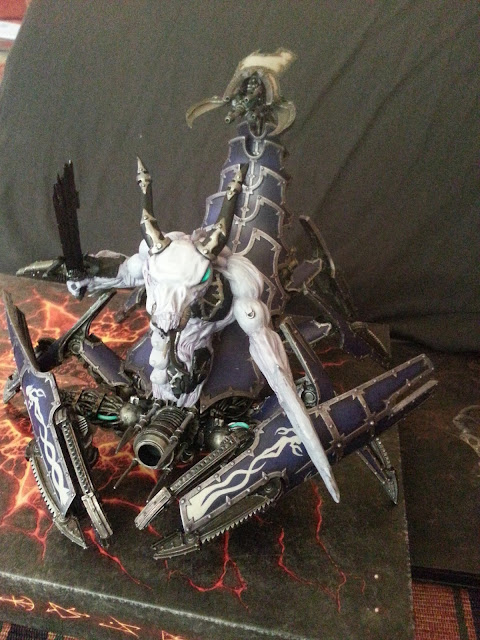 All three options have their merits and I really can't decide which way I want to go with it. I really like Fiends of Slaanesh, so the third option appeals a lot, but I'm not sure if it detracts from the model too much. The original idea that Steve and I came up with has a lot of merit and wouldn't detract from the model too much and should look cool. The first option would be a lot quicker to achieve (and I'm rapidly running out of time to get this finished) and would leave the model with a simple elegance.
So what do you think peeps, which way would you go with it?
Posted by Castigator at 09:40