The Colours of Chaos - Mayhem for the Castigators 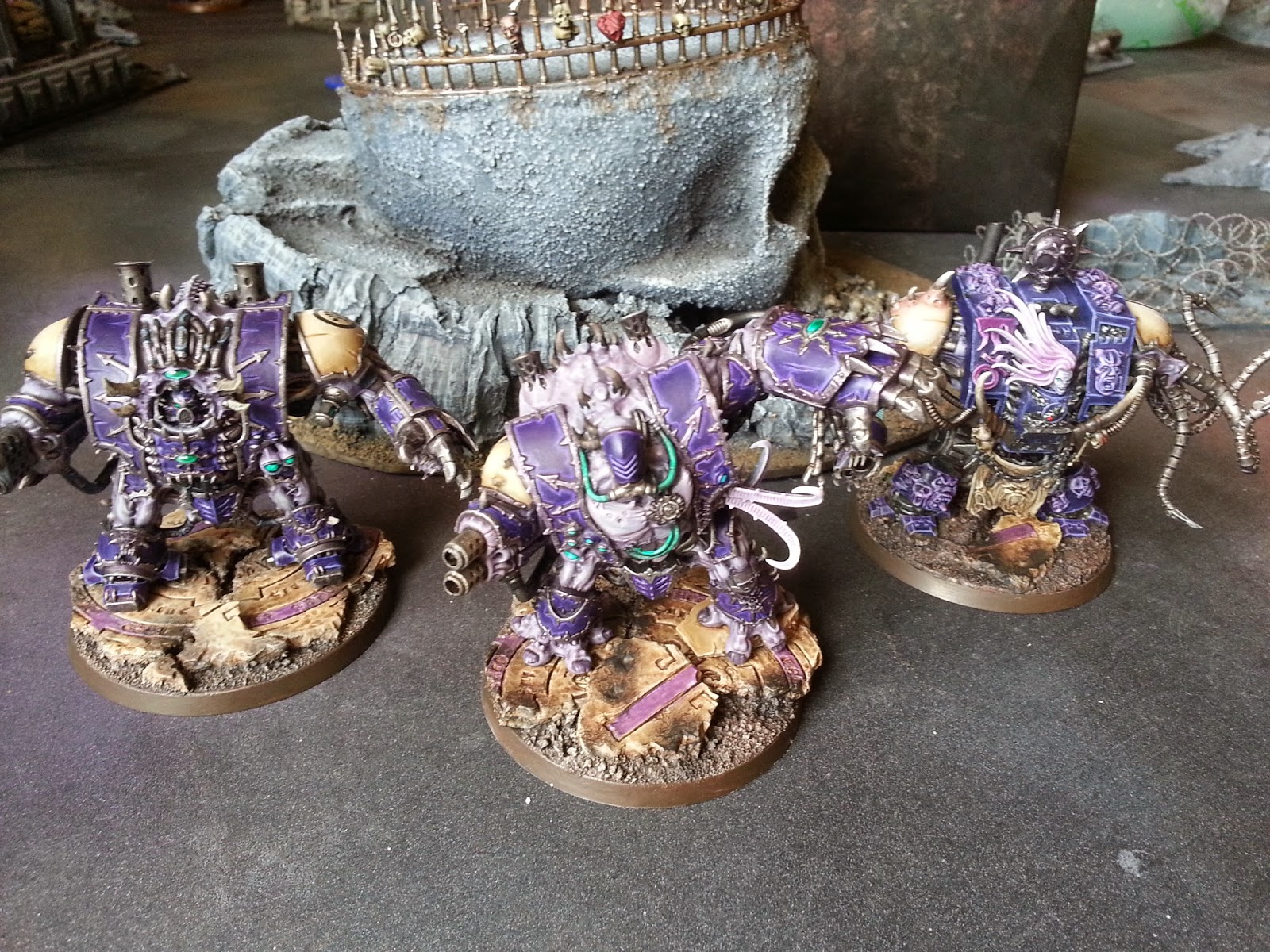 Being an acute and necessary observation of the twisted creatures of metal and flesh known by most as Helbrutes.

These were really fun to paint and I'm pretty pleased with how they've turned out. They have many battles under their belt now, wreaking havoc when they eventually turn up. And there in lies their problem, 325pts is a lot of points to leave in reserve, especially with an army that is traditionally low in model count to begin with. I'm sure some reserve manipulation such as a comms-relay would benefit them greatly, but that seems very un-chaotic to me. The solution I opted for was to increase my army size with the use of a summoning Sorceror.
Their unpredictability won't suit everybody, but they're great fun to play with and against.

Without further ado, it gives me great pleasure to introduce you to the 'Violet Marches,' Mayhem Pack of the Castigators.

Silenus had a lust for life that was legendary within the Castigators. It was said he could drink a Space Wolf under the table and that his appetite knew no bounds. Many of the Chapter’s more ‘exotic’ practices came from the twisted and imaginative mind of Silenus and it is no coincidence that the Castigators’ fall into hedonistic savagery, a savagery that almost tore the Chapter apart, happened while Silenus was Chapter Master.
If not for the intervention of Nestor, Lucian and Chiron, the Chapter would have torn themselves apart in the orgy of violence that was sweeping throughout their ranks. Silenus’ reign was ended by Nestor plunging his Lightning Claw into the Chapter Master’s chest, tearing out his primary heart and eating it in front of the fatally wounded Lord. It is from this act that Nestor gained his title Lustheart. Nestor’s first act as Chapter Master was to inter Silenus within a sarcophagus, damning him to an eternity of abstinence. 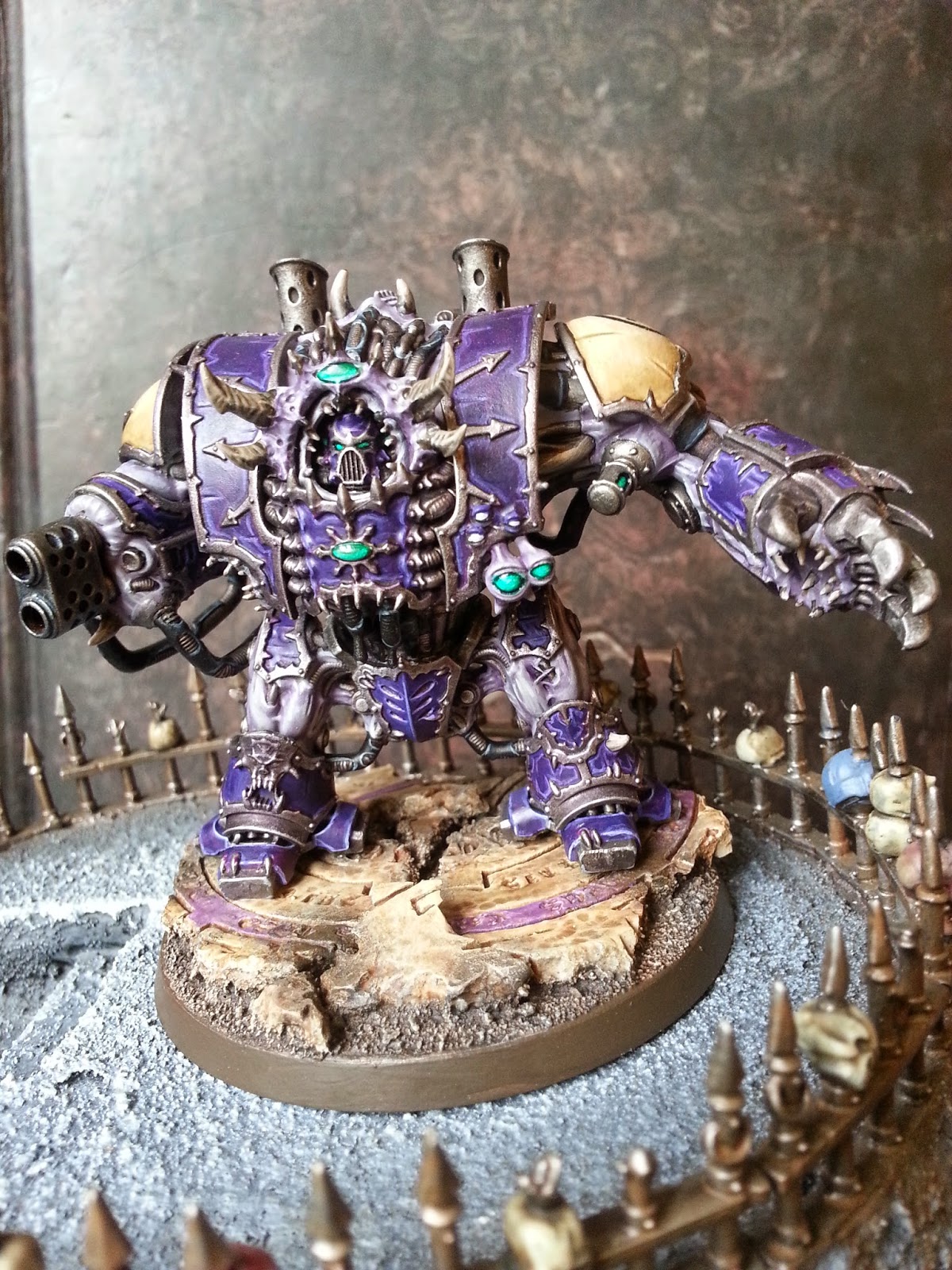 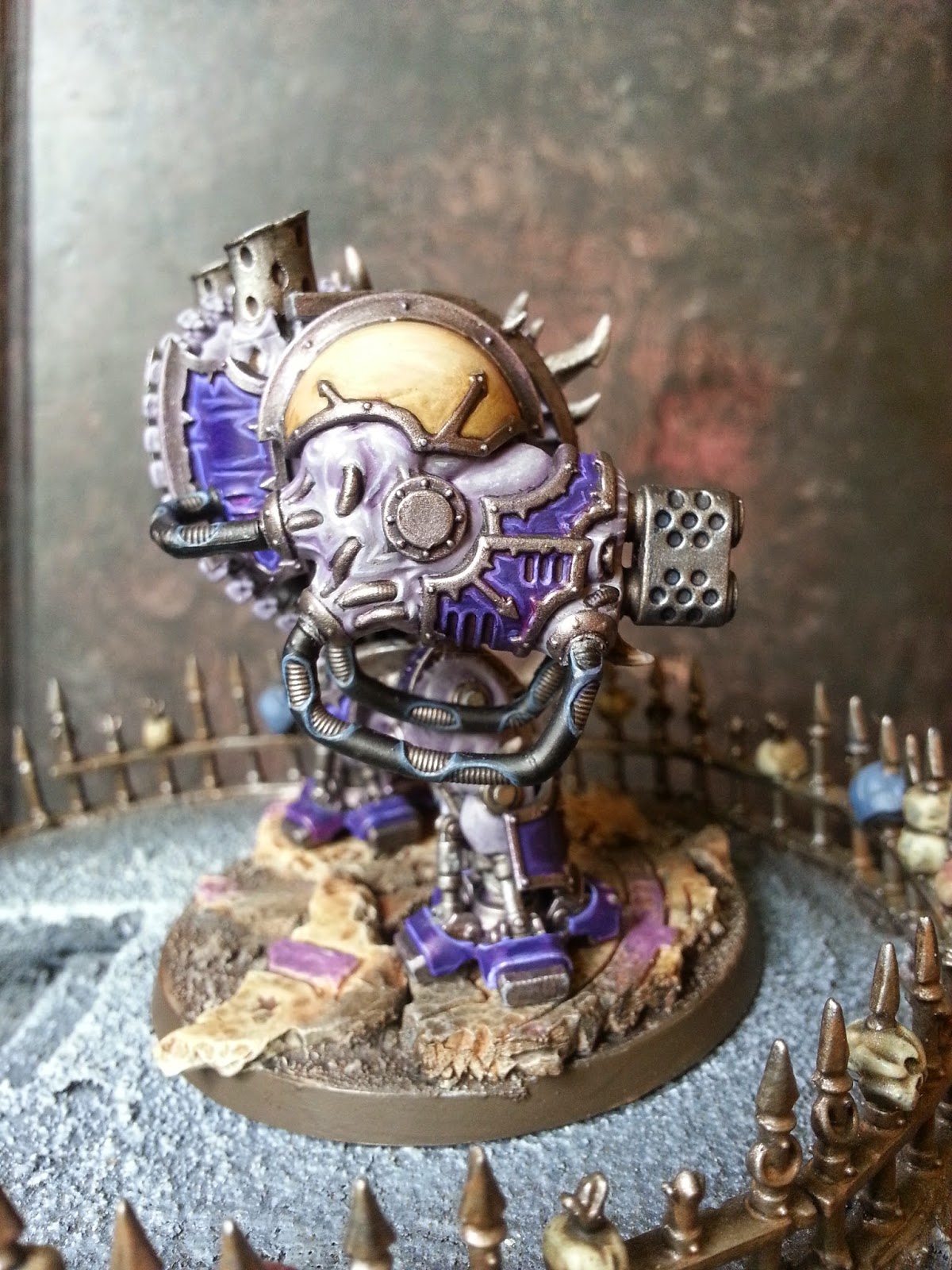 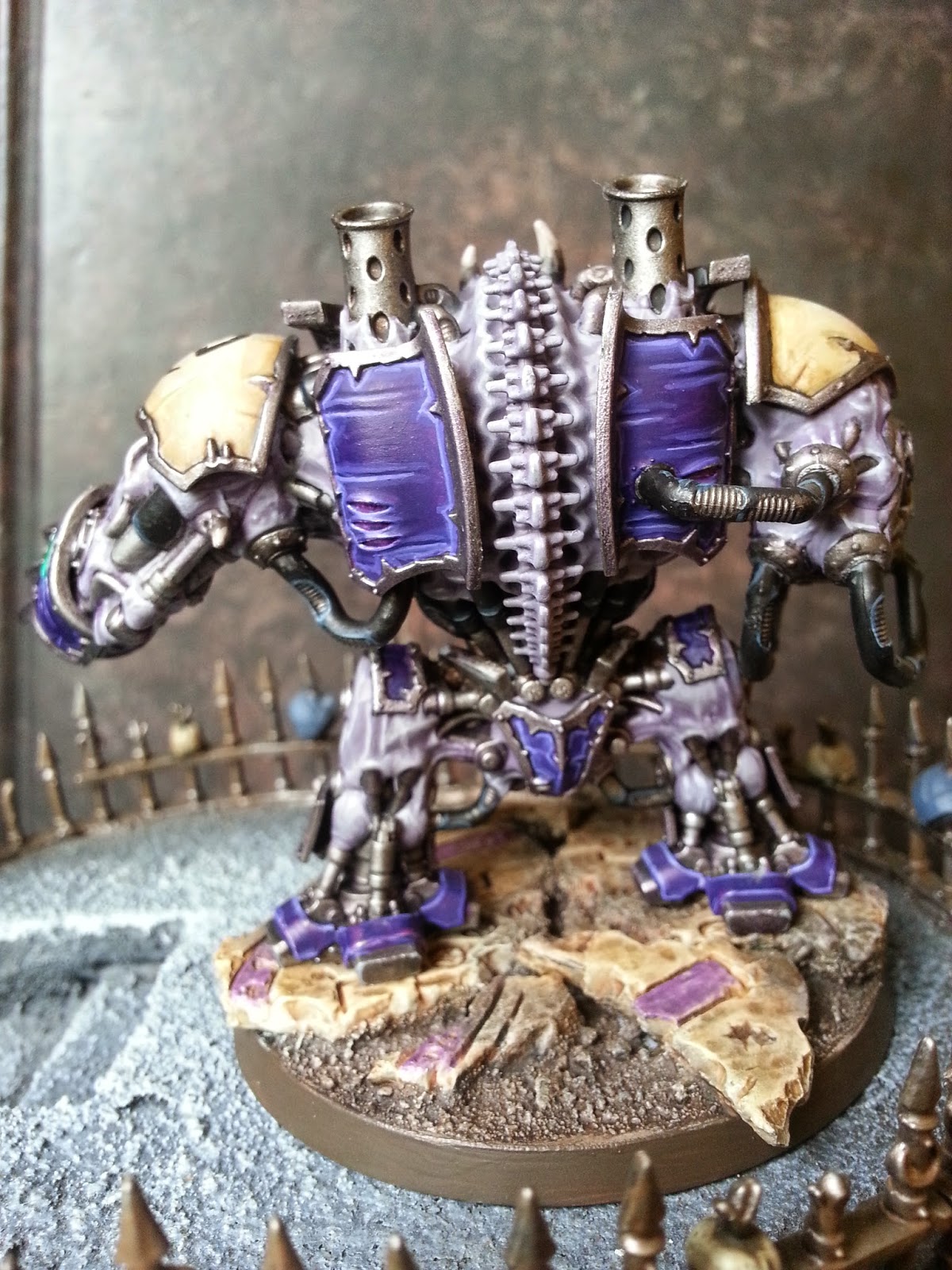 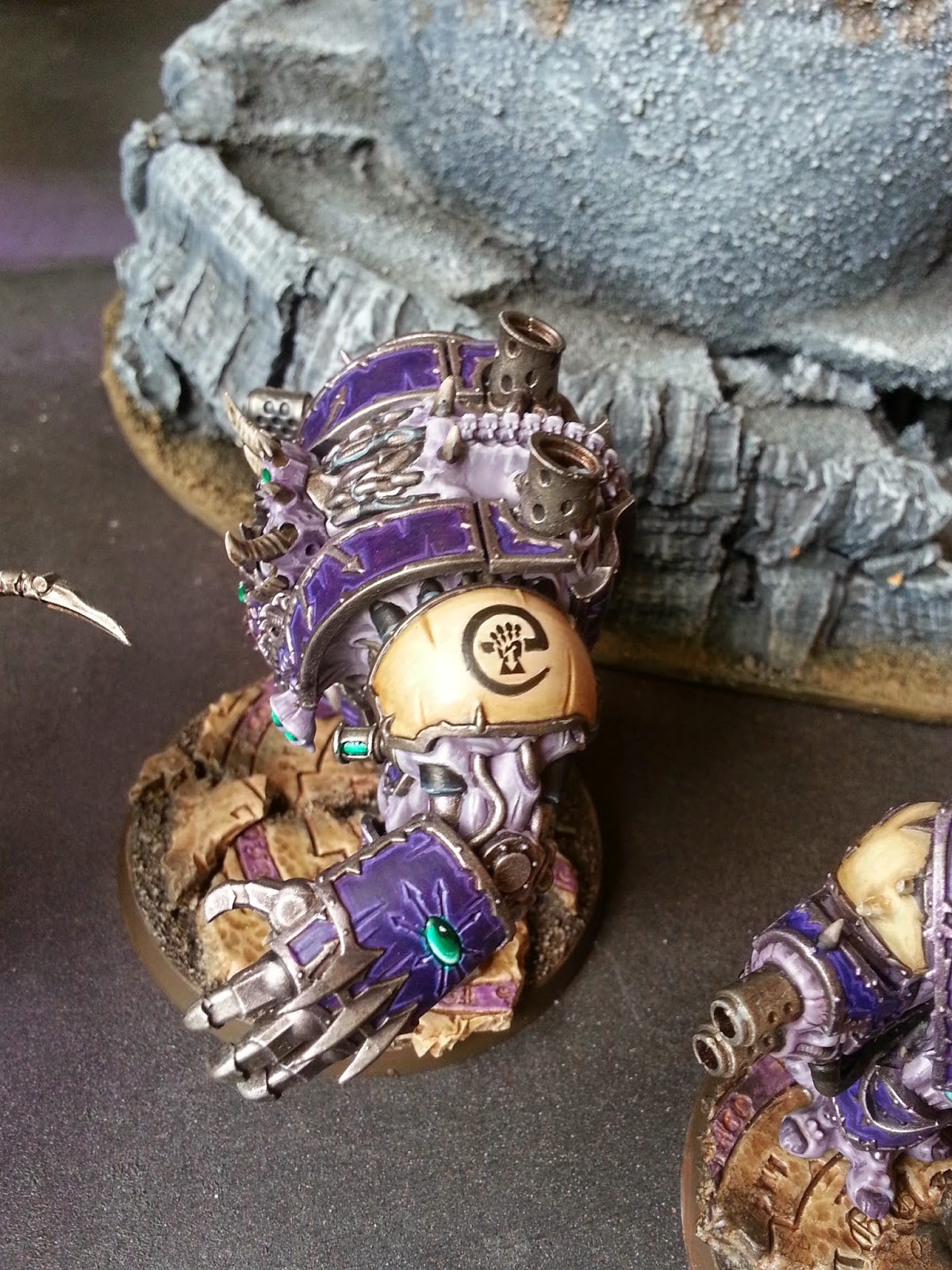 Chiron is the oldest surviving member of the Castigators, he was Master of the Apothecary when the Castigators were founded. His dedication to medicine soon turned to obsession with the flesh as the Chapter embraced Slaanesh. Chiron left the Chapter before their Ex-communication to seek out Fabius Bile. After many years as his student, he sought out the Haemonculi of the Dark Eldar to further his education in the arts of the flesh.
Upon returning to the Chapter, Chiron instructed the Flesh-Smiths of the Chapter in the fields of body manipulation, anatomical sculpture and fleshcrafting. It was his knowledge in the latter that led to the refinement of the Castigators’  involuntary possession technique with the use of great vats of metamorphic flesh.
As the years took their toll upon Chiron, he devised a way to cheat death. He interred himself in one of the Chapter’s Dreadnoughts so he could continue his dark obsession with the flesh. When Chiron rests, he does so in one of the Chapters vats, allowing the daemonic infused flesh to permeate his adamantium shell and meld itself to what little remains of his original body. However, the process has not been without cost, every time Chiron emerges from the vats, a little more of Chiron’s wisdom is lost. 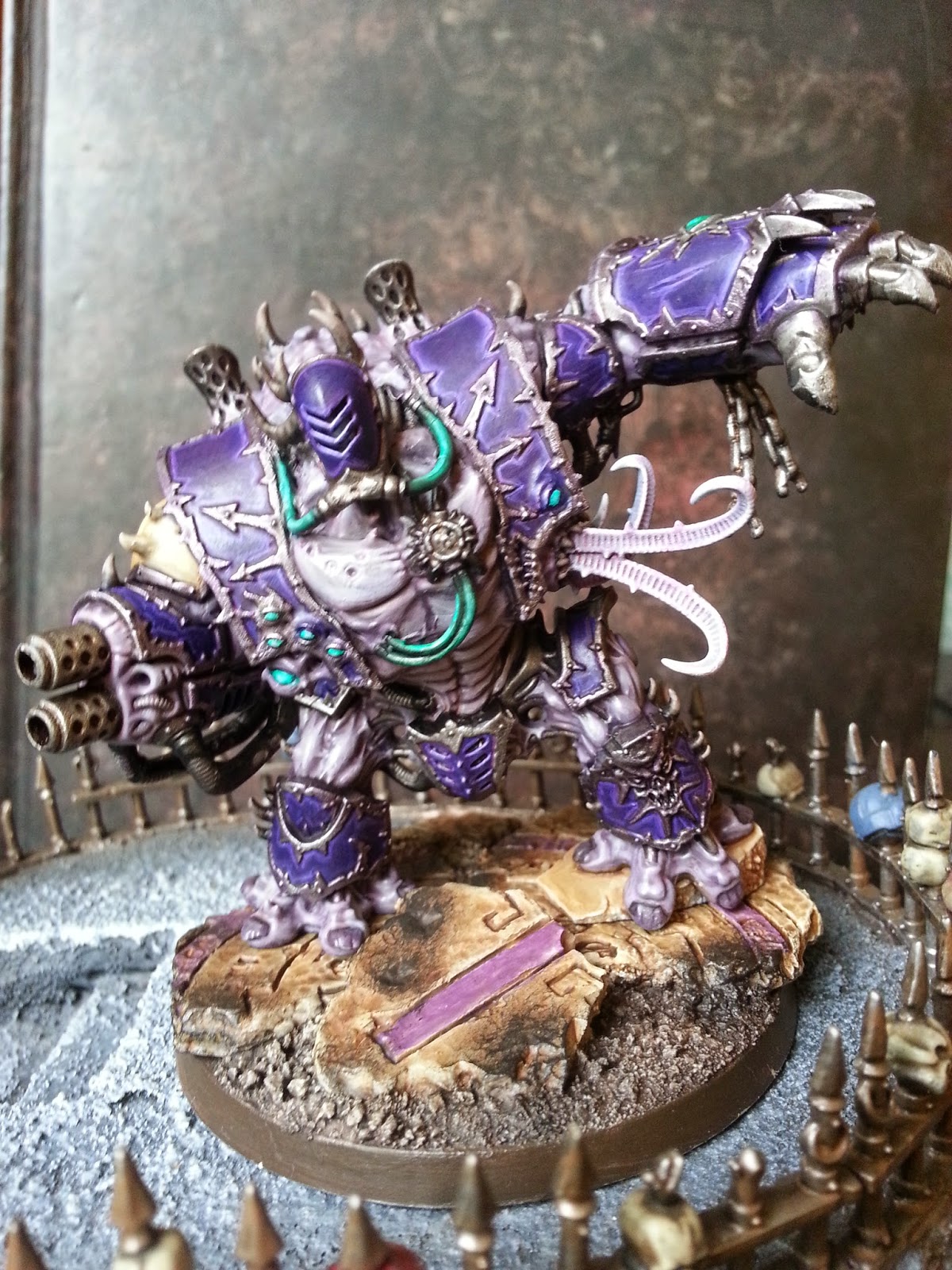 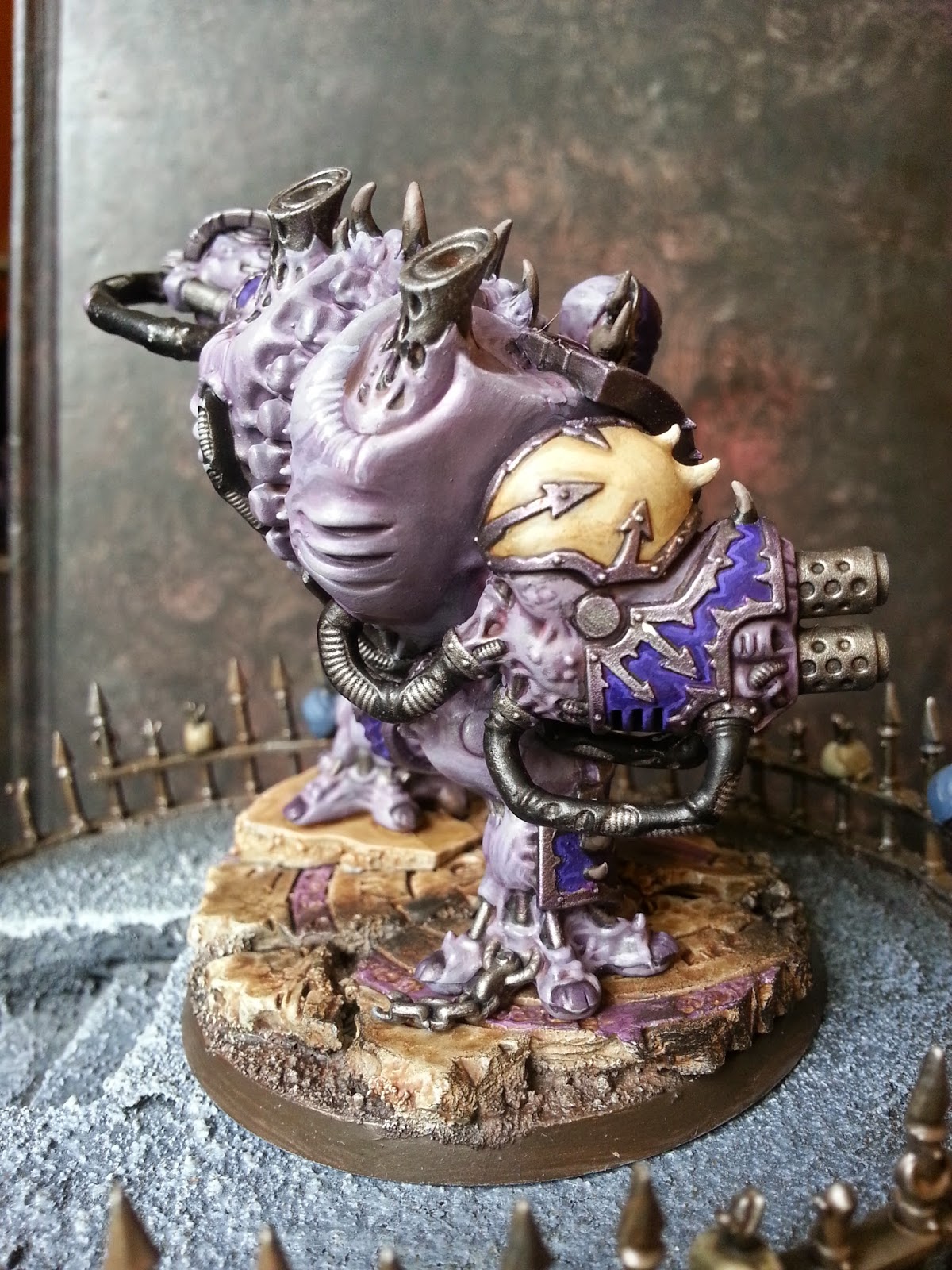 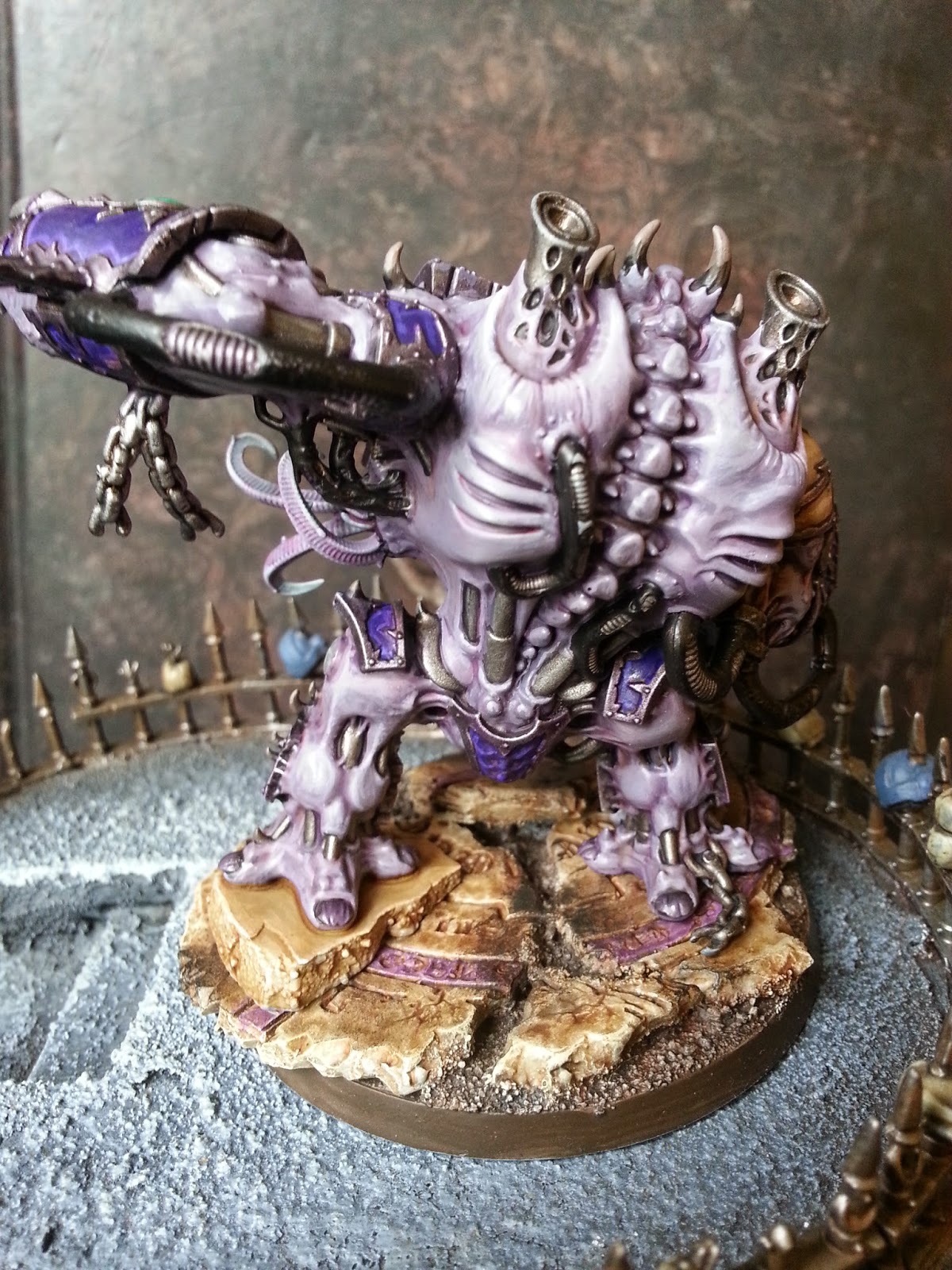 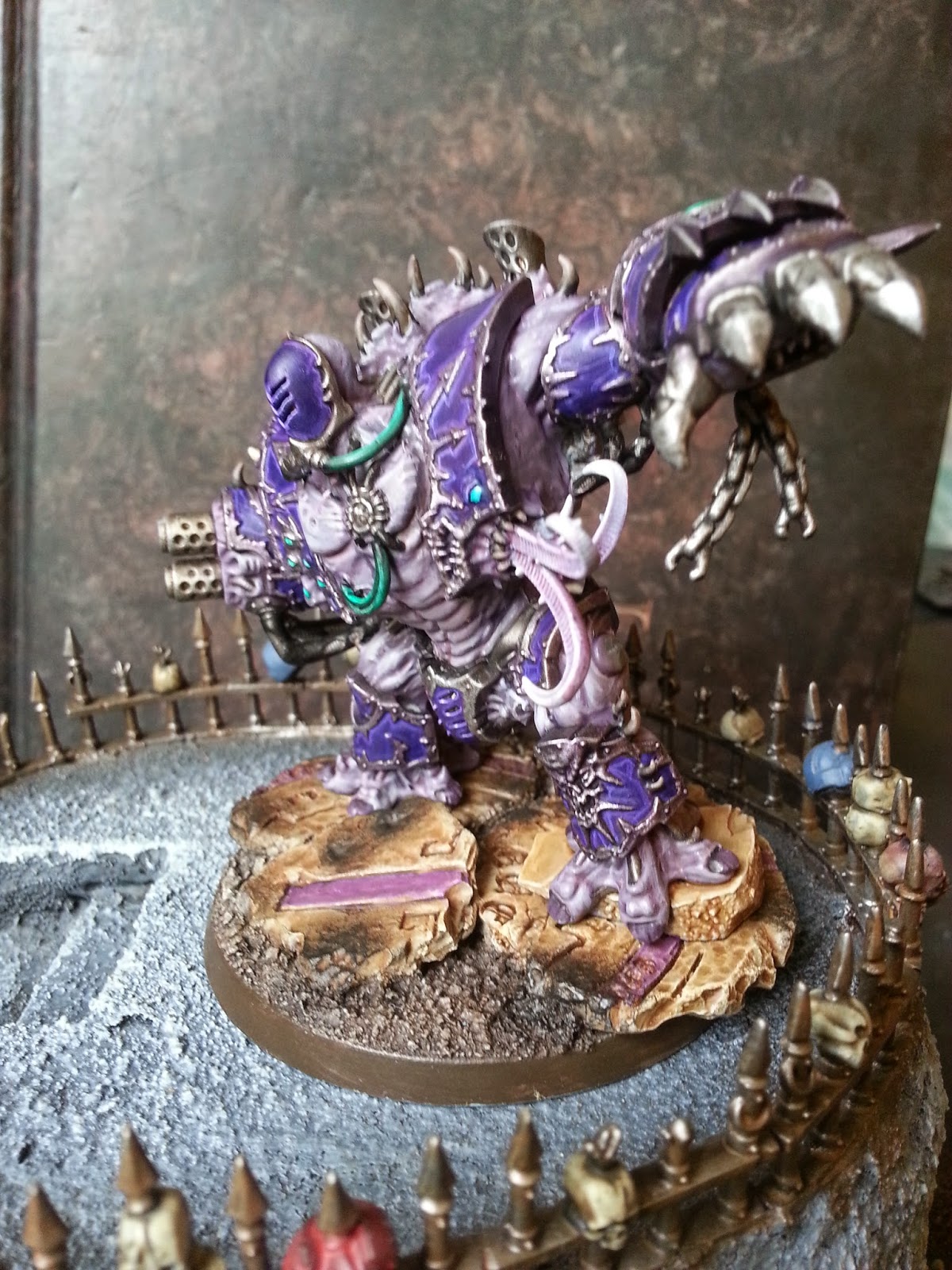 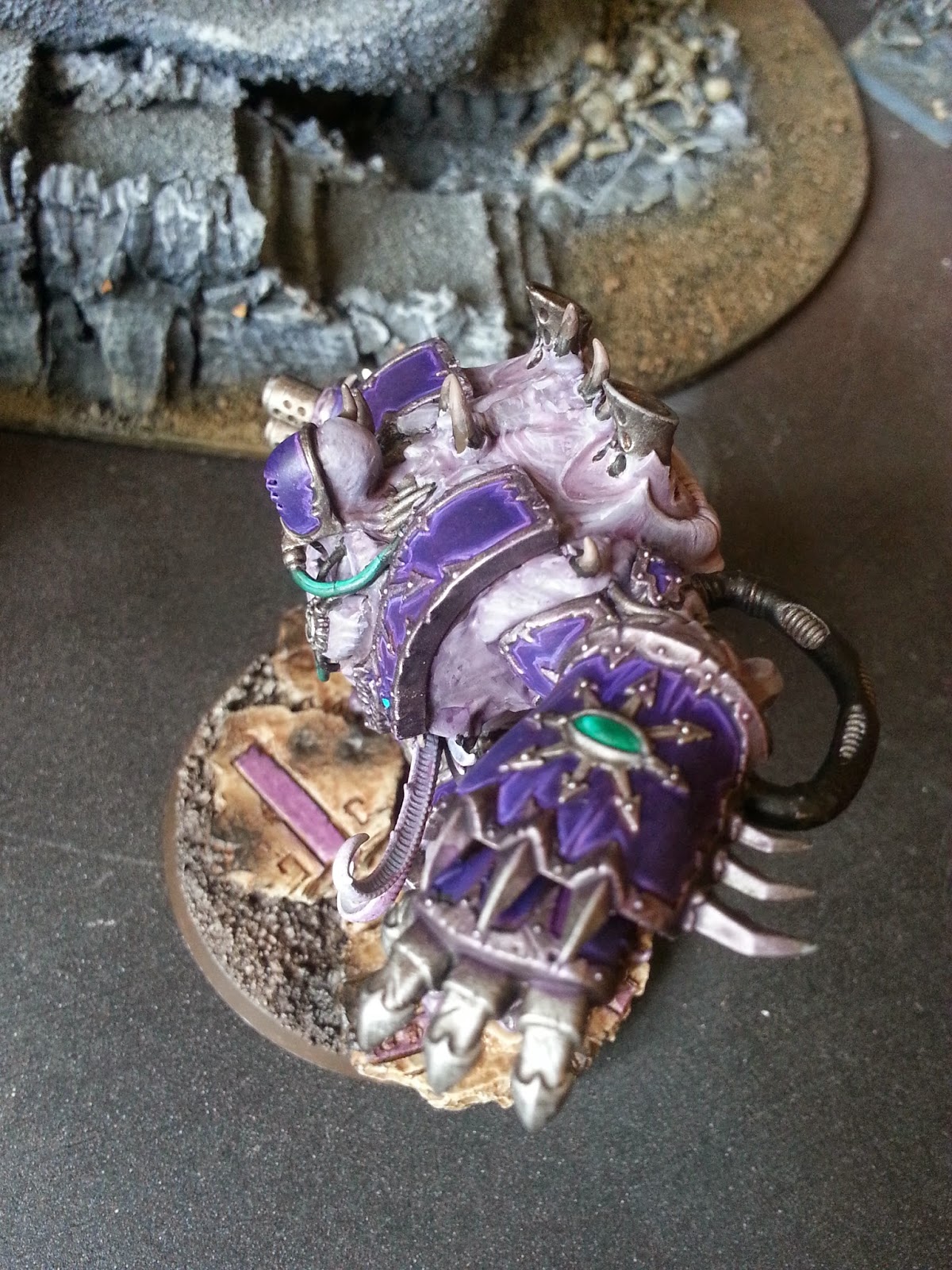 
Shaithis was the captain of the Castigators' first company,leading the Chapter's elite Terminators in countless actions. Whispered by some, although not within Nestor's earshot, to be a future Chapter Master, he displayed all the characteristics one would expect to find in someone who had risen to such a high position. His cruelty and arrogance earned him few friends within the higher echelons of the Chapter, but success is a seductive mistress. 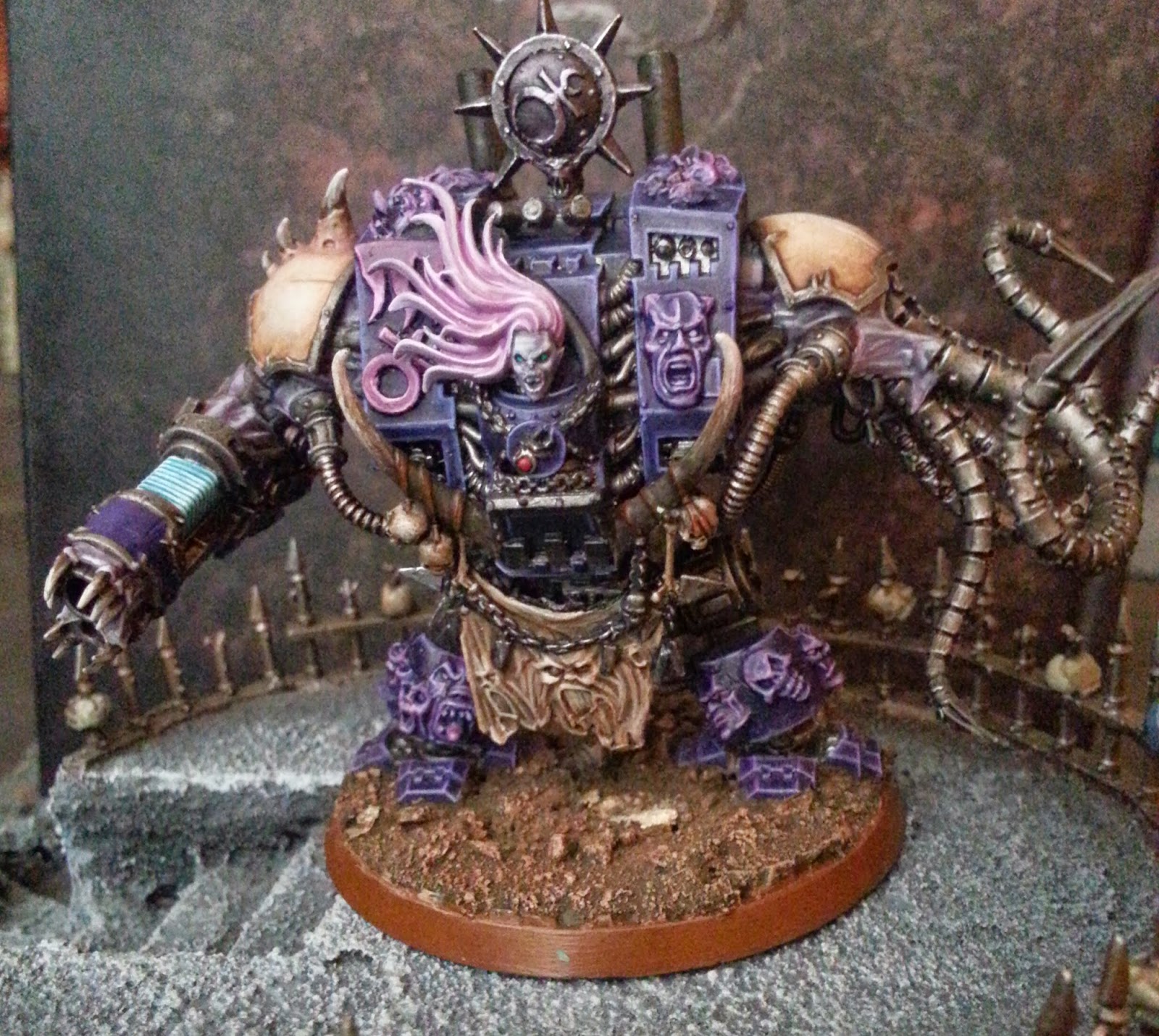 Striking fear and awe in all who oppose them, the 'Violet Marches' are a hurricane of anger and madness imprisoned in flesh-cursed steel. 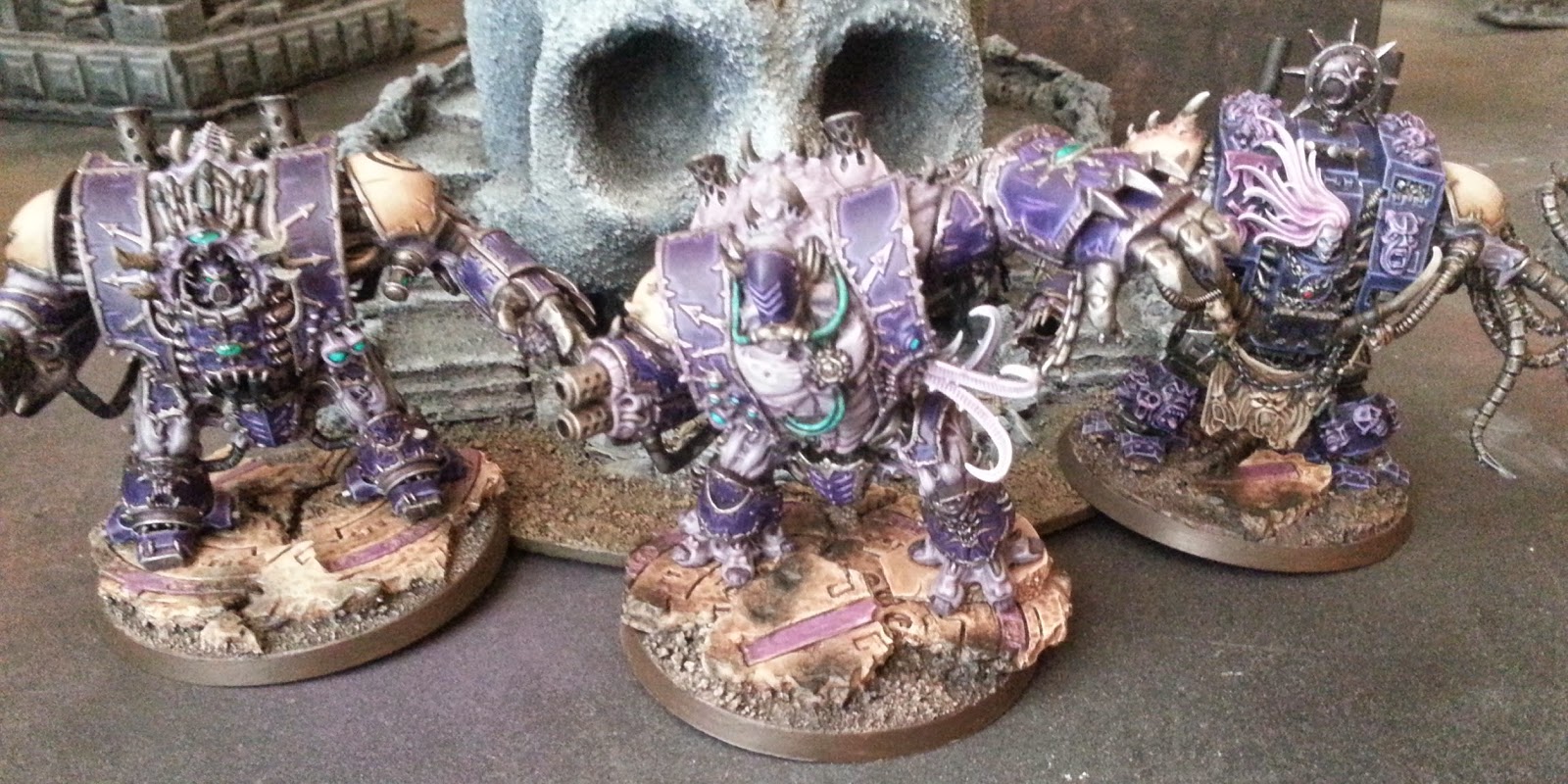 Until next time.....May our Lady grant you her number.
Posted by Castigator at 09:29