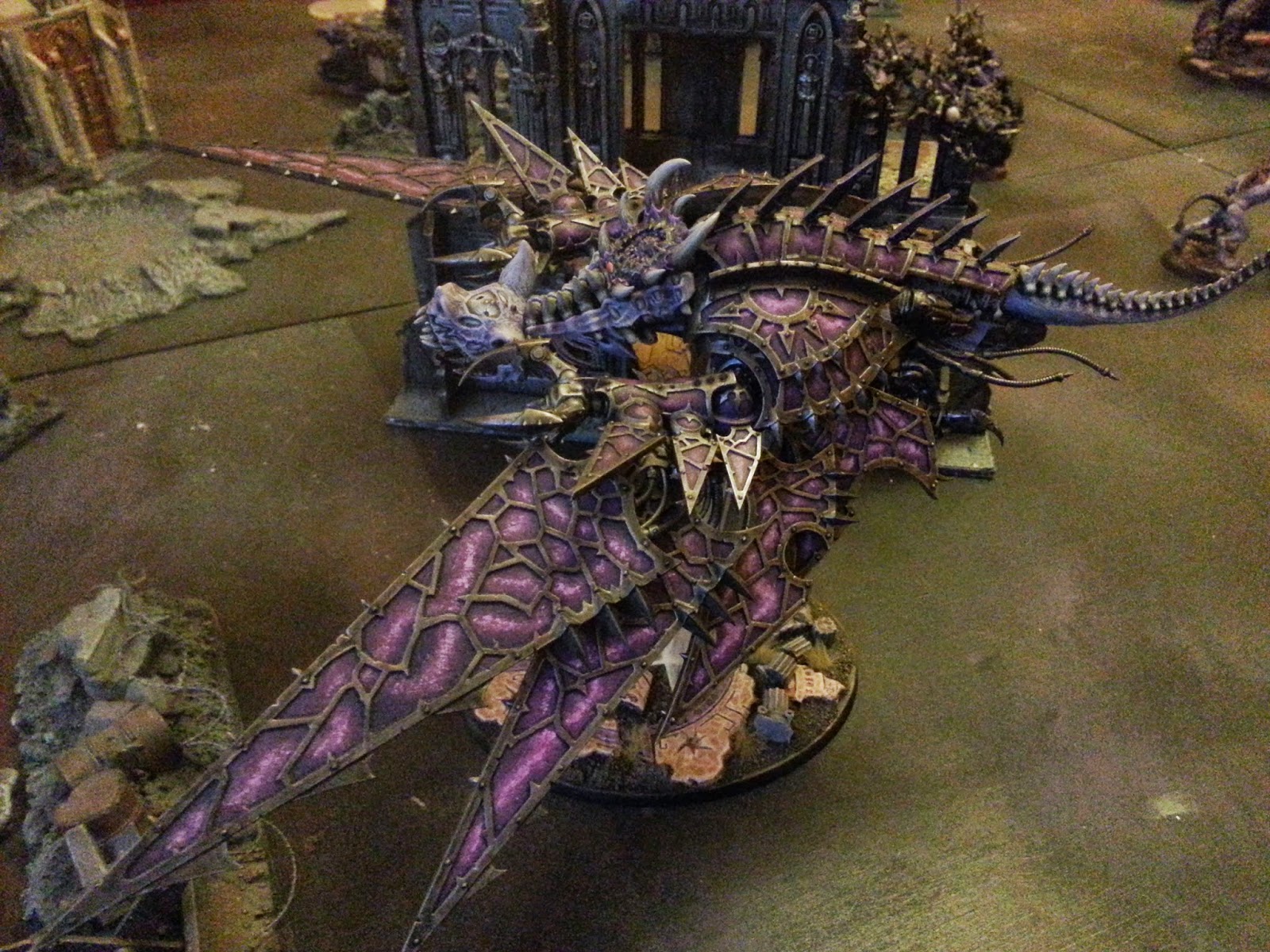 I've had a couple of people ask how I built my Heldrake, it's not a WIP as it was done a while ago, but I'll try and explain how I built my Slaanesh Heldrake and it might give people some ideas if they want to build something a little different themselves.... 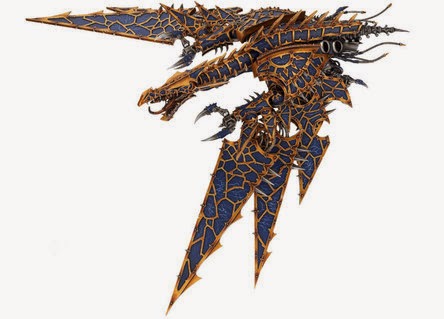 I'm not the biggest fan of the standard GW model, it seems a bit too mechanical looking (Dinobot) for my tastes. The background refers to them as 'once noble Space Marine pilots that have become something far more hideous. The energies of the Warp have granted them a form better suited to the predatory role their twisted spirits savour. Though Heldrakes have the sweeping wings and powerful engines common to all Chaos fighter aircraft, the resemblance ends there, for their aspect is one of flying daemonic reptiles...'
So in my world (a lovely place to visit but you wouldn't want to stay!) the Heldrake is a mix of Hell Talon, pilot and daemon. The model above is just a mechanical pterosaur which doesn't scream daemonic or corrupted fighter plane. After much umming and arring I decided that I wanted my Heldrake to have daemonic flesh and the remains of a pilot to show it's origins better.
The Daemonic Part
It didn't take a great deal of umming and arring to realise that the easiest way to daemonise the Heldrake was to change the head and add a tail. This would help to change the proportion of the model which was too front heavy in my opinion. The head I chose was from GW's excellent Vampire Counts Terrorgheist/Zombie Dragon kit. 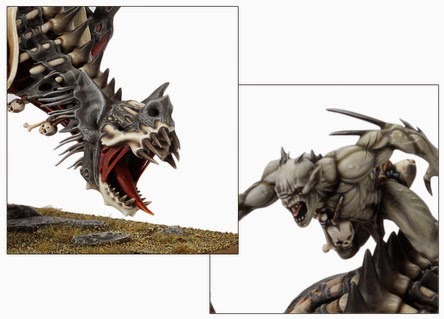 As luck would have it the body and tail part of this model was perfect for the back end of the Heldrake as well.
The Pilot
I knew straight away that for the pilot I wanted to use the unfortunate soul trapped in the Helbrute model, which would be built into the neck of my diabolical abomination! 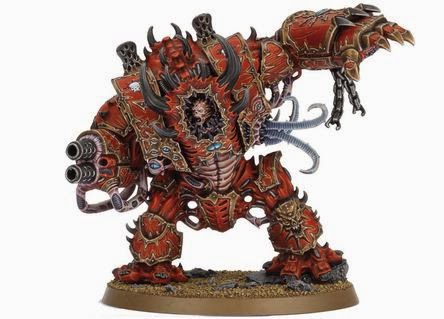 Putting It All Together
After a bit of chopping and changing here is what I came up with.
The original head and neck 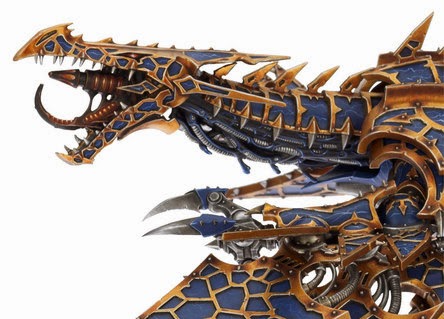 My daemonic head with the petrified pilot. 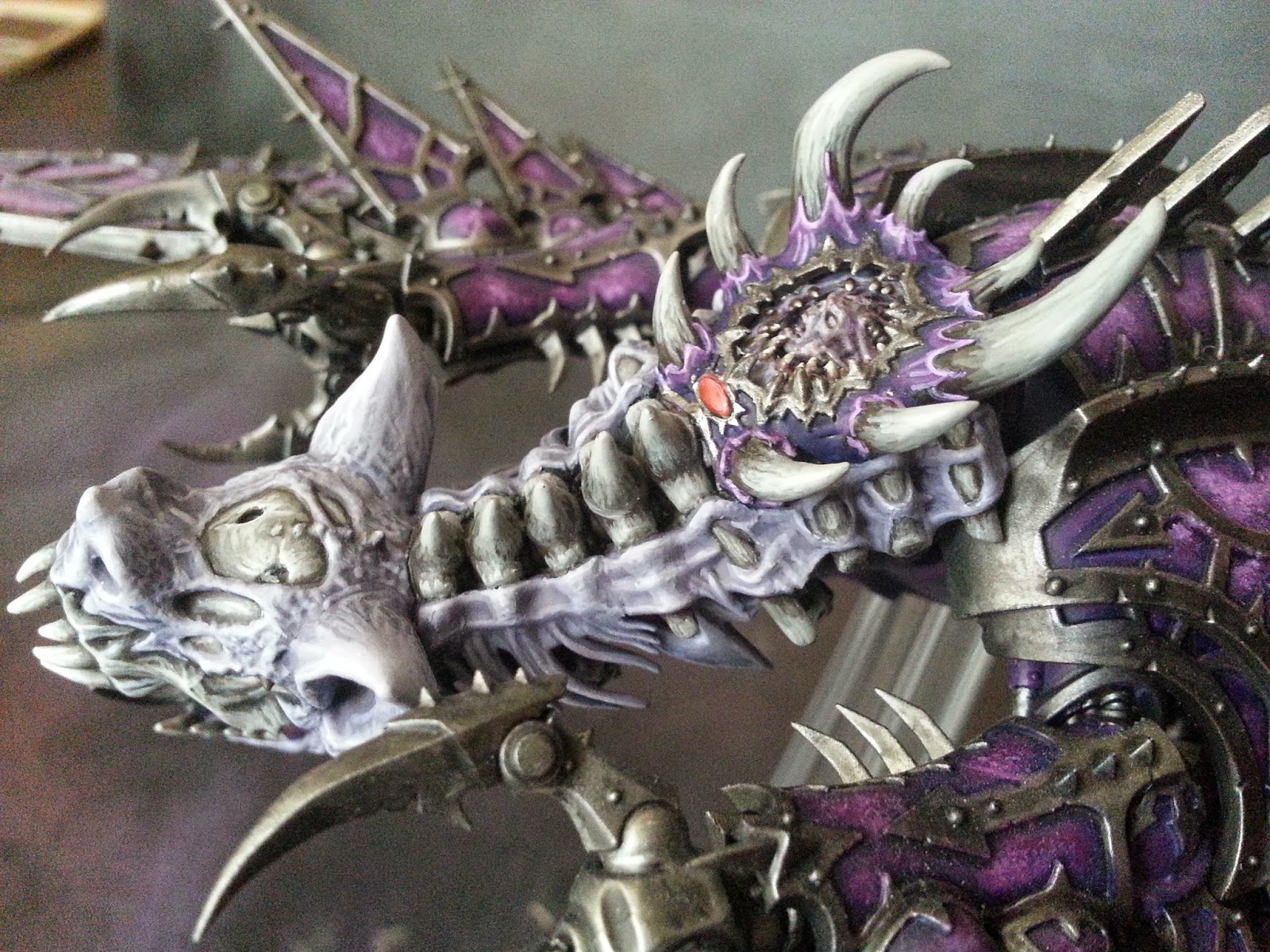 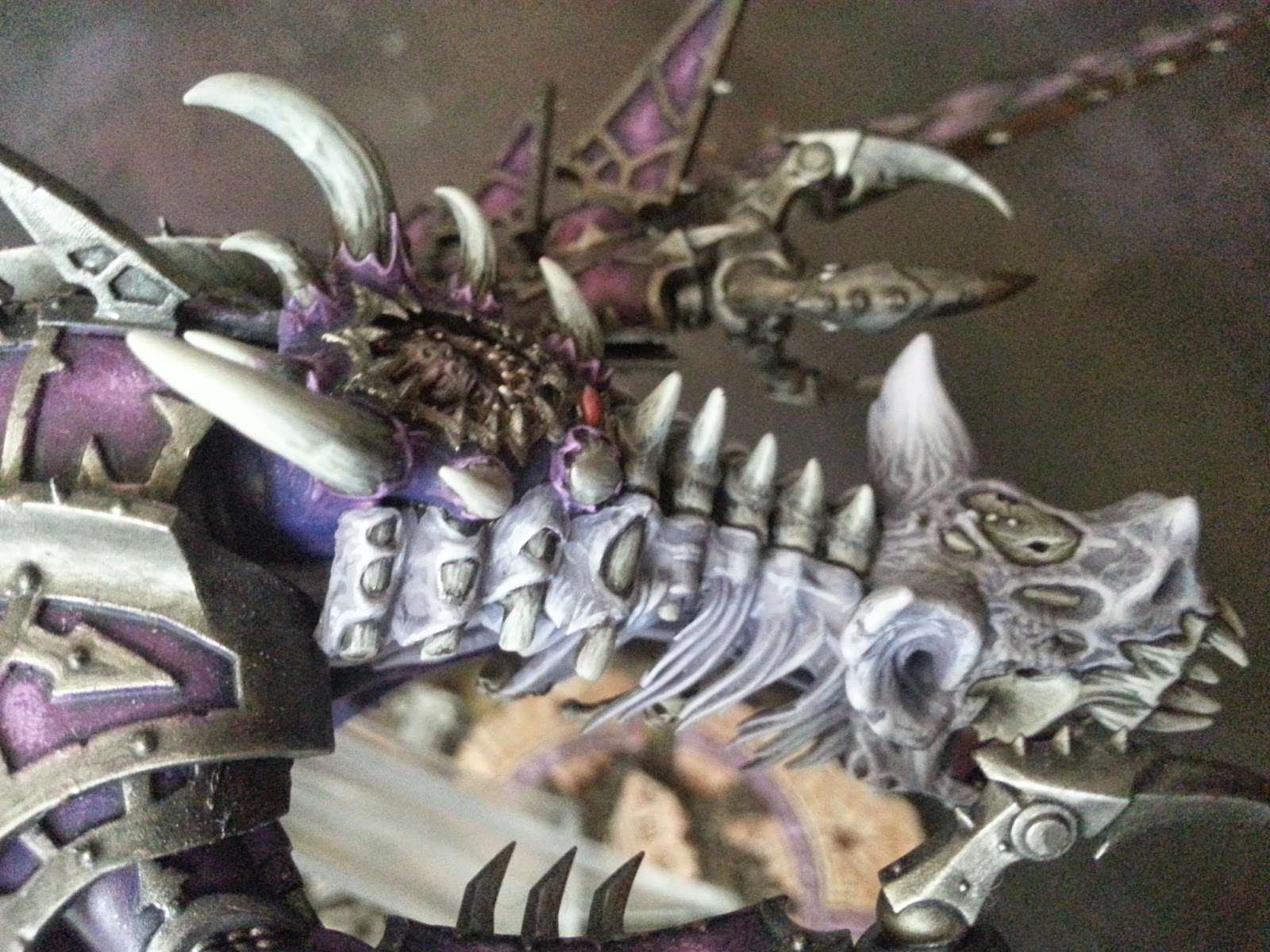 My main gripe about the GW model was the back end. The engine exhaust was terrible and it was possible to see right inside the model. There are also three holes on each side of it's rear that really make the original model look unfinished in my opinion. I used the engine exhausts from a Dark Eldar Razorwing and Dark Eldar Reaver Jetbikes to fill these holes. Here's what it looks like now with the added tail. 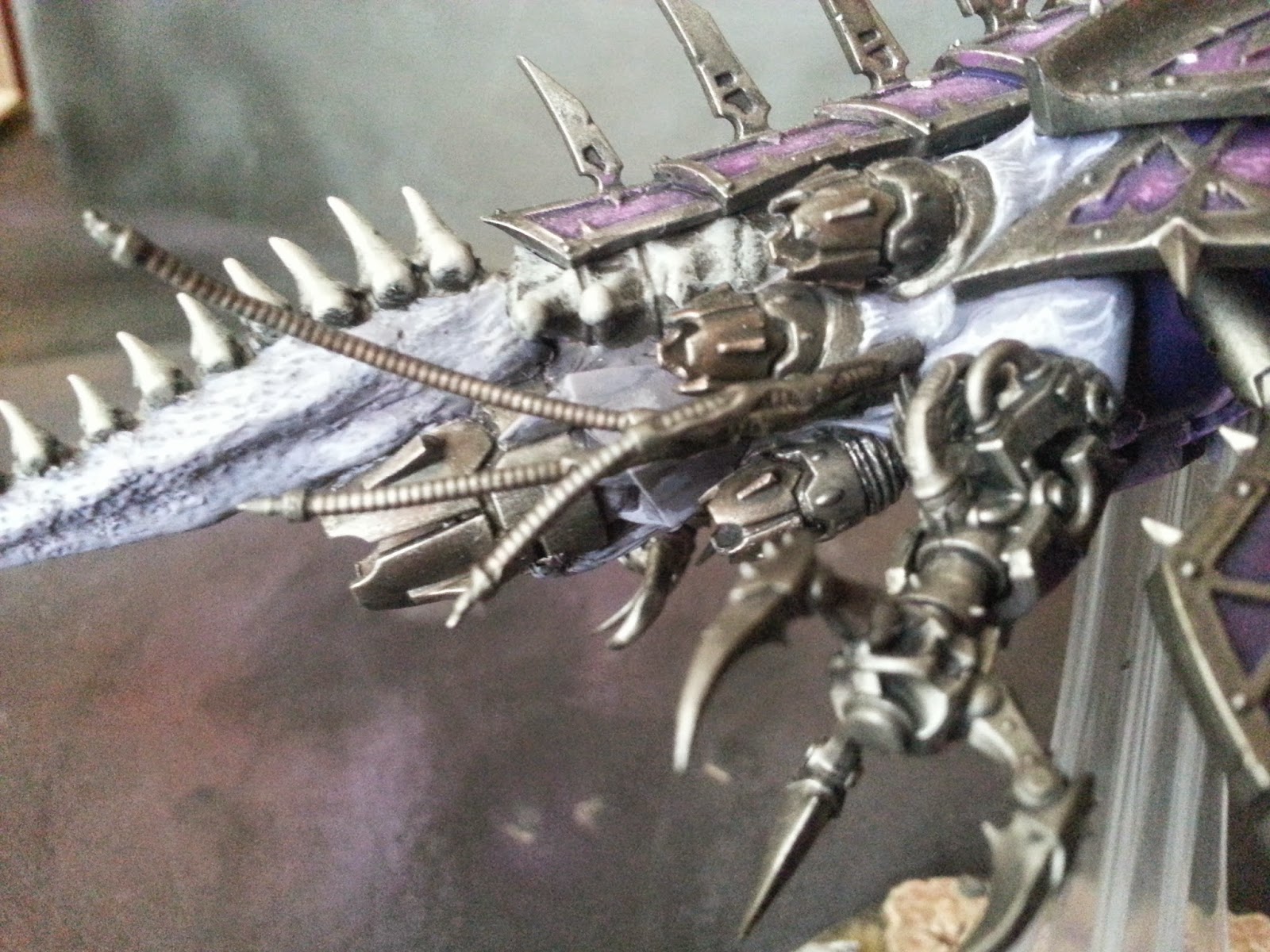 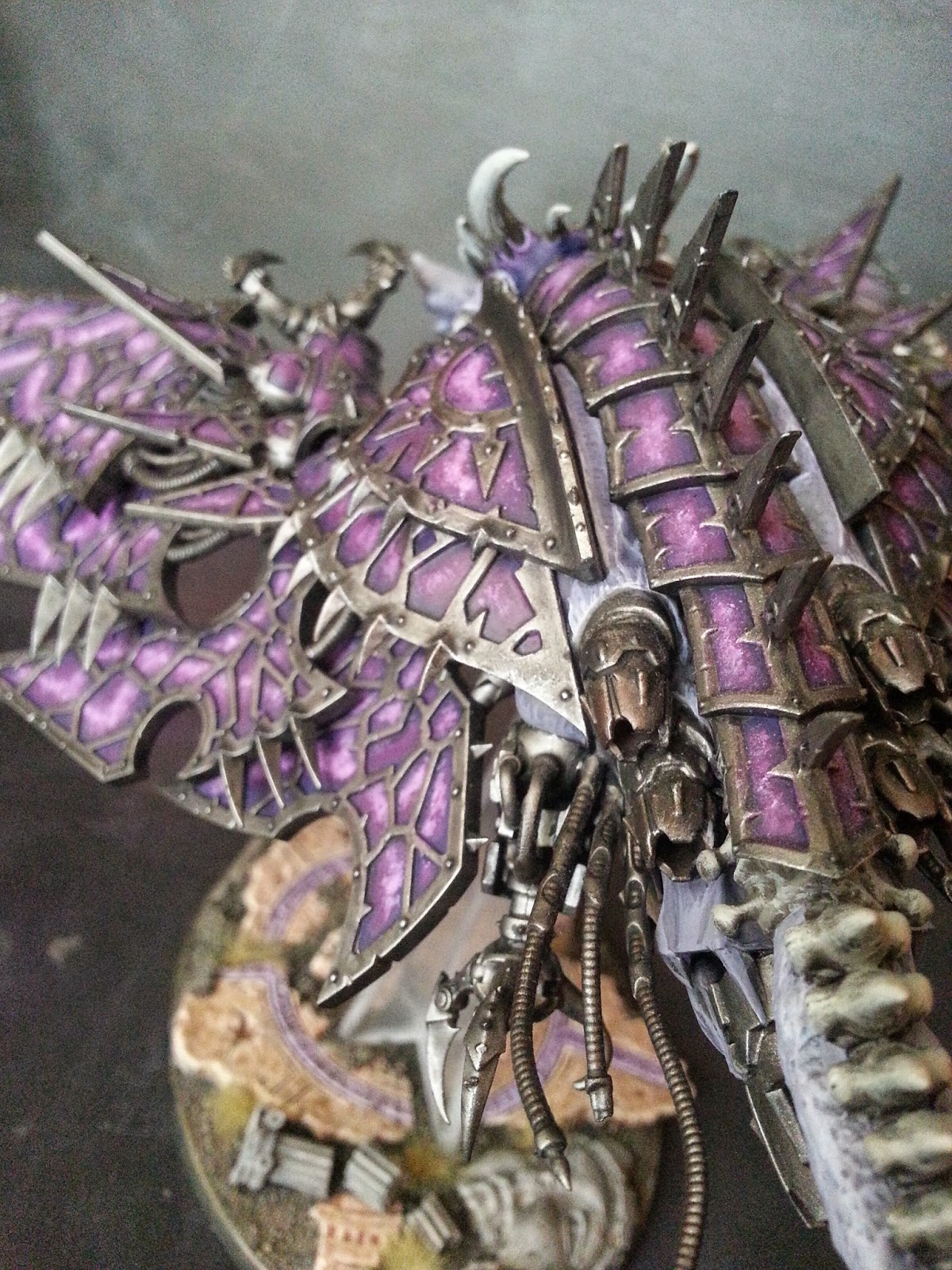 And finally the overall effect comparing it with the standard model. 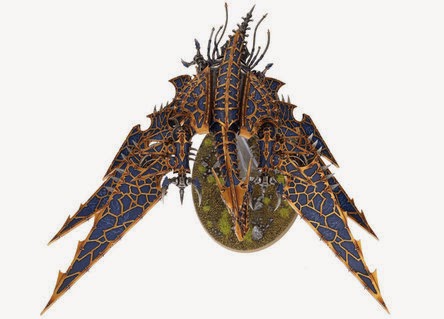 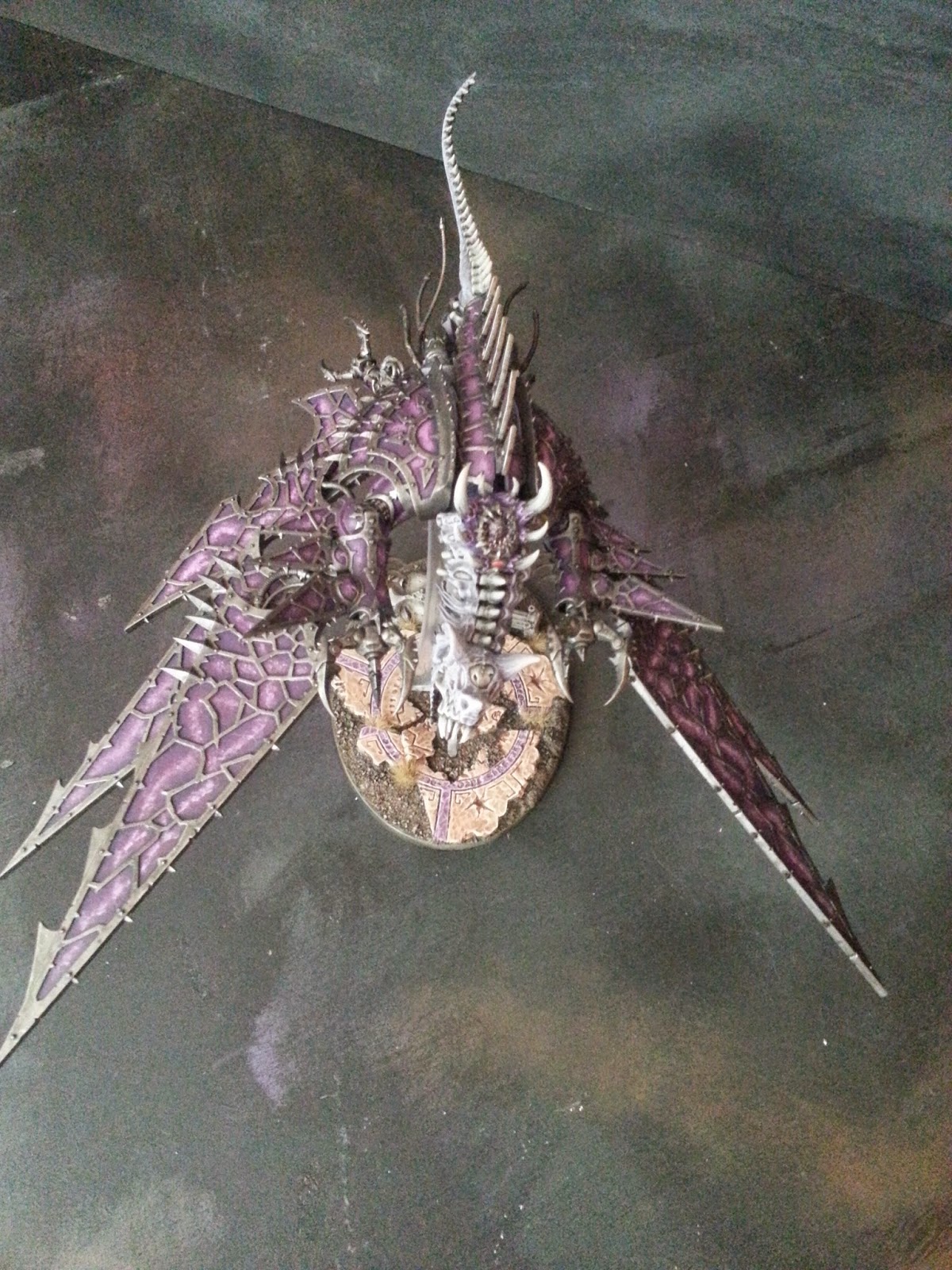 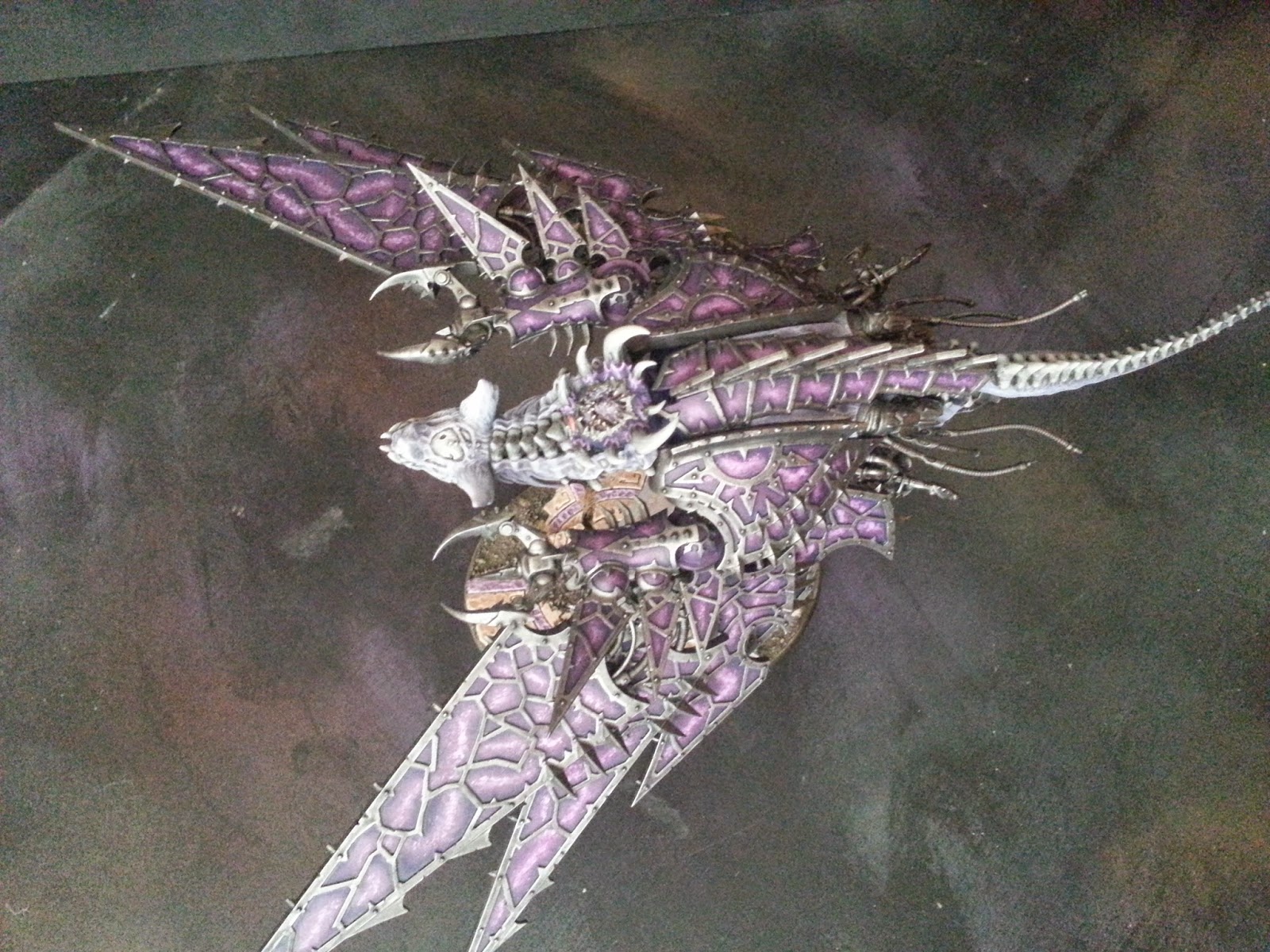 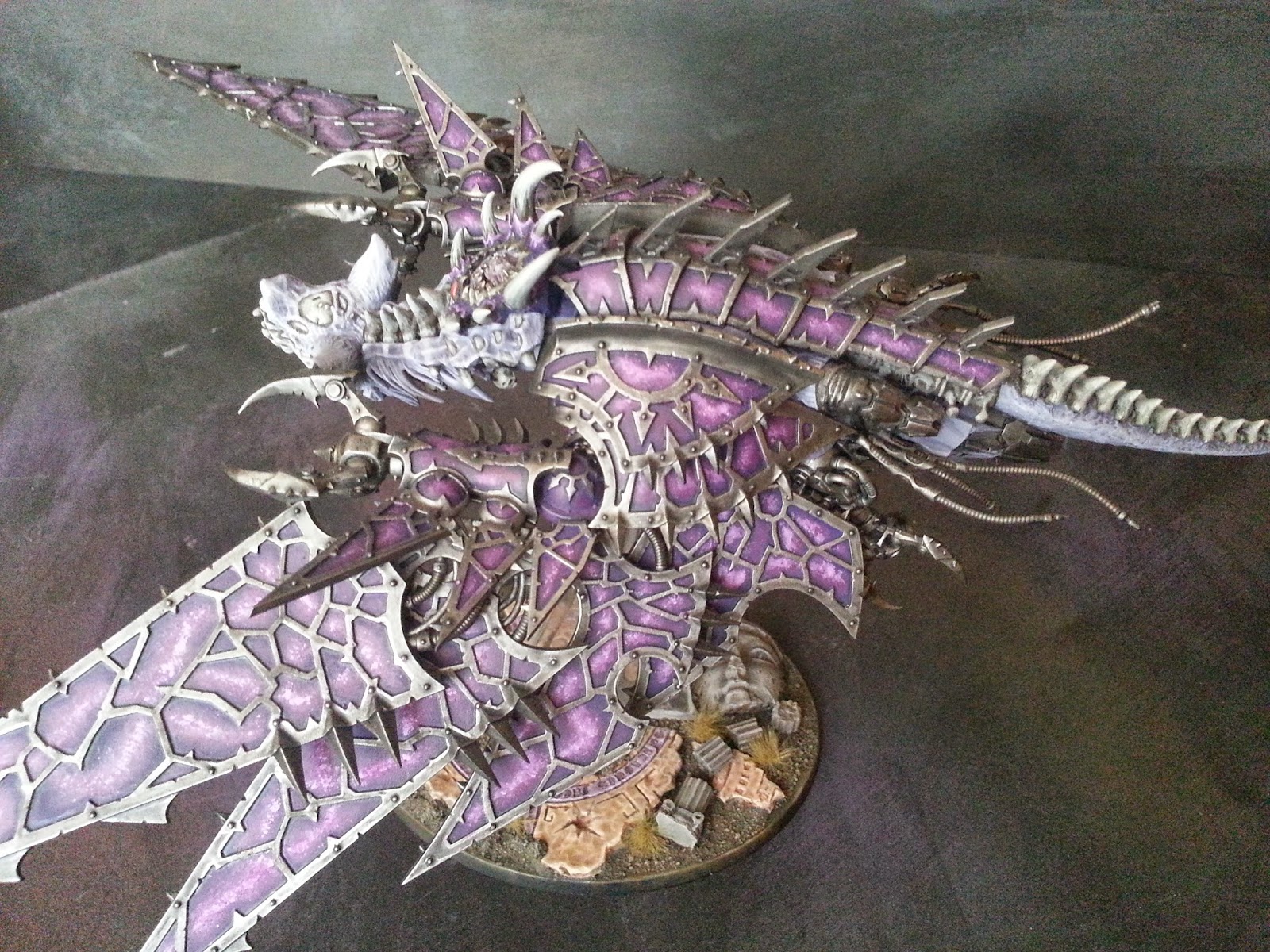 Painting
If anybody decides to build a Heldrake I cannot stress how important it is to paint it in manageable sized pieces and put it together after. I built the body and painted everything else before putting it all together. It would be a nightmare to paint as one piece.
Hope you found it entertaining and stay frosty ;-)
Posted by Castigator at 08:10