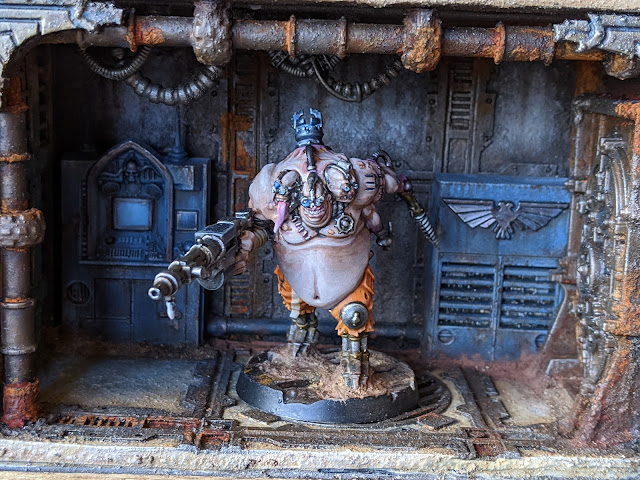 
Greetings Hivers!
The final Gellarpox infected has been re-purposed into a Necromunda Mutant.
This was another model that was gloriously over the top, but unlike Potamus, the model was a little too 'out there' for my tastes.
The belly furnace had to go, I didn't like the chimney stacks and his right arm annoyed me no end...I think it was to do with the metal hand. 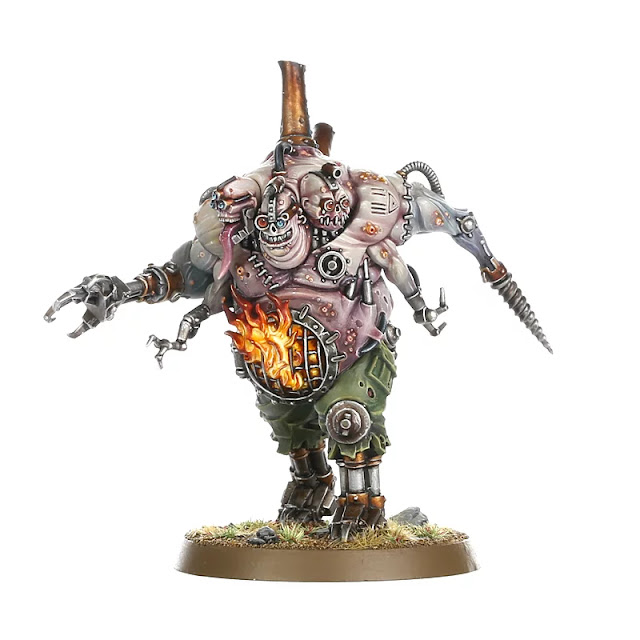 I had an idea that this particular Coarseman would be an experiment that had escaped from his creator and would have a deep seated hatred for him (most of the Coarsemen will have a deep hatred of one particular gang but that will be revealed in another post).
With that in mind, I set about him.
The Belly Furnace was replaced with a traditional beer gut, which immediately improved the model for what I wanted. I also chose to paint his pants in orange (with cream stripe) to help indicate that he was from an experimental facility. 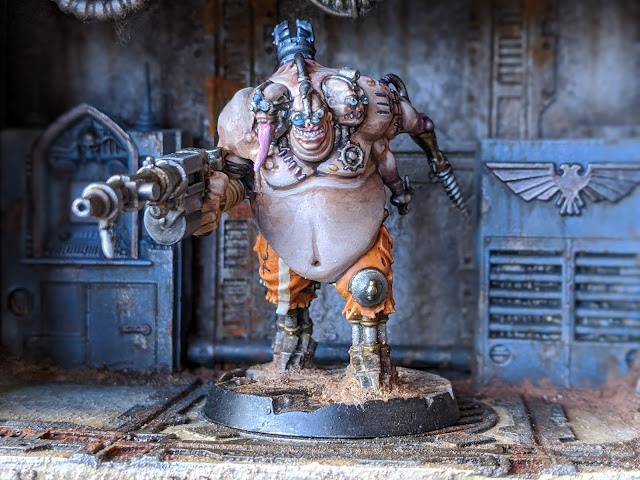 The Chimneys were removed and replaced with power cells (spares from the Ad-Mech Kataphron box), which again is an improvement in my opinion. 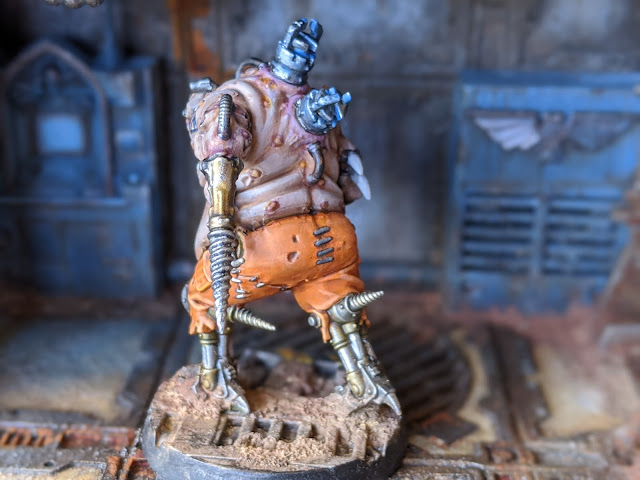 His right arm was replaced with yet another Ork arm from an old 40k starter box (I'm not sure which edition 4th or 5th I think?) to give him a Heavy Stubber. Note the barcode tattoo to reaffirm his experimental status. 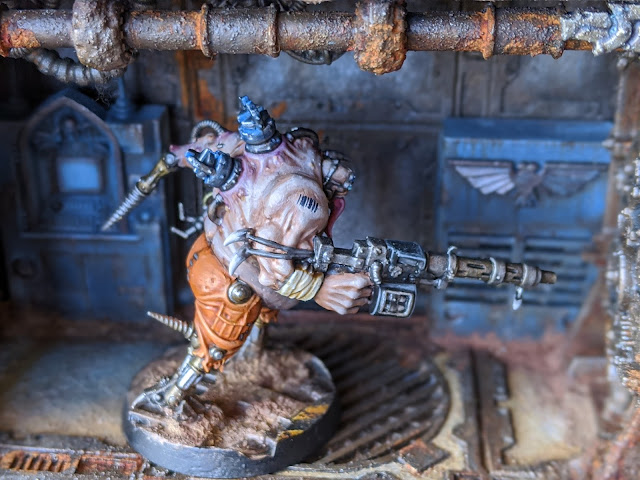 Overall I'm reasonably happy with him (although I spent much more time on him than I wanted).
I'm more happy that I've finished yet another model from my backlog, especially as it's from the Kill Team set, which is a game that has proven to be something of a disappointment for me. 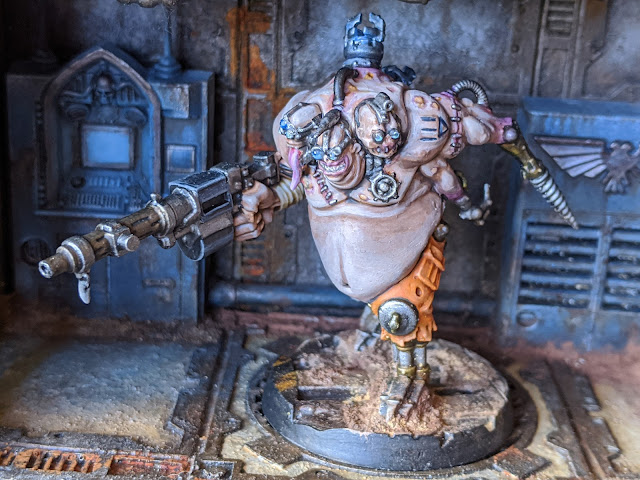 I'm sure he'll make a fine adversary in our games of Necromunda and I'm looking forward to seeing what sort of trouble he'll bring for the gangs of Rockridge.

Until Next time....May the Hive Spirits watch over you 😉
Posted by Castigator at 07:58