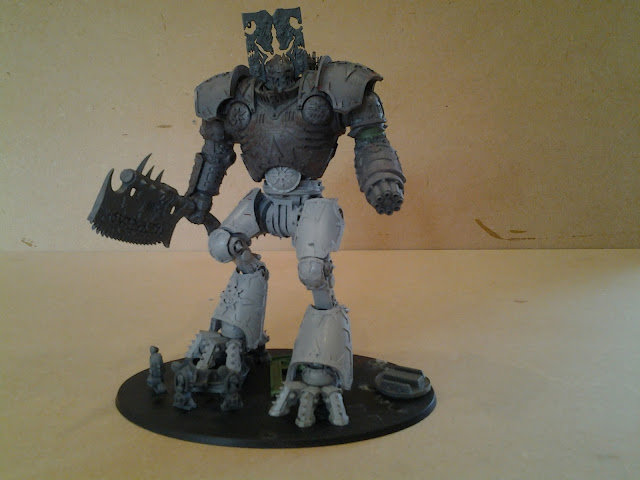 That was a month ago so let's see some progress. First of all, a quick speil about my intentions for the model. As a khorne player and something of a fluff bunny I limited myself to the traditional colours, red, black and brass. Then I was conscious that my warband is The Red Tide which informed the basis of the colour scheme. Finally, whilst not the majority of my collection, berzerkers are THE iconic warrior for khorne in 40k. To that end I wanted the Kytan to basically look like a giant berzerker. As the base colour is red, my go to choice for primer and base coat is Halfords red spray primer. Fulfilling both jobs, primer and base coat, it really is a great start and I use it for all my khorne stuff. 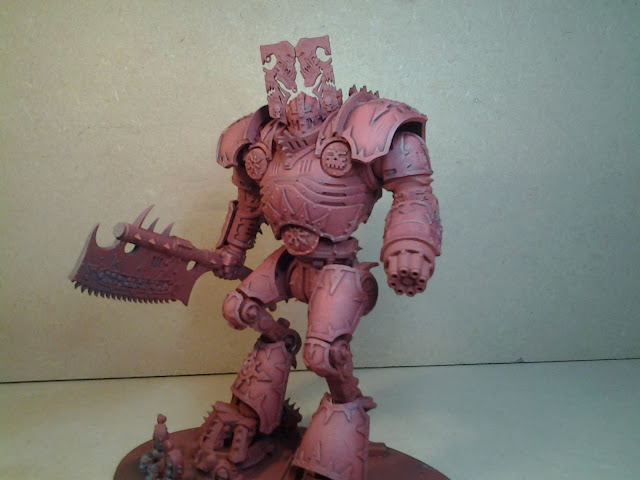 Here we are after the base coat spray and some work on building up the tones and highlights followed by a series of glazes to blend it all together. The glazes were a combination of GW washes, sepia and crimson, mixed with their Lahmian medium. I think the medium is better than water in that whilst it thins the washes it doesn't dilute the colour intensity, if that makes sense. Anyhoo, several glazes later I was ready to move onto the second biggest chunk of colour, the metals. Here's the start; 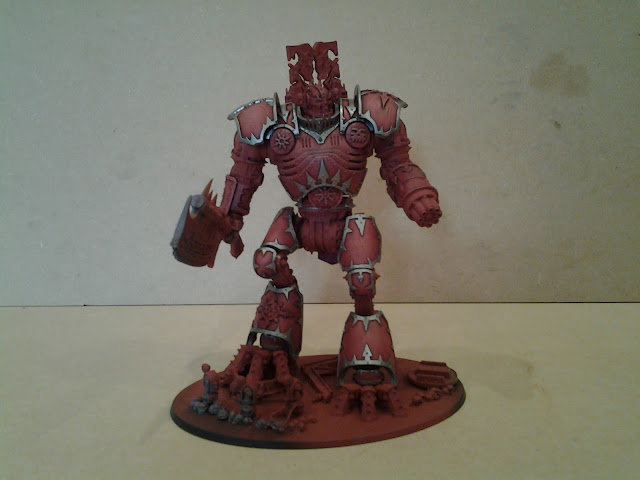 With one or two details that aren't metal I then pretty much finished the model and must admit, skipped taking more pics as I wanted to get him finished. Also, as I don't have a permanent photo set up I just went ahead and finished him. As far as the base is concerned he joined the ranks of The Red Tide currently ravaging the hive world of Great. As such he's on a ruined concrete, rusted metal kind of affair. I also picked up one of the new GW skull sets. Now, I'm no fanatic GW fan boy but I have to say this box is one of their best releases of recent times. OK, enough waffle, here he is, Gorkhaan, Destroyer of World's. 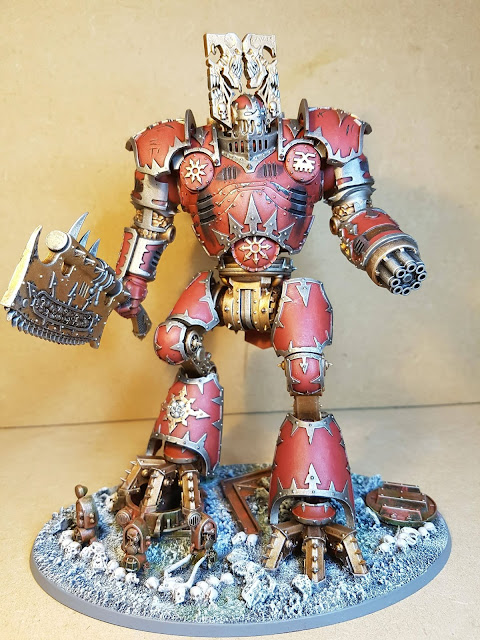 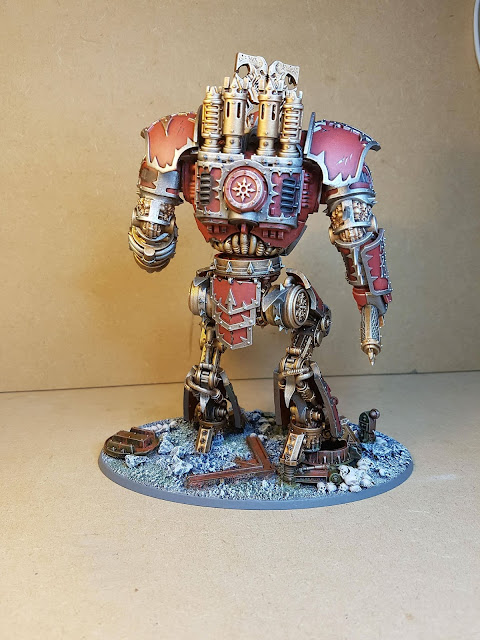 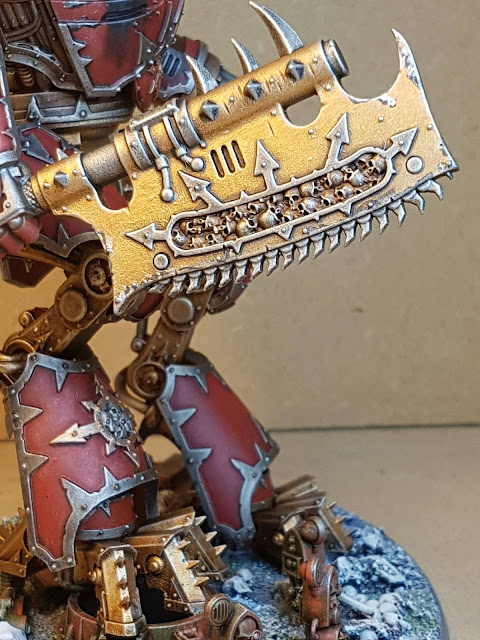 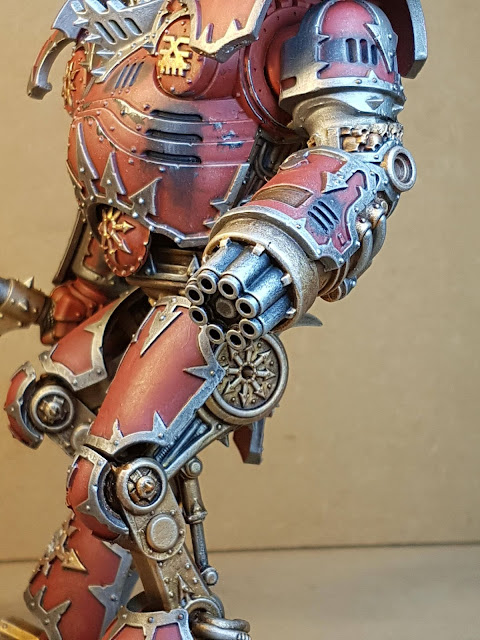 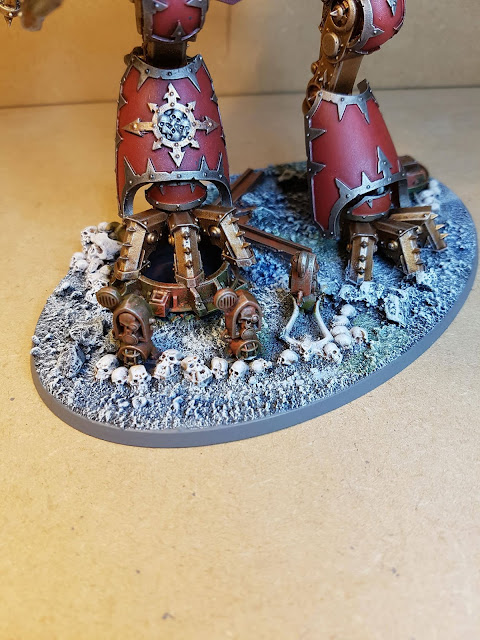 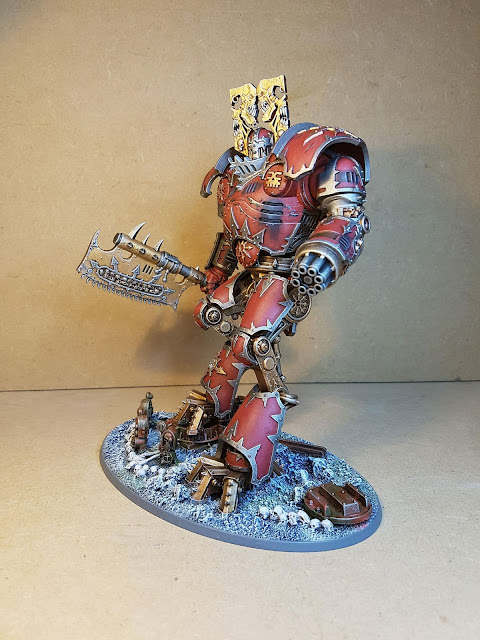 So far, in game, he's performed very well. So far he's taken on Mortarion and killed him in one round, stopped an Imperial knight in its tracks before chopping it into pieces and almost single handedly taken apart a Necron army.