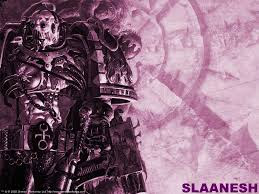 Greetings Sinners!
Today I have something special for you. A wonderfully sumptuous army painted by one our readers, The Scientist. He has been a long time visitor to the blog and it is with the greatest of pleasure that offer up these images of The Fabulous Host of Lord Fangorio.
So without further ado, I hand you over to The Scientist......

My name is Jose and I've been following this blog more or less since its inception. It was a great source of inspiration to my splinter force of Emperor's Children, The Fabulous Host of Lord Fangorio. The characters are named a bit tongue-in-cheek after a few worthies of a particularly gaudy and discordant 1980's Spanish musical genre.
This project was partlyinspired by my reading of Josh Reynold's "Kharn: Eater of Worlds"; a very characterful novel set in the Scouring, specifically just before the Battle for Skalathrax which saw the World Eaters break themselves against the Emperor's Children. I imagined the III Legion as somewhat cohesive and not broken into small warbands as in latter times, so the theme is quite conventional (if uninspired , of course). As I'm forever hovering on the brink between the Horus Heresy and the 41st (or is it the 42nd now?) milleniums, I tried to keep the force valid for both settings. 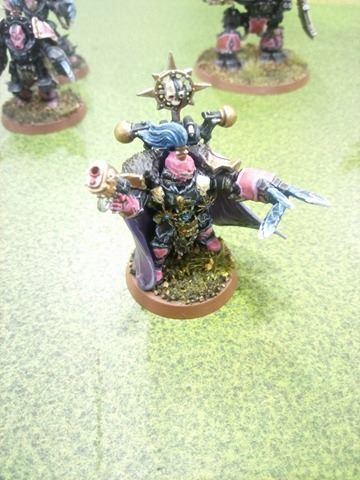 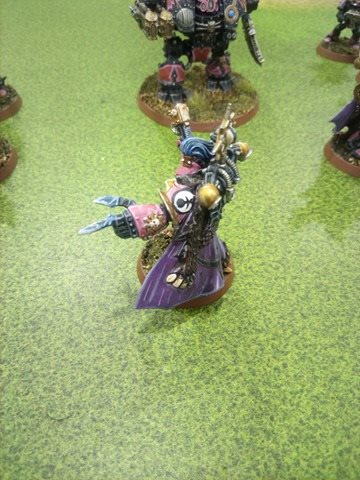 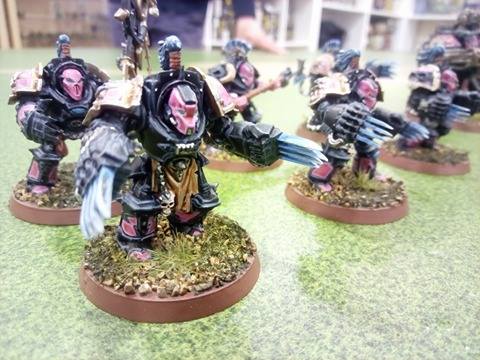 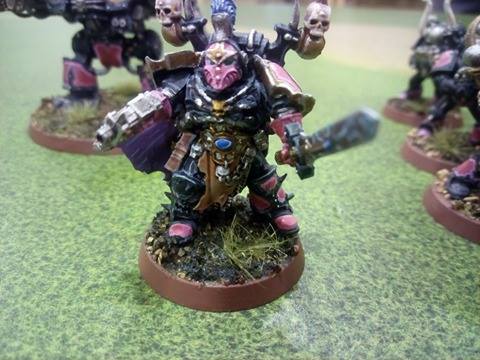 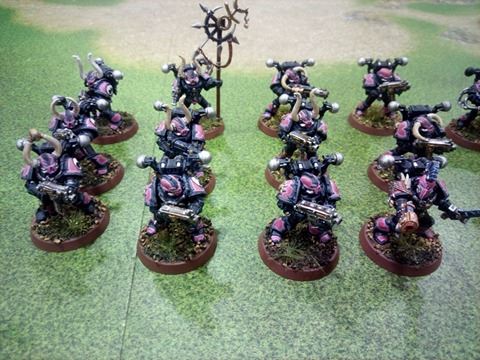 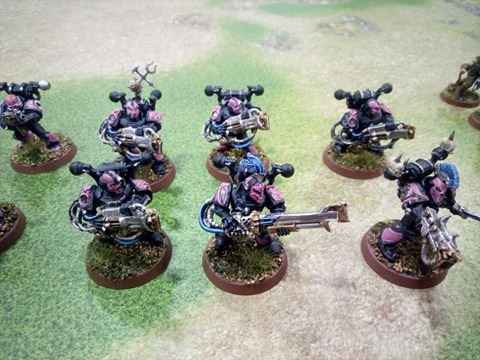 Mortal Fodder - Very much borrowed from time to time by my other armies. 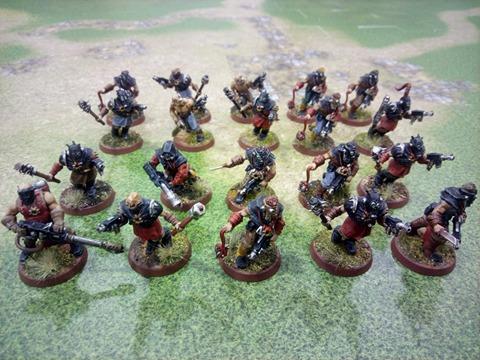 'The Flying Circus of the Mauve Baron - Slaaneshi Raptors 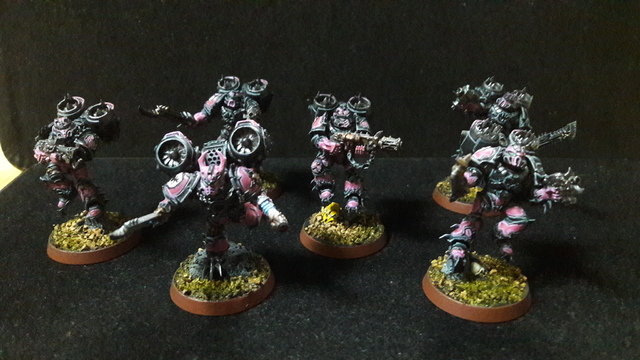 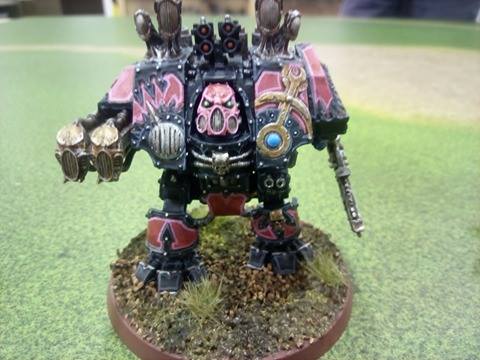 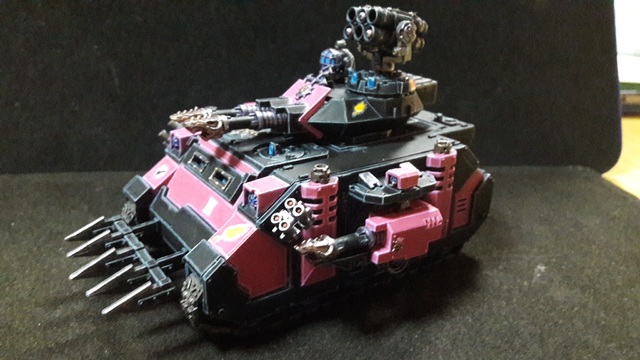 I don't know about uninspired Jose, but it looks pretty damned inspiring to me mate.
I love the names and all of the details you've added such as the Sorcerer and Terminator heads and your Noise Marines just make my heart sing!
We may not have rules for Sonic Dreads anymore but I would be more than happy to face such a fine Dreadnought (I so wish that I had bought one now). A Dreadnought chassis with twin Blastmasters is easy enough to cost and I can't see any right-minded player objecting to such a beauty!

A truly outstanding army and thank you for taking the time to showcase it for us.

If anybody else wants to showcase their army (or models) feel free to post a message and we can work something out...until next time....may Our Lady grant you her number!