As Gary mentioned, the stars have aligned to bring forth an unholy alliance. We both managed to get the same weekend off work (shift work - bah, humbug) and decided to team up for a doubles tournament.

Although my primary collection is my Red Scorpions I have, for a long time (longer than I've been collecting the Scorps to be honest), had a Khornate force for both fantasy and 40k. I fell out with fantasy years ago during 5th or 6th edition but always maintained some berzerkers and rhino APCs. Two or three years ago I was bitten by the chaos bug again and started expanding my collection. Not long after, the Daemonkin codex was released and personally I thought it was a really good book. Not for its power or competitiveness but for its very fluffy approach. Prior to its release the only way to summon khorne daemons to the table was by using sorcerers and this never sat well with me or, I think, the wider khorne player base. With Daemonkin we could get daemons without the hated magic (sorry, psychics) in a very Khornate way. The blood tithe mechanic really encapsulates what Khorne is all about. As your army dies or enemy units are destroyed, your army gets tougher. Let's all shout together - KHORNE CARES NOT FROM WHERE THE BLOOD FLOWS!

Very early on in my renewed devotion to the blood god the Cold Steel Mercs held the inaugural Champions of Chaos weekend. Most, if not all of us, have a chaos collection of greater or lesser size so we decided to battle it out to see who's top dog. Unfortunately for me (or Sladic more accurately - more on him shortly), I finished in last place and endured the humiliation of being locked in the Guilded Cage for a year (a real cage. Sladic was ritually locked in a small ornamental bird cage at the end of the weekend). He's been trying to redeem himself ever since.

So here we are. Although my collection is now quite reasonable, the Alliance tourney is 2k points of which each player has only a thousand points to play with. Gary and I decided not to be too strict in our list building, going for an overall theme rather than detailing what we should take.  We're going for a fast assault force. We realise that the psychic and shooting phases are where it's at in 40k at the moment but what the hell, it's all about the fun, right? Also, Khorne and Slaanesh! What could go wrong?


...Sladic stood in the shadow of the throne, his wings furled, his horned head bowed. He dare not look up. He could feel the fury and anger buffeting him as though a storm raged about him. The sea of skulls stretched to the horizon all around, rising to an impossible mountain of bone before him. Atop the mountain,  sat on an enormous chair of brass and iron, Khorne pronounced his judgement.

'For your failure you will bet set a test. My servants have never before been so humiliated in the Trial of Champions. You have been raised to immortality not as a reward but so that you may endeavour for all eternity to try and please me. My thirst for blood and hunger for skulls is endless and there lies my amusement. You must reap such a tally that my appetite will be sated. We both know this can never be done yet you must try. Further, there is an added condition...'

Despite his fear Sladic could not help himself, the words were uttered before he could stop himself;

The echos of the Blood God's laughter followed Sladic to the mortal realms. He hears them still. 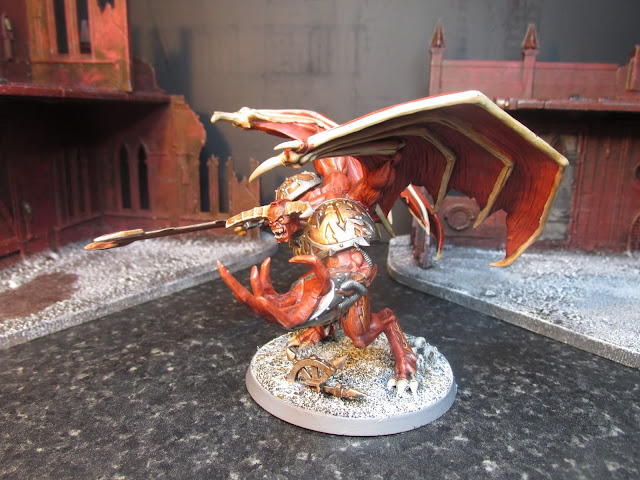 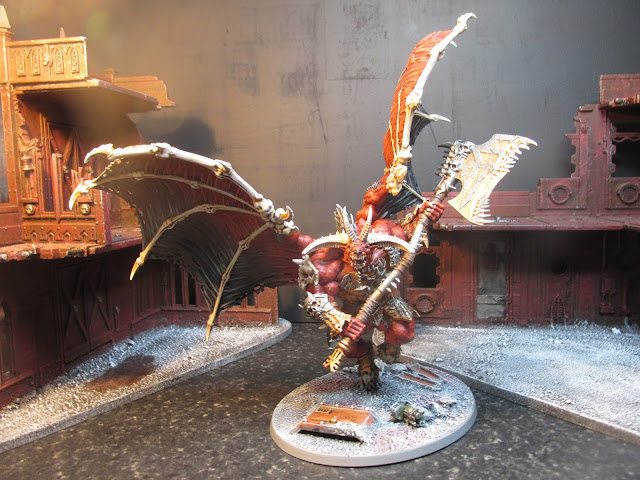 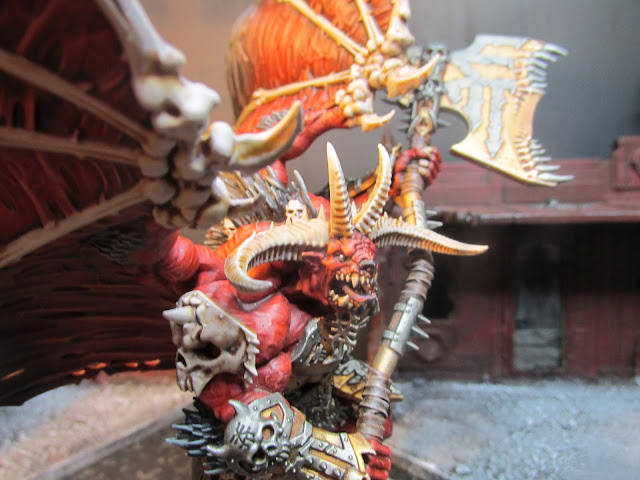 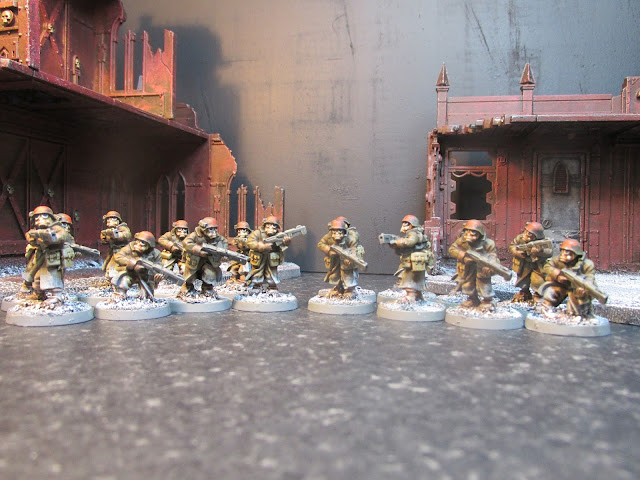 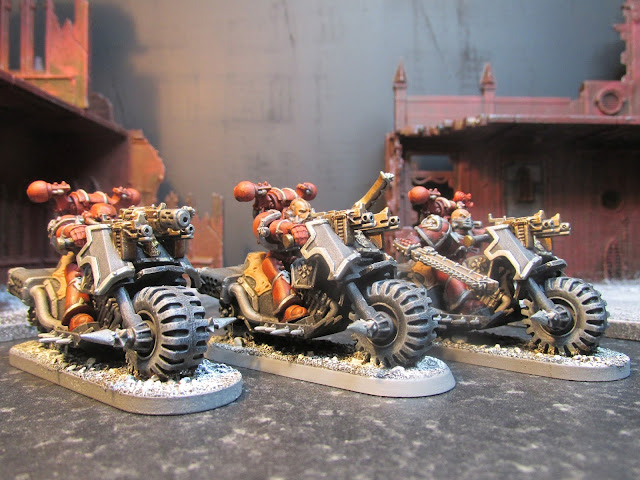 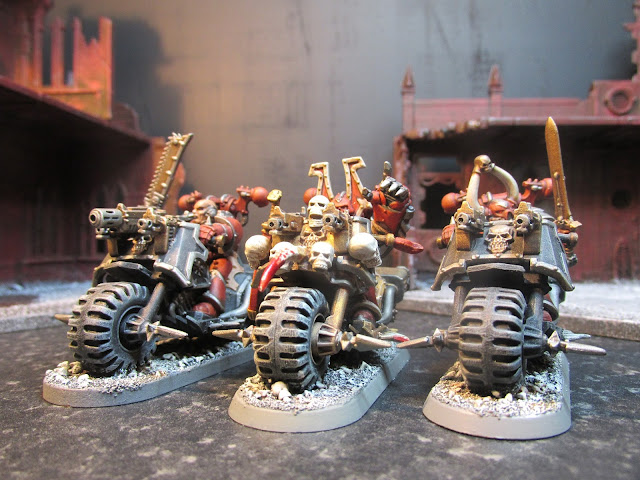 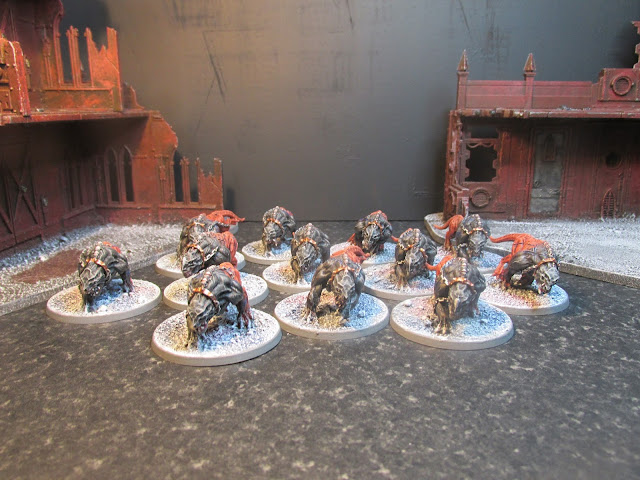 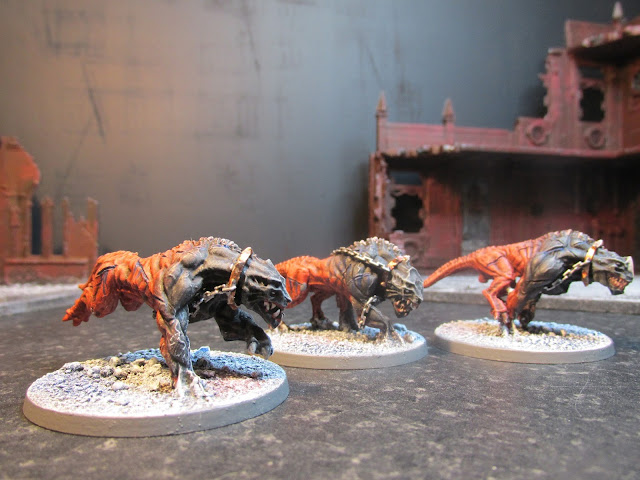 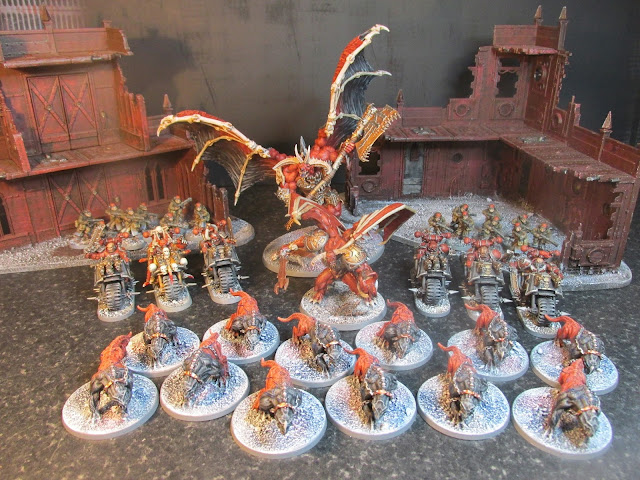 A thousand points on the nose.

Gary will no doubt be doing a round up of the weekend, maybe I will add some insights. I've known Gary for quite a while now, I'm sure at the very least we'll be having some rum inspired fun.