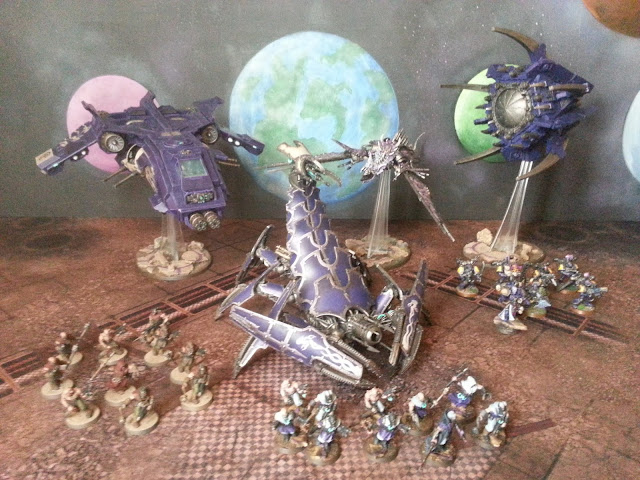 After three days of solid painting, my army is as ready as it's going to get for heat 2 of the UKGT. It seems awfully small for a 1500pt army, but hey, a Scorpion and a Fire Raptor sure eat those points up!


I've run out of time to paint any more, so while most of it is far from finished, it is at least table top ready. The Dreadclaw is going to take a long time to finish, but at least it's got the main colours on it, so it will have to do. I managed to finish Lucian, my Sorceror and I think the new weapon is looks much better than the sword that he had. 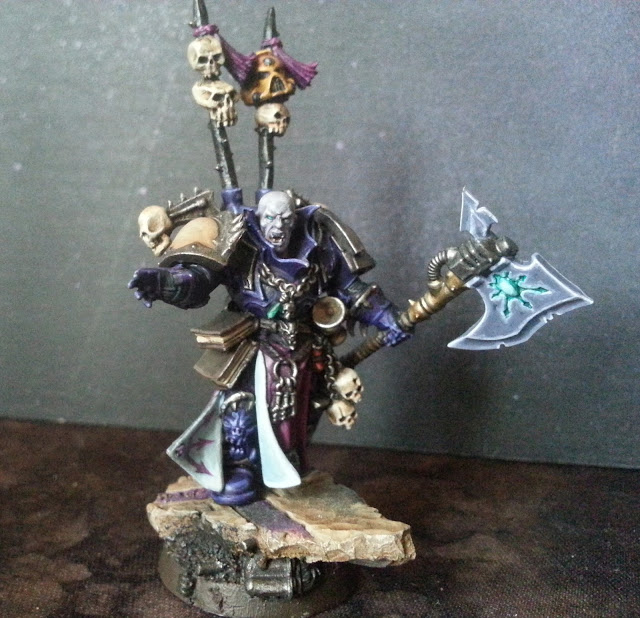 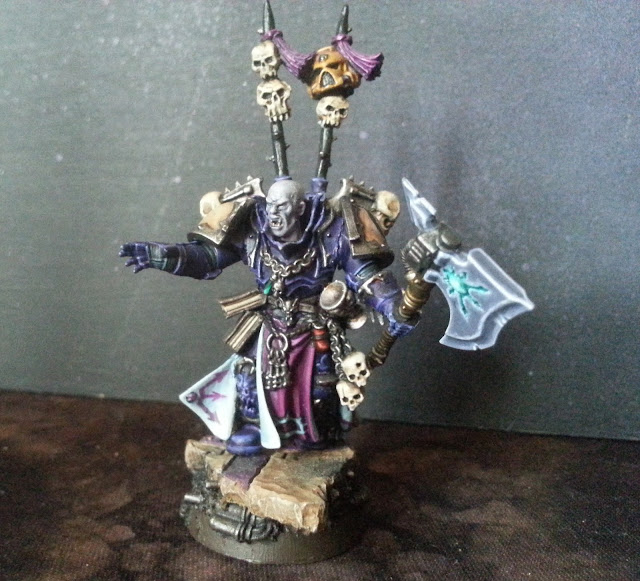 Lucian will be riding in the Dreadclaw along with 6 Chaos Space Marines, so hopefully he won't be seen until the end of the battle.......it means his ride is dead if he is ;-)


The Castigators have never followed the Codex Astartes and vehemently opposed it at its inception. The structure of the Chapter has more in common with their ancient brothers, the Black Templars than their Primogenitors, the Imperial Fists.
Like the Black Templars, the Castigators were originally a Crusading Chapter and their organisational structure reflected this. The Chapter was composed of six cohorts of various sizes, with each cohort operating independently from one another. Movement between the cohorts was commonplace and was determined by operational requirements rather than the stringent dogmatic structure of other Codex Chapters. Since their 'Enlightenment,' this movement between cohorts seems determined more by the whim of the cohort's Commander rather than operational need and has seen each cohort become more specialised in their methods of  warfare.
The 2nd Cohort has always been led by the Castigators' Chief Sorceror and it's no surprise that the 2nd is home to most of the Chapter's psykers. Although Nestor Lustheart is the Chapter Master of the the Castigators, it is Lucian Soulweaver who holds the most influence over the Chapter. This influence extends throughout all of the cohorts and Lucian can call upon many Commanders in supplying him with whatever he desires.....even units that Nestor would baulk at! 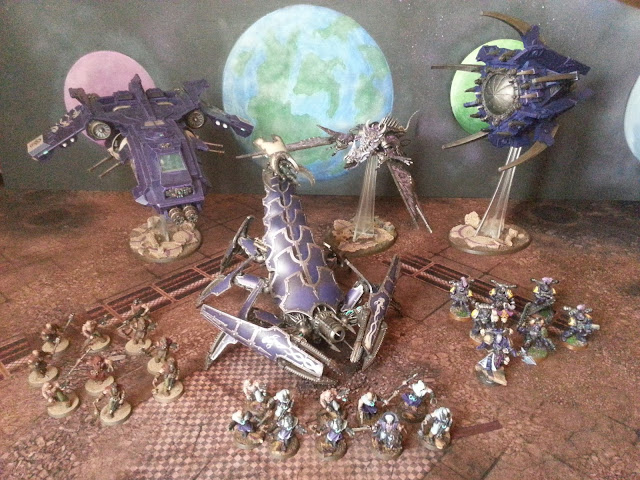 I just have time to type out an army list, pack everything up and then I'm ready to go. I'll have one practice game tomorrow night with my mate Neil in sunny Castleford and hopefully I'll get another practice game against my brother in sin, Steve on Friday. After that, it'll be into the jaws of hell on the Saturday and Sunday......and I promise not to drink too much......honest!
I'll let you know how it goes, until then.....may Our Lady grant you her number.....unless you're playing me at the weekend ;-)